Seventh seed Felix Auger-Aliassime fires 15 aces past Gilles Simon on Thursday for a place in the Stuttgart quarter-finals.

Kudla ousts Monfils in second round

Felix Auger-Aliassime struck 15 aces in a confident display on Thursday against the experienced Frenchman Gilles Simon at the MercedesCup. The 18-year-old Canadian, competing in his first tour-level grass-court tournament this week, won 7-5, 6-4 in 90 minutes to set-up a quarter-final against German qualifier Dustin Brown, who knocked out top seed Alexander Zverev earlier in the day.

Three years ago, Auger-Aliassime partnered Denis Shapovalov to the 2016 Wimbledon junior doubles final (l. to Raisma/Tsitsipas), which, prior to this week, was the last time the World No. 19 played a grass-court event. In a breakthrough 2019, Auger-Aliassime has compiled a 22-12 match record, which includes two ATP Tour final appearances at the Rio Open presented by Claro (l. to Cuevas) and at the Open Parc Auvergne-Rhone-Alpes Lyon (l. to Paire).

You May Also Like: Done & Dustin: Brown Topples Zverev In Stuttgart 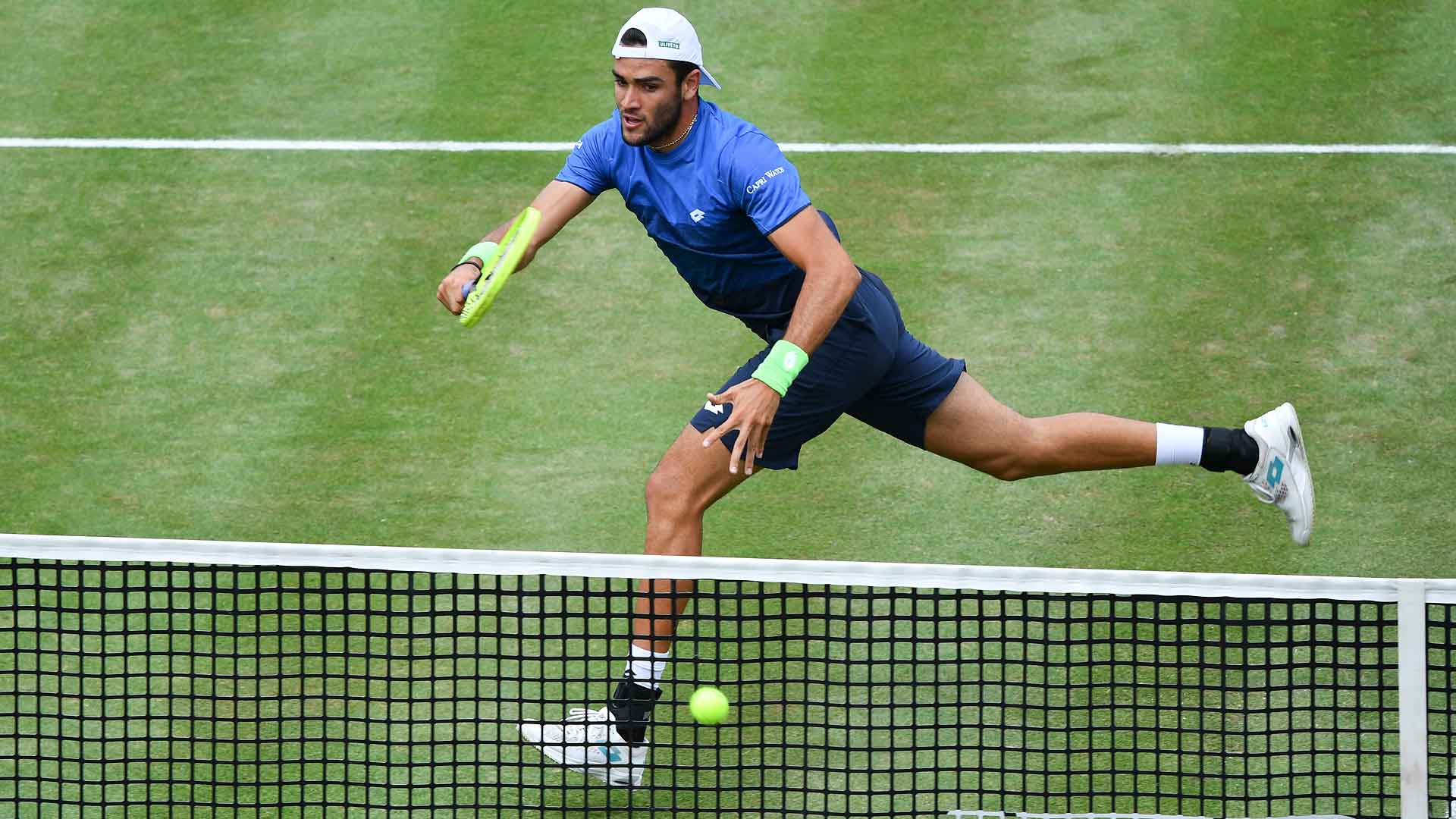 Matteo Berrettini caused an upset when he beat Karen Khachanov, one week on from the Russian competing in the Roland Garros quarter-finals. The 22-year-old Italian recorded his second Top 10 win of the year over second seed Khachanov 6-4, 6-2 in 69 minutes. Last month at the Internazionali BNL d'Italia, Berrettini beat World No. 5 Alexander Zverev 7-5, 7-5 in the second round.

“I played a great match, served really well and did well with my slice,” said Berrettini. “Tomorrow will be a tough match against Denis [Kudla], as he played well today against Gael. I will have to do my best.”

Berrettini, who is now 20-12 on the season, broke Khachanov at 3-3 with terrific anticipation at the net in the first set and then in the first game of the second set when the Russian struck a forehand long of the baseline. Berrettini took a 5-2 advantage with a low forehand volley winner, then closed out the match with a 60-second service hold – finishing with a backhand drop shot winner.

Khachanov, who reached his first Grand Slam championship quarter-final last week in Paris (l. to Thiem), broke into the Top 10 of the ATP Rankings on Monday at a career-high No. 9. He is now 14-14 on the season.

“I’ve always been comfortable on grass, and to beat Gael on any surface is a big win,” said Kudla. “Today was a really big test physically, mentally and I thought I passed it. I was up a break, but he doesn’t give you any rhythm. It’s very tough to stay focused and it came down to the wire.”