Berrettini: 'I Feel The Pressure, But It's A Good Pressure'

ATP Staff
This article contains:
Italian is the sixth seed in Turin

Novak Djokovic is a five-time Nitto ATP Finals titlist and Daniil Medvedev is the defending champion, but all eyes will be on another player at the season finale next week: Matteo Berrettini. The 25-year-old is the lone Italian competitor in Turin.

“I feel the pressure, but it’s a good pressure. It’s so nice to be here,” Berrettini said. “I know that the crowd is going to be on my side, and I really cannot wait to step on the court.”

You May Also Like: For Medvedev, Confidence Is King

When the sixth seed enters the Pala Alpitour on Sunday evening for his clash against 2018 champion Alexander Zverev, all of Italy will be with Berrettini. He is making his second appearance at the Nitto ATP Finals, but his first on home soil.

But the five-time ATP Tour titlist is well aware that he will have not just the pressure of Italy on his shoulders, but the Tour’s toughest foes across the net.

“Obviously on the other side of the net there are going to be the best players in the world, so it’s not going to be easy. But I am one of them, so that helps,” Berrettini said. “I think it’s special. I think that the atmosphere is going to be special. The site and everything, how it’s organised is really nice. I think Italy deserved such an event. Hopefully it’s going to be also good on court.” 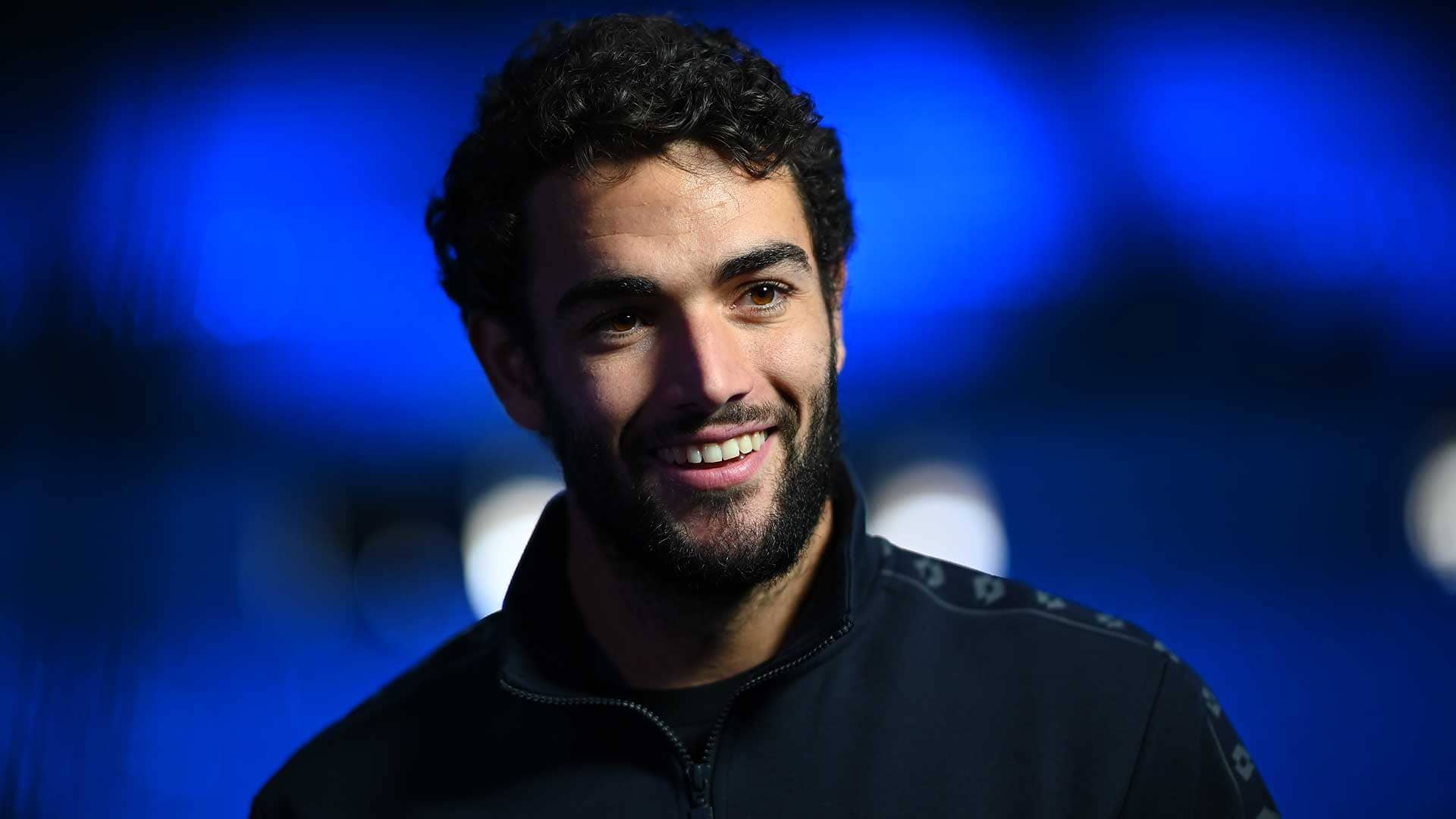 Photo Credit: Corinne Dubreuil/Getty Images
The crowd has been raucous all week at the Intesa Sanpaolo Next Gen ATP Finals in Milan. Expect the Italian fans to be even more excited in Turin, since this is the first time the year-end championships have been held in the country.

“It means a lot. I think it’s one of the best events that we have on Tour and to have the chance to have it in my home country is something unbelievable,” Berrettini said. “At the beginning of the year, it obviously was a big goal, but it was too soon to even think about it. And then match by match, I think I earned it and I’m really happy to be here.”

Berrettini is inspiring people throughout his country. One of the players following in his footsteps is Jannik Sinner, who is the first alternate at the Nitto ATP Finals.

“I think the more Italians there are on Tour, the better it is for everyone. For the crowd, for the fans and for us,” Berrettini said. “Between me and Jannik, there is a really good relationship. We push each other to get better and he’s five years younger, I’m sure he’s going to qualify in the next years.

“But he had an incredible year, so it was really a few points a way, but I think this experience this year is going to help him in the next years.”