Sometimes it's better to be lucky than good. When you're both... well, that’s a powerful combination.

World No. 7 Matteo Berrettini moved into the Australian Open quarter-finals Sunday night after riding his luck to a crucial first-set break against Pablo Carreno Busta, which set him on course for a 7-5, 7-6(4) 6-4 victory.

With the Spaniard serving at 5-5 in the first set, Berrettini beneffited from two dead netcords in the game to break to love. He then responded with “the good” in the following game when he faced a break point at 30/40. He hammered back-to-back aces and closed out the set with a Serve +1 easy put-away forehand.

The Wimbledon finalist is delighted to reach the last eight at Melbourne Park after last year being forced to withdraw from his fourth-round match with Stefanos Tsitsipas due to an abdominal injury.

“It was really tough last year. I really wanted to play, but I couldn’t with the tear in the ab,” he said. “But I believe there is a reason for everything that happens and I’ve been wishing to come back as soon as possible and the way I won today shows how much I care about this tournament.”

Berrettini, who saw just 50 per cent of his serves come back into play in the first two sets, advances to play Frenchman Gael Monfils, a 7-5, 7-6(4), 6-3 winner over Serb Miomir Kecmanovic.

“I was really precise with my serving and he wasn’t reading my serve, which is why I hit a lot of aces,” Berrettini said.

“My serve percentage was high, which was important. I felt I had more energy going into the third set. When my serve is working it’s always good for my tennis.” 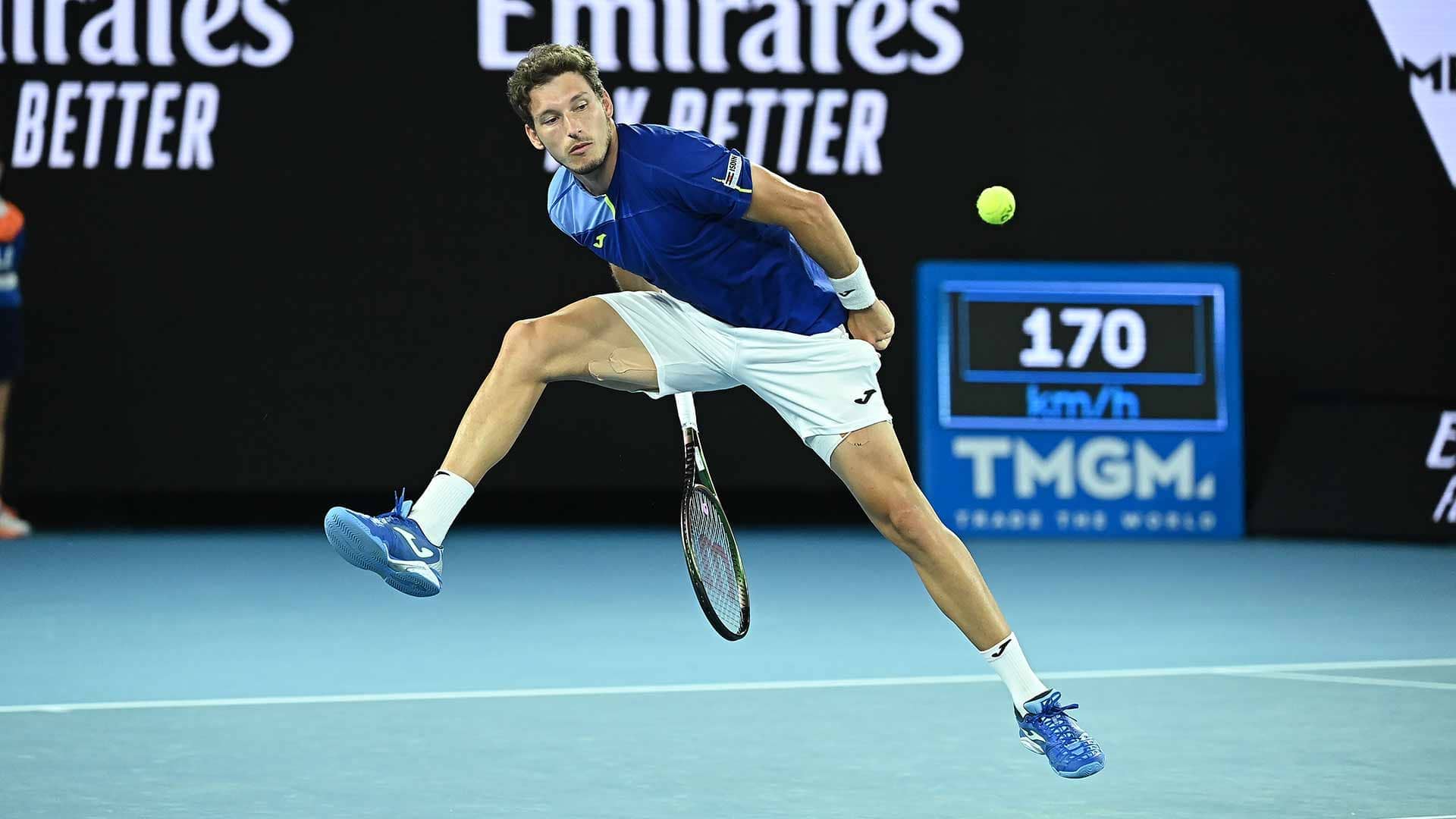 The 25-year-old recorded his first straight-sets win of the tournament, having gone four sets with Americans Brandon Nakashima and Stefan Kozlov in the first two rounds. He then won a pulsating fifth-set tie-break with 18-year-old Spaniard Carlos Alcaraz in the third round.

Berrettini has now reached the quarter-finals at all four Grand Slams, the 10th active player to achieve the feat. He is also the fourth Italian man to reach the last eight in Melbourne (and will hope that he is joined by Jannik Sinner, who plays Alex de Minaur in the fourth round Monday).

Berrettini holds a 2-0 ATP Head2Head edge over Monfils, including a fifth-set tie-break win over the showman in the 2019 US Open quarter-finals.

“It was a really tough match and the emotions were all over the place for me and him,” Berrettini said. “I remember that match with a smile, but it will be a different match this time. For sure it will be a fight.”

Carreno Busta, who has reached the Australian Open fourth round three of the past five years and at least the third round for the past six years, is still searching for his first quarter-final at Melbourne Park.