Matteo Berrettini beats Ugo Humbert without dropping serve in their second-round match at the US Open.

Berrettini Hits Shot Of The Tournament Contender In US Open Win

Matteo Berrettini beat 2019 Next Gen ATP Finals competitor Ugo Humbert 6-4, 6-4, 7-6(6) on Thursday to reach the third round of the US Open, but the match will be remembered for a shot that will go down as one of the best of the tournament.

At 5-5 in the third set, Humbert carved a high backhand volley cross-court to nearly force Berrettini into the stands. But the sixth seed responded by shoveling a very low forehand between the umpire's chair and the netpost on the full run, perfectly placing it inside the court. Berrettini later completed his straight-sets triumph after two hours and six minutes.

"I tried. I saw the space, I really thought that was the only chance I could win that point. I actually never did it in my life," Berrettini said. "I'm happy, I was having fun on the court, so I guess that's why it happened."

The Italian, who broke through at last year's US Open with a run to the semi-finals, crushed 17 aces and was not broken in the match. Humbert is a dangerous lefty opponent who can take the racquet out of an opponent's hands, but Berrettini never gave him the chance. The 24-year-old played aggressively as soon as possible, hitting 48 winners to only 27 unforced errors in his win.

"I actually am really happy for my performance both on serve and return. I think I was returning really well," Berrettini said. "I was feeling confident, but you never know. Every day is different, so I was putting a lot of attention and trying to put pressure [with] my service games. I guess everything worked out really well."

Berrettini will next face Norwegian Casper Ruud, who advanced when #NextGenATP Finn Emil Ruusuvuori retired when trailing 4-6, 3-6, 2-3. Ruud is into the third round of a hard-court Grand Slam for the first time. He defeated Berrettini in straight sets at Roland Garros last year.

"I think he played really well in Paris. Of course it was on clay, but it was a Slam as well. He's like me. He's young, he's playing good. He has a good forehand, a good serve, he's moving well, so it's going to be a great fight." 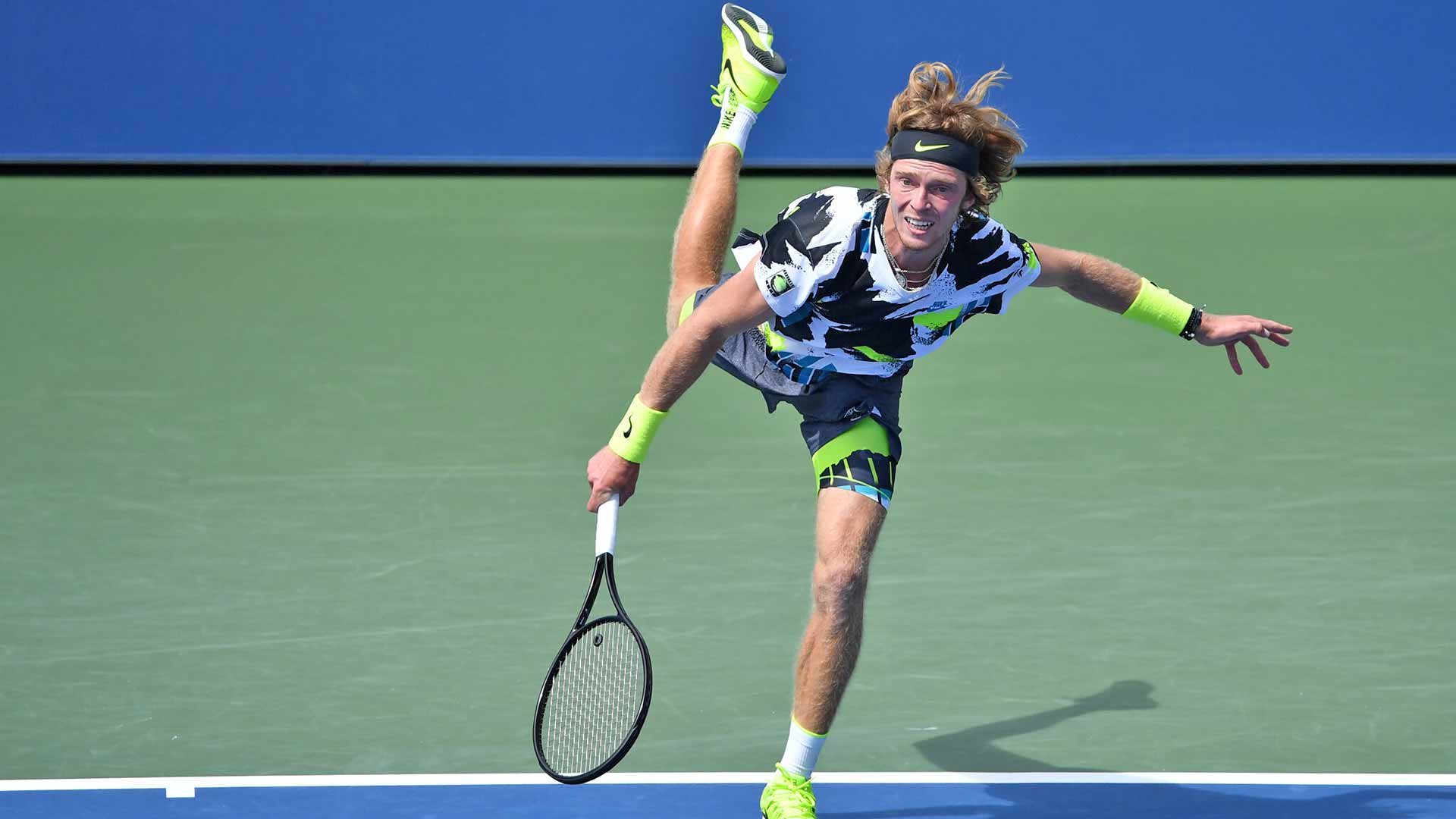 Andrey Rublev lost his first match of the ATP Tour’s resumption at last week’s Western & Southern Open. But the big-hitting Russian, who was red-hot before the pandemic hit, has wasted little time returning to form at the US Open.

The 10th seed eased into the third round at Flushing Meadows on Thursday, beating Frenchman Gregoire Barrere 6-2, 6-4, 7-6(4) after one hour and 51 minutes. He has not lost a set through two rounds.

Rublev’s only hiccup came when he was two service holds from winning in the third set. Barrere buckled down and played some of his best tennis to force a tie-break. But the favoured Rublev recovered to avoid going to a fourth set, striking 35 winners to only 23 unforced errors in his victory. He won 81 per cent of his first-serve points and only dropped serve twice.

The Russian began the 2020 season by winning his first 11 matches, lifting ATP Tour trophies in Doha and Adelaide. Rublev became the first player to win titles in the first two weeks of the season since Dominik Hrbaty in 2004.

With his powerful baseline game, Rublev figures to be a threat on the quick courts of the USTA Billie Jean King National Tennis Center. The 22-year-old, who is at a career-high No. 14 in the FedEx ATP Rankings, will next play Italian Salvatore Caruso, who ousted alternate Ernesto Escobedo 3-6, 6-4, 6-3, 6-4.

Did You Know?
Rublev, Daniil Medvedev and Karen Khachanov on 2 March became the first Russian trio inside the Top 15 of the FedEx ATP Rankings at the same time in history (since 1973).