Continuing our Season In Review series, ATPWorldTour.com looks at the top five comebacks in ATP matches in 2018.

5. Nicolas Jarry d. Leonardo Mayer, Millennium Estoril Open, First Round (Match Stats)
By the end of 2018, Nicolas Jarry of Chile would make comebacks against more established players somewhat of a habit (see Upset vs. Cilic, Shanghai). But in May, when he fell behind 3-6, 5-6, 0/40 against Leonardo Mayer of Argentina, Jarry's future at the Millennium Estoril Open very much looked finished.

Mayer had won two titles from four clay-court finals, and he hadn't donated anything against Jarry, saving all three break points before bringing up the trio of tickets to the second round. But Jarry came to life, saving four match points in the 11th game and two more in the tie-break – 5/6, 6/7 – before advancing 3-6, 7-6(7), 6-4.

Menendez-Maceiras beat France's Jeremy Chardy to reach the quarter-finals, where he fell to Adrian Mannarino. The Spanish veteran wouldn't win another tour-level match all year. Johnson, however, won two ATP World Tour titles (Houston, Newport) and reached another final at the Winston-Salem Open. 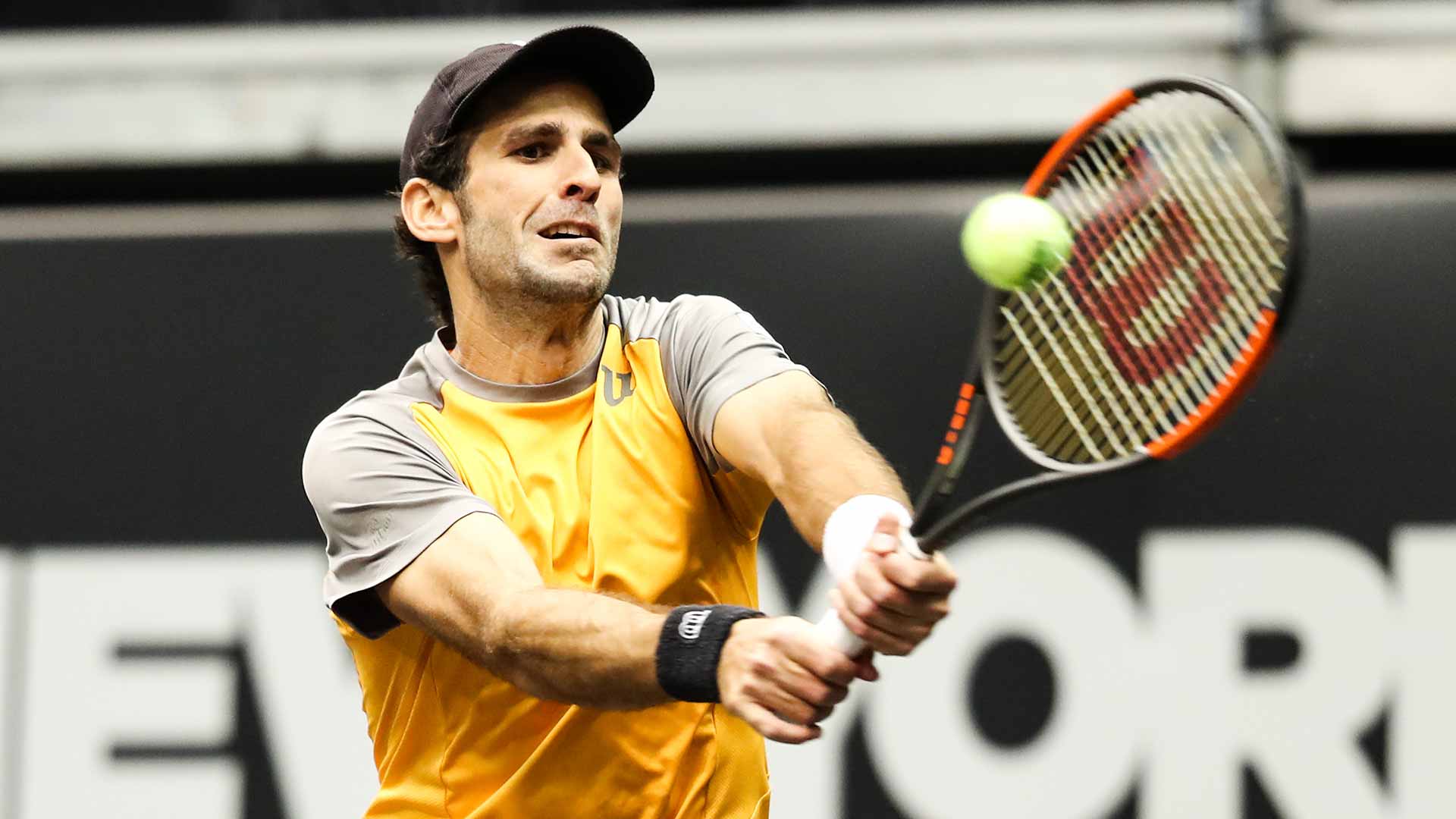 3. Jeremy Chardy d. Fabio Fognini, BNP Paribas Open, Second Round (Match Stats)
Jeremy Chardy, a mainstay of French tennis since he turned pro in 2005 and a former Top 25 player (2013), had fallen on hard times. Before the BNP Paribas Open, the affable Frenchman had dropped to No. 100 in the ATP Rankings, the first time since 2012 three digits were next to his name. To say he needed a turnaround tournament would have been an understatement.

Fabio Fognini, meanwhile, was off to one of his best starts. He made two semi-finals (Sydney, Rio) and won the Brasil Open in Sao Paulo (d. Jarry).

So when the Italian surged ahead to a set and double-break lead, 6-4, 4-1, you couldn't have blamed the chair umpire if he was already thinking about his next match.

More: Chardy Goes 'On The Line' With ATPWorldTour.com

But Chardy, behind rockets for forehands, held for the remainder of the set and broke Fognini twice to force the decider. In the third set, Chardy, who had been broken four times in the first two sets, never even faced a break point to reach the third round 4-6, 7-6(2), 6-4.

Chardy would go onto reach the quarter-finals before falling to top seed Roger Federer. The Frenchman finished the season at No. 40.

Fognini showed the loss was a mere hiccup in what became a banner season. The Italian won three titles and finished at a personal year-end best No. 13.

2. Marin Cilic d. Novak Djokovic, Fever-Tree Championships Final (Match Stats)
Novak Djokovic was still not his dominant self when he strolled into the final – his first in 51 weeks – at The Queen's Club against Marin Cilic. But the Serbian still had to be feeling confident ahead of his 16th FedEx ATP Head2Head meeting with the Croatian.

Their rivalry before that sunny Sunday afternoon: Djokovic had won 14 of their 15 matchups, and 34 of 41 sets. There is domination, and then there is what Djokovic had done to Cilic since they first met in Dubai a decade earlier.

Yet the 2017 Wimbledon finalist, as upbeat and polite as they come on the ATP World Tour, isn't one to feel sorry for himself. Cilic dropped the opener when he netted a backhand while serving at 5-6, and Djokovic had his first match point at 7-5, 5-4, 40/30. Then the comeback began.

Cilic erased the match point with an ace, and came back, undeterred, from 1/4 down in the second-set tie-break to force the decider. Cilic had lost both of their grass-court matches and had beaten Djokovic only at Paris in 2016.

Yet as Cilic smashed a forehand to even the match, he walked to his bench looking like a man who thought he could win his second Fever-Tree Championships title: fist clenched, eyes glaring at his box.

Cilic, on the sprint, scooped a forehand past an approaching Djokovic as the Serbian served at 40/40, 3-4. On break point, Cilic pulled Djokovic wide, and the Serbian netted a routine backhand.

Djokovic, however, regrouped quickly to have the last say on grass in 2018. He won his fourth Wimbledon title and 13th Grand Slam crown (d. Anderson). Cilic, meanwhile, fell to Guido Pella of Argentina in the second round, one of the biggest upsets of the season.

1. Alex de Minaur d. Andrey Rublev, Citi Open SF (Match Stats)
#NextGenATP had taken over the Citi Open in Washington, D.C., and Alex de Minaur was out to prove he was the best of the 21-and-under bunch. De Minaur, Russian Andrey Rublev, Alexander Zverev of Germany and Greece's Stefanos Tsitsipas all had made the semi-finals of the ATP World Tour 500-level event.

It was the first time since 1995 (Buenos Aires: Moya, Mantilla, Corretja, Novak) that four 21-and-under players reached the semi-finals at a tour-level event. But the 19-year-old Aussie was up against Rublev, who was trying to reach his second ATP World Tour final of the season (Doha, l. to Monfils).

The Russian, despite playing his second match of the day in the rain-delayed tournament, had brought up four match points, at 6/2 in the second-set tie-break. Yet De Minaur rallied to win six consecutive points and even the match 5-7, 7-6(6) against the Russian, who had been hitting lines all evening but missed a backhand wide to drop the second set.

De Minaur raced ahead in the decider when, seeing a break point at 3-2, he chased down three Rublev forehands deep in his own forehand corner before sprinting to the net to crush a forehand winner for the break.

The Aussie advanced to the final 5-7, 7-6(6), 6-4 but fell to Zverev, who repeated as champion in D.C. Both De Minaur and Rublev, however, ended their seasons on high notes at the Next Gen ATP Finals in Milan. De Minaur made the final (l. to Tsitsipas), and Rublev finished third (d. Munar).