Yesterday we looked at three of the best ATP Tour comebacks of the season. Now, we will complete the top five with the two best comebacks of 2020. 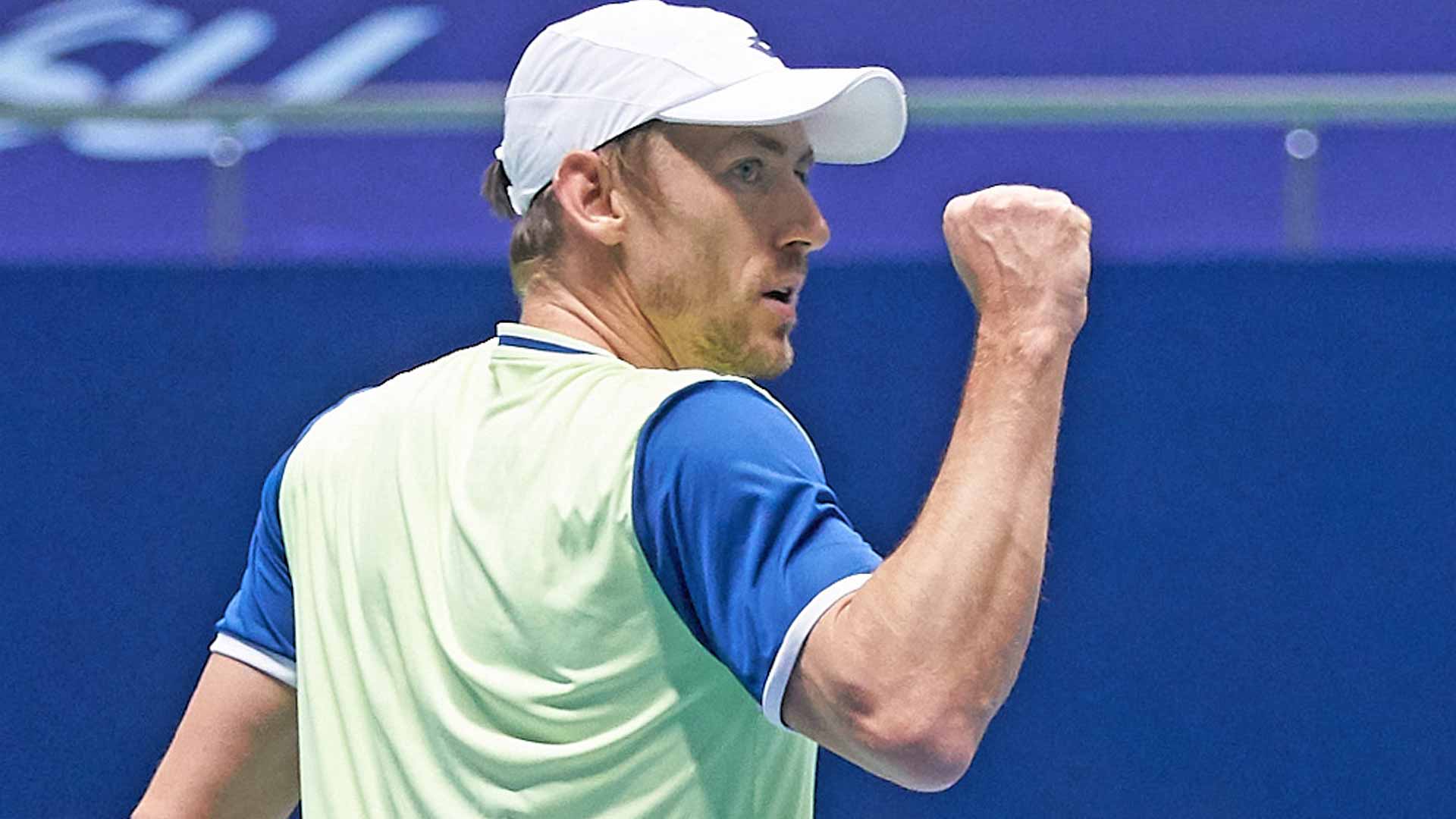 2) John Millman def. Tommy Paul, Astana Open, Nur-Sultan, QF, 30 October 2020 (Match Stats)
John Millman has made his career as a workhorse, grinding away no matter the score or opponent to achieve his results. That’s how he beat Roger Federer at the 2018 US Open and nearly defeated the Swiss legend at this year’s Australian Open.

But one thing missing from his resume was an ATP Tour title. In 2018, he fell short in the Budapest final. Last season, he went on a dream run to the Tokyo championship match, but was outplayed by Novak Djokovic.

At 31, Millman is playing some of his best tennis. But time loses to no man, and there was no guarantee the Aussie would earn another chance at tour-level glory. At the Astana Open, he was in heaps of difficulty against Tommy Paul.

The American served for the match at 5-3 in the third set, playing aggressively to put himself in a winning position. He earned two match points in that game, but double faulted into the net and missed a mid-court forehand long. A majority of the time, Paul would have smacked a winner or gotten an easy volley off that forehand, but it was an opportunity lost.

Somehow, Paul settled himself and took a commanding 5/0 lead in the ensuing tie-break. He appeared in control, counter-punching aggressively to put the Aussie on the back foot. But Millman put on his hard hat and went to work, forcing Paul to take the match from him, making no mistakes. That put pressure on the 23-year-old, who began mis-firing, allowing the Aussie to pull off the stunning 6-7(5), 6-4, 7-6(5) win. Two matches later, he lifted his first ATP Tour trophy.

“When I was facing those match points in the quarter-finals, I wouldn’t have thought that a couple of days later I would be lifting the trophy. But it is something that I have built my brand on, I guess. It is the one thing I can control: to never say die and never quit the fight,” Millman said. “Tommy was playing some good tennis and probably deserved to win, but it is funny. Sometimes when you are so close to going out of a tournament, it is funny how quickly you can turn that around. It just goes to show you are never out of a fight until it is over.”

1) Novak Djokovic def. Gael Monfils, Dubai Duty Free Tennis Championships, Dubai, SF, 28 February 2020 (Match Stats)
Novak Djokovic doesn’t often find his back against the wall. That’s why he’s the No. 1 player in the FedEx ATP Rankings. But the Serbian needed every bit of skill and luck he could muster to save three match points against Gael Monfils in the Dubai semi-finals.

When the Frenchman is firing on all cylinders, there’s very little any opponent can do about it. Monfils is arguably the fastest player on the ATP Tour and he has the ability to hit through any opponent when he decides to play aggressively. When everything clicks, he has the talent to beat anyone.

Monfils entered this semi-final clash with an 0-16 ATP Head2Head record against Djokovic, but it appeared to make no difference. Within five games he hit a jumping swinging backhand volley, sprinted forward to hit a winner off a drop shot few players would have gotten to and showed his intention to dictate play.

Djokovic’s 16-match winning streak to begin the season seemed in jeopardy. The World No. 1 was not at his best, making some errors, especially as he began to earn more opportunities in the second set. But part of that was because of the pressure Monfils was putting on him, which helped the Frenchman go up 6-2, 3-1.

The Serbian got back on serve, but the second set went to a tie-break, in which the pressure hit its climax for Monfils. The Frenchman took a 6/3 lead, earning three consecutive match points. “It's all or nothing. It's a matter of life or death at that point,” Djokovic later said.

There was one glaring issue for Monfils: he had to finish the job. Djokovic wouldn’t let him do so. The Frenchman went for and landed a huge second serve down the T at 6/3, but the Serbian guessed the right way and made a forehand return deep in the court, eliciting a backhand error from Monfils, who would then miss forehands on the next two points to watch his final two opportunities slip away.

Monfils was so close to earning his Vitas Gerulaitis moment and being able to say, “Nobody beats Gael Monfils 17 times in a row!” But Djokovic summoned his best tennis under pressure, and he ran away with the third set in a 2-6, 7-6(8), 6-1 victory.

“It's like being on the edge of a cliff,” Djokovic said.. “You know there is no way back, so you have to jump over and try to find a way to survive I guess and pray for the best and believe that you can make it.”

Djokovic went on to beat Stefanos Tsitsipas for the title and win his first 26 matches of the season and 29 straight overall, marking the second-longest winning streak of his career.

One timely shot by Monfils — or a mis-step from Djokovic — could have changed it all.