Ernests Gulbis took out Felix Auger-Aliassime at the Australian Open.

Continuing our review of the 2020 season, today we look at three of the top five upsets of the year at Grand Slam level. We'll review the top two tomorrow. Next week, we'll look at the best matches, comebacks and upsets at ATP Tour tournaments.

Five years ago, Ernests Gulbis was a fixture in the Top 20. At the time, Felix Auger-Aliassime (FAA for short) was a 15-year-old earning his first points at Challenger and Futures events in places like Lima, Peru and Drummondville, Canada. But when they met this year in the first round of the Australian Open, their careers seemed to be heading in opposite directions.

Gulbis—one of the more colourful and quotable players in the game— came into the match ranked No. 256 and had to win three qualifying matches to enter the main draw. His last win in the main draw of a major came at Wimbledon in 2018, when he beat Alexander Zverev on his way to the fourth round.

Some of his recent tennis travels prior to the tournament included ATP Challenger Tour events in New Caledonia, Vancouver, and Los Cabos, where he won his last tour-level match six months before. Gulbis hadn’t won a main draw match at the Australian Open in six years coming into the event.

Felix, then No. 22 in the FedEx ATP Rankings, arrived Down Under resembling a shooting star, coming off a season in which his ranking rose from No. 106 to 17 before falling back a few places by season’s end.

FAA arrived in Melbourne coming off a solid semi-final appearance at the Adelaide International the week before, when he fell to eventual champion Andrey Rublev 6-4 in the third set. He also beat Gulbis—once a teen sensation himself back in 2008, when he made it to the quarter-finals at Roland Garros at 19— in Stuttgart several months prior in their only career match.

But no-one’s ever won a tennis match by submitting their resume to the chair umpire, and the veteran carried his momentum from the qualies right into 1573 Arena, where the Latvian veteran took down the young Canadian 7-5, 4-6, 7-6(4), 6-4 in three hours, 35 minutes. FAA made 44 unforced errors, including seven double faults and wily Gulbis made effective use of his fine drop shot and unorthodox forehand.

Gulbis was emotional after the win, discussing his long road back to relevancy.

Gulbis won his next match against Aljaz Bedene, then fell in the third round to Gael Monfils. 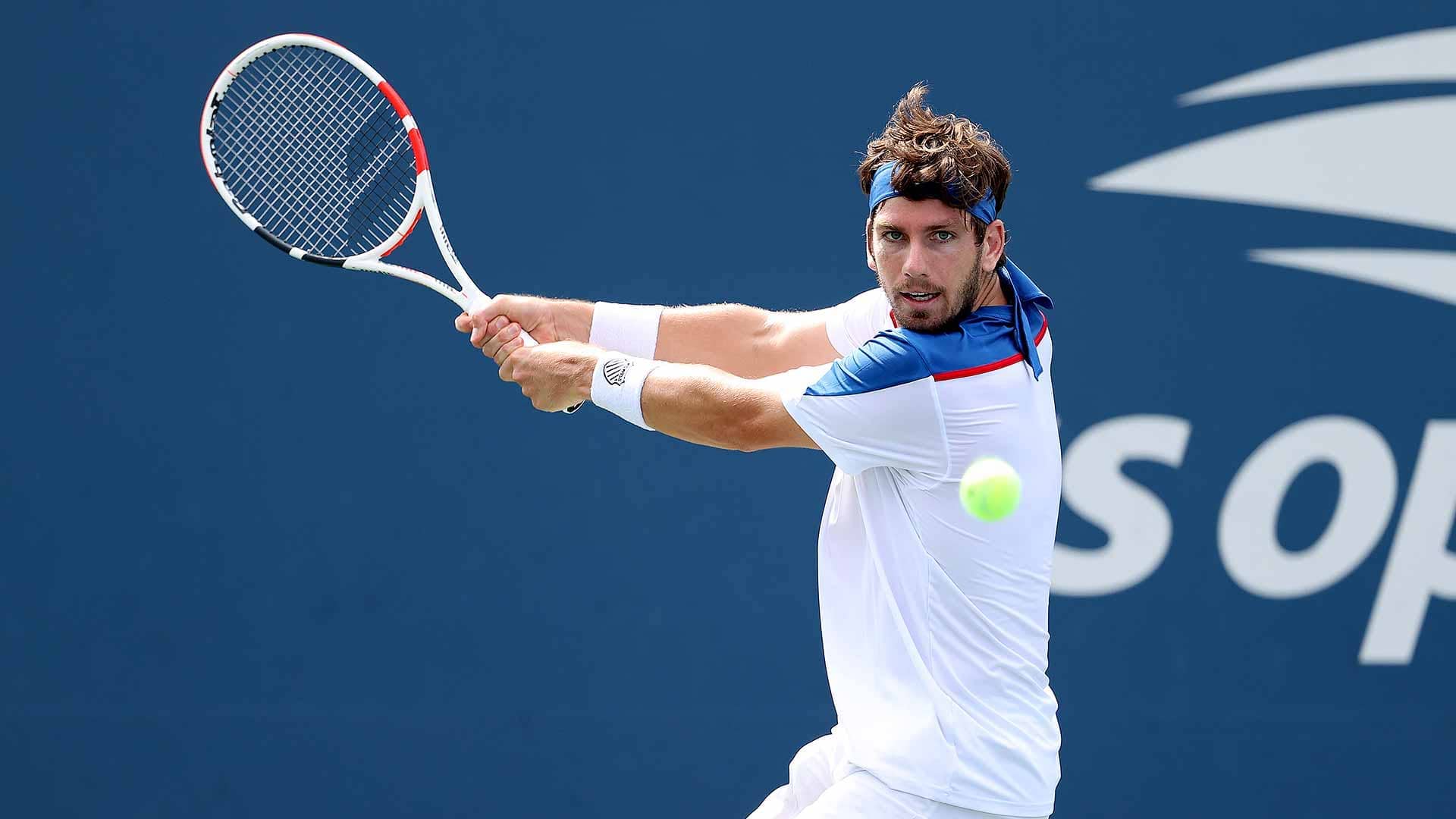 Like all tennis coaches, Juan Ignacio Chela will never tell the press about the game plans he devises for his charge, Diego Schwartzman. But rest assured that prior to Diego’s first-round match against Cameron Norrie, Chela didn’t draw up a game plan for the tournament’s ninth seed that included winning only 53% of his first-serve points, giving up 31 break points and hitting 50 more unforced errors (81) than winners (31).

Unfortunately for Schwartzman, he did all those things, and yet, in a testament to his fortitude, still managed to stay on court for a minute shy of four hours before losing what was one of the strangest and most intriguing upsets of the year.

Norrie, ranked No. 76 at the time, has an extensive passport collection thanks to his international upbringing: He was born in South Africa to a Scottish father and Welsh mother, but played for New Zealand until switching to Great Britain at age 16.

The men split their two prior encounters, with both going the distance, but it looked like a mismatch early on as the Argentine, who is nicknamed “El Pelque” (shorty), took the first two sets 6-3, 6-4.

You May Also Like: Federer, Thiem In Top 2 Slam Comebacks Of 2020

“I was making way too many errors,” Norrie would comment after the match. “He'd done almost nothing to be two sets up."

Norrie started playing more aggressively in the third set, approaching the net with regularity and generating break points as fast as lottery machines spit out losing numbers, though he converted just 11 of his 31 chances. In fact, fans who hate Big Man tennis with dominating servers were in heaven, as the players combined for a tournament record 58 break points.

Schwartzman was rightfully in a foul mood late in the match and appeared to be struggling physically in the fifth set. Nevertheless, he dug deep, as he always does, and streaked out to a 5-3 lead in the decider, only to have the Brit save one match point and then another at 5-4. A clearly hobbled Schwartzman saved two match points of his own, but lost the last four games, giving Norrie an improbable 3-6, 4-6, 6-2, 6-1, 7-5 win he’ll never forget.

“The tennis and the level wasn't that great but I had a good attitude throughout and I was happy with that," Norrie said after the match. "I'm lucky to get through that... it was a tough one…Fifty-eight [break points] is a lot.”

Norrie beat another Argentine, Federico Coria, in the next round and then was ushered out of New York by Alejandro Davidovich Fokina in the third round. It was his best result at a major, and it’ll probably be the only match he’ll ever play with 58 break points. 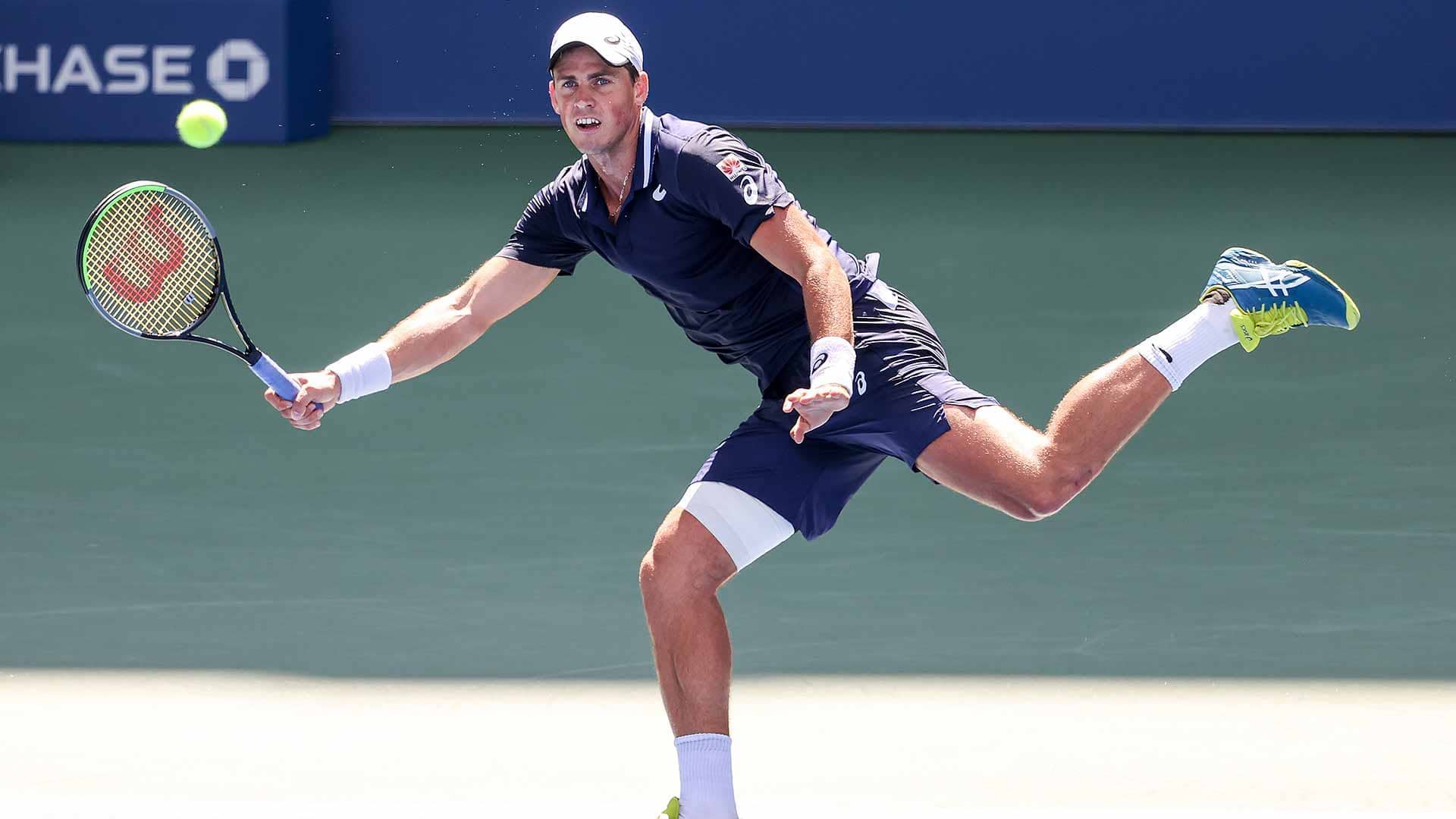 Perhaps it shouldn’t be considered an upset any time a man whose motto is “Anything is Pospisil” wins a match, but we believe the Canadian belongs here by virtue of a pair of stunning upsets he pulled off at the US Open against his countryman Milos Raonic and the Spaniard Roberto Bautista Agut.

Pospisil’s 2020 breakout came at the US Open, but for Canadians, it felt like the Canadian Open too. After all, it was the first time four Canadian men made the second round of a Grand Slam event since five players advanced out of the first round of the 1959 US Championships. Pospisil’s opponent was a very familiar face. He and Raonic, who are six months apart in age, grew up on opposite sides of the country — Pospisil is from Vancouver, Raonic from Ontario — and have been playing each other since their junior days.

World No. 94 Pospisil was enjoying a bit of a resurgence since returning from surgery for a herniated disc in 2019. He helped Canada reach the 2019 Davis Cup final and reached his second career final in February in Montpellier, France. But Milos had just reached the final of the Western & Southern Open, where he lost to Novak Djokovic, and entered the match as the clear favourite.

The result that appeared most pospisil after Raonic blitzed him 7/1 in the first set tie-break was a straight-sets win for Milos, the No. 25 seed. Raonic’s serve can be like an extremely difficult language to learn—some will never do it, others might be able to get by perhaps, but it takes time.

It took Pospisil a good set to reacquaint himself with the hell that is his old friend’s serve, but once he did so, he began to cruise, serving a lot like his old friend, and painting lines with forehand winners. On the strength of 20 aces and 40 winners, he took the next three sets and the match, 6-3 7-6(4), 6-3.

“Playing a Canadian is always tricky, especially someone like Milos who I've know for my whole tennis career," said Pospisil, who saved all five break points he faced in the match.

It was a great win for the comeback kid from Vancouver, but he wasn’t done yet. In the next round, he stunned the tournament’s red-hot No. 8 seed, Bautista Agut, 7-5, 2-6, 4-6, 6-3, 6-2 in a three hour, 40 minute marathon of contrasting styles, the Canadian attacker defeating the Spanish defender. Pospisil seemed to find another level in the match, mashing 70 winners en route to a berth in the tournament’s fourth round for the first time where Alex de Minaur brought his Cinderella run to a screeching halt.

“Any time you can get wins like this against top players of the sport is huge,” said Pospisil after beating Bautista Agut. “To do it on a big stage like this and make the fourth round of a Grand Slam is a really big deal.”