ATPWorldTour.com marked a number of milestones and historic anniversaries throughout 2018

Celebrating 50 Years Of Open Tennis
Fifty years ago, tennis was a non-commercial enterprise with amateur players receiving tournament expenses, often better than the living wage, and were still able to compete in the world’s leading tennis tournaments. Across the great divide, ever since the first pro tour in 1926, were a small band of former amateurs turned contract pros, who had been banished from the public spotlight and criss-crossed the globe in search of a pay cheque.

Over the course of one eventful decade, starting in the late 1950s, a handful of leading powerbrokers began to effect a change in the way the sport was promoted, for a free, shared market that led to the modern professional game of superstar athletes. On Monday, 22 April 1968, that all changed. Read Exclusive Feature

A Shared Dream: 50 Years Of Tennis In Washington, D.C.
The Citi Open celebrated its 50th edition this year with one of the best fields in the history of the ATP World Tour 500 tournament. While the muggy heat of Washington, D.C., which tests out every players’ physical conditioning, endures, back in 1969, in the infancy of Open tennis, when doors were — in some cases, reluctantly opened to amateur, contract and professional players — a small group of dedicated individuals took tennis out of the traditional country clubs to a racially integrated district of the city. The original tournament team was small in number and facilities at Rock Creek Park were far from world-class, as they are today. Read & Watch Exclusive Tribute 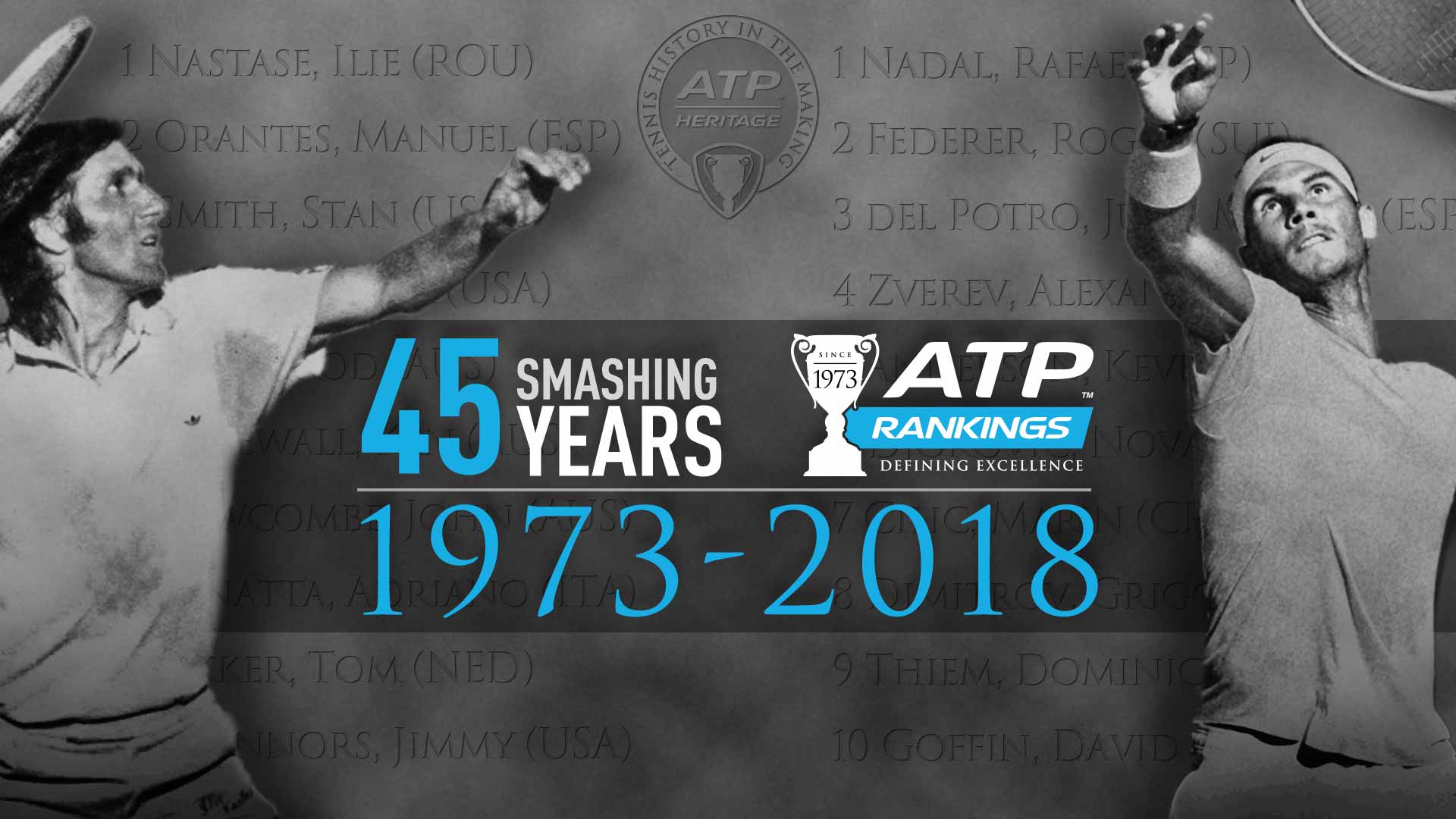 45 Years Of The ATP Rankings
The ATP Rankings were born on 23 August 1973. After quickly earning legitimacy and credibility, the Rankings have become an indispensable part of tennis accepted universally by players, tournaments and fans. Read Exclusive Feature

30 Years Of The Tour Born In A Parking Lot
Few tennis media conferences have resonated like 'The Parking Lot Press Conference', held 30 years ago on 30 August 1988, a seminal moment in ATP history. Read Exclusive Feature

Djokovic also played the 1,000th tour-level match of his career on 13 October when he beat Alexander Zverev for a place in the Rolex Shanghai Masters final.

Federer & Mike Bryan Return To No. 1
By overtaking Nadal on 19 February at 36 years old, Federer became the oldest player to capture the No. 1 ATP Ranking since the Rankings were created in 1973. It had been five years and 106 days since the Swiss had previously held top spot, a record for longest time between stints atop tennis' mountain.

At 40 years and 78 days old, Mike Bryan also became the oldest player to top the ATP Doubles Rankings on 16 July. While the American already owned the record for the most weeks atop those standings, Bryan has not let go of the spot since, and he has now spent 475 weeks as World No. 1.

John Isner struck his historic 10,000th ace in the fourth game of the deciding set in his quarter-final in Houston against compatriot Steve Johnson. The American became just the fourth player to join the elite group, which includes Ivo Karlovic, Roger Federer and Goran Ivanisevic.

You May Also Like: Novak, Rafa & Roger Lead 2018 Milestone Achievers
More stories like this in:
Premier Partner