Tommy Haas announces his retirement on 15 March 2018 at the BNP Paribas Open, where he is the Tournament Director.

Continuing our Season In Review series, ATPWorldTour.com pays tribute to six players who retired in 2018. In part two of our two-part series, we will look back at the careers of five other players, including Mikhail Youzhny. 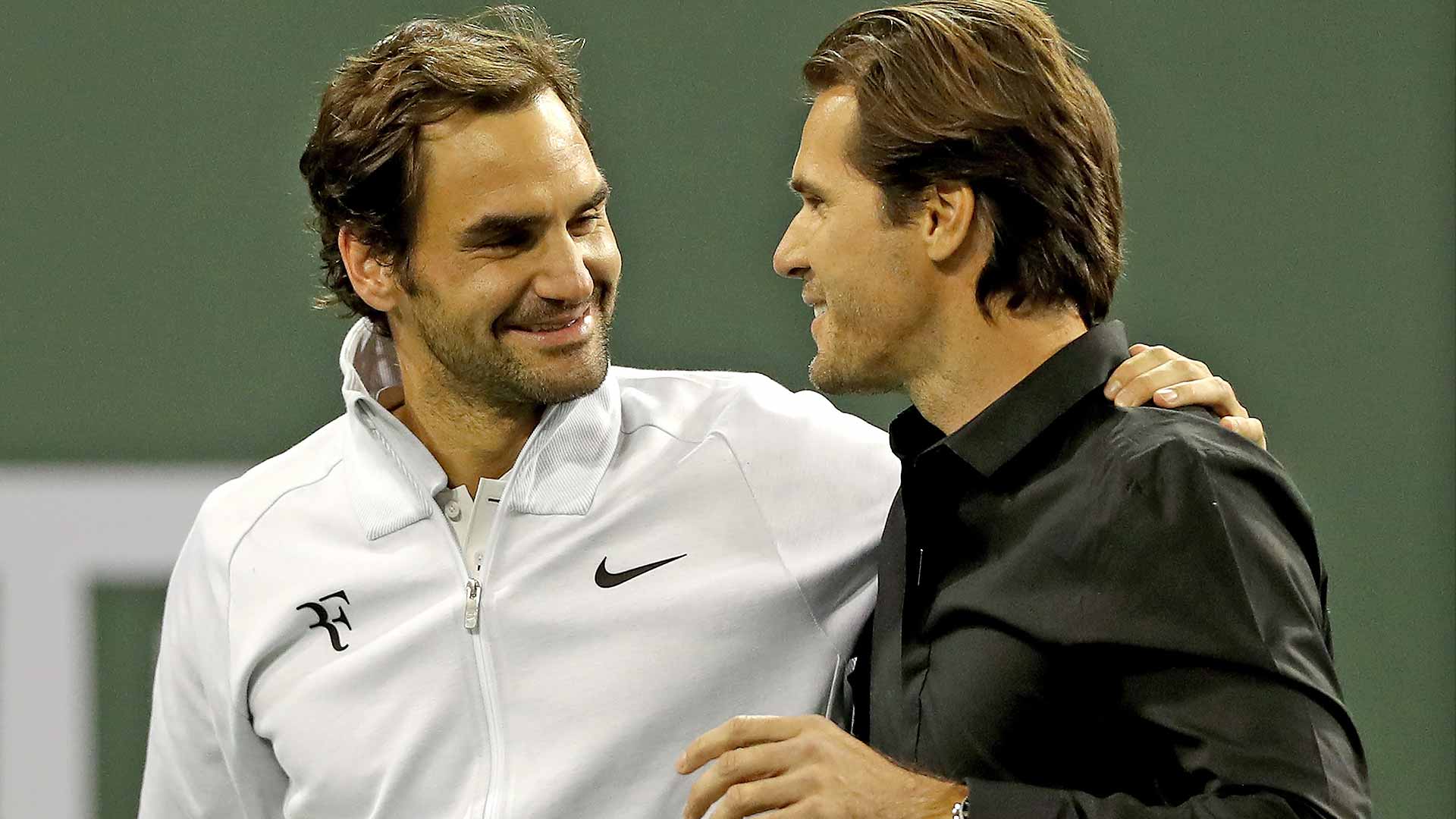 Tommy Haas (Retired: 16 March), career-high No. 2
There were many highs and injury lows — nine surgeries in total — during the German’s career, which took him to as high as No. 2 in the ATP Rankings on 13 May 2002 and eight Top 20 season finishes. The 39-year-old Haas lifted 15 ATP Tour trophies from 28 finals, he won 569 matches—second-most among Germans in the Open Era to Boris Becker (713) and earned the silver medal at the 2000 Sydney Olympics. He was twice named as the ATP Comeback Player of the Year in 2004 and 2012, with his final tour-level match win coming against his good friend, Roger Federer, in June 2017 at the MercedesCup in Stuttgart. In June 2016, Haas was named Tournament Director of the BNP Paribas Open in Indian Wells, a role he will continue in his playing retirement. Read & Watch Tribute 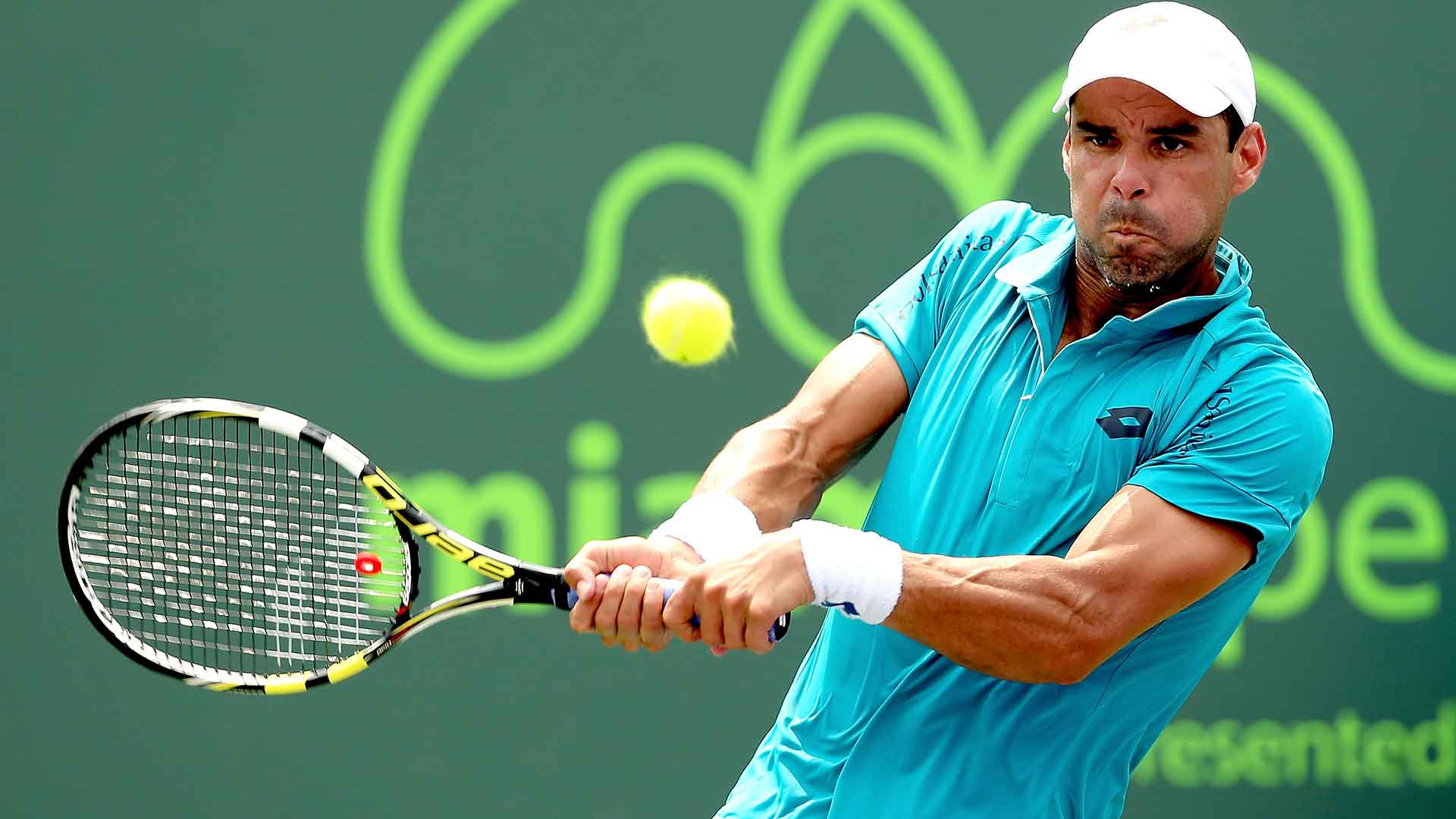 Alejandro Falla (Retired: 25 January), career-high No. 48
The first Colombian to break into the Top 100 since Mauricio Hadad in 1996, Falla’s career-high arguably came in defeat in the 2010 Wimbledon first round. At 7-5, 6-4, 4-6, 5-4, Falla came within three points of beating Roger Federer, but he blinked. Tour-level victories over Nikolay Davydenko, Juan Martin del Potro, Ivan Ljubicic and Tommy Haas were also huge confidence boosters for Falla, who rose to a career-high No. 48 on 16 July 2012.

On home soil in 2013, Falla advanced to the inaugural Bogota tournament final (l. to Karlovic) and the following year at the 2014 Gerry Weber Open, he became the first Colombian to reach a grass-court final (l. to Federer). His best Grand Slam championship result came in 2011, when, as a qualifier, he advanced to the fourth round (l. to Chela). The 34-year-old left-hander also had an 11-8 record in ATP Challenger Tour finals. Read More 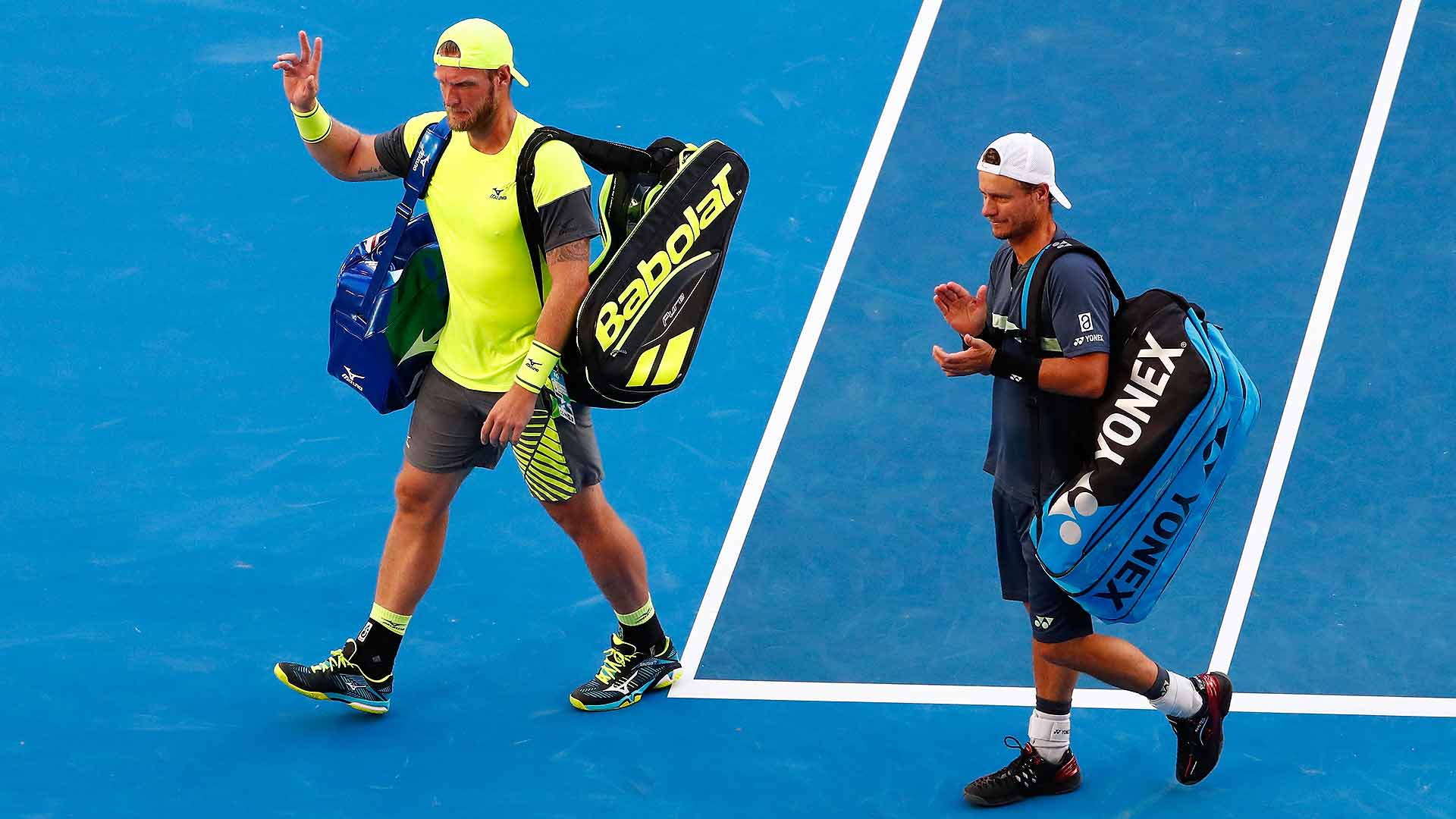 Sam Groth (Retired: 24 January), career-high No. 53
The Australian was one of the biggest serves on the ATP Tour, but at the end of 2017 lacked desire. “I just don't think my heart was in it to keep going,” said 30-year-old Groth. “I wanted to be able to go out at home as well.”

So, in partnership with his great mate, Lleyton Hewitt, Groth bid farewell to the sport at this year's Australian Open. He rose to a career-high No. 53 in the ATP Rankings in 2015, the year he reached the third round at the Australian Open, Wimbledon and the US Open. Groth, who won two doubles titles with Chris Guccione at 2014 Bogota and 2016 Newport, played Aussie Rules football in 2011, before returning to tennis in 2012. Read More 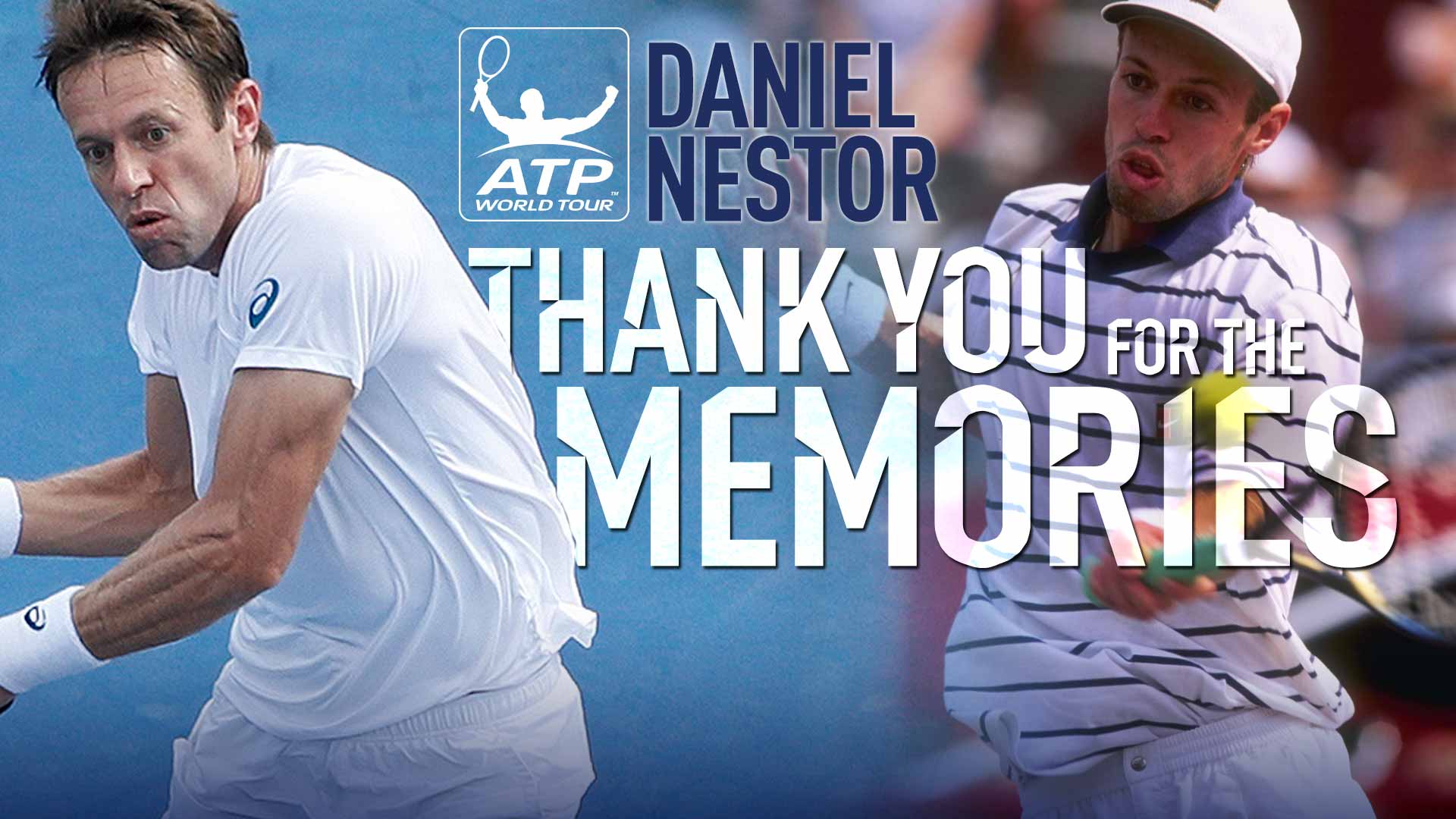 Daniel Nestor (Retired: 15 September), career-high doubles No. 1
Father Time waits for no one. Not even 45-year-old Nestor, the tactician with a killer left-handed serve and great variety, who was the first doubles player to pass the 1,000 match wins milestone on 11 January 2016. The Canadian’s resume speaks for itself: 91 tour-level doubles titles (with 11 different partners), including eight Grand Slam championship men’s doubles crowns, doubles World No. 1 on 19 August 2002, 10 stints at the top of the ATP Doubles Rankings, more than 15 years in the Top 10 and plenty more accolades to celebrate.

As a singles competitor, he recorded four Top 10 wins and rose to a career-high No. 58 in the ATP Rankings. Fittingly, his final ATP Tour event came at his 30th Rogers Cup. Read & Watch Tribute 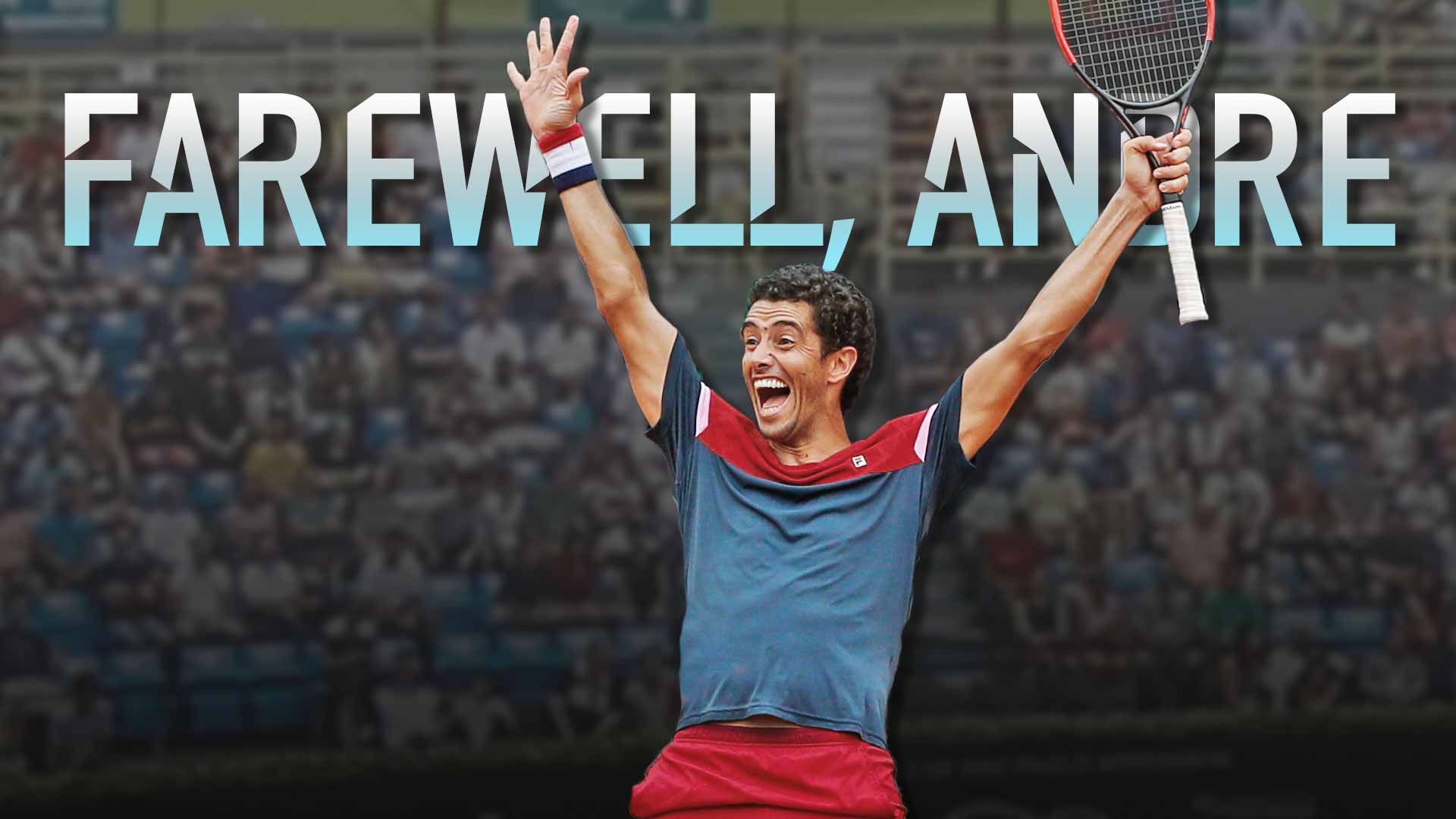 Andre Sa (Retired: 1 March), career-high doubles No. 17
Hailing from the talent hotbed of Minas Tênis Clube, the Brazilian moved to the Nick Bollettieri Academy in Florida aged 13 and for much of his 23-season pro career was a talented player, a diplomat and ambassador, comfortable in dealing with complex matters. As a speaker of five languages, Sa was a knowledgeable advocate for the development of tennis on the ATP Player Council from 2012 to 2016.

The Brazilian captured 11 ATP Tour doubles crowns (11-19 finals record) and advanced to the 2007 Wimbledon semi-finals with Marcelo Melo. As a singles competitor he reached the 2002 Wimbledon quarter-finals (l. to Henman) and rose to a career-high No. 55 on 12 August 2002. Read & Watch Tribute 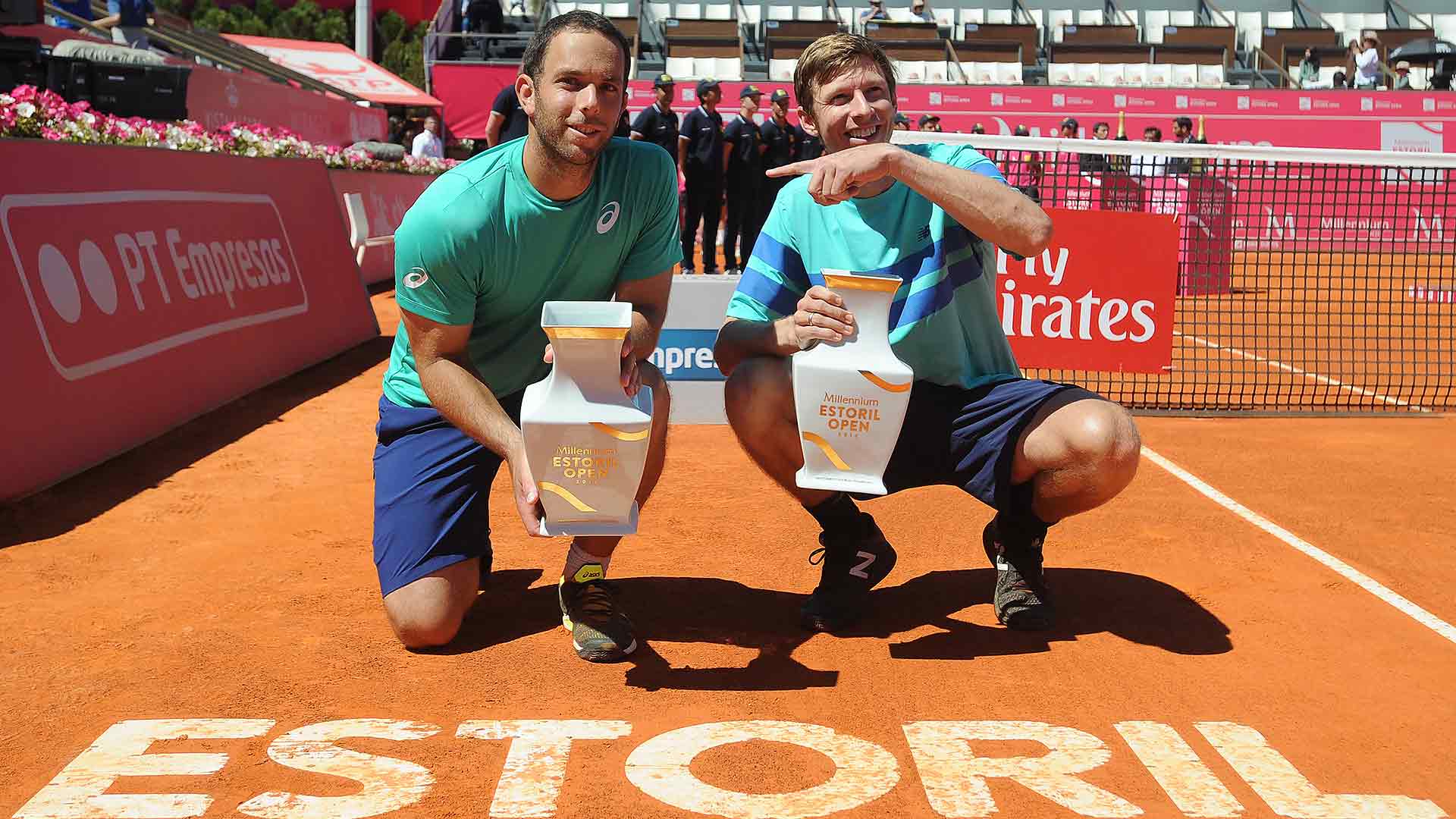 Scott Lipsky (Retired: 25 June), career-high doubles No. 21
A standout junior and a three-time All-American Stanford graduate, Lipsky carved out a successful doubles career that included 16 ATP Tour titles, five of which came on Portuguese soil. The 36-year-old, who tore his meniscus in in 2017, contested his final tournament at Roland Garros, the scene of his 2011 mixed doubles title with Australia’s Casey Dellacqua.

"You watch these matches on television, and you wish that someday you can be there,” said Lipsky. “To be on this stage playing a Grand Slam final, and to come out with a win, and to say now for the rest of my life that I’m a Grand Slam champion, it's amazing."

With Rajeev Ram, the duo lost to fellow Stanford graduates Bob Bryan and Mike Bryan in the 2014 US Open semi-finals. He rose to a career-high No. 21 in the ATP Doubles Rankings on 17 June 2013.