Roger Federer, Novak Djokovic, Rafael Nadal and Juan Martin del Potro are among the many players who performed valuable charity work in 2019.

ATP Staff
This article contains:
Learn more about some of 2019's charity events put on by ATP Tour stars

The ATP Tour's players make a massive impact on the tennis court, with their efforts at tournaments inspiring countless people throughout the world. But they also perform important duties off the court through philanthropy, whether through their own foundations or by helping others with their charity work. ATPTour.com looks at some of 2019's notable charity moments.

The World No. 4 practised for an hour and a half at Posta Natural on 2 February, collecting 730 kilograms of non-perishable food for Banco de Alimentos de Tandil, a food bank which helps feed 19,500 people in the Tandil area through collaborations with 132 local food service organisations.

"I love practising in front of my people in Tandil," said Del Potro. "We had a great time and I'm glad we could do this for a good cause." 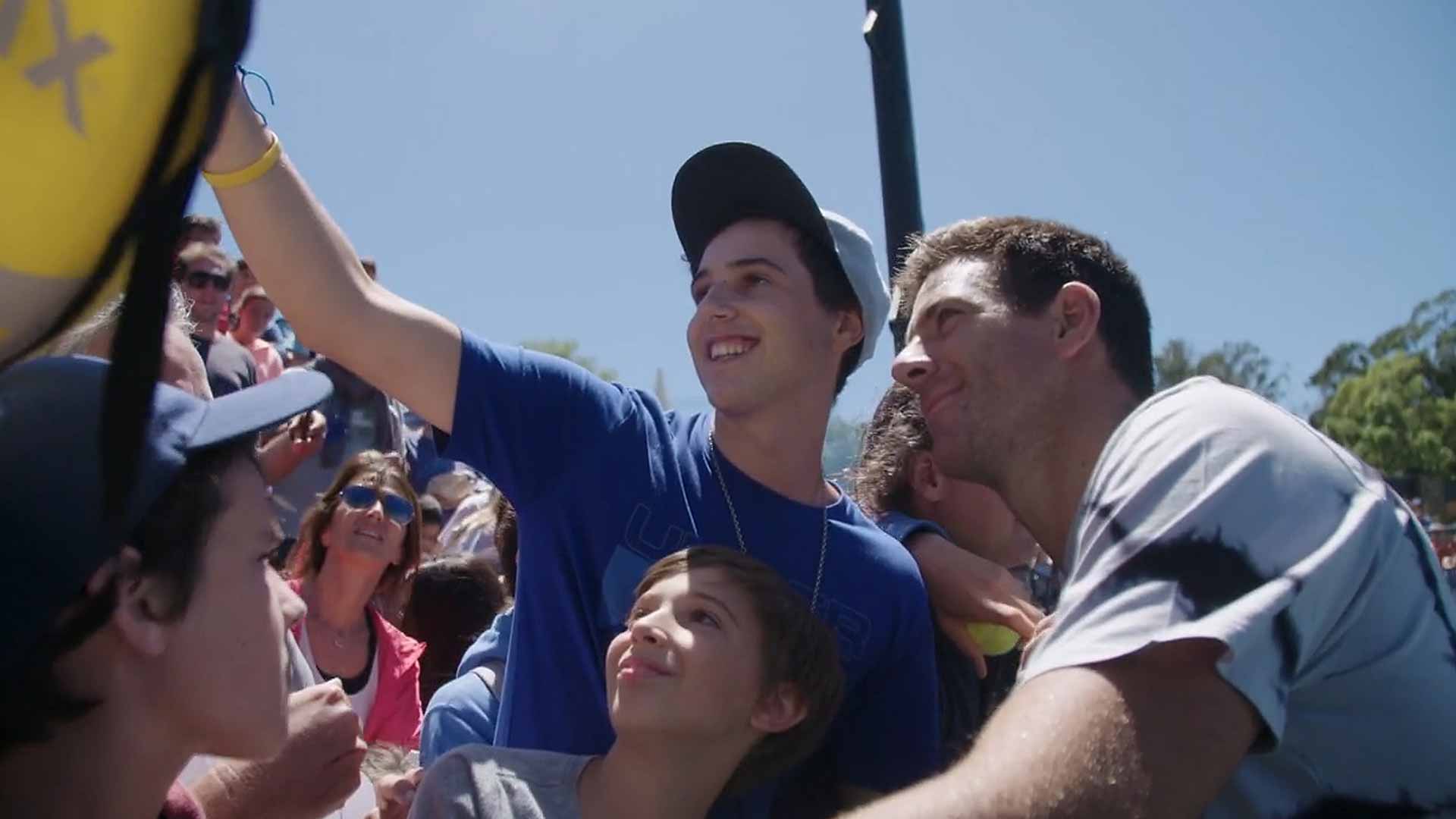 Bryan Brothers Help Inspiring Children Foundation In Indian Wells
TEAM BRYAN organised 400 children, parents and coaches for a special experience at the BNP Paribas Open. This is the 16th year of the program.

In a partnership that was strengthened at the 2006 ATP Tour event in Las Vegas, The Bryan Brothers Foundation, The Inspiring Children Foundation and Wayne Bryan helped the children once more enjoy the experience of their year in Indian Wells with an opening night talent show, a clinic with Wayne Bryan, a doubles shootout, and getting to cheer on Bob Bryan and Mike Bryan for two sessions of the tournament.

“We are so proud to mentor and sponsor these children,” said Bob Bryan. “This is our chance to give to children what our parents gave us, an incredible life.” 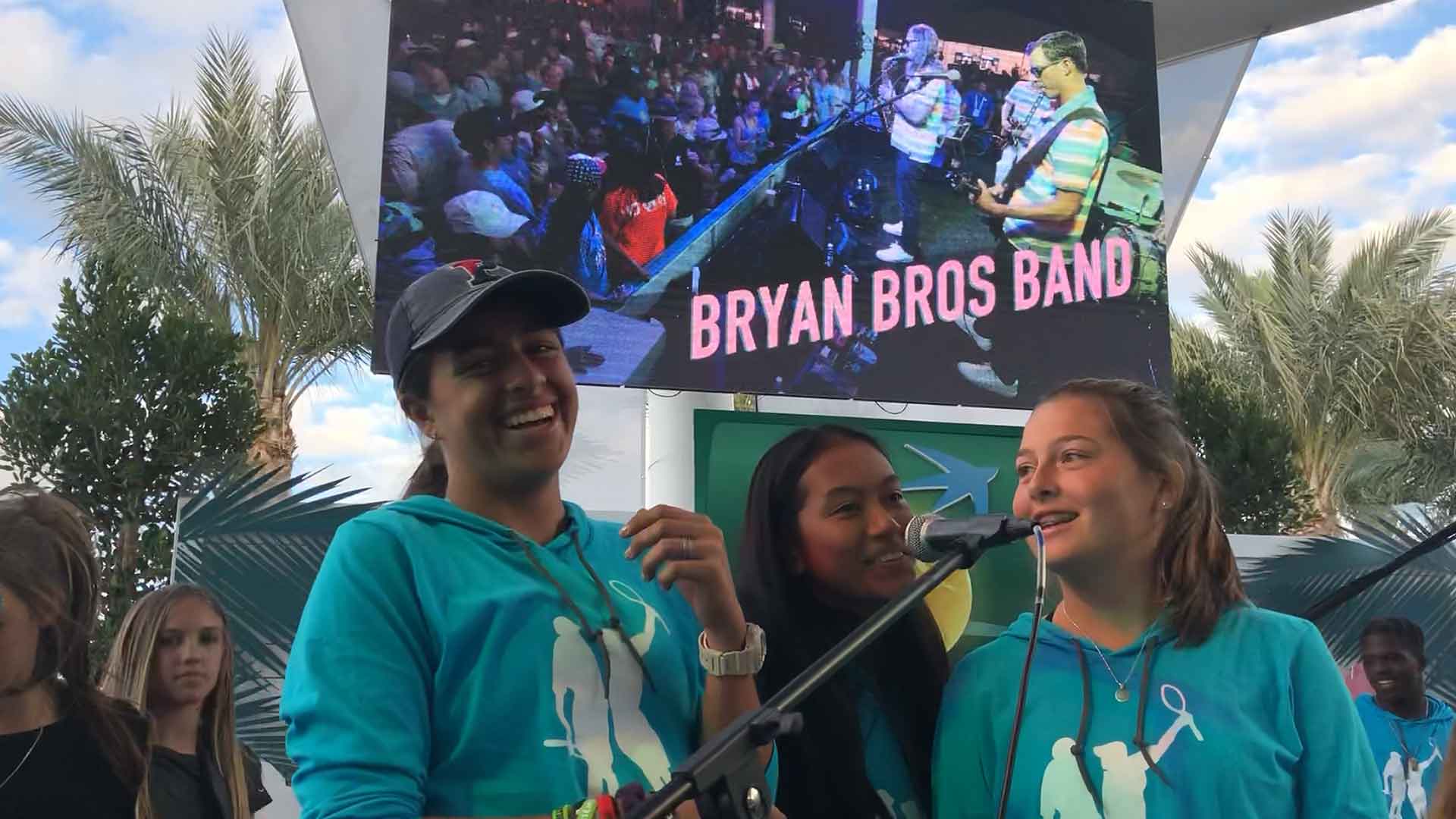 Miami Open Unites
The ATP Tour’s players lent their time to Miami Open Unites at the 2019 Miami Open presented by Itau to support a wide variety of charitable causes, dedicated to giving back to the South Florida community. 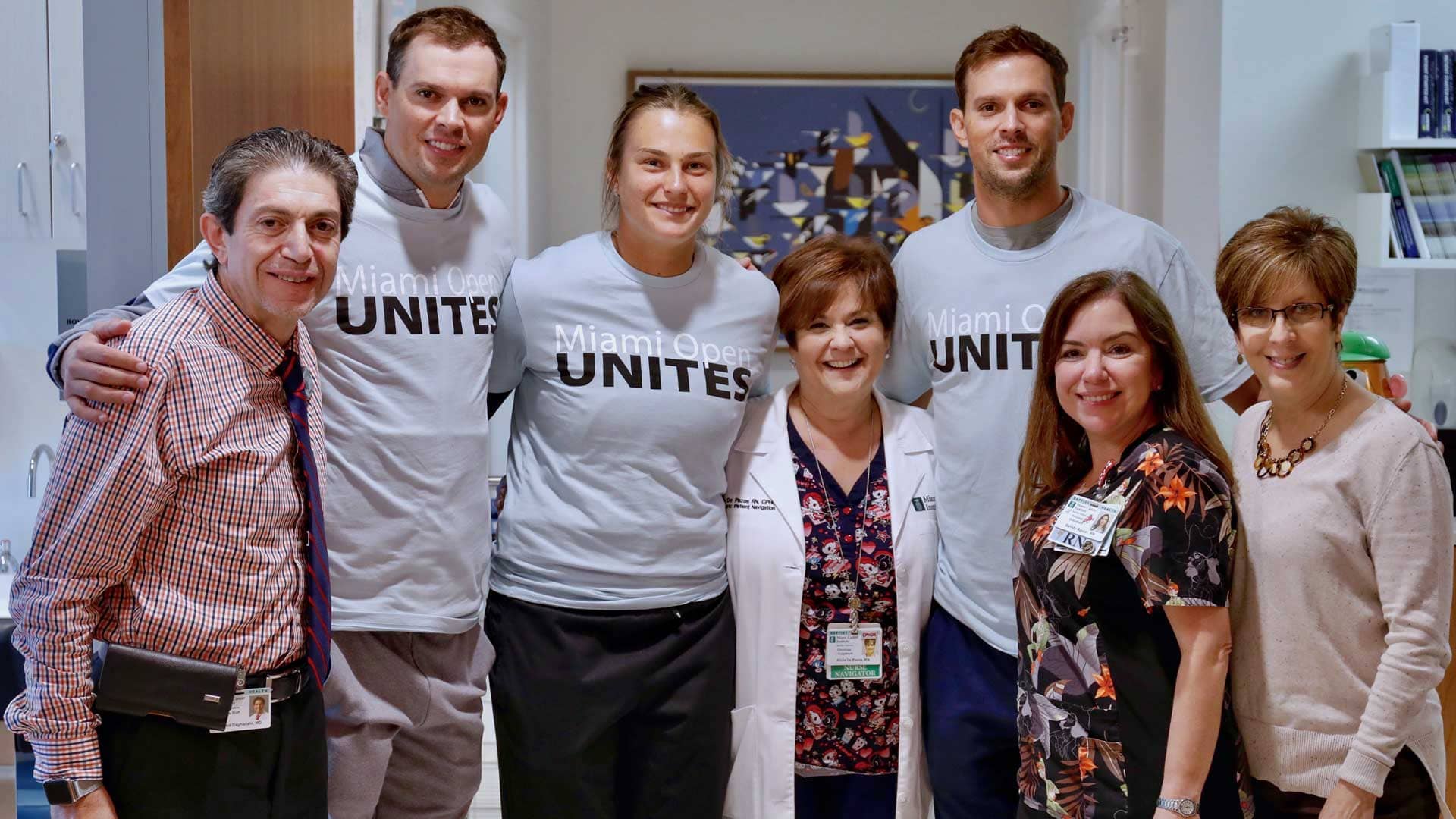 "Cyclone Idai is a unbelievable disaster," Federer said. "And it hit the most vulnerable ones in Malawi, Mozambique and Zimbabwe. It will take years for people to recover. My thoughts and solidarity are with the thousands of displaced people and families who lost their loved ones." 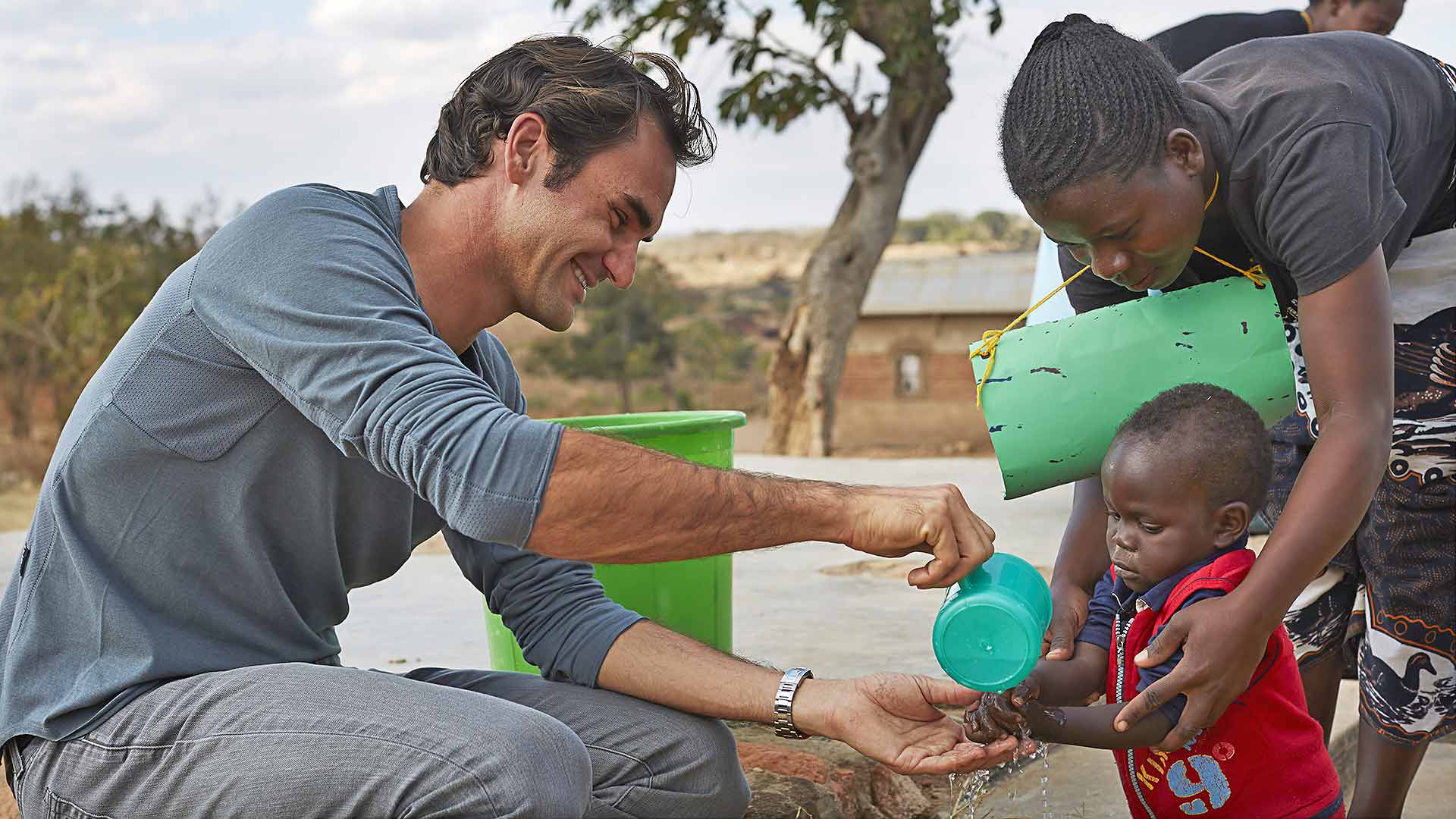 Alongside Wawrinka on his team of French-speaking players were Lucas Pouille, David Goffin and Daniil Medvedev. BNP Paribas Open champion Thiem was joined by Stefanos Tsitsipas and Karen Khachanov. 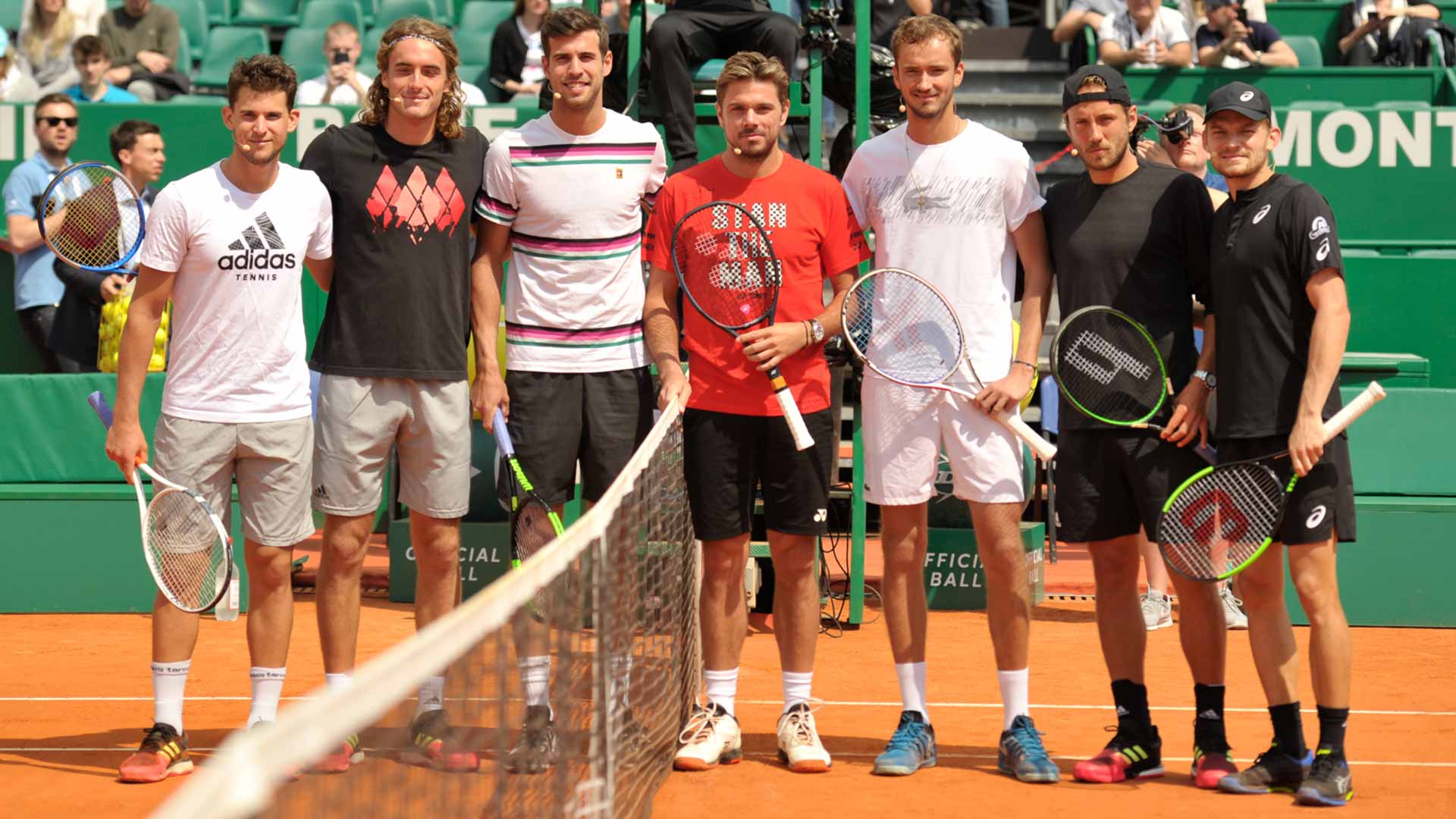 Cilic Joined By Modric & More Croatian Stars At Successful Charity Event
The Marin Cilic Foundation hosted ‘Game, Set, Croatia’ on 12 June, bringing together 30 of Croatia’s most celebrated athletes for a charity tournament at Zagreb’s Šalata Sports Complex — the birthplace of Croatian tennis — to raise funds to build a multi-functional sports playground for children from Tordinci Elementary School, who currently have neither an indoor gymnasium nor an outdoor playground.

“The idea came about last summer while I was training on Korčula. Luka Modric and Mateo Kovacic were there and we joked how we were missing a fourth player for a doubles match. I posted a photo on Instagram and invited Dejan Lovren and Sime Vrsaljko to join us,” Cilic said. “A flood of messages came from athletes and that is how the story began.” 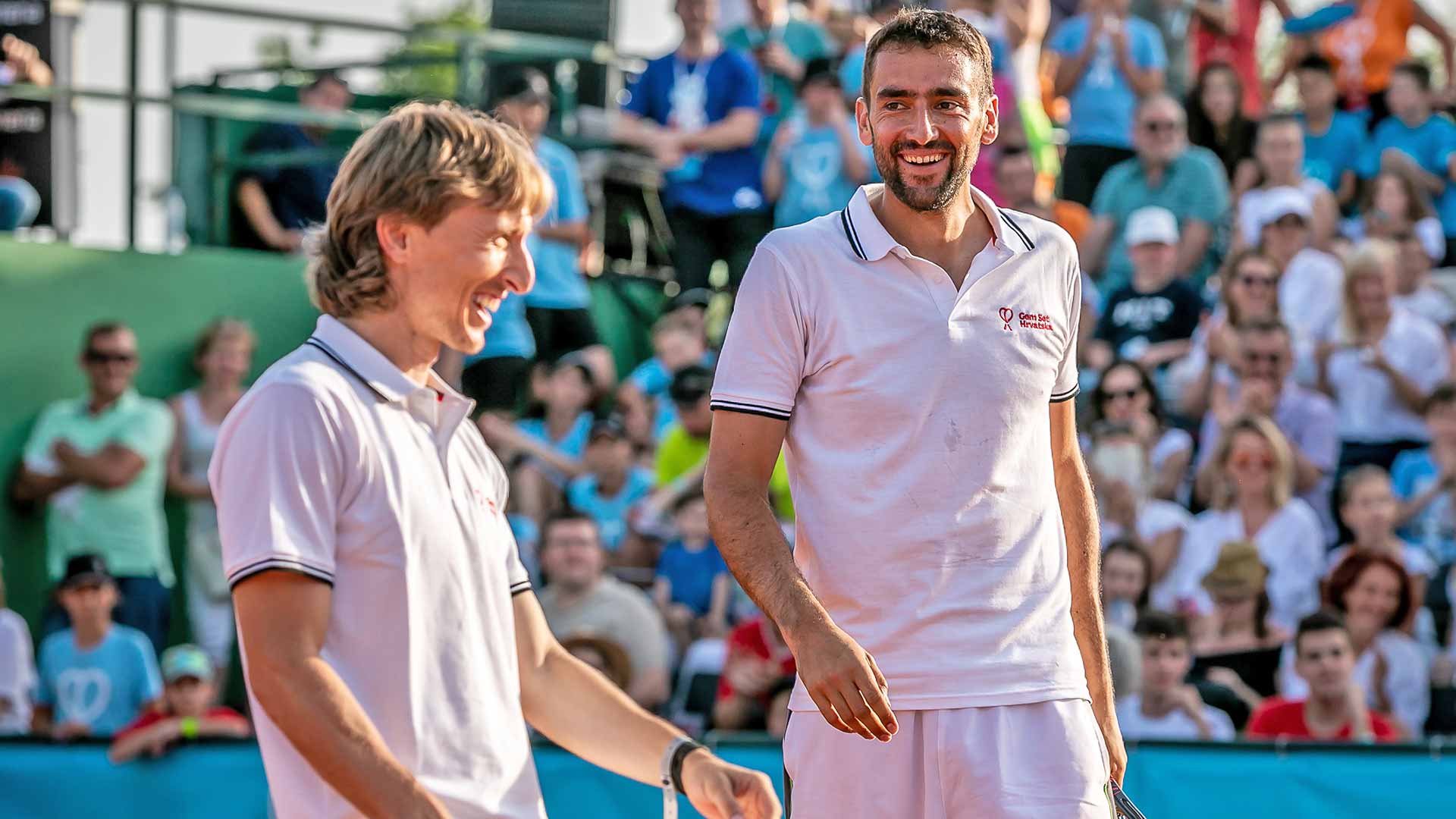 Djokovic held a boy named Joel’s hand walking onto the court. And before the usual pre-match meeting with the chair umpire, the top seed invited Joel to sit on his bench, and even opened up a water bottle for him. According to Cincinnati Children's Hospital Medical Center’s social media pages, Joel is a cancer survivor who was diagnosed with stage 4 neuroblastoma before he was born.

“I met him just before we walked onto the court. He was actually holding my hand, I was walking with him on the court and I actually heard after the first set the speaker said he survived a neuroblastoma cancer when he was a 10-day-old baby and he was wearing a shirt [that said], ‘I Am A Champion’,” Djokovic said on Friday after advancing to the semi-finals. “Those kinds of moments stay with him for a long time and I wanted to make him feel comfortable. I know what it means to him to be on the court and for me it was just a little bit of attention and a gesture to make him feel good.” 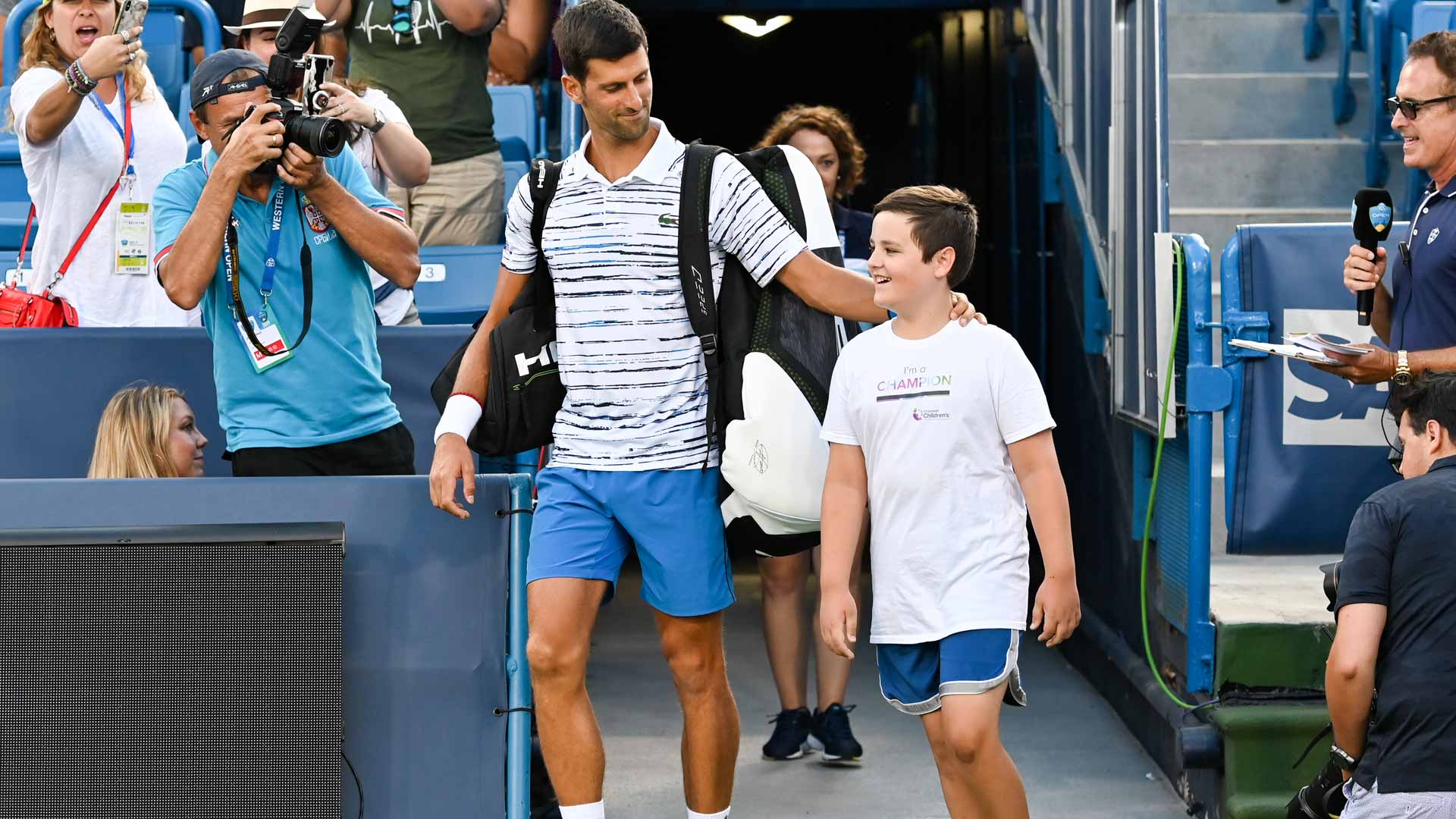 Tennis Stars Pitch In At Nowitzki's Charity Event
Superstars from all over the sports world came together in Dallas, Texas in September at the Southern Methodist University tennis complex for the fourth annual Dirk Nowitzki Pro Celebrity Tennis Classic to raise money for the Dirk Nowitzki Foundation, which awards grants annually to organisations focusing on children’s wellbeing, health and education.

“We’re thrilled to do this event again and have the support of celebs who fly in from across the country,” Nowitzki said. “Tommy Haas actually took a redeye to be here. He landed at like 7am, so the support from everybody means the world and hopefully we can raise a lot of funds again for our project this upcoming year.”

John Isner was joined at the event by former World No. 2 Haas, former doubles World No. 1 Mark Knowles and American Mitchell Krueger. 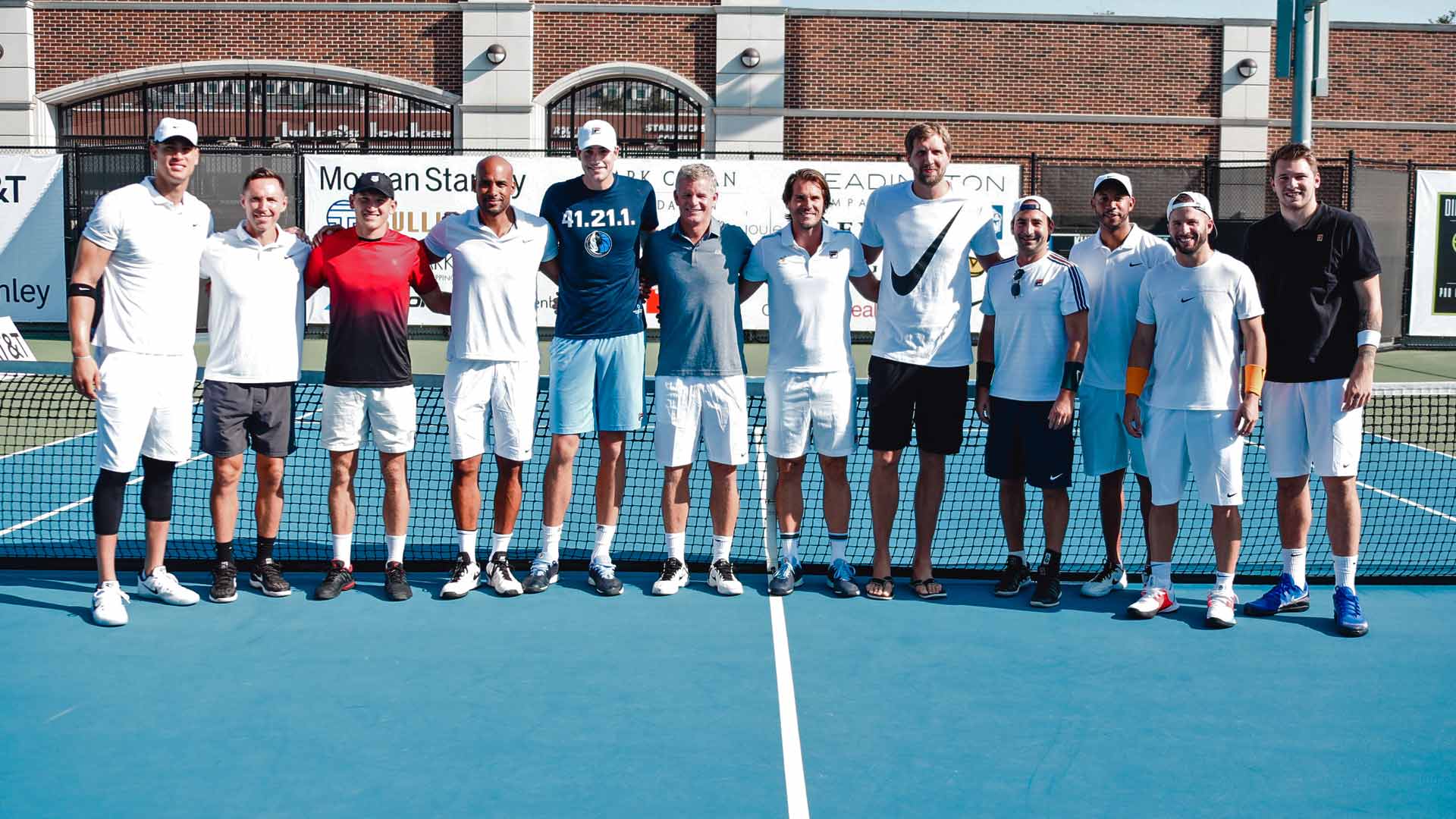 The Rafa Nadal Foundation's Study and Play Program Awards Grants Totalling More Than $100,000
The Rafa Nadal Foundation partnered with I-Con Sports to create its Study and Play program in 2015. And this year, they awarded grants worth $110,000 to 25 young Spanish athletes to aid in their pursuit of both high-level training and education at universities in the United States next year. year. Read More

The Rafa Nadal Foundation has donated more than 70 of these grants worth $345,000 since the program's inception.

In 2019, the foundation created a center in Valencia, Spain, for children and teenagers who are in a vulnerable situation. The comprehensive program implemented in this center includes an educational and school support aspect as well as a sport one, where sports and games become instruments for social inclusion and the promotion of attitudes and values such as companionship, responsibility, effort, equality, and more. In an initial phase, the foundation assists 40 children from Natzaret, a district with one of the highest rates of persons at risk of social exclusion. This is the second Rafa Nadal Foundation Center, after the first one launched in 2014 in Mallorca. 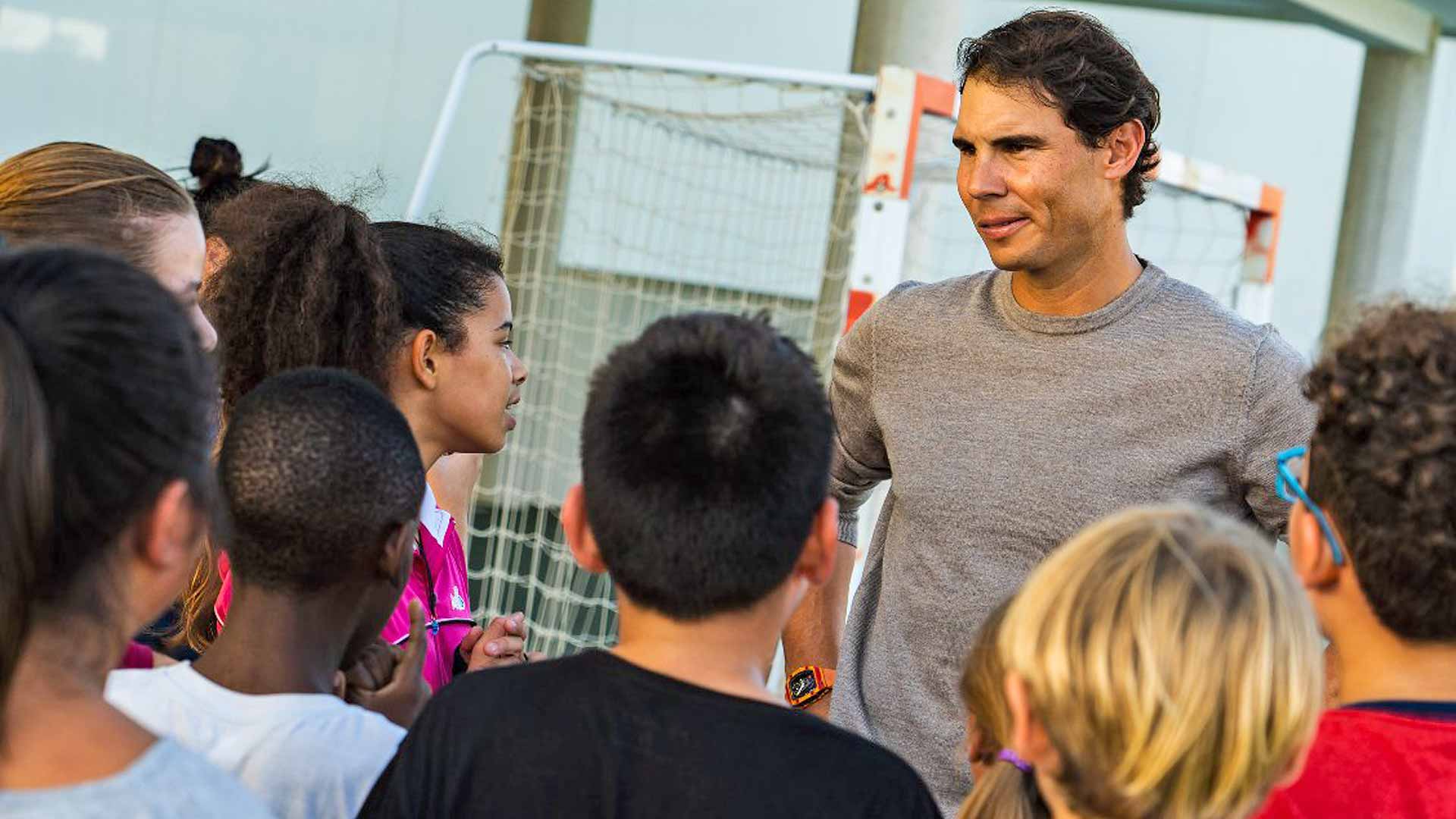 “It has truly been an honor to be involved in this tournament, especially alongside fellow peers and close friends who answered my call when I asked them to participate and come down to The Bahamas,” said Knowles. “The Bahamas has always been my home and to play the sport I love in support of this beautiful country and my fellow Bahamians is extraordinary.” 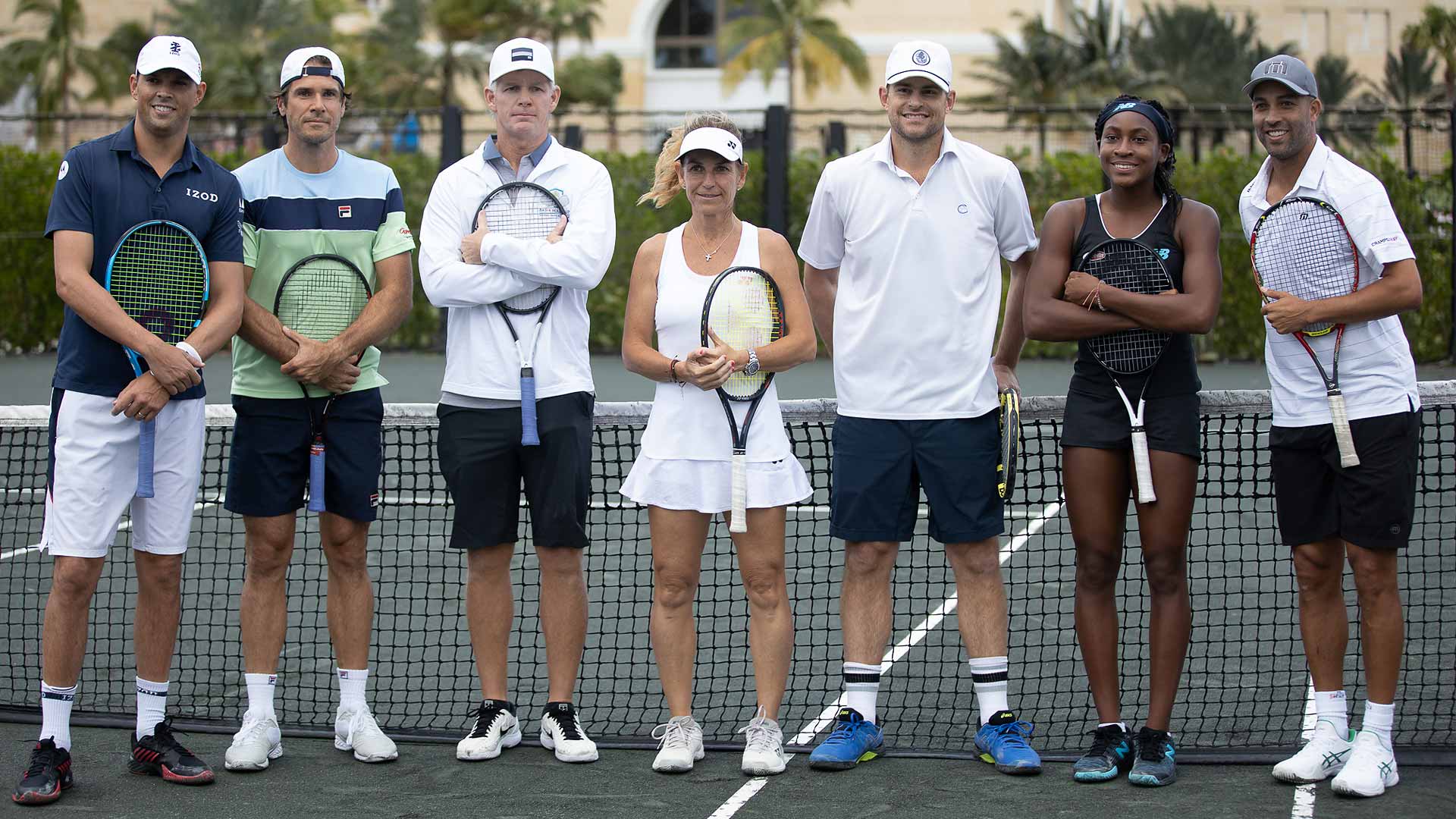 Isner Launches The Isner Family Foundation
John Isner has openly spoken about his mother’s battle against cancer and how much that has affected his family. The American in November announced the launch of his Isner Family Foundation to provide support to hospitals in the Dallas-Forth Worth area, helping contribute towards others receiving world-class treatment to aid in their own battles.

“Cancer is something that affects a lot of people for those who get it, but it also affects their families. I think everyone knows someone who has been affected by cancer in a pretty negative way,” Isner told ATPTour.com. “But fortunately for our family, ours had a positive outcome. That’s what the foundation wants to touch on, to raise funds for incredible treatment, treatment like my mother got in North Carolina. It’s pediatric, but it’s not just pediatric care. Good, quality care in hospitals in the Dallas-Fort Worth area is what the foundation’s going to focus on.” 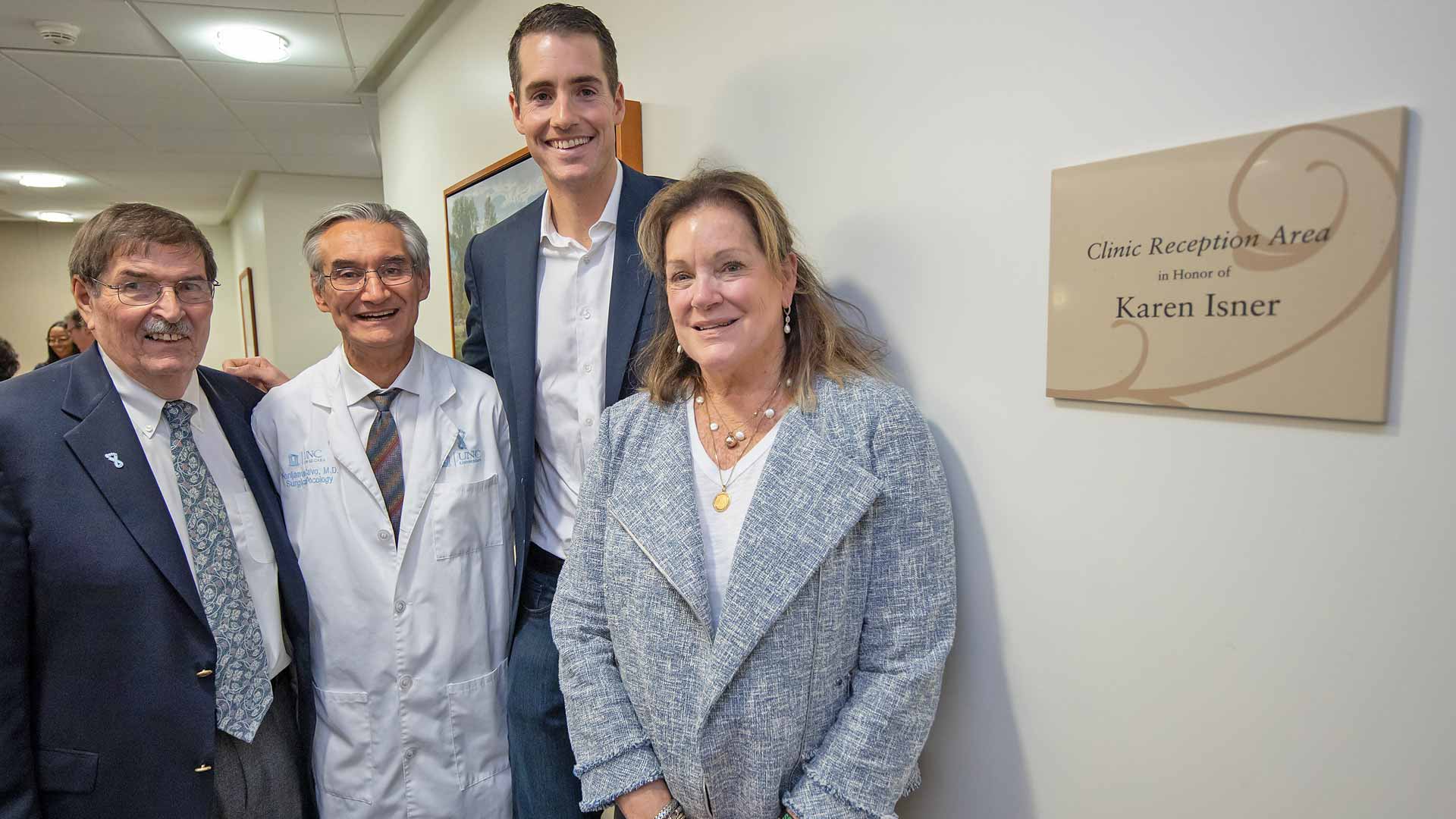 “This is our third edition of the EntouRaj kids clinic and it went off amazingly well,” Ram said. “It’s so inspiring to see these kids bring their incredible enthusiasm and energy to the court. It shows how powerful tennis and sport in general can be.” 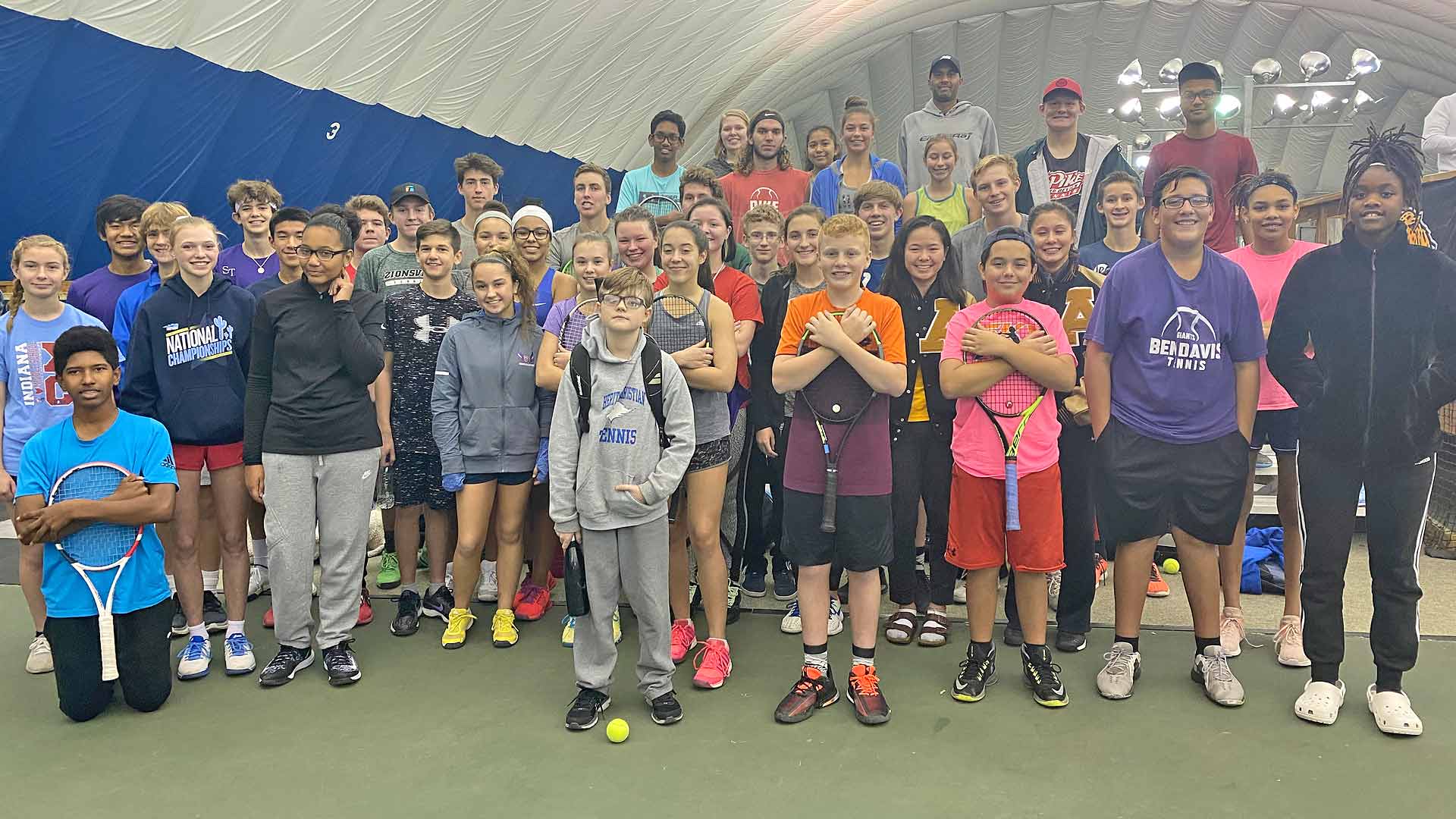 "Mike and I are are proud to have had another successful year with our Fore Love Tournament," said Bob. "We owe so much to Jack and Barbara Nicklaus, the Nicklaus Children’s Health Care Foundation, the incredible lineup of golf and tennis pros, and the generous support of our donors. We had a great couple days competing at the Bear's Club and Jack’s pristine grass courts. We are beyond grateful for the friendship of the Nicklaus family and the NCHCF. The proceeds from these events have and will continue to positively impact the lives of many children.” 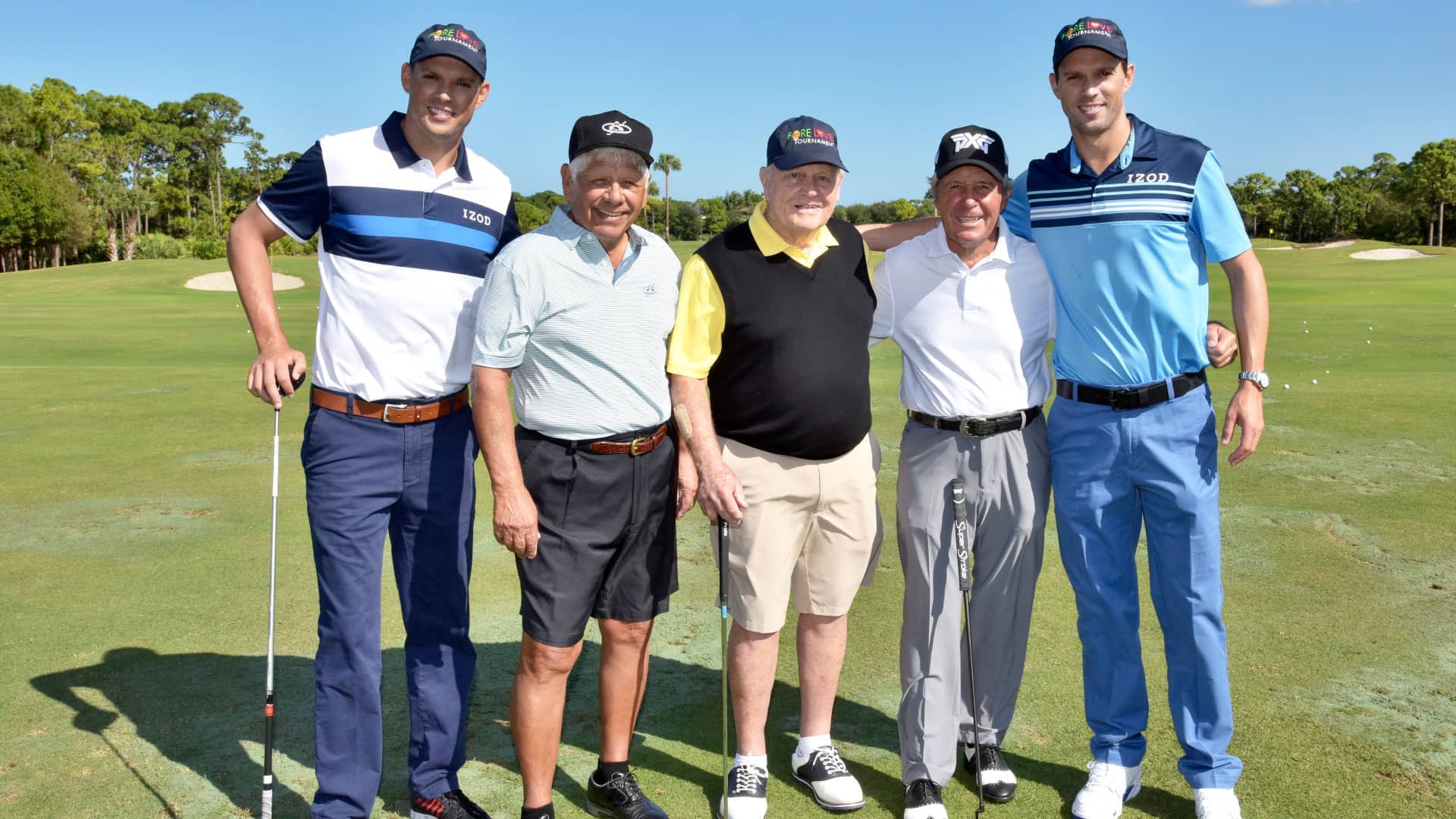 Djokovic Launches Another Season Of Giving Campaign, To Match Donations
One year ago, the Novak Djokovic Foundation raised more than $100,000 during its Season of Giving campaign, allowing it to open two kindergartens in Serbia. And now, the World No. 2’s foundation is beginning another Season of Giving campaign, attempting to reach $100,000 again.

The goal of the campaign is to provide 200 children access to a quality preschool education by opening new kindergartens, and the Djokovic family is poised to match all donations for the second straight year. 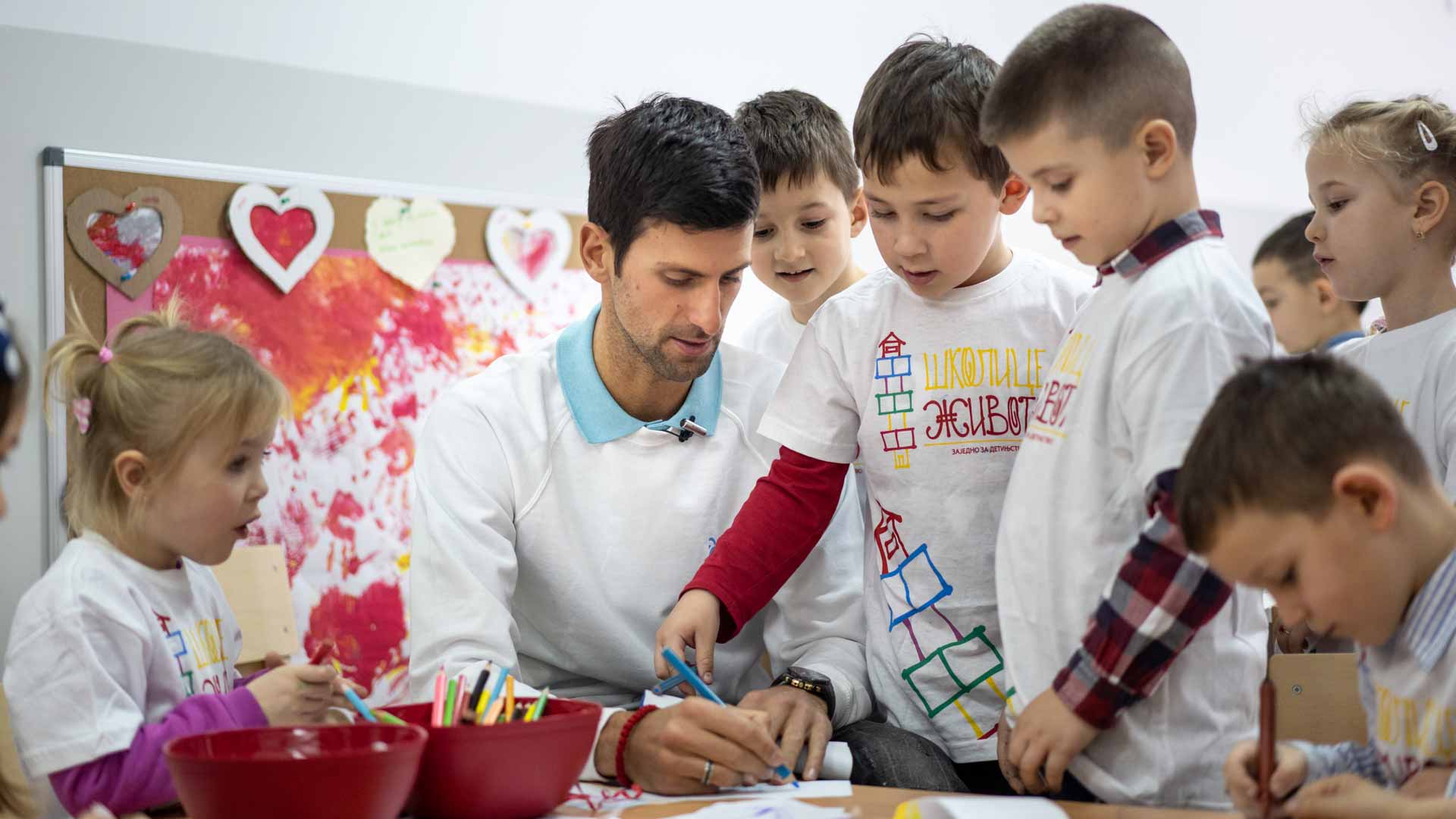 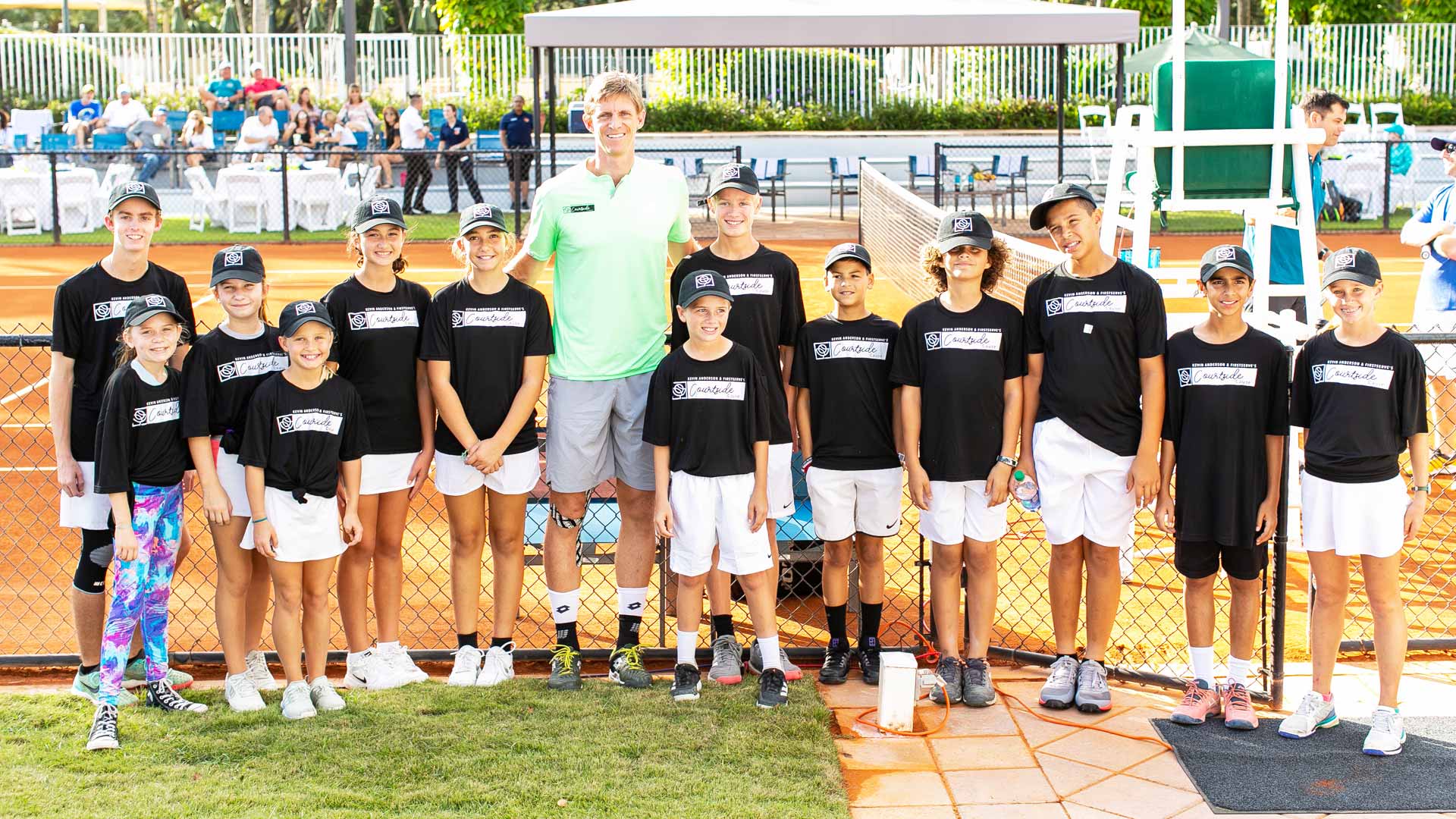