For the second straight year, we tasked some of the best tennis photographers — Clive Brunskill, Julian Finney and Matthew Stockman from Getty Images, as well as ATPTour.com's own Peter Staples — to share their favourite photos from a memorable 2019 ATP Tour season. As Stockman mentioned, "2019 was an exciting year to cover tennis as I really started to see a blending of the old guard with the Next Gen players."

The photographers describe their favourite images of the year, ranging from Rafael Nadal on clay to Bob Bryan's triumphant return from surgery, and share their many other selections in the gallery below. 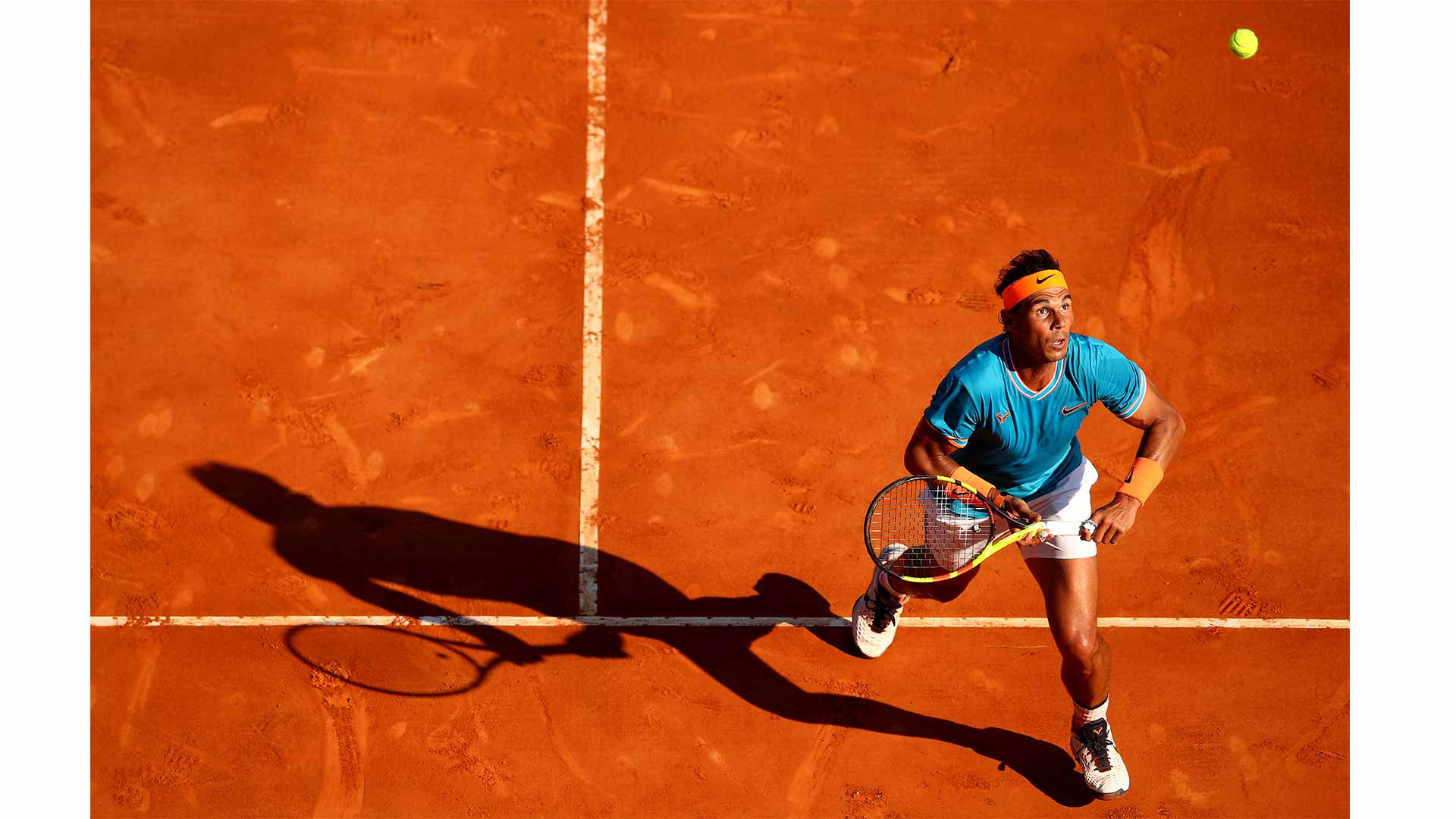 It’s very unusual to get this type of shot and in this light! Rafa was lobbed and he turned to sprint back looking up at the ball. I’m just glad I was on a short lense so that I managed to also get the shadow and ball in!

I call Rafa my lucky player. No matter what point I walk into his matches, he always makes me a cool shot. I’ve been very lucky over the years to get to know Rafa very well and do many exclusive photo shoots with him around the world and in his native Mallorca. He’s one of the greatest athletes I’ve shot in my 38 years shooting all sports and one of the nicest super stars on the planet.

Shooting at the Monte-Carlo Country Club is like no other place on the circuit and the main reason is the beautiful light. It’s crystal clear as it’s not hot enough at that time of year to have heat haze. It’s just magical light in the late afternoon. It’s also a proper tennis club set in a wonderful, magical location. It really does not get any better than this when the sun shines! 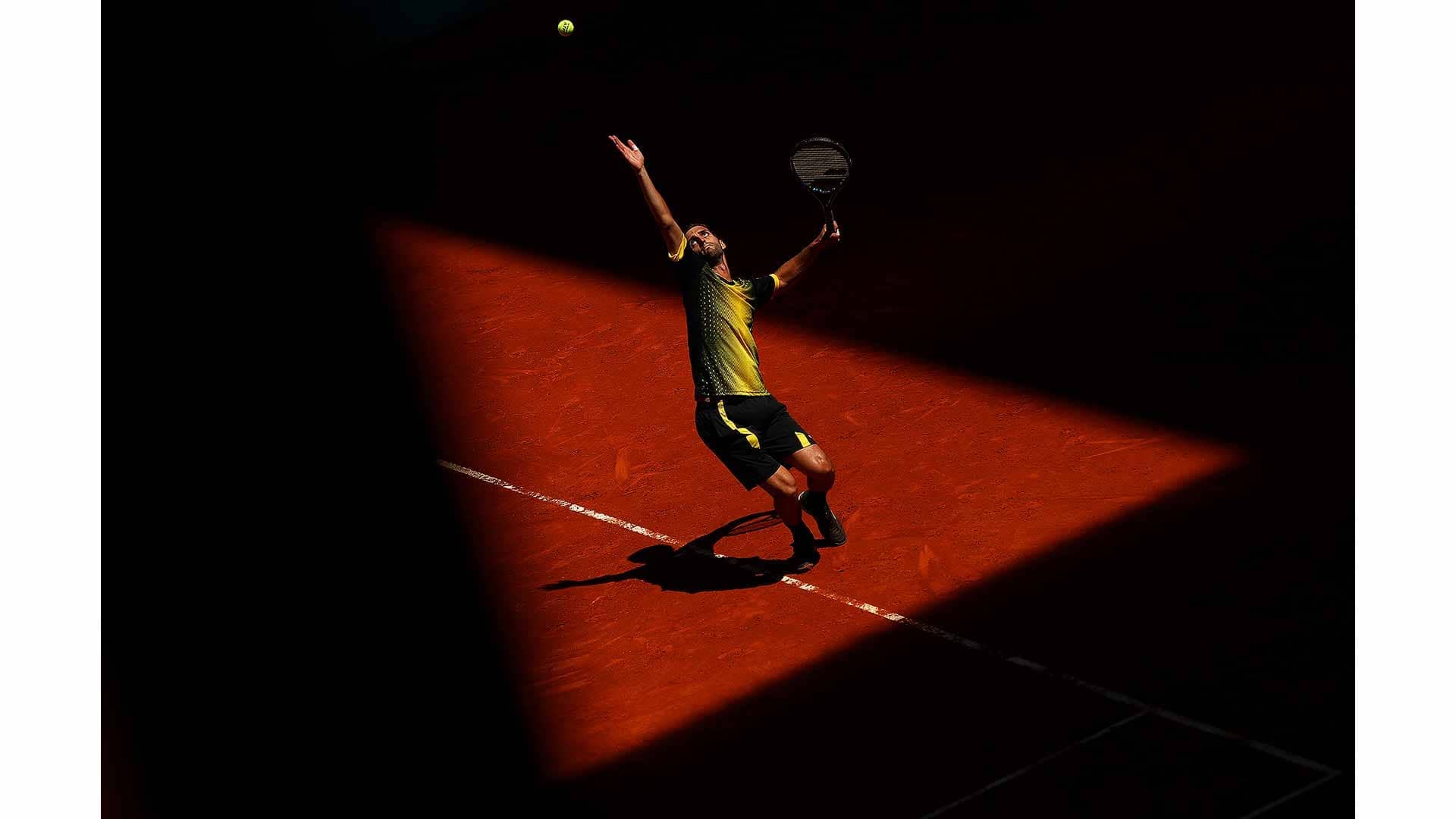 Shooting in Madrid is very interesting, especially when working in an elevated position above the court. As the sun moves around during the day it creates interesting shadows on the clay court with different shapes formed from the roof structure. This year I wanted to work with these shapes even more and managed to compose a triangle shape using another part of the stadium's structure to shoot through.

With Ramos-Vinolas wearing a nice yellow, being left-handed too, made this picture work and become an instant stand-out favourite of mine from 2019. A few minutes before or after this moment in the day and this picture would be missed. 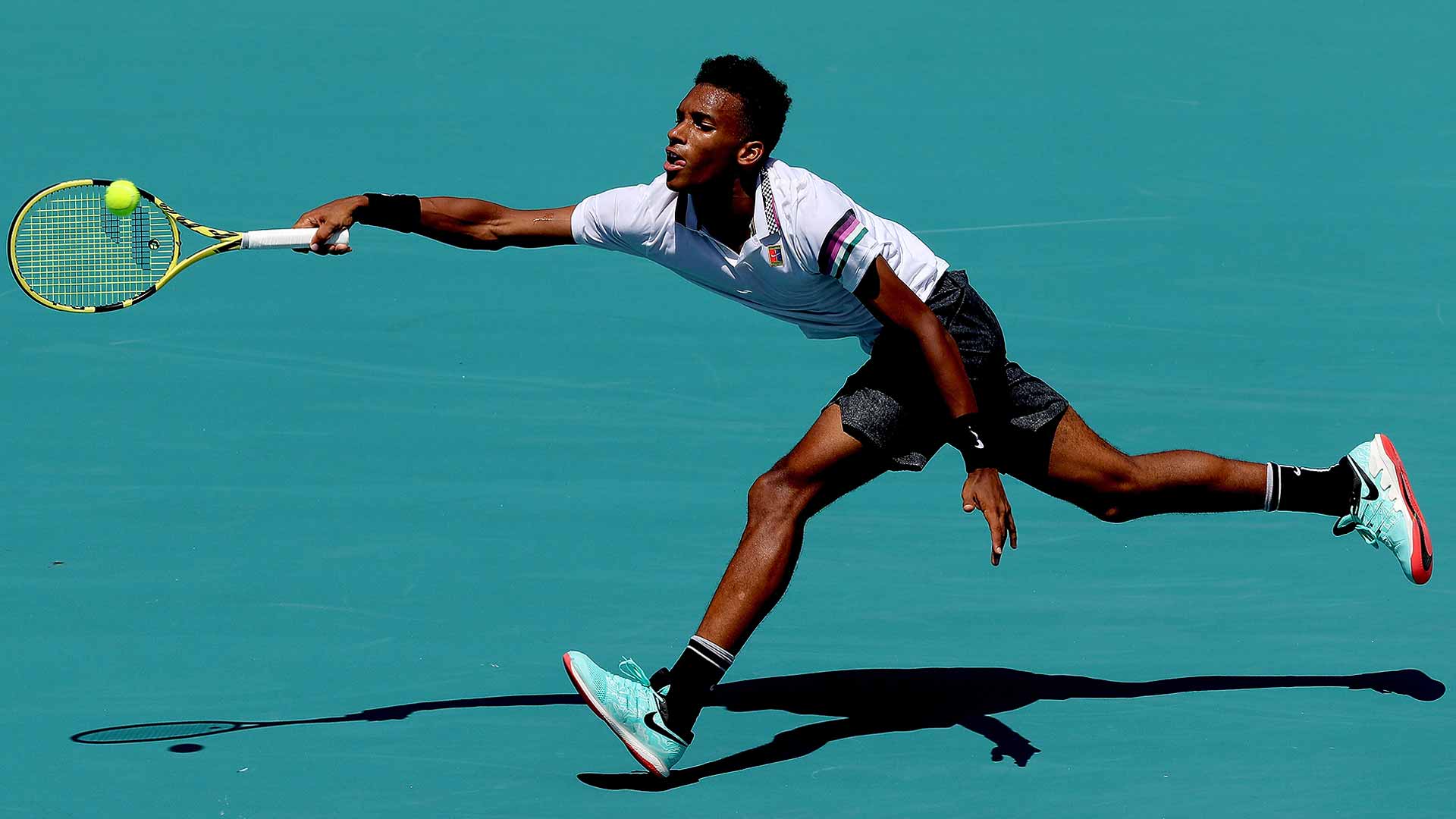 Matthew Stockman: Felix Auger-Aliassime at Miami Open presented by Itau
For me, 2019 was an exciting year to cover tennis as I really started to see a blending of the old guard with the Next Gen players. To see the still rough-around-the-edges play of players such as Zverev, Tsitsipas and Medvedev on centre court with the true legends of the game, Roger, Rafa and Novak, is quite special.

I like to capture the nuances in each player's game that makes them unique. My favourite images are ones that show the physicality, as well as the poise, necessary to compete at the top level of the men’s game. 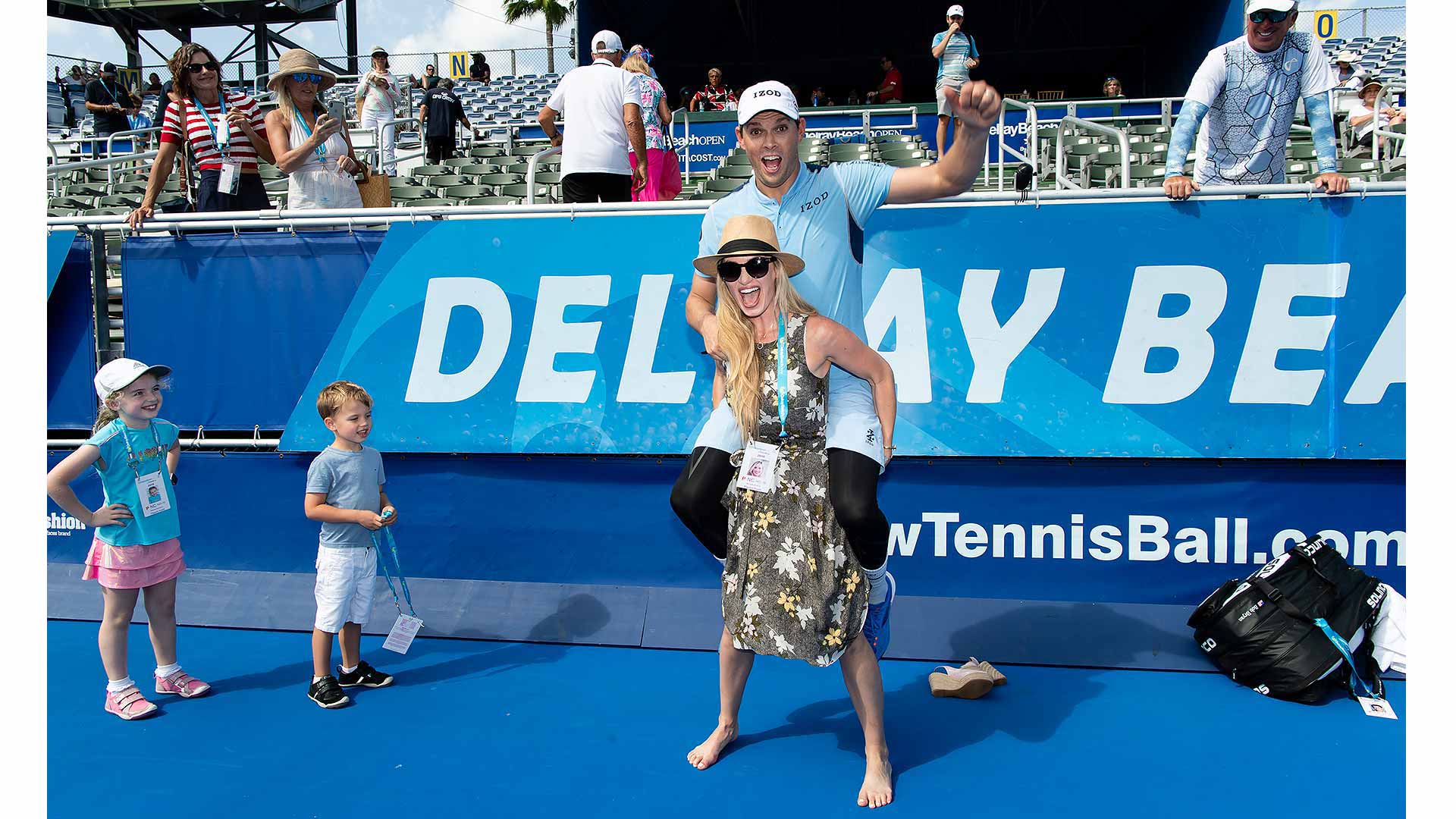 Peter Staples: Bob Bryan at Delray Beach Open by VITACOST.com
[My favourite photo is of] Bob Bryan after his first win with Mike since surgery the year before, at Delray Beach, celebrating with his wife Michelle giving him a piggyback ride watched by two of their kids. It was an emotional win especially as he had doubts in December that he would ever be able to play professional tennis again.

After many years of photographing Bob and Mike they were very comfortable with me documenting their celebration with family and friends, and I think it's always in the back of their minds that there won't be too many chances left in their careers to win with the kids watching. Bob spontaneously leapt on his wife's back (apparently something they do at home) and I was lucky to catch the moment. I love his young daughter off to the left, hands on hips, smiling at her parents.

You May Also Like: Photographers’ Faves: Best Pics Of 2018
© Clive Brunskill/Getty Images

Photographers’ Picks: The Best Images Of 2019