Watch the best of the best that Novak Djokovic and Daniil Medvedev produced in their FedEx ATP Head2Head rivalry in 2019.

Rivalries Of 2019: Djokovic vs. Medvedev

Continuing our Season In Review series, ATPTour.com revisits the fiercest rivalries of 2019. Today we feature Novak Djokovic vs. Daniil Medvedev.

Novak Djokovic was unbeaten in his FedEx ATP Head2Head series against Russian Daniil Medvedev before the 2019 season, dropping only one set in their two matches. The 6'6” Medvedev was a player, who, at times, could challenge Djokovic in rallies, but never for more than one set at a time.

All of that changed in 2019, however, as Medvedev became one of the breakout players of the season and learned how to win against the best in the sport, including the ultra-consistent Djokovic.

Australian Open, Round of 16, Djokovic d. Medvedev 6-4, 6-7(5), 6-2, 6-3
In Melbourne to start the year, Medvedev previewed in fits and spurts what was to come of his 2019. Against Djokovic in the Round of 16, Medvedev was trying to reach his first Grand Slam quarter-final, and he pushed the Serbian like he never had in their FedEx ATP Head2Head rivalry.

The two bludgeoned balls back and forth, tallying rallies of 40-plus shots. But Medvedev, after evening the match by winning the second set, faded.

The Russian had a 2-1 lead in the third and three consecutive break points as Djokovic served at 0/40. The World No. 1, though, snapped into action. Djokovic erased all three break points, broke in the very next game and won 12 of the next 15 points en route to winning the third and fourth sets.

“It was hard to go through him,” Djokovic said. “It was kind of a cat-and-a-mouse game for most of the match. That's why it was so lengthy. We had rallies of 40, 45 exchanges. That's why I think it was physically exhausting because of the fact that we didn't really allow each other to think that we [could] make a lot of unforced errors and give away points. His backhand is very, very solid. He didn't give me much from that side, but you can't always play on the forehand. You have to open up the court and try to be patient and construct the point.”

The Serbian would continue his dominance in Melbourne against everyone, beating Rafael Nadal to win a record seventh Australian Open title. 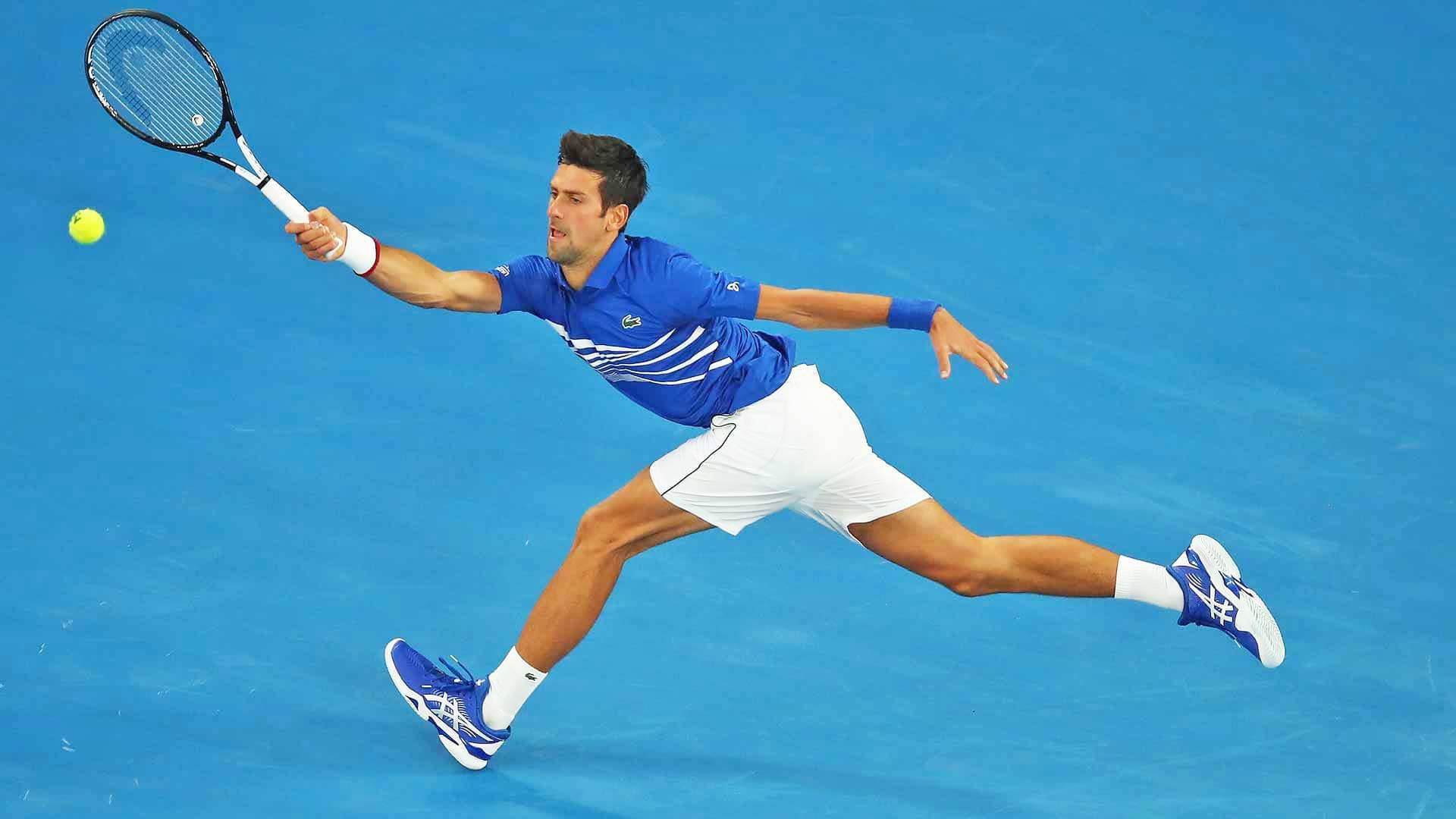 Rolex Monte-Carlo Masters, QF, Medvedev d. Djokovic 6-3, 4-6, 6-2
Few would have predicted clay would be the surface where Medvedev would earn his maiden win against the all-time great.

The Russian entered the Rolex Monte-Carlo Masters with a 2-9 tour-level record on clay and a 1-11 mark against the Top 10 of the ATP Rankings. But he beat No. 8 Stefanos Tsitsipas of Greece and then upset Djokovic – his first win against a World No. 1 – for back-to-back Top 10 wins on clay and a place in the Monte-Carlo semi-finals.

“It's definitely the best match of my career. Not in terms of level of tennis, but definitely by the result. [It's my] first [ATP] Masters 1000 semi-final, beating No. 1 for the first time in my life,” Medvedev said.

The Russian won the opening set, but Djokovic rallied to force a decider. In the third, however, Medvedev showed how much he had already improved since Australia. He failed to serve out the match in his first attempt but broke again, for the fifth time, for the win.

Djokovic said, “He improved his movement a lot since last year. He definitely deserves to be where he is.”

Medvedev, however, was putting together a run of his own on the North American hard courts. Already he had reached two consecutive finals at the Citi Open in Washington, D.C., (l. to Kyrgios) and the Coupe Rogers in Montreal (l. to Nadal). And he continued his hard-court final streak against Djokovic, who, just last year, had won the Career Golden Masters in Cincinnati.

Medvedev fell behind 3-6, 2-3, 30/40, but erased the break point to begin the comeback. From there, on serve, Medvedev varied his pace and angles to prevent Djokovic from establishing any rhythm.

You May Also Like: Medvedev Rallies To Stun Djokovic, Reach Cincinnati Final

For much of the match, Medvedev essentially hit two first serves, and it worked. Djokovic hadn't lost an ATP Masters 1000 semi-final after winning the first set in more than six years, since March 2013 against Juan Martin del Potro in Indian Wells.

“To be honest, I don't know how I did it,” Medvedev told Brad Gilbert of ESPN. “I was so tired in the first set and playing Novak, I thought I wasn't able to keep the intensity. Then, the one momentum change in the second set was the difference. The crowd gave me so much energy.

“Usually I'll go bigger on my second serve when it's not working, and Novak was just destroying me in the first set. At one moment, I said to myself, 'Why do a normal second serve if I'm going to lose the point?' I started to win much more after that.”

Medvedev continued winning much more after Cincinnati as well. He would win three titles (Cincinnati, St. Petersburg, Shanghai) from six consecutive finals, a run that included his first Grand Slam final at the US Open (l. to Nadal). In November, Medvedev made his debut at the season-ending Nitto ATP Finals in London and secured his best year-end ATP Ranking of No. 5.