Rivalries Of 2019: Djokovic vs. Federer

Continuing our Season In Review series, ATPTour.com revisits the fiercest rivalries of 2019. Today we feature Novak Djokovic vs. Roger Federer.

Once a rivalry moves past 20 or 30 matches, surely not even all-time greats Novak Djokovic and Roger Federer can recall each match in detail, such as who did what on match point and how exactly momentum shifted in each FedEx ATP Head2Head meeting.

In 2019, Djokovic and Federer added only two matches to their FedEx ATP Head2Head series (Djokovic leads 26-23). But, no doubt, those two battles will remain long in the memory of both players, such was the quality of each meeting.

Federer beat Rafael Nadal in the semi-finals, their first matchup at SW19 since that 2008 final, widely considered the greatest match in history, and Federer had pushed Djokovic to three sets in the 2018 Rolex Paris Masters final, which was named “Best ATP Match Of 2018” by ATPTour.com.

But Djokovic harboured loads of confidence as well, having won his fourth Wimbledon title (d. Anderson) in 2018 and his past three matches against his Swiss rival.

Federer, playing in his 12th Wimbledon final, forced the decider by serving the fourth set out during his second attempt. But Djokovic ripped back momentum in the fifth game of the deciding set, breaking for a 4-2 lead. The Serbian had been up and down during the final up to that point.

You May Also Like: Flashback: Djokovic Saves Two MP To Beat Federer In Historic Wimbledon Final

Djokovic battled to take the first set tie-break and the lead, then all but disappeared during the second set as Federer evened the match. In the third, the Djokovic of old entered lockdown mode to again take the tie-break.

But Federer, who was steady all match, answered in the fourth, giving a capacity Centre Court crowd and the millions of fans watching on TV exactly what they wanted: a fifth set.

Djokovic served for a 5-2 lead in the fifth when the best drama of the season began. Federer broke back as a pro-Swiss crowd roared, and the two stayed on serve until 7-7, when Federer broke for a chance to serve out the match.

At 37 years and 340 days, Federer was trying to become the oldest man in the Open Era to win a Slam. He also was seeking his ninth Wimbledon title and his first major championship crown since January 2018 at the Australian Open.

Serving at 8-7, 40/15, pro-Federer fans held up their index fingers. Just one more point, and Federer would be able to celebrate more Wimbledon glory. But the Swiss couldn't handle a deep Djokovic return that made it 40/30, and Djokovic crushed a forehand pass to make it deuce before breaking and putting the final back on serve.

It had been 71 years since a Wimbledon men's singles champion had saved match points in the final, and no singles match at SW19 had ever been decided by a fifth-set tie-break. For the first time, organisers decided that a tie-break would be implemented at 12-all in the fifth set instead of making someone win by two games, like Kevin Anderson did against John Isner in the 2018 semi-finals, when he won the fifth set 26-24.

But Djokovic saved two match points, and he won the fifth-set tie-break for his fifth Wimbledon title.

By some measures, Federer outplayed the Serbian, winning 14 more points and hitting 40 more winners (94 to 54). But by the most important measure – the score – Djokovic owned their 48th FedEx ATP Head2Head meeting and had now beaten Federer in three consecutive Wimbledon finals.

Nitto ATP Finals, Group Bjorn Borg, Federer d. Djokovic 6-4, 6-3
Win and advance: Djokovic and Federer's second match of 2019 would send one of them home and propel the other one to the semi-finals of the season finale at The O2 in London. Both players had lost to Dominic Thiem earlier in the week and were 1-1 heading into the Thursday night showdown.

Djokovic was hoping to reach the semi-finals and make a push for his sixth year-end No. 1 finish in the ATP Rankings. Federer, meanwhile, was going for his second “Big Title” of the season after winning his 28th ATP Masters 1000 title in Miami (d. Isner).

The Swiss also was looking to recalibrate his rivalry with Djokovic. The Serbian had won nine of their past 11 matchups, including the Wimbledon final in July. But, before their 49th FedEx ATP Head2Head meeting, Federer batted off any suggestions that the tough loss at SW19 would affect him at The O2. 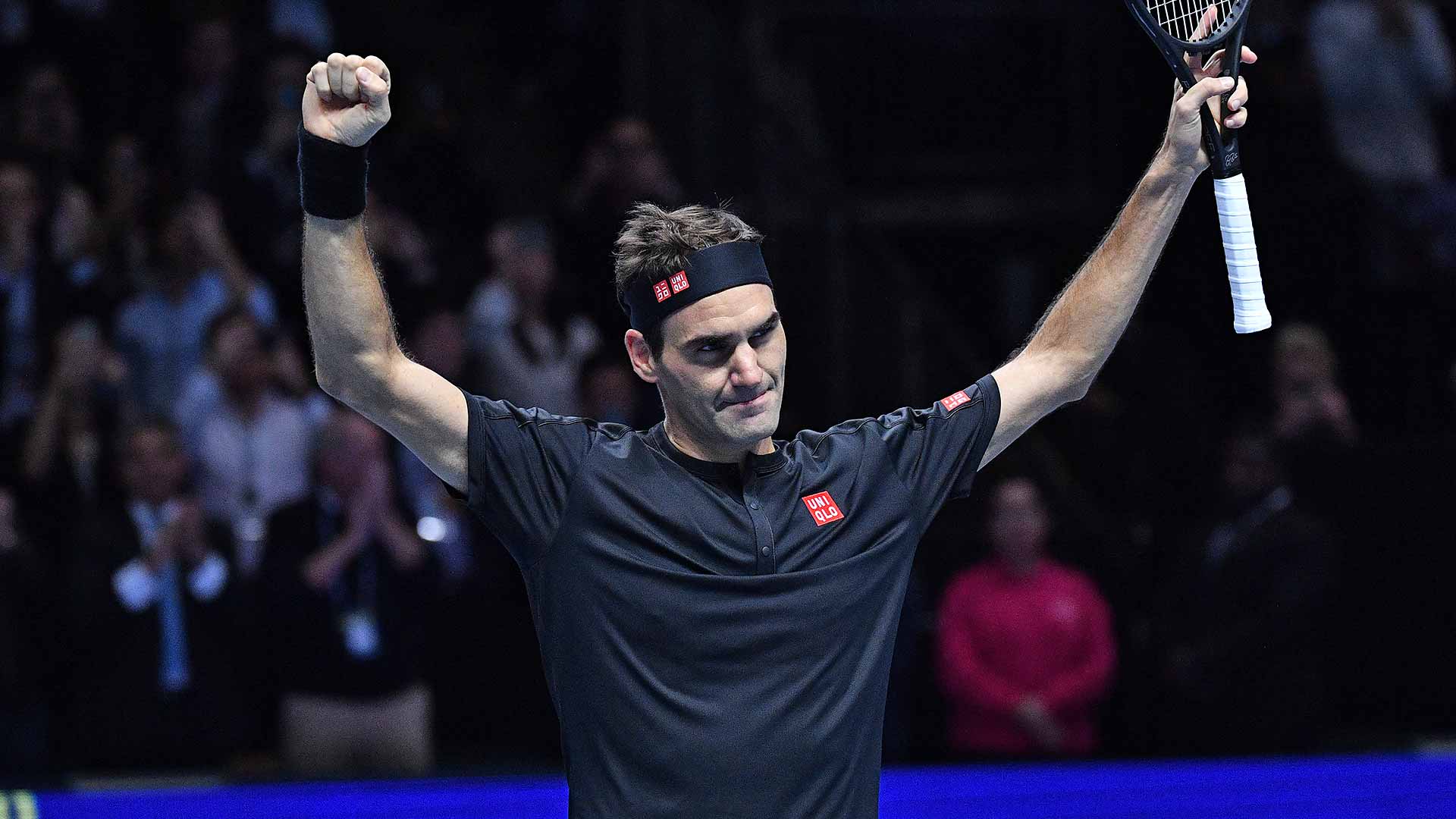 The excitement showed. Federer played one of his best matches of the season, executing his aggressive game plan close to perfection and overwhelming Djokovic, who never had the upper hand.

At 1-1, the Serbian donated two double faults to start, and on break point, 0/40, Federer walloped a sitting backhand. On serve, Federer won 87 per cent (20/23) of his service points and made only one unforced error in the first set.

Djokovic saw a break point in the fourth game of the second set, but Federer saved it and broke the next game as the crowd chanted, “Let's go, Ro-ger, let's go!”

Federer broke once more to close it out. He finished with 23 winners to only five unforced errors.

“There was a lot riding on the match. I think I served great, had great anticipation, a clear game plan and it worked to perfection tonight, and hopefully not the last time against Novak,” Federer said. “But even if it [is], it was all worth it. It was a great performance tonight from me.”

Federer would fall short of winning the season's final title, losing to Greece's Stefanos Tsitsipas in the semi-finals. But the Swiss had reset his rivalry with Djokovic, a promising sign for Federer and his fans heading into 2020.