Roger Federer and Stefanos Tsitsipas formed one of the best rivalries of the 2019 ATP Tour season.

Rivalries Of 2019: Federer vs. Tsitsipas

To kick off our Season In Review series, ATPTour.com revisits the fiercest rivalries of 2019. Today we feature Roger Federer vs. Stefanos Tsitsipas.

Stefanos Tsitsipas is among the legion of 20-somethings on the ATP Tour who counted Roger Federer among their heroes growing up. But for the lucky few, including Tsitsipas, Federer has also become their rival.

The 21-year-old Greek faced off with the 20-time Grand Slam champion four times in 2019. Fans savoured it all: the intergenerational battle, the one-handed backhands and fans' internal conflict between rooting for more success for Federer, who turned 38 in August, but also supporting the exuberant underdog hungry to win everything. 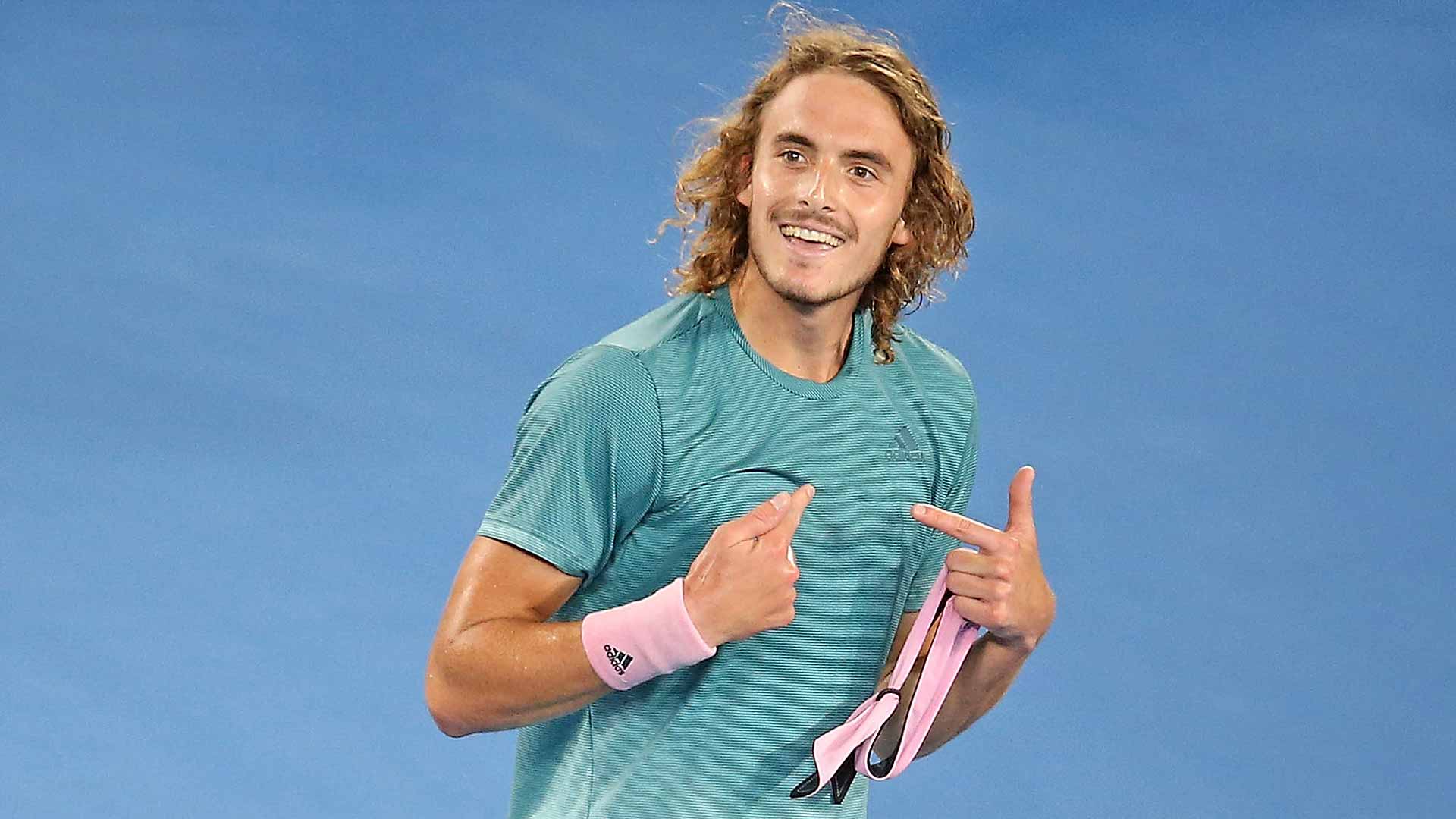 Australian Open, Round Of 16, Tsitsipas d. Federer 6-7(11), 7-6(3), 7-5, 7-6(5)
To start the year in Melbourne, Tsitsipas and Federer kicked off one of the storylines of the 2019 season: Just how close would the Next Generation get to knocking the Big Three off their pedestal?

Ahead of the 2019 Australian Open, the Big Three had won 51 of the past 62 major championships since Federer's first Grand Slam title at 2003 Wimbledon. And although Tsitsipas and his #NextGenATP cohort wouldn't slow down Big Three dominance at Grand Slams this year, the Greek did his part in Melbourne against the six-time Australian Open champion Federer, who had won back-to-back titles in 2017 (d. Nadal) and 2018 (d. Cilic).

Tsitsipas came up big on serve again and again in the Round of 16 showdown, foreshadowing what was to come in their rivalry. Serving down 6-7(11), 4-5, Tsitsipas saved four set points and won the final four points of the second-set tie-break to even the match.

“I have massive regrets tonight... I felt like I had to win the second set,” Federer said. “I don't care how I do it, but I had to do it.”

Tsitsipas surged with confidence from there and saved all 12 break points to become the first Greek player to reach a Grand Slam quarter-final after three hours and 45 minutes.

“It was a very emotional moment. It was a beginning of something really big. I felt joy. I felt happiness. I felt a huge relief going out of my shoulders,” Tsitsipas said.

Dubai Duty Free Tennis Championships, F, Federer d. Tsitsipas 6-4, 6-4
Federer, however, would not have to wait long to gain revenge against the Greek. In March in Dubai, the Swiss was trying to join American Jimmy Connors (109) and become only the second player in history to win 100 tour-level titles.

Federer won No. 99 in October 2018 at his home tournament, the Swiss Indoors Basel, and in his first opportunity to join the “Century Club”, he pounced. Federer quickly put the Melbourne loss behind him, breaking Tsitsipas twice and saving both break points faced to win in only 69 minutes.

“I think this one has a deep satisfaction, an immediate one, because I know what it means. I like these types of numbers or records,” Federer said.

“A lot of people always emphasise all the Slams and all these things. I play on the ATP Tour. This is where I've won so many of them, been around for so long. I don't rest between Slams all the time, like people think I might be. But I'm not. I think this number proves that. I think that's why this was a very exciting week for me.” 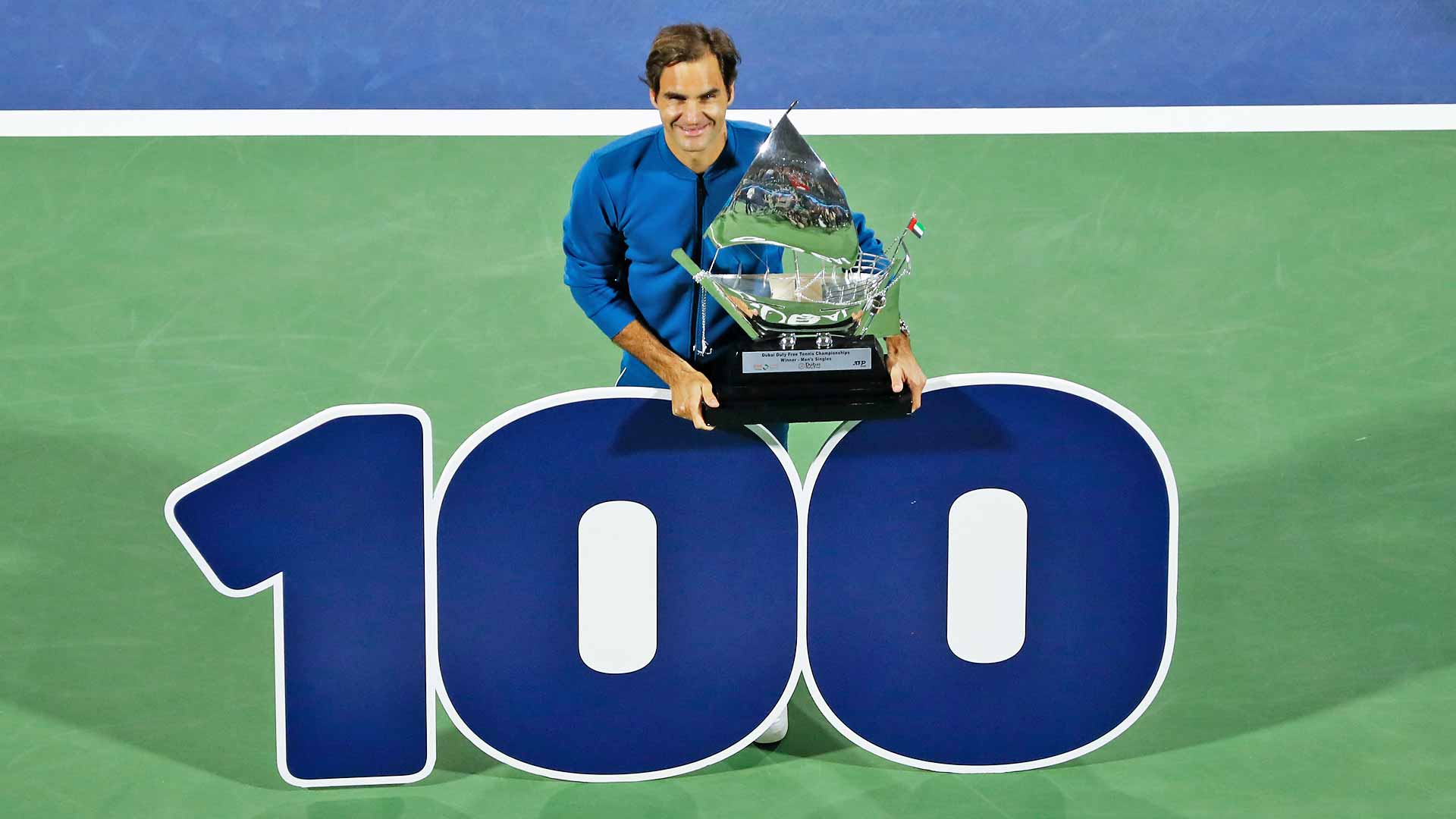 Swiss Indoors Basel, SF, Federer d. Tsitsipas 6-4, 6-4
Some things in tennis seem like they'll never change. Federer, with his aggressive and attacking style, dominates on quick surfaces, and his home courts in Basel fit that description.

Heading into this year's edition, Federer's 19th appearance, the home favourite had won his past 20 matches and owned a 71-9 record at the ATP 500.

But Tsitsipas, after a mid-season slump that included a first-round exit at Wimbledon and seeking inspiration from a book about Federer, was back to his old self, making the final in Beijing and the semi-finals at the ATP Masters 1000 event in Shanghai.

The Greek, however, could not slow down Federer. In a match that resembled the Dubai final, Federer broke twice to beat the #NextGenATP star in 79 minutes.

Federer won his 10th Basel title and his 103rd overall. The former Basel ball kid remembered to have a pizza party for the ball kids as well. 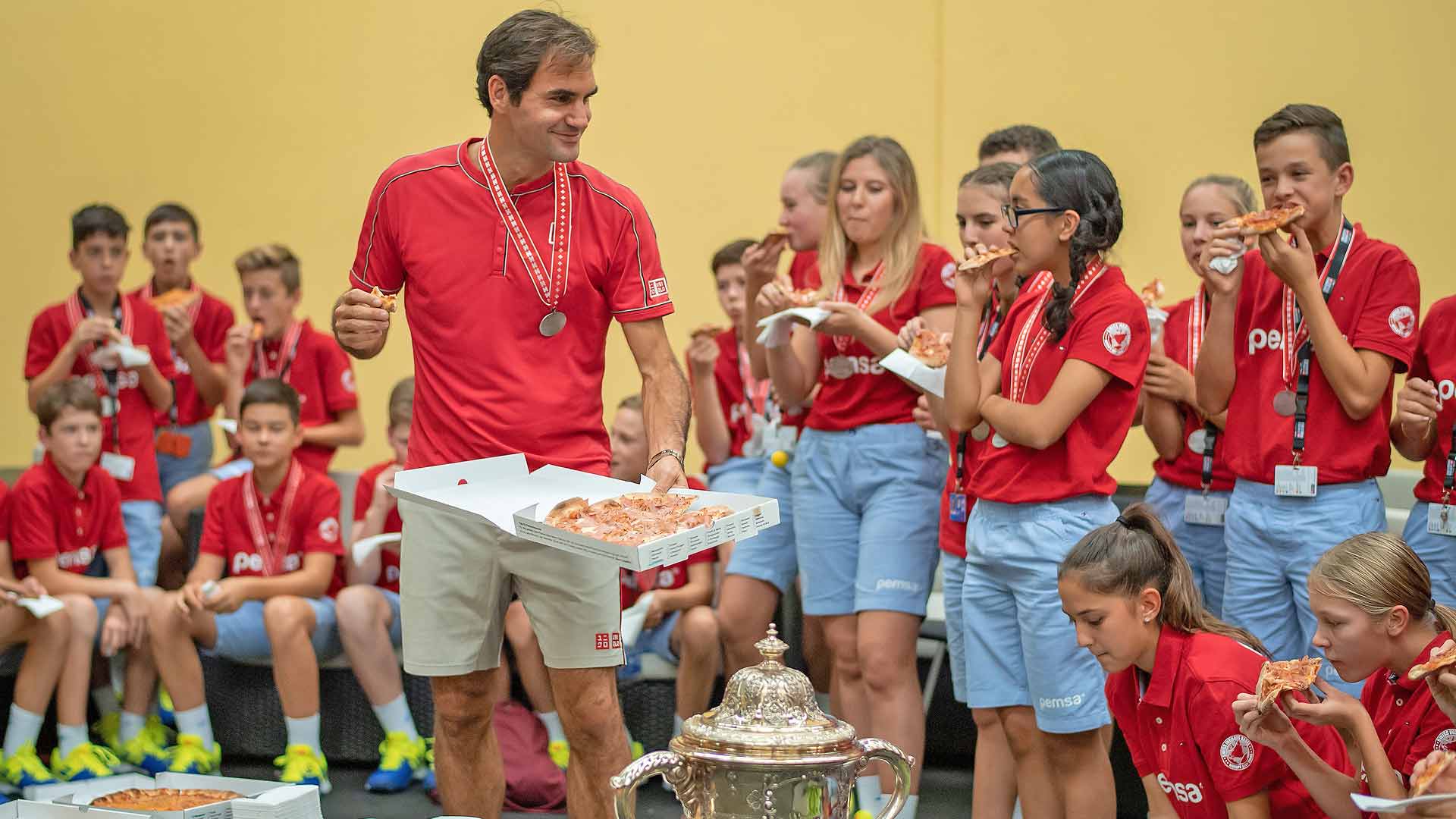 Federer had qualified for the semi-finals with one of his performances of the season, a 6-4, 6-3 win against No. 2 Novak Djokovic that saw the Swiss hit 23 winners to only five unforced errors. But Tsitsipas had won his group, going 2-1 and pushing World No. 1 Rafael Nadal to three sets in his only defeat.

You May Also Like: Tsitsipas: From Milan To London, The Emotions Of A Dream Come True

Against Federer in the semi-finals, their fourth and final FedEx ATP Head2Head meeting of the season, Tsitsipas played as if he were in Melbourne again. The Greek saved 11 of 12 break points to advance in straight sets and again leave Federer wondering, “What if?”

“I remember myself being one of these kids here, watching the event and… I could never picture myself standing here, but it did happen,” Tsitsipas said after being Federer. “Dreams do come true.”