Frenchman is the champion on home soil in Rennes

Benjamin Bonzi is redefining what it means to be 'on fire'. There's hot and then there's Bonzi scorching hot.

The Frenchman is etching his name in the ATP Challenger Tour record books in September, dominating the circuit with authority. On Sunday, he lifted the trophy on the indoor hard courts of the Open Blot Rennes, sprinting through the draw for his third consecutive crown. That is, three titles on home soil in three weeks and just three combined sets lost. He is the first player to go back-to-back-to-back on the circuit since Mikhail Youzhny in 2016.

"This was incredible," said Bonzi, who defeated Mats Moraing 7-6(3), 7-6(3) for the Rennes crown. "I knew it was not going to be easy against Mats, but I hung on. I was able to commit to my plan today and get an early lead in both tie-breaks. I thank my coach Lionel who has been with me all year. And I thank the audience here in Rennes. The atmosphere was sick all week."

The victory not only gave Bonzi his third straight title, but a historic sixth overall in 2021. He joins Facundo Bagnis (2016), Juan Ignacio Chela (2001) and Younes El Aynaoui (1998) as the only players to lift six singles trophies in one season in ATP Challenger history. 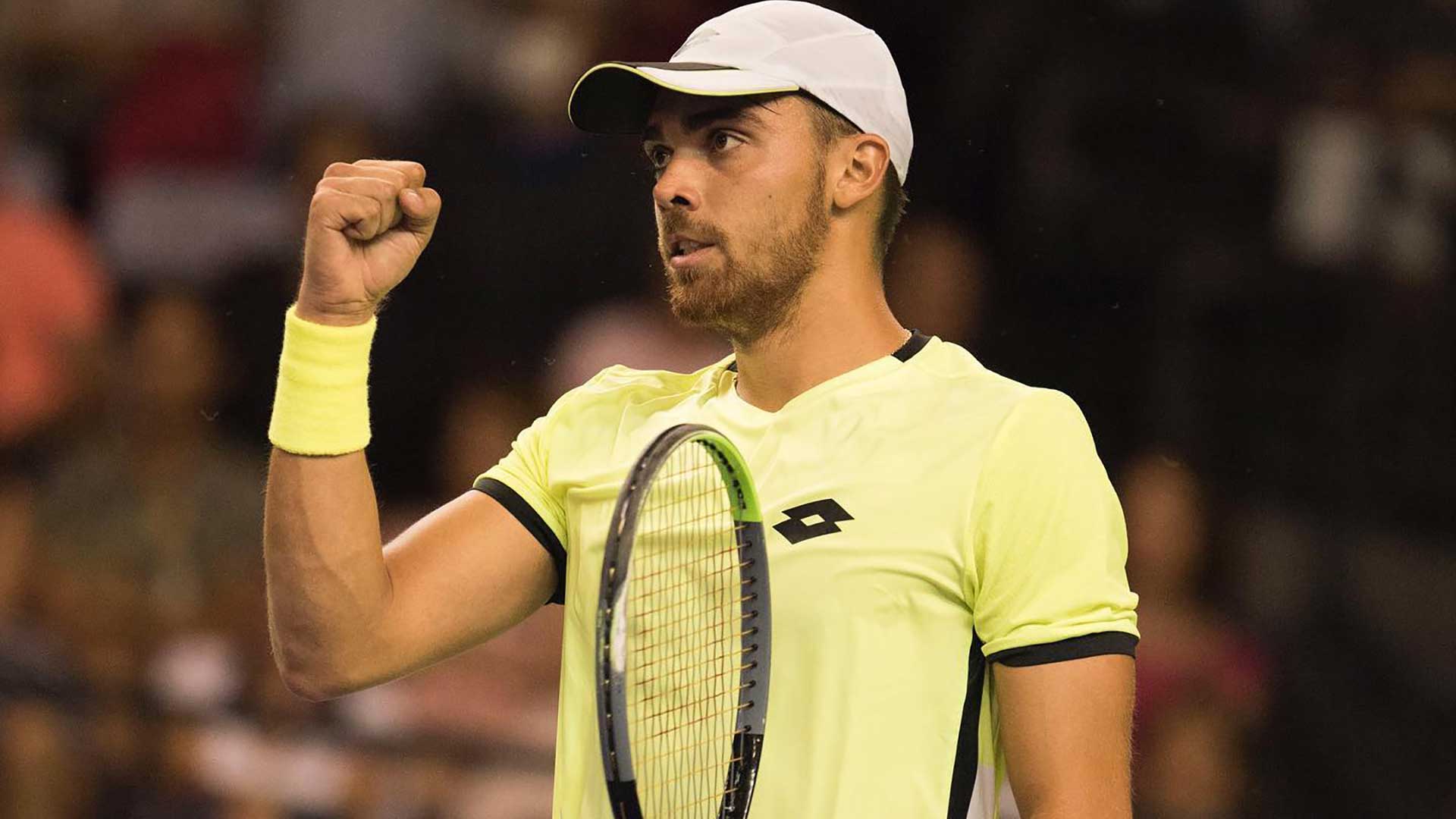 The Nimes native has been one of the breakout stars of the year on the circuit. He credits his stunning surge, which has seen him crack the Top 100 of the FedEx ATP Rankings last month, to the work he and coach Lionel Zimbler have put in, both on and off the court. A 'more serene' Bonzi admits that improving his mentality between the lines has made the difference.

Now, following his maiden title in Potchefstroom, South Africa, in February, and subsequent victories on the clay of Ostrava, Czech Republic and hard courts of Segovia, Spain, Bonzi entered the month of September poised for a big breakthrough. But not even he expected what would come next, as the Frenchman completed the trifecta on home soil in Saint-Tropez, Cassis and Rennes.

The 25-year-old is projected to rise to a career-high No. 61 in the FedEx ATP Rankings on Monday.

In other action... Zdenek Kolar has quietly put together a breakthrough campaign of his own, as the rising Czech star continued his ascent with a third ATP Challenger crown of the year. He prevailed in the 28th edition of the Pekao Szczecin Open, refusing to drop a set all week en route to the title. Also the champion in Oeiras and Iasi, Kolar is the first player from the Czech Republic to lift three trophies in a season since 2013. 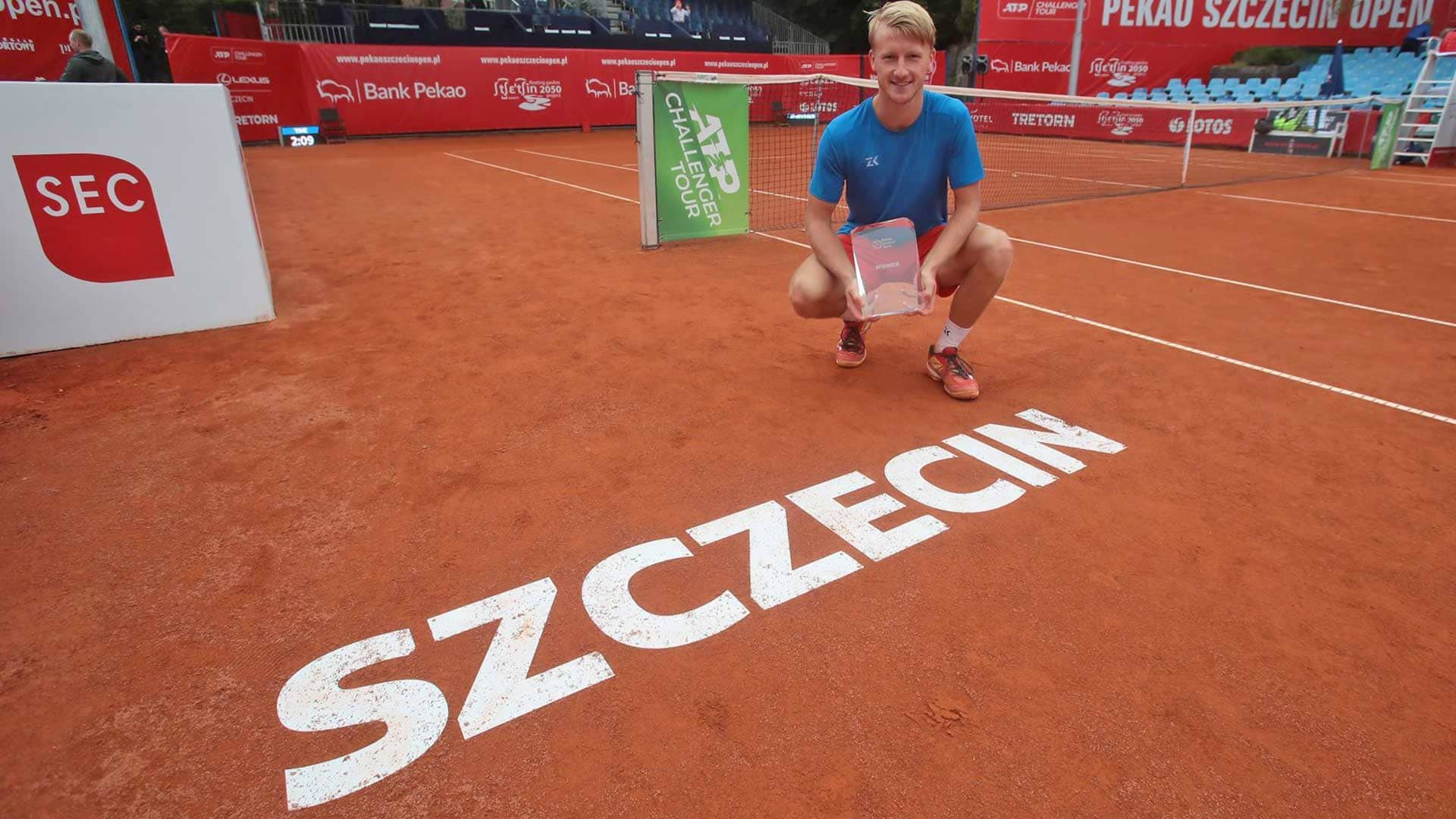 Two months after claiming the title on the hard courts of the Atlantic Tire Championships in Cary, it was Mitchell Krueger who added yet another crown to his haul - also in Cary. Krueger completed the sweep in the North Carolina city, dropping just one set all week to lift the trophy. It was the third of his career on the ATP Challenger Tour, rising to a career-high No. 156 in the FedEx ATP Rankings.

At the 34th Istanbul Challenger TED Open, World No. 80 James Duckworth streaked to the title. It was ATP Challenger title No. 12 for the Aussie star, who rallied from a set down to defeat Quentin Halys in the semi-finals and sprinted past Tung-Lin Wu 6-4, 6-2 in Sunday's championship clash. Duckworth rises to a career-high No. 65 in the FedEx ATP Rankings.

The feel-good story of the week, if not the year, came from Quito, where Facundo Mena paid tribute to his late father with a run to the title. The Argentine lifted his second ATP Challenger trophy and first since 2019, kicking off the South American swing in style. An emotional Mena dedicated the victory to his father Gabriel, who passed away last year.

"It's an incredible feeling to win this title," said Mena. "I didn't know if I'd get back to this moment and it is very emotional for me."