Benjamin Bonzi is the champion in Segovia, claiming his third ATP Challenger title of 2021.

Frenchman rises to career-high No. 95 with Segovia title

The most successful player on the ATP Challenger Tour in 2021 added yet another trophy to his growing haul... and secured his Top 100 debut in the process.

Benjamin Bonzi clinched his third title of the year on Sunday, prevailing at the Open Castilla y Leon in Segovia, Spain. It was a milestone victory for the Frenchman, who confirmed his Top 100 breakthrough in dramatic fashion. Bonzi needed two hours and 19 minutes to triumph on the hard courts of El Espinar in Segovia, edging Tim Van Rijthoven 7-6(10), 3-6, 6-4. He saved four break points midway through the deciding set, before eventually downing the dogged Dutchman.

At the age of 25, Bonzi needed to lift the trophy to validate his place among the 100 best players in the world. He would not be denied his moment in the spotlight, rising to a career-high No. 95 in the FedEx ATP Rankings.

"I'm very happy," said Bonzi. "To win five matches in a row in a single week is never easy. The title and of course [breaking into] the Top 100 is a big goal. Today, Tim played amazing and I tried to push him as hard as I can, but in the end I got the win. To play in front of such an amazing crowd this week is a very nice feeling. I want to enjoy this as much as I can." 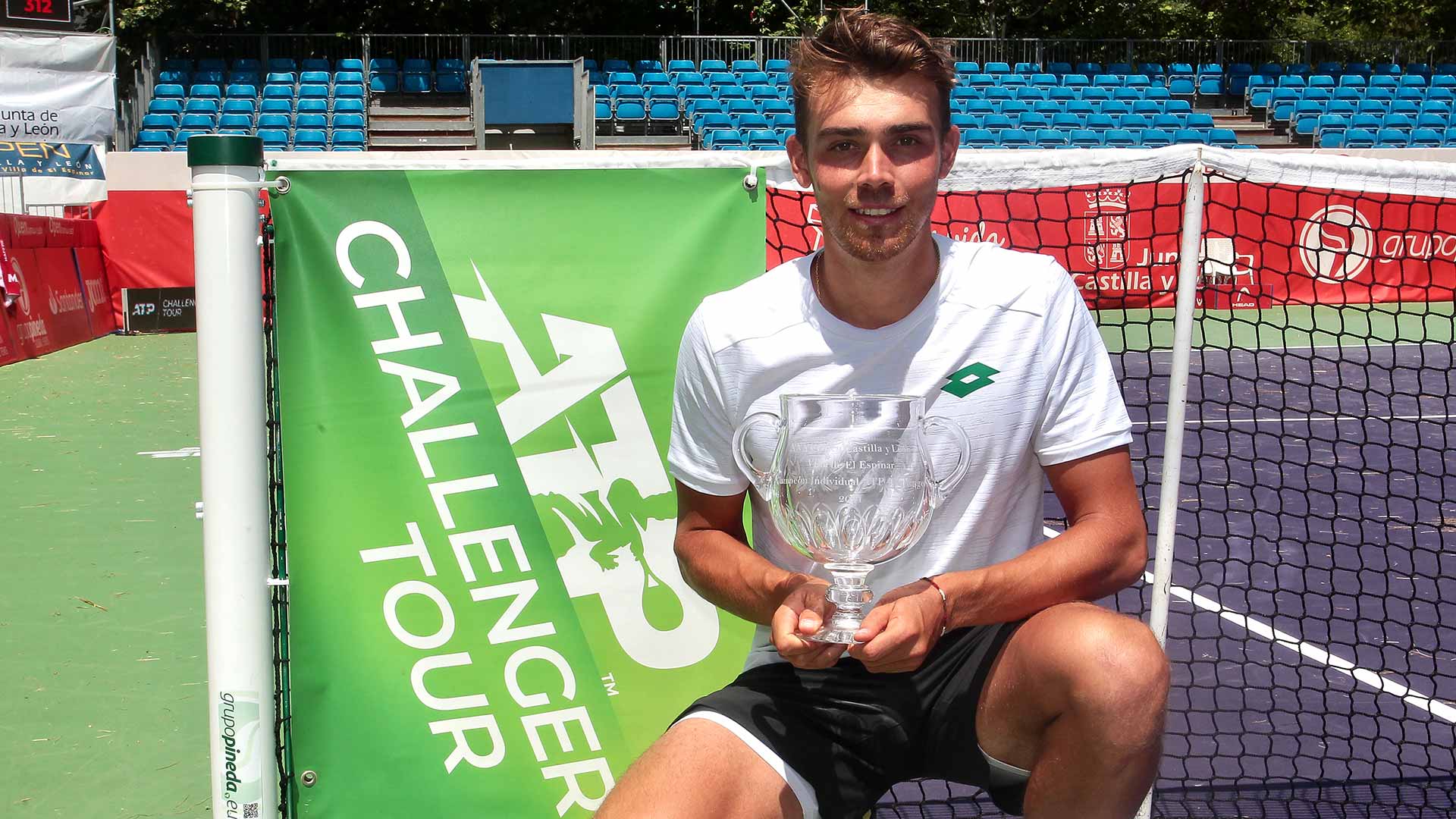 Having never claimed a Challenger trophy entering the 2021 season, Bonzi has been a revelation on the circuit this year. The Nimes native owns a tour-leading 34 match wins and three crowns, joining Sebastian Baez, Zizou Bergs, Jenson Brooksby and Tallon Griekspoor atop the titles leaderboard.

Bonzi is carrying the momentum from a strong run on the lawns of Wimbledon, having reached the second round as a qualifier. There, he pushed former World No. 3 Marin Cilic to four sets. The Frenchman will look to continue to impress at the next level, as one of the players to watch at US Open qualifying later this month.

This week, the Open Castilla y Leon celebrated its 30th anniversary on the ATP Challenger Tour. The tournament marked three decades of professional tennis at the historic El Espinar in Segovia, becoming the fifth Challenger to reach the milestone edition.

You May Also Like: Segovia Celebrates 30 Years On ATP Challenger Tour

In other action... Tomas Martin Etcheverry continued his strong form with a second title in just four weeks. The Argentine, who won his maiden Challenger crown in Perugia in July, added another trophy on Italian soil on Sunday. He defeated countryman Thiago Tirante 6-1, 6-1 for the Trieste title. One of the hottest players on tour, Etcheverry has won 13 of his last 14 matches since falling in Wimbledon qualifying. The 22-year-old rises to a career-high No. 147 in the FedEx ATP Rankings with the victory. 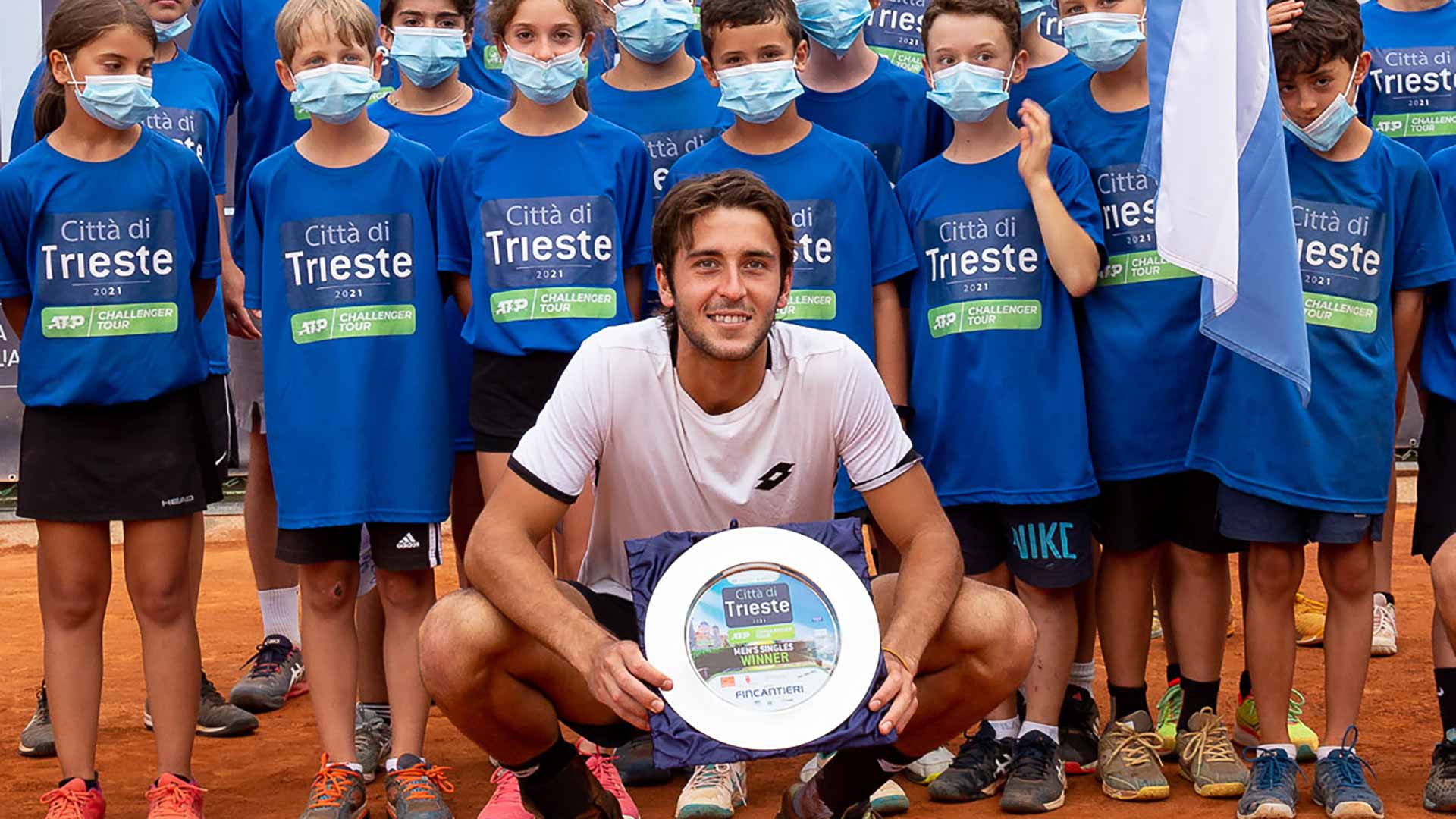 On the clay of Poznan, Poland, it was Bernabe Zapata Miralles who added his second title of the year. The top-seeded Spaniard was forced to rally from a set down twice during the week, before defeating an in-form Jiri Lehecka 6-3, 6-2 in Sunday's championship. The 24-year-old is closing in on a Top 100 debut of his own, rising to a career-high No. 110.

And on the hard courts of Lexington, Kentucky, it was Jason Kubler prevailing on U.S. soil. The Aussie veteran survived a marathon encounter with first-time finalist Alejandro Tabilo, needing nearly three hours to take the title 7-5, 6-7(2), 7-5. After missing time with wrist and knee injuries since 2019, he returned to the winners' circle with aplomb. It marked his sixth career Challenger title.