When Novak Djokovic and Rafael Nadal are at their best, there is normally little their opponents can do about it. But ahead of their blockbuster Roland Garros semi-final on Friday, former World No. 4 Brad Gilbert said that might not be the case when they meet on Court Philippe-Chatrier.

“It’s an opportunity match. If you play your best, you might not win. It’s the ultimate test,” Gilbert told ATPTour.com. “Normally when they play their best, it might be good enough. But either one of them could be at their best and it might not be good enough if the other guy is at his best. Obviously there’s also history at stake and all these different things.”

This will be the record-extending 58th ATP Head2Head meeting between the all-time greats. This fortnight, Nadal, who is 105-2 at this tournament, is pursuing a record-breaking 21st Grand Slam championship. Djokovic is going for his 19th major trophy and trying to become the first player to defeat the Spaniard twice at Roland Garros.

“The greatness of Rafa is that he is just thinking about executing. Everybody is thinking about 21 [Grand Slams], all the potential possibilities. He says he’s not and I believe him,” Gilbert said. “I think Djoker is probably thinking more about history than Rafa. It could be distracting. But he kind of reminds me of the Metallica song, Fuel. I think it adds fuel to his fire.” 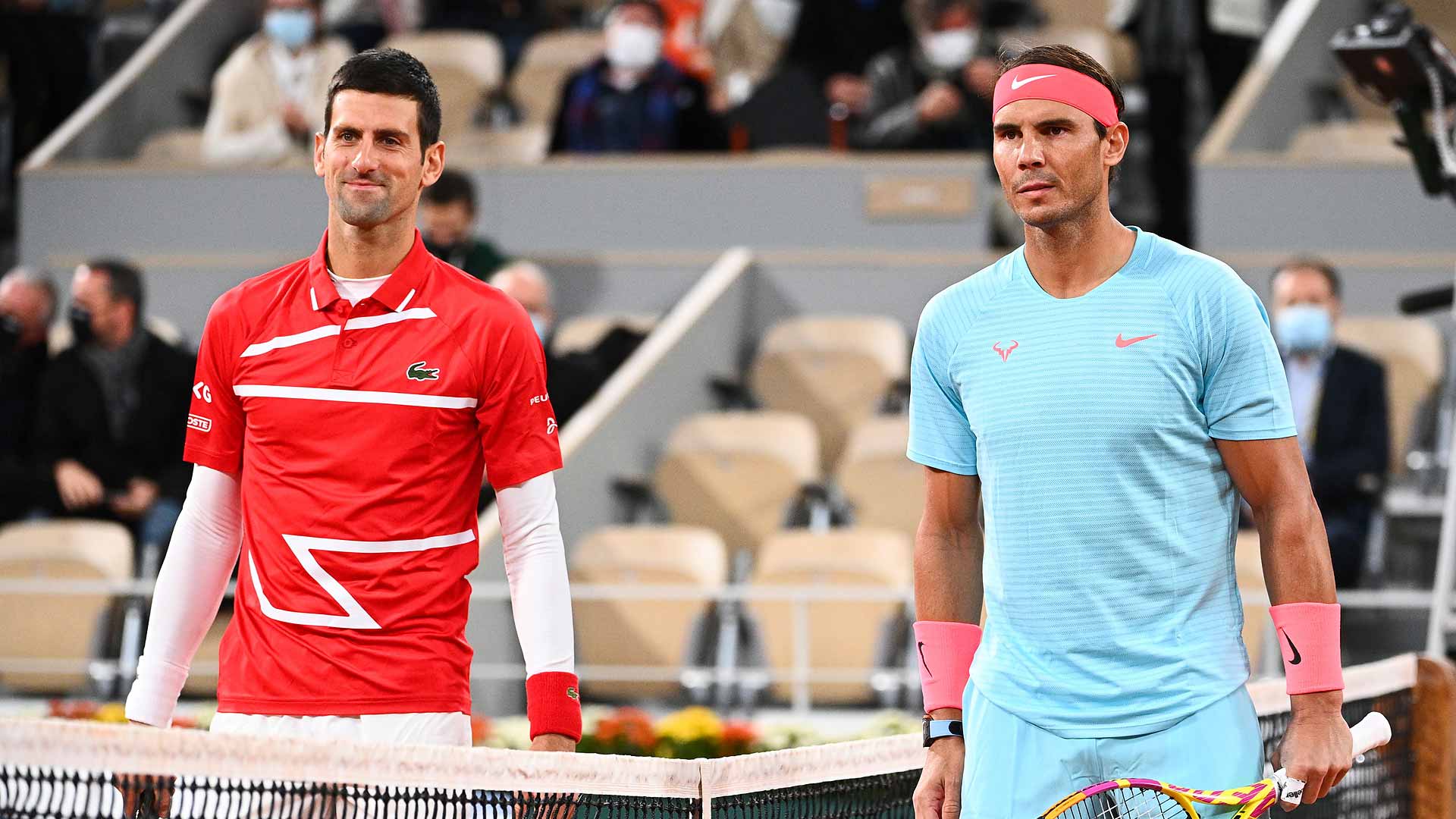 Nadal has won seven of the pair’s eight clashes at Roland Garros, and five in a row on clay. Before that, from 2013 Beijing through 2016 Rome, Djokovic won 11 out of 12 matches against the lefty. Those shifts in the tide have come from micro-adjustments in game plans.

Within the first few games Friday, Gilbert will be looking for whether Nadal hits high, heavy balls deep in the court with his backhand. The former coach of Andre Agassi and Andy Roddick believes that has been a key in Nadal’s past two victories against Djokovic, which came in last year’s Roland Garros final and this year’s Rome championship clash.

“If a guy is executing a high ball, if you don’t take it precisely early, you back up, it’s a tough ball. If Rafa doesn’t execute it and he hits it high and he doesn’t get length on it, then Djoker can jump on it. Everything about a looping ball has to be executed right. You have to get height, but then you have to get depth.”

More On Djokovic-Nadal LVIII
Learn About Their Rivalry In Paris
The Complete Djokovic-Nadal Rivalry
Novak On Facing Rafa: 'It's Not Like Any Other Match'
Nadal: 'We Are Living The Sport For These Moments'

Gilbert put on the hat of Djokovic’s coach, Marian Vajda, to think of what Djokovic can do if Nadal throws those looping balls at him again.

“If it’s a hot and fast day, you might have to be a little more patient on those. You might have to just wait and not force taking the ball so early,” Gilbert said. “Or maybe you take a couple in the air with swinging volleys.”

In last year’s Roland Garros final, Djokovic hit 28 drop shots — 25 from his backhand wing — and won fewer than 50 per cent of those points. Gilbert, however, did not mind the Serbian trying to change things up.

“What happened if all of a sudden he won 10 or 12 of those and that rattled Rafa? He might not have seen that coming with the drop shot and it could have ended up being genius,” Gilbert said. “Maybe he thought going into the match that might work. That’s why I do think that they’re both a little bit like a rubix cube. It’s not going to just be, ‘I’m going left and you’re going right.’”

You May Also Like: Preview: Will Tsitsipas Or Zverev Break New Ground In Paris?

Twenty-time ATP Tour titlist Gilbert believes Djokovic has his most success against Nadal when he attacks the Spaniard’s forehand hard from the first ball.

“Whether or not that’s hitting a backhand crosscourt or a forehand inside-out, it is when he takes the rally hard and fast to the forehand on the first ball and then gets control of the rally,” Gilbert said. “When Rafa is much more lethal is when he is one or two steps around on the backhand side of the court hitting forehands and dictating play.

“Where Djokovic has more success is making Rafa pay in the forehand corner. Djoker will play more offence than he normally does.”

According to Gilbert, Friday’s clash will come down not to previous matches and records, but who is able to execute on the day, find the best level and make adjustments as necessary.

“The beauty of them is that their games have both evolved. They are doing different things than they were doing 15 years ago. They’re more well-rounded players as they’ve gotten older, so there are still adjustments to make,” Gilbert said. “It’s amazing that they’ve played this many times, but they’re still making little tweaks and adjustments on how to have success against each other. I think that’s the brilliance of the rivalry as well.”