Liam Broady will compete in the Australian Open main draw for the first time.

Liam Broady suffered one of his most disappointing defeats at the 2020 Australian Open. After a hard-working preseason, the Briton arrived in Melbourne for qualifying with high expectations. The result? A 3-6, 0-6 defeat against Ilya Ivashka in 73 minutes.

“I was trounced and it was a terrible match. My initial reaction was to go mess about in the city and get up to no good,” Broady told ATPTour.com last year. “The thing was, I had a fantastic preseason leading up to that. I was feeling awful and thinking that it just wasn't fair. I had done the best preseason of my life and then I won three games in my first match of the year.

“But I was sitting there thinking that going out won't make me feel better. I've done it enough times in my life to realise that.”

It was right then that the lefty decided to make a commitment and fully focus on his career. The “messing about” could wait. He spoke to his longtime coach, David Sammel, to reaffirm that thought.

“I remember telling Dave at the time that I don't want to talk about the match, but I want to make a commitment to myself and to you that I'll make the right decisions over the next 12 months. I said that at the end of 2020 we'll see,” Broady said. “I made the final of the Challenger in Parma and qualified for Roland Garros, which was the first time I qualified at a Slam. I got a few rewards for it. That made me think that I wanted to do it the same way.”

Broady’s career has been on an upward trajectory ever since. Last November, he reached a career-high No. 121 in the ATP Rankings, more than seven years after he cracked the Top 200 as a 20-year-old. The lefty credits his ascent to that change in mindset.

“In all walks of life, sometimes things take longer than you want them to,” Broady said. “It tests your resilience and some people don't succeed because they fall off at the first hurdle or second hurdle, but these past two years I've tried to stay on the track as much as I can. Now I'm getting the rewards.” 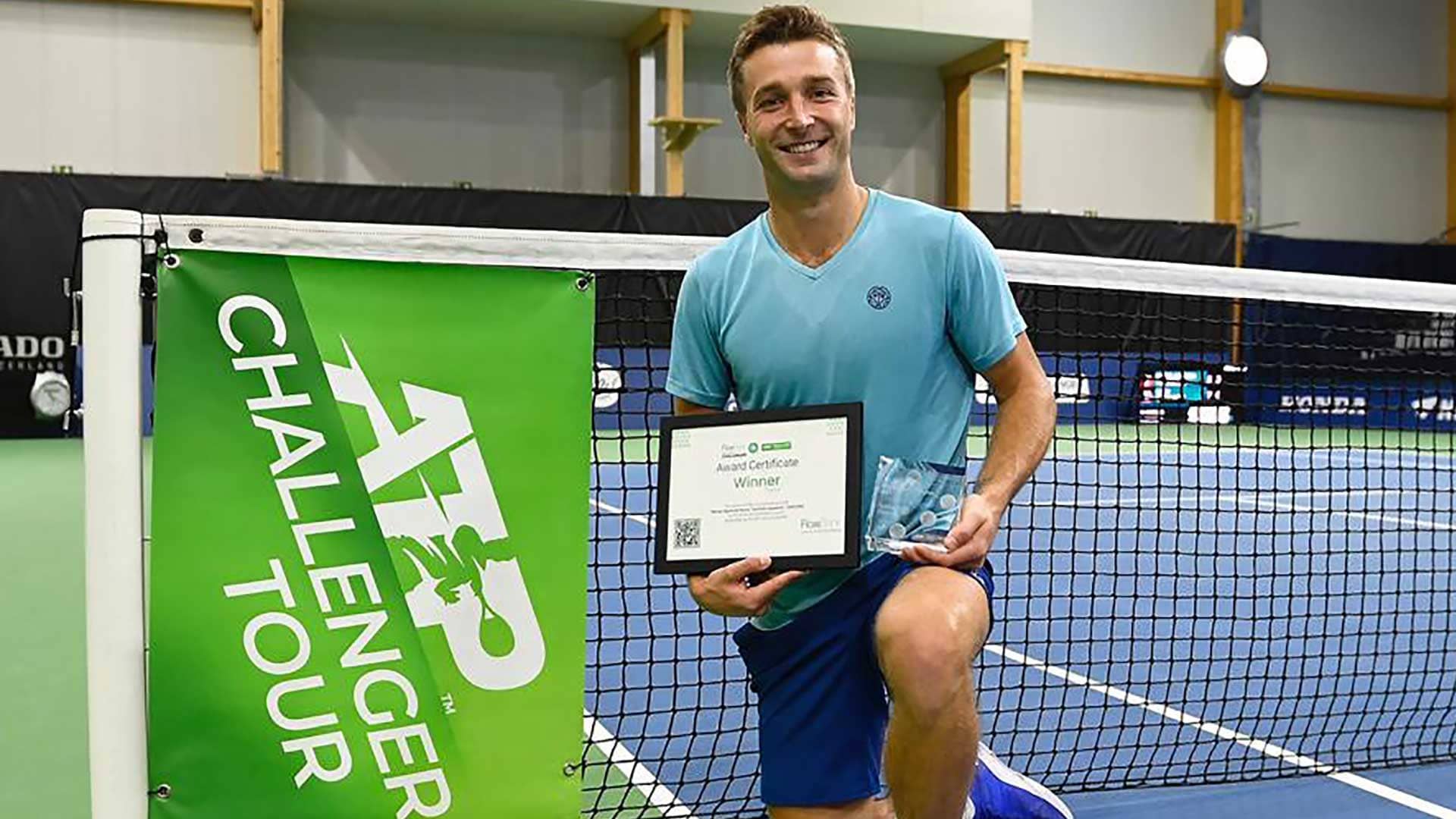 Photo Credit: Fresh Focus Swiss
One of the big hurdles Broady successfully navigated was winning his first ATP Challenger Tour title. The Briton lost his first seven finals at that level before finally breaking through in September in Biel, Switzerland. It was seven years on from his first Challenger final, which came in 2014.

That wasn’t the only streak Broady snapped recently. He was unsuccessful in his first 11 attempts to qualify for a major before bringing that to an end at Roland Garros in 2020 (he had previously competed in major main draws as a wild card). Last year in Paris, the Stockport-native won just four games in the second round of qualifying in Paris against Roman Safiullin. But three days ago in Melbourne, Broady rallied from a set and a break down against the same man to reach the main draw.

You May Also Like: The Broady Bunch: Siblings Liam & Naomi Team Up In Miami

Broady is beginning to overcome roadblocks that have stopped him in the past, and he has learned plenty of lessons along the way. What would he tell a younger version of himself who first broke through eight years ago?

“I’d say to try not to let the lows be so low and try not to let the highs be so high. It's tough because people said that to me at that age, if I commit now and invest in myself then I'll see it in the future,” Broady said. “But it's one thing for someone to tell you and another to believe it yourself.”

The lefty will now get set to face home favourite Nick Kyrgios in the first round. Eleven years ago, he defeated the Aussie in the first round of the Wimbledon boys’ singles event. The path since has not been perfect, but Broady is on the right track.

It is fitting that two years on from one of the most disappointing losses of his career, Broady ended up laying flat on an Australian Open court Friday, full of emotions after one of his biggest wins.

Did You Know?
Broady began his season by serving as the captain of Great Britain’s ATP Cup team.