Jenson Brooksby is in contention in the ATP Race To Milan for a spot at the Next Gen ATP Finals.

Playing Brooksby? Get Ready For A Battle...

Andrew Eichenholz
This article contains:
The #NextGenATP American is into his first ATP Tour final in Newport

A dense fog was floating through the Newport air, with seagulls chirping above the scene. Making his ATP Tour main draw debut this week at the Hall of Fame Open, Jenson Brooksby was in a semi-final battle against Jordan Thompson.

The American won the first set, but trailed the experienced Aussie by a break in the second, and later faced two set points. Against a gritty opponent like Thompson, who is a workhorse himself, it would have been easy for Brooksby to lose focus.

But instead, he flew around the baseline to claw through points and pumped his fist with the occasional roar. Brooksby stormed back in the second set and triumphed 6-3, 7-6(3) to reach his first tour-level final in his first professional tournament on grass. Efforts like that have been the story of the season for the 20-year-old, who is 32-5 in 2021 across all levels.

“I love competing more than anything and the rush of being able to play each match,” Brooksby told ATPTour.com. “I’m happy with how it’s been going. It’ll only keep getting better, I think.”

Brooksby's game has a bit of funkiness to it, including his two-handed backhand slice. But what stands out most is that the #NextGenATP star is a fighter, and that is what has made him one of the breakthrough players of 2021.

The World No. 152 rises to the competitive occasion regardless of the setting, though. Give him a deck of cards or a ping pong paddle, and it’s on!

“I compete in a lot of things. Some people find it annoying, but even things like ping pong or even card games I compete in,” Brooksby said, cracking a laugh. “I love competing in general, I have that energy. It comes out on the court, too.” 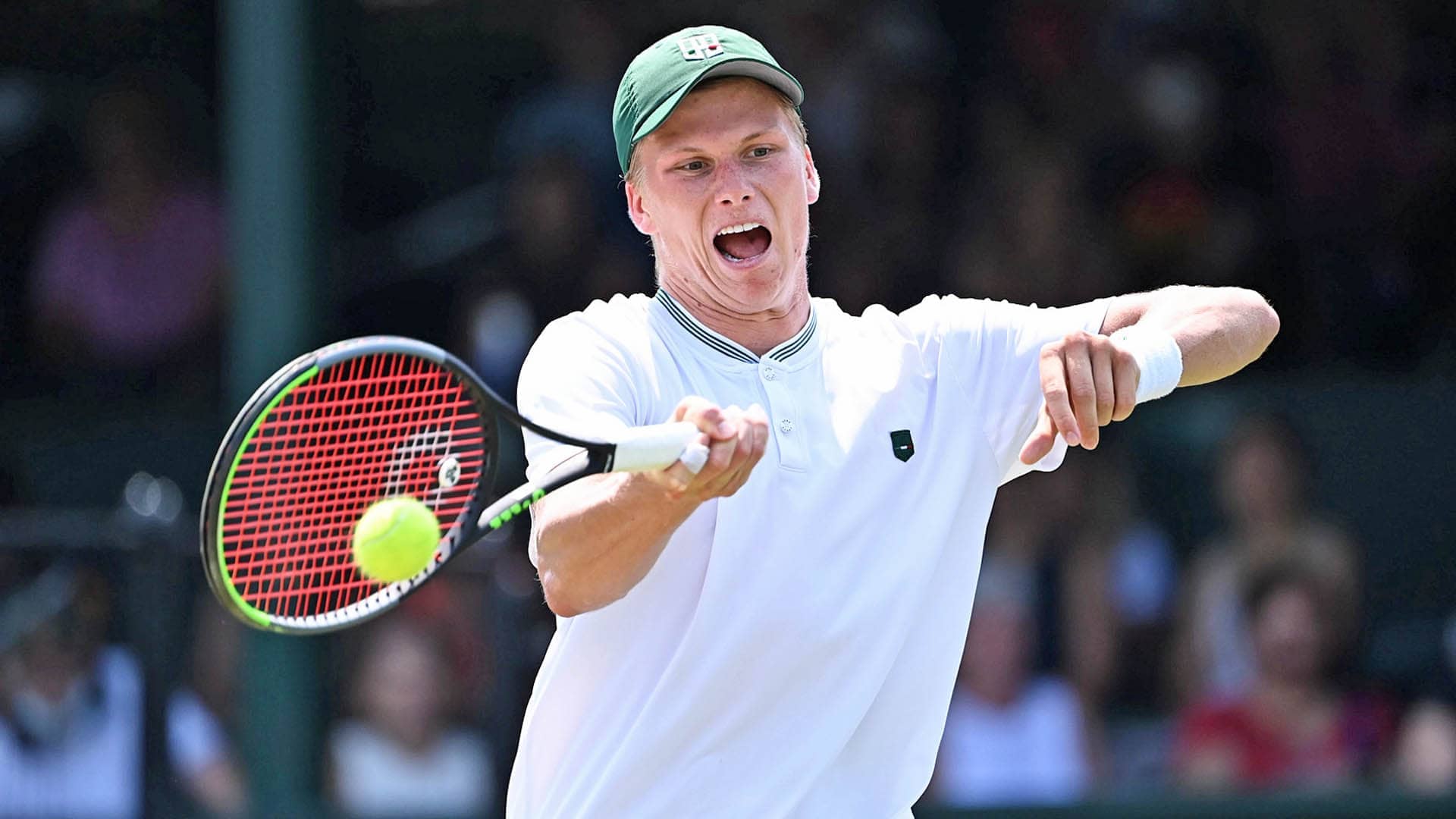 Photo Credit: Ben Solomon/ITHF
People are starting to take notice, even if this is only Brooksby’s fourth tour-level event. He even began the season outside the Top 300 of the FedEx ATP Rankings.

Former World No. 4 Todd Martin, the CEO of the International Tennis Hall of Fame — home of this week’s grass-court ATP 250 — has been impressed.

Brooksby's heart has been set on becoming a professional for years. When the American was 12, he began homeschooling and stopped playing other sports. It was all tennis all the time.

“I’ve believed my game and my skills have been good and only improving since then,” Brooksby said. “I know that this is what I’ve wanted to do for a long time. Obviously I’m glad that I’m here doing it, while still enjoying and trying to improve my game.”

Pursuing a dream like Brooksby has comes with plenty of pressure to fulfill those expectations. But the 6'4" right-hander does not let that bother him.

“You can’t control what thoughts come to your mind sometimes, but it’s how you handle it,” Brooksby said. “I’m motivated enough to want to be great and do the best I can to where that overlaps any pressure. I love the pressure moments before matches. You get a little more intense and that’s the fun part of it, really. I try to thrive in that.”

As competitive as he is, Brooksby is mellow off court. The three-time ATP Challenger Tour titlist does not mind getting away from that intense atmosphere. The Californian is at home in nature. He enjoys spending time near rivers in Northern Californian cities like Auburn, Folsom and Sacramento.

“All the training and fitness, it takes a lot of focus, which I enjoy,” Brooksby said. “But at the same time, I can bring a better focus and focus consistently if I have some more fun off the court when I can. I feel like that really helps.”

You May Also Like: Brooksby's Breakthrough: Meet The #NextGenATP Star Who Refuses To Lose

Brooksby is another young ATP Tour star who also enjoys playing the piano, joining the likes of Felix Auger-Aliassime and Ugo Humbert.

“I started playing when I was 10. My dad had played a little bit in the past and then when I was really young, my mom bought a grand piano for him with the hopes that I would get into it, too,” Brooksby said. “It’s really cool, though. I still have some lessons sometimes and it’s just cool being able to sit down and play.”

That is not the only music he enjoys, though. Brooksby loves to listen to rock.

“I get a lot of it from my dad. I love a lot of classics like Tom Petty, John Mayer, The Gorillaz, the Arctic Monkeys,” Brooksby said. “I remember I saw one concert with [my dad], Steely Dan. I love music like that. Before matches, I usually listen to faster stuff, but in general I just love that type of rock.”

Brooksby’s game is rocking at the moment. He is the second-youngest finalist in the 45-year history of the Hall of Fame Open (19-year-old Greg Rusedski, 1993). After starting the week seventh in the ATP Race To Milan, the American can further stake his claim to a spot at the Next Gen ATP Finals with a win against former World No. 5 Kevin Anderson in Sunday’s final.

Regardless of the result, it’s safe to say fans will see Brooksby battle until the last point, win or lose.

“I want to be remembered as someone who worked his butt off and just gave everything I can to the sport,” Brooksby said. “I just want to have done the best that I possibly could by the end of my career and have no regrets that I worked as hard as I could and became the best player I could be.”