Six-time former champions Bob and Mike Bryan worked hard for victory against Rohan Bopanna and Yasutaka Uchiyama on Wednesday at the Australian Open.

Bryans Battle Through Tough Opener At The Australian Open

Twenty years on from their debuts at the Australian Open, Bob Bryan and Mike Bryan started their tilt at a seventh title in Melbourne on Wednesday.

The American twins, who lifted the trophy at Melbourne Park in 2006-07, 2009-11 and 2013 from 10 final appearances, didn't have things all their own way, but knuckled down in the decider to beat Rohan Bopanna and Yasutaka Uchiyama 6-1, 3-6, 6-3 to reach the second round. The Bryans, who are set to retire in September, will now look to improve upon their 76-14 record at the first Grand Slam championship of the year against Taylor Fritz and Tommy Paul or Juan Sebastian Cabal and Jaume Munar in the second round. 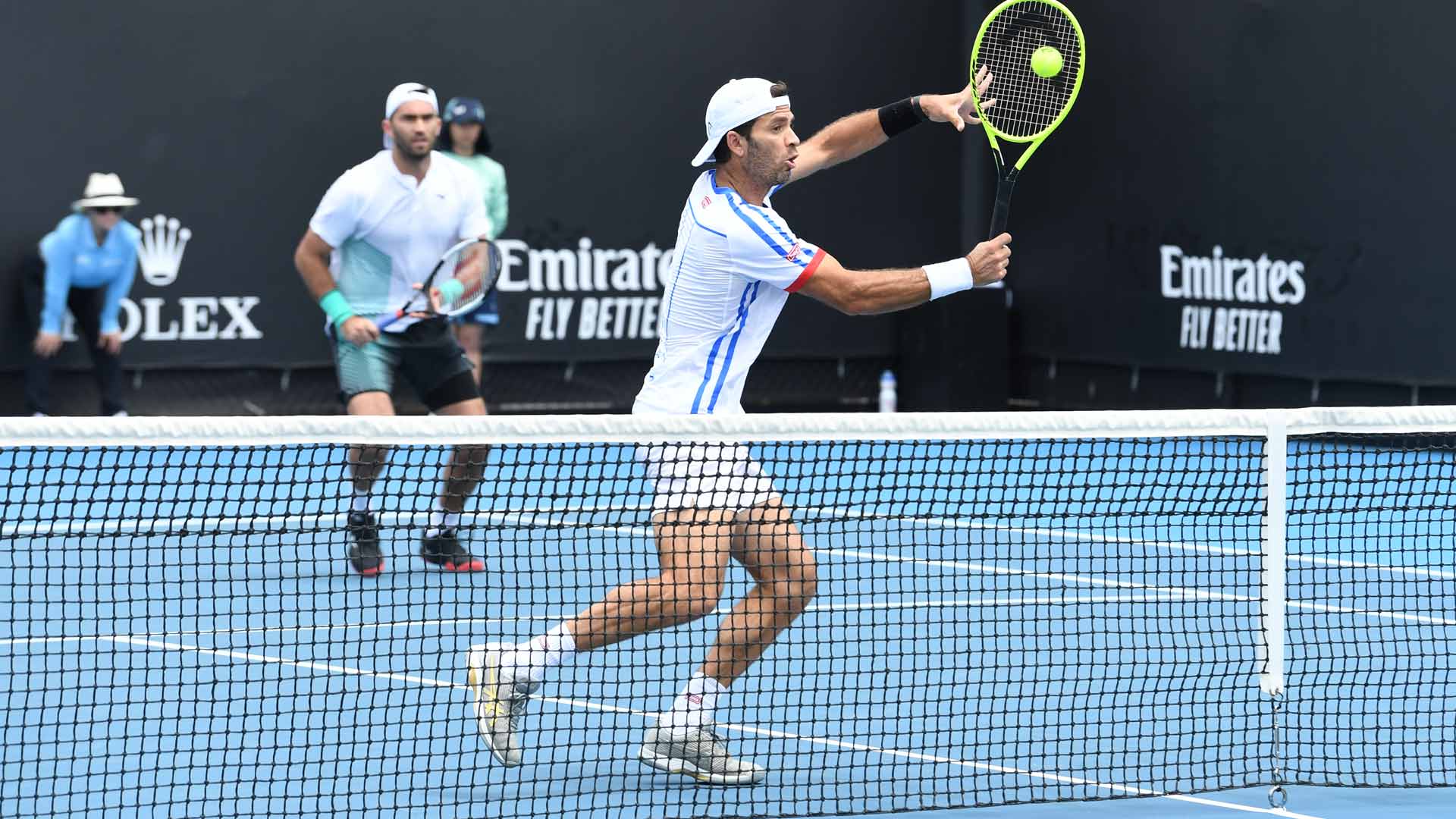 Eighth seeds Jean-Julien Rojer and Horia Tecau also battled hard to reach the second round. The Dutch-Romanian duo, playing its seventh season together, defeated Dominic Inglot and Aisam-ul-Haq Qureshi 6-1, 3-6, 6-2 in one hour and 36 minutes.

Rojer and Qureshi have history together, qualifying for the Nitto ATP Finals as a team in 2012 and 2013. But it was Rojer and Tecau who showed their chemistry under pressure against Inglot and Qureshi, who were competing in just their second tournament as a tandem.

Rojer and Tecau, who have won 20 tour-level titles together, will next play Aussie wild cards Max Purcell and Luke Saville or in-form Russian Andrey Rublev and Belarusian Andrei Vasilevski.

There was a big upset on the first day of doubles action, as Kazakhs Alexander Bublik and Mikhail Kukushkin defeated 2019 Roland Garros champions Kevin Krawietz and Andreas Mies 6-3, 7-6(7). Krawietz and Mies are now 1-4 on the season after going 1-2 at the ATP Cup and losing in the first round of the Adelaide International. All four of their losses this year have come in straight sets.

Sixth seeds Marcel Granollers and Horacio Zeballos, who won an ATP Masters 1000 title together in Montreal last year, faced few difficulties in a 6-4, 6-4 victory against Marcus Daniell and Philipp Oswald. Granollers and Zeballos have proven dangerous at the Grand Slam-level, making the championship match at last year’s US Open.

Ninth seeds Raven Klaasen and Oliver Marach needed three sets to win their opener, battling past Miomir Kecmanovic and Casper Ruud 6-2, 4-6, 6-3. The South African-Austrian tandem will next meet Andres Molteni and Hugo Nys, who rallied from a set down to beat Australian wild cards Alex Bolt and Matthew Ebden 4-6, 6-4, 7-5.