Mike Bryan/Bob Bryan will play their final Australian Open this fortnight in Melbourne.

This Grand Slam, their 85th together, will be different for Bob Bryan/Mike Bryan. The American twins have announced that 2020 will be their final season on the ATP Tour. After 22 years, the Bryans plan to retire after the 2020 US Open.

“This is our last time here. We're going to miss this place,” Mike Bryan said in Melbourne. “This has been our most successful Slam. So we're going to try to soak it in, no expectations.”

“We're all honoured to be at this tournament,” Bob Bryan said. “We're just going to give it one last run.”

You May Also Like: Bryan Brothers To Retire After 2020 Season

Unlike past years, though, when the Bryans have been so insularly focused on their practices, what they're eating and their results, they're taking a slightly different approach this fortnight.

The twins are lingering on site a little bit longer. They're gazing around the grounds more than once, attempting to absorb everything they'll miss about the tournament where they first became Grand Slam champions.

“This is a really special place for us. Really successful for us. I think we made nine out of 10 finals consecutively (2004-'13). We're stoked to be back here. We're going to obviously just try to soak it all in,” Mike Bryan said.

But of course, they'd prefer to play good tennis. The Bryans last played a match at the US Open, a third-round loss to compatriots Jack Sock/Jackson Withrow. They arrived in Melbourne a week and a half ago.

“We have a lot of days of practice, eight days so far... Trying to shake off the rust and put in a good performance. We're just hoping to thank a lot of people, walk around, give our gratitude for this wonderful tournament,” Mike Bryan said.

The Bryans last won a Grand Slam title at the 2014 US Open, and the 118-time tour-level doubles champions won their last title at any level nine months ago at the Miami Open presented by Itau.

They debated playing for longer, as other doubles players, including then-46-year-old Daniel Nestor, have done. But the 41-year-old Bryans are content with their decision.

“[Nestor] was pushing the bar way out there, which was scary. I would say 10, 15 years ago, 35 was ancient," Bob Bryan said. “With the training, everything, the ages are getting up there quick. We didn't want to play until we were irrelevant. I don't think Mike or I want to play on fumes, just to be out there. We still feel like we can contend for the big titles.

“It was a very tough decision. Tennis is our life. We both love travelling the world and doing this together. But we want to go out with a little kick, not be limping around.” 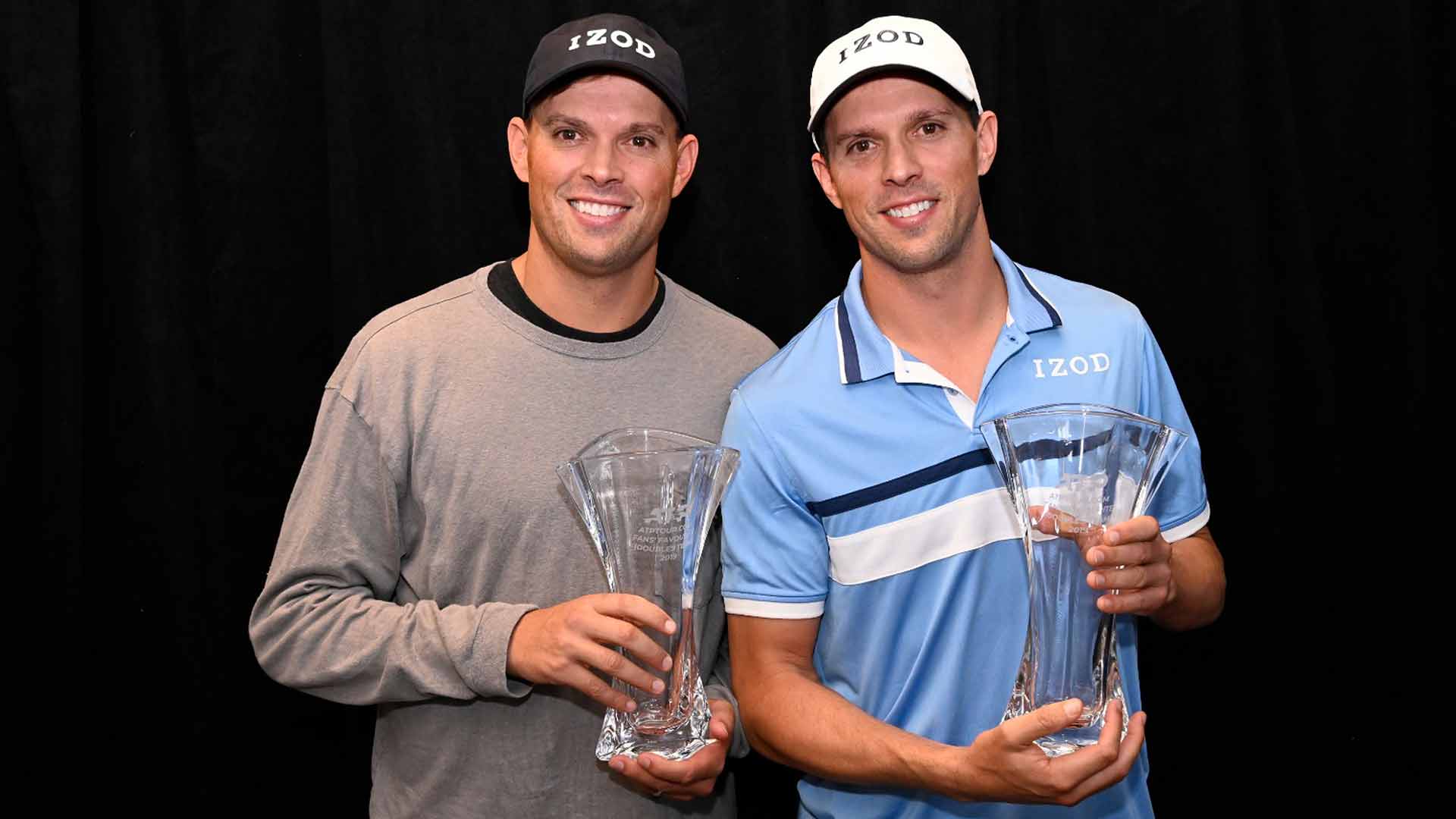 They'd love to win their seventh Australian Open title and make their 11th final here during their last stay in Melbourne. But at this tournament, for perhaps the first time in their careers, the results might not be the Bryans' first and only priority.

“We're always really focused, take practice seriously, all that. But walk out there with just different expectations. We're always so focused on winning. If we don't win, we're pissed,” Mike Bryan said.

“Now we're spending more time at the site, having more conversations, taking more time. It's not just practice and go back and lay in bed, feel good for the match. It's get out here and talk to all of you.

“It's basically looking around. It's getting out of your own head, being solely focused on the victories. Now we're coming in here and we don't know how we're going to do. We haven't looked at the draw yet. If we can win a match or two, we'll be stoked. A couple chest bumps, call it a day.”