Watch highlights as Team Bulgaria, Australia and Russia are among the countries to prevail on opening day of the ATP Cup in Brisbane, Perth and Sydney. Watch live tennis streams at http://www.tennistv.com. Photo Credit: Peter Staples/ATP Tour

Grigor Dimitrov took double-duty to a new level on Friday evening and Saturday morning at the inaugural ATP Cup. Not only did the captain come from a set down to win his singles match, but he led the world's No. 477 doubles player, Alexandar Lazarov, past established doubles stars Jamie Murray and Joe Salisbury 7-6(5), 6-7(2), 11-9. They saved two match points to clinch Team Bulgaria's 2-1 victory over Team Great Britain at 2:46am local time.

It's safe to say the Bulgarians won't forget their first ATP Cup tie.

"Zero chance. I was just telling them, 'Guys, this easily can be a historical moment for us. Just do it to remember.' I don't know if in the history, per se, but I think it means a lot for the whole team," Dimitrov said. "That's why we're here. That's why we play. I think this event has been a great start for us, great start of the year, great start of the event. But all I can say is I'm just really proud of the boys."

After Dimitrov's third victory in four ATP Head2Head matches against Daniel Evans, Team Bulgaria still had a tough hill to climb considering Lazarov had never won a doubles match at tour-level or on the ATP Challenger Tour.

But the ATP Cup gives the players a platform to perform, and that's exactly what the Bulgarians did. Despite trailing from early on in the Match Tie-break, they showed no fear when facing two match points at 7/9. Dimitrov reflexed an inside-out backhand return for a winner to save the first, and then Lazarov crushed an overhead to dismiss the British pair's second opportunity.

Lazarov never buckled despite this being on the biggest stage of his career. On his team's first match point, he hit an inside-in forehand that landed just inside the baseline, finishing off the upset after exactly two hours.

"We missed our flights. We couldn't get here in time. We practised like two or three times. So coming up to this match, I was extremely nervous and I didn't know what to expect," Lazarov said. "But the energy [Grigor] brings to the court is just unbelievable. Right away, right from the start, I felt calm. I felt confident playing alongside with him. And it finally paid off."

After Team Bulgaria stormed the court, Dimitrov and Lazarov stuck around to thank their fans, with the entire team getting emotional after an exhilarating win.

"It's just nice when things happen. I think clearly we also had a little bit of luck, [a] few points here and there, no doubt about it. But we worked for that luck. As I said leading up to that week, all the boys, they were practising really hard," Dimitrov said. "It's been a great atmosphere throughout every single day. That really adds up, and when you get the result, it's even better for me.

"But the best is when I looked at him clearly and all the boys in the team, and some of them were crying, actually. Those are the moments that I cherish, I remember. And also that's why we're here, to play for that, for those special moments, for our country."

Earlier on, Dimitrov beat Evans 2-6, 6-4, 6-1 in an entertaining all-court affair that ended at 12:10am local time in Sydney. In the early going, the former World No. 3 struggled to find a rhythm against the slicing and dicing off Evans' racquet.

However, Dimitrov never dipped his head in his first match of the season, blasting away on the backhand side, creating a highlight reel of one-handed lasers. And after two hours and 16 minutes, Dimitrov earned the victory when Evans mishit a volley. 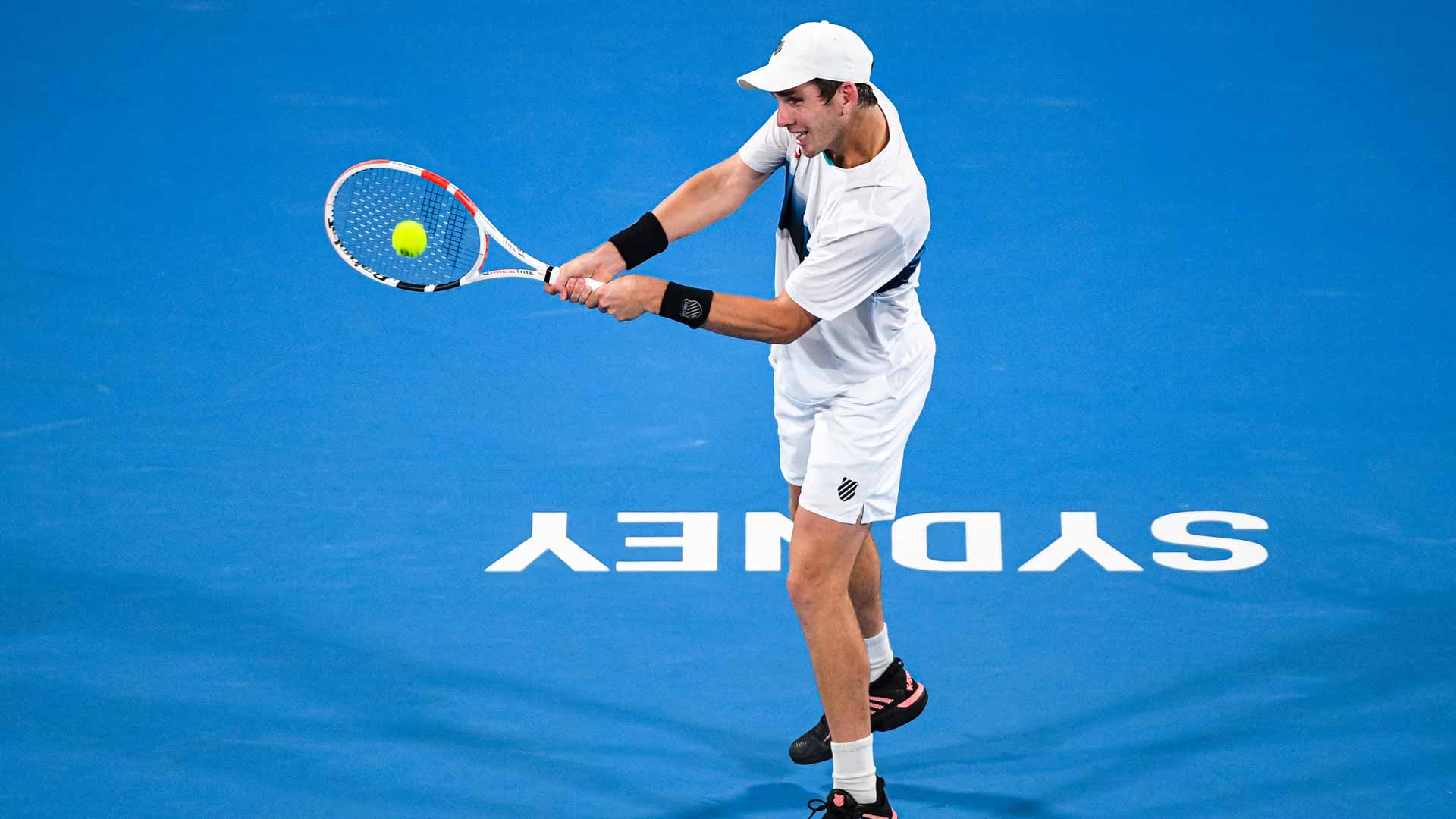 Norrie first played Kuzmanov at a Futures event in 2014, losing just two games. The lefty didn't have it anywhere near as easy Friday evening in Sydney, but he got the job done nonetheless.

"It was a tough match. It's the first match of the year. So, yeah, I came out playing great. It was a real physical first set, and then literally one little lapse in concentration, and then I was down a break and he actually played solid. I didn't really have any chances in the second," Norrie said. "Obviously there were a couple doubts in the second, but no, I was actually real happy with the way I competed and the way I carried myself."

The difference in the match was Norrie's success with his swinging lefty serve, helping him win 83 per cent of his first-serve points en route to a two-hour victory. He broke serve six times, including on four occasions in the third set.

The 24-year-old Norrie enjoyed the best season of his young career in 2019, breaking into the Top 50 of the FedEx ATP Rankings in March before reaching a career-high No. 41 in May. And with his triumph against Kuzmanov, the Brit appears poised for a fast start once again.