Juan Sebastian Cabal and Robert Farah beat Marcel Granollers and Horacio Zeballos at the US Open to lift their second Grand Slam title of the season.

After becoming the first players from their nation to lift a men’s doubles Grand Slam title at Wimbledon in July, the top seeds became the first South American pairing in the Open Era to win the US Open on Friday with a 6-4, 7-5 victory against Marcel Granollers and Horacio Zeballos.

”This whole Colombian tennis power thing started with a dream of one guy who owned this huge business called Colsanitas... One special guy who started it all was Roberto Cocheteux who passed away 17 or 18 days ago,” said Farah during the trophy ceremony. “We couldn't go to his burial because we had to stay here and it was very tough for us. We said we would dedicate this tournament to him and there is no better way to dedicate something than to win it.” 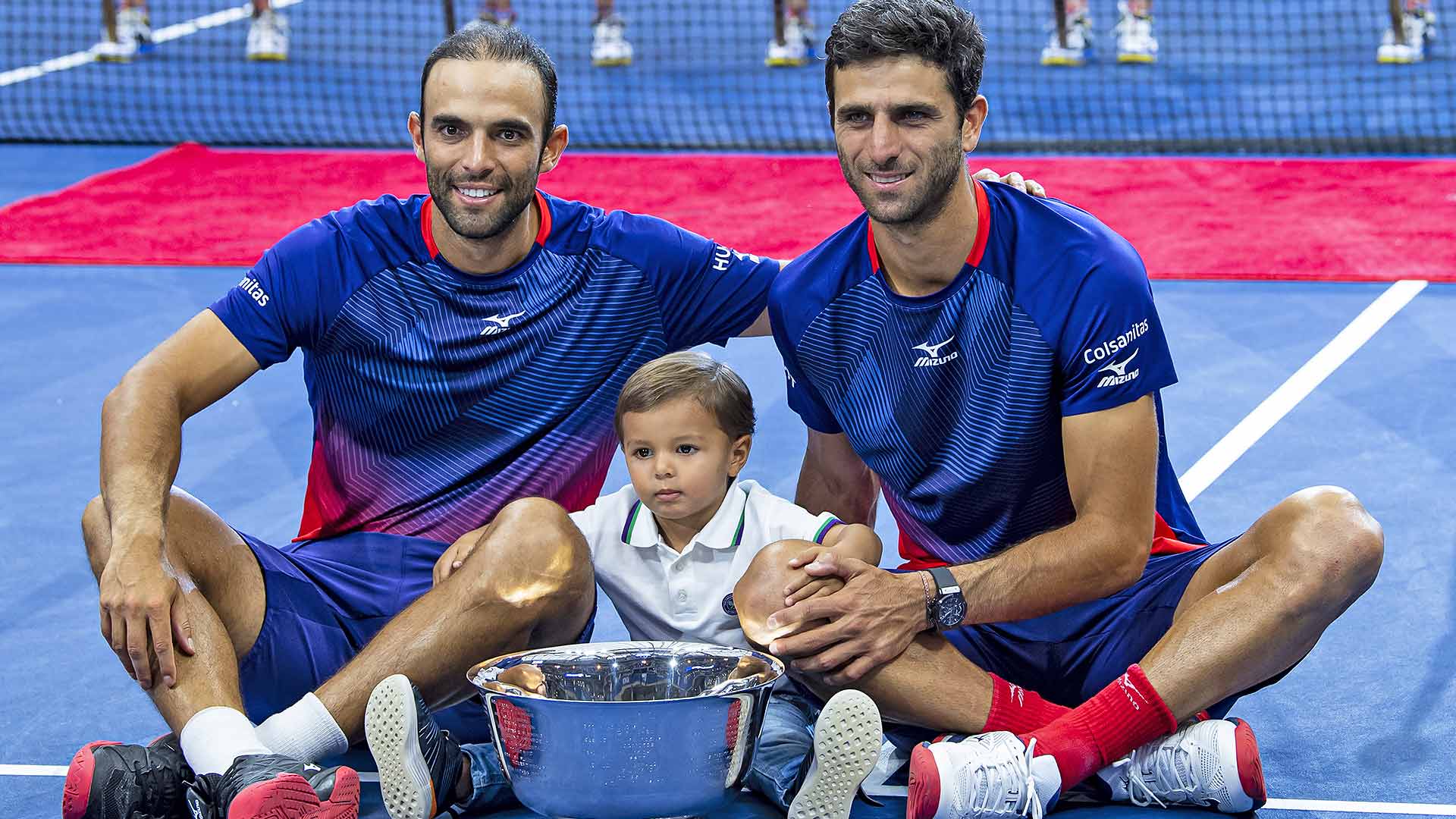 Cabal and Farah fired 32 winners in the one-hour, 31-minute encounter to capture their 16th tour-level team title and improve to 45-13 this year. After falling short of the trophy in their opening 30 Grand Slam appearances as a pairing, Cabal and Farah are now the second team in as many years to complete the Wimbledon-US Open double.

“It was a really difficult time two weeks ago. We made a decision, we fought for it and we played for him and here we honour him, for Colsanitas, for Colombia and for everybody,” said Cabal during the trophy ceremony. “We are happy we could do this for him and hopefully he is in the sky watching us and resting in peace.”

The Colombians follow in the footsteps of Mike Bryan and Jack Sock, who swept the last two major titles of the 2018 season. Prior to last year, the most recent team to win Wimbledon and US Open in the same year was Jonas Bjorkman and Todd Woodbridge in 2003.

Cabal and Farah’s title in New York solidifies their position as the top team in the ATP Doubles Race To London. The top seeds, who improve to 5-2 in tour-level championship matches this year, add 2,000 ATP Doubles Rankings points to their total (7,940) to take a 4,495-point lead over second-placed Lukasz Kubot and Marcelo Melo (3,445). Cabal and Farah will also split $740,000 for their run to the trophy.

The two-time Grand Slam champions dropped just one set en route to the title in New York, coming from a set down in the second round to defeat British duo Daniel Evans and Cameron Norrie. Cabal and Farah beat three seeded pairings during their fortnight at the USTA Billie Jean King National Tennis Center. Alongside Granollers and Zeballos, the Colombians also overcame 13th seeds Robin Haase and Wesley Koolhof in the third round and 15th seeds Jamie Murray and Neal Skupski in the semi-finals.

Under the roof on Arthur Ashe Stadium, both teams held their opening four service games with relative ease. But, from that point, Cabal and Farah made their move to take a one-set lead. The Colombians returned with aggression and moved up the court to take time away from their opponents and convert their third break point of the match. Serving for the set, Farah escaped from deuce with two unreturnable serves to delight the lively Colombian fans inside Arthur Ashe Stadium, wearing the colours of their national flag while cheering in support.

Cabal and Farah threatened to break early in the second set as Granollers and Zeballos closed the net, but despite firing numerous passing shot winners, the top seeds failed to convert any of their opening six break points. After Farah conceded his serve with multiple errors at 3-4, the Colombian pairing fought back to claim the title with four consecutive games.

The top seeds capitalised on a number of errors to immediately break serve in the following game and Farah earned a second break with rapid reactions at net to serve for the title. On championship point, Farah served out wide before Cabal fired an overhead winner to confirm victory. After the match, Cabal took his son from the stands to celebrate the win and eventually lift the trophy.

Granollers and Zeballos were bidding to extend their 10-0 unbeaten record as a team by lifting their maiden Grand Slam title together. In their only previous appearance as a team, the Spanish-Argentine tandem won the Coupe Rogers in Montreal.

“Horacio and Marcel are very good friends of ours,” said Farah. “To go and win Montreal and then come here and make the final shows that they are playing at a great level.”

Granollers and Zeballos rise to No. 10 in the ATP Doubles Race to London after adding 1,200 ATP Doubles Ranking points to their collection in New York. With 2,200 points, the US Open finalists are just 370 points behind Rajeev Ram and Joe Salisbury, who occupy the eighth and final Nitto ATP Finals qualification spot. Granollers and Zeballos also share $370,000 for reaching the championship match.

"We really enjoyed [this run]. We are playing really good and we had a really good two weeks here. It was amazing to spend all this time with Marcel,” said Zeballos.

Did You Know
This is the seventh consecutive Grand Slam event where the men’s doubles title has been won by a pair of players from the same nation.