ATP Staff
This article contains:
World No. 2 closes out tie against Shapovalov

Shapovalov broke Djokovic as he served for the match at 5-4 and erased a break point at 5-5. But in the tie-break, the 20-year-old couldn't hold back the World No. 2 any longer as Djokovic raised his game again at the inaugural tournament.

"It was an amazing match. One of the closest matches I've played against Denis. It was very even match. He played fantastic, very aggressive, served great. We fought both until the last shot," Djokovic said.

Djokovic, who improved to 4-0 in ATP Cup singles matches, will lead his country against Daniil Medvedev and Russia on Saturday for a place in the ATP Cup title match.

Russia's top two players, Medvedev and Karen Khachanov, have yet to lose a singles match at the ATP Cup, and Medvedev beat Djokovic two of the three times they played in 2019, including at the ATP Masters 1000 event in Cincinnati.

Shapovalov had been 0-4 against Djokovic and had taken only one set from the Serbian, at the 2019 Australian Open. But one year later, Shapovalov showed how much he's learned about Djokovic's game, pinning him behind the baseline with his forehand in the first set.

At 4-4 in the opener, Shapovalov broke on his third opportunity when, after pounding forehands and pushing Djokovic farther back, he calmly delivered a drop shot for the break.

Shapovalov had three more chances to go up a set and a break in the third game of the second set, but Djokovic erased them all and held when the Canadian sliced a backhand approach long. The partisan Serbian crowd, armed with a trumpet, flags and rested voices, roared as Djokovic lifted his arms to elicit their support. 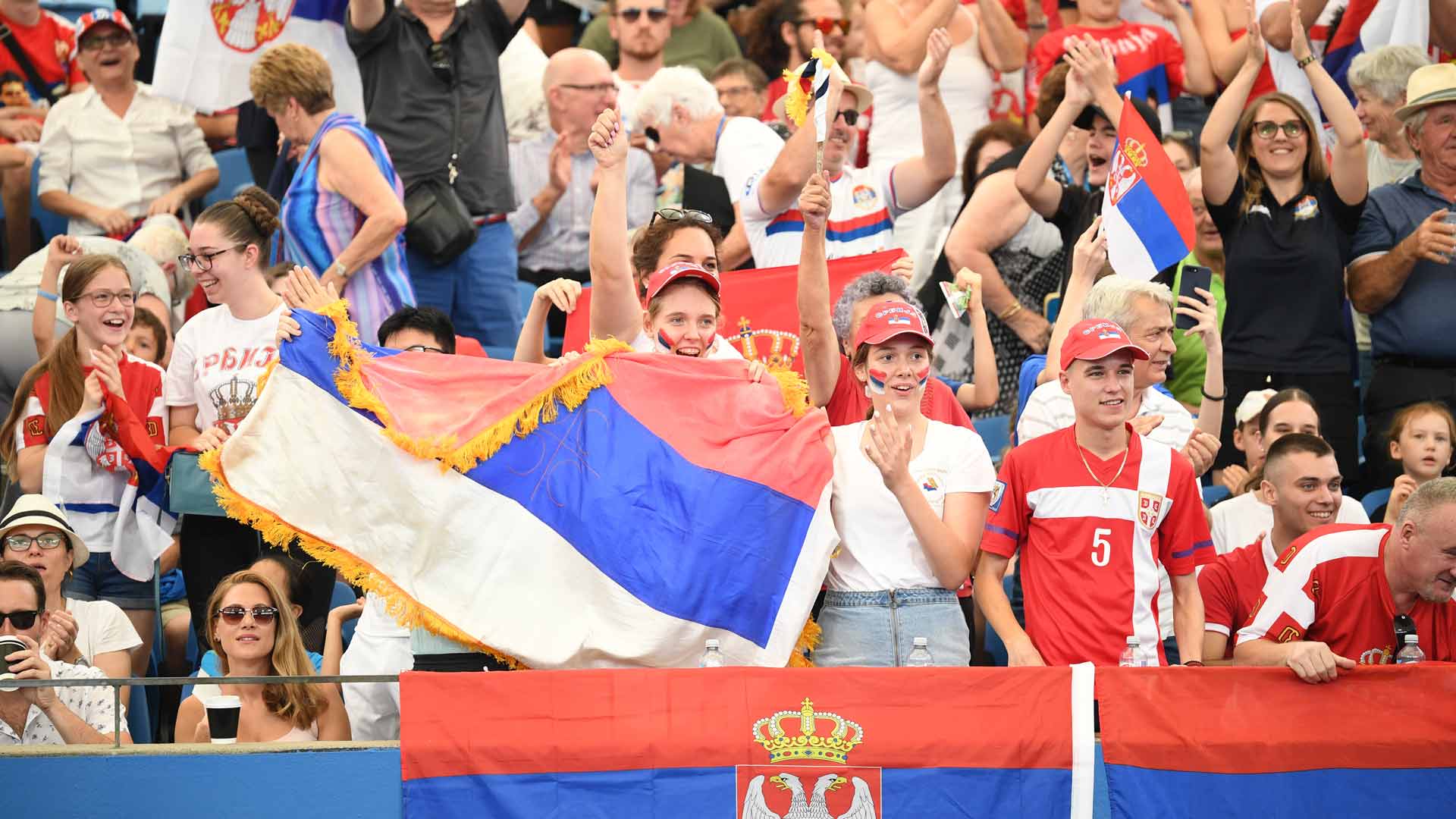 The Serbian faithful in Brisbane, which lifted Serbia to a 3-0 Group A record and Viktor Troicki described as “better than” a home crowd in Serbia, had received red, white and blue reinforcements in Sydney. Their thunderous applause amplified under the new roof on Ken Rosewall Arena, and Djokovic turned to them whenever he needed a lift in the muggy, hot conditions.

After the missed opportunities, Shapovalov wasn't the same the rest of the set. He double faulted to give Djokovic the break and a 3-1 lead, and later was warned for unsportsmanlike conduct after engaging with the crowd. Umpire Carlos Bernardes called out Canadian captain Adriano Fuorivia to discuss the situation, and Djokovic broke twice more to force a decider.

Shapovalov regrouped in the final set, but Djokovic clinched Serbia's semi-final on his fourth match point.

“It's another step for me, showing me that I'm right there with these guys. Honestly, I was a couple points away from taking the match,” Shapovalov said. “I think I'm at a really good position. Hopefully I don't stop here. Hopefully I can keep going.”

“I can tell that I was feeling much more comfortable today than the whole time in Brisbane. I felt pretty relaxed and positive on the court from the first point,” Lajovic said.

“We started off pretty well, really high intensity rhythm. I was feeling that it was not something that I'm uncomfortable with. Then I was just waiting to one of us to start to open up a little bit and push a little bit more, and I was able to do that first and crack him in the first set. And I think that was the key today, that the one who stayed longer on this high level was the one who could prevail in the end.”

In doubles, Nikola Cacic and Viktor Troicki completed the tie with a 6-3, 6-2 victory against Peter Polansky and Adil Shamasdin. Cacic and Troicki saved the only break point they faced throughout the 58-minute encounter.