After a deep run at Roland Garros, Pablo Carreno Busta looks primed to continue his climb up the Emirates ATP Rankings.

Calm And Steady Wins The Race

Craig O'Shannessy
This article contains:
Infosys ATP Beyond The Numbers shows how Carreno Busta has risen up the Emirates ATP Rankings during the past few seasons

You have got to win small to win big.

Pablo Carreno Busta is enjoying a breakout season, boasting a career-best Emirates ATP Ranking of No. 17 this week, following his strong run to the Roland Garros quarter-finals. For good measure, he is also ranked No. 18 in doubles, which is only one spot off his career best that he achieved in January after reaching the Australian Open doubles semi-finals.

His climb up the Emirates ATP Rankings very much mirrors his playing style – patient and steady. Carreno Busta has been ranked in the Top 100 in singles for 201 consecutive weeks since 5 August 2013. This is his sixth week in the coveted Top 20.

You May Also Like: Nadal Returns To Top 2 After Historic Triumph

But just how dominant has he been this season compared to the past couple? What are the metrics that have underpinned his rise?

An Infosys ATP Beyond The Numbers analysis of Carreno Busta’s 2015, 2016 and 2017 seasons identifies small gains over long periods of time.

In 2015, Carreno Busta actually lost more points than he won, finishing the season just outside the Top 50 at No. 67. This is actually typical for players in the 50-100 range. They look successful, but overall they experience a point deficit for the season.

Improvement this year has been powered by making a lot more first serves.

Carreno Busta is impressively ranked 11th in the ATP Stats Return LEADERBOARDS, powered by Infosys Nia Data, and 31st on the Serve Leaderboard. One area the Spaniard can improve on when serving is making more first serves on break points.

He is ranked fourth best in 2017 in first serves made at 68 per cent, which was the exact same number he put up at Roland Garros during his quarter-final run. But when facing break point this year, that 68 per cent average has dropped to just 62 per cent (155/252). 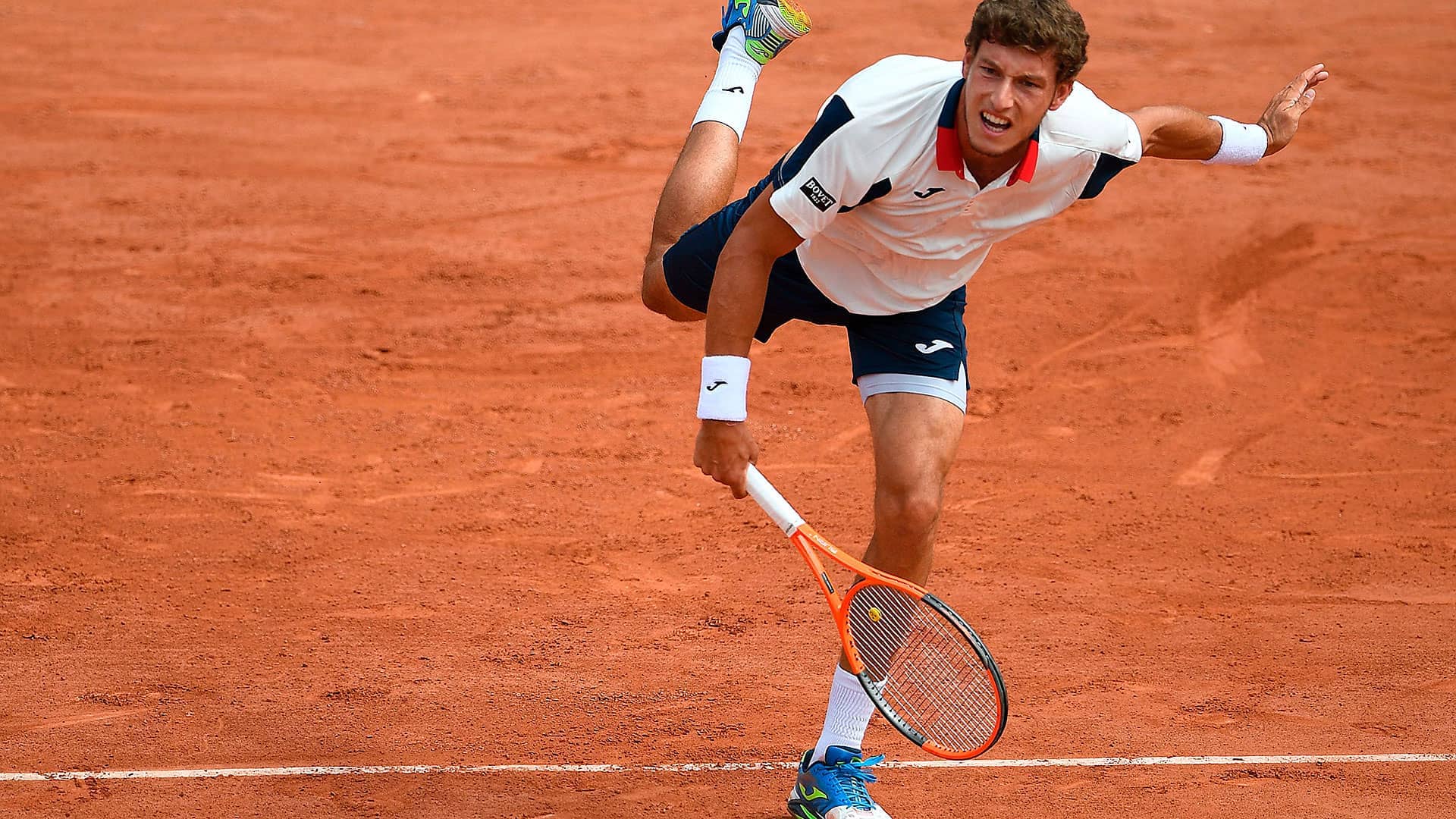 As wildly successful as Carreno Busta is, with a Top 20 ranking and more than four million dollars in career prize money, he has barely won more matches than he has lost (102-98), and he has won just 50 per cent of the total points in his career. His ranking speaks to dominance on tour, but the metrics suggest a far more level playing field.

Carreno Busta is definitely on a collision course with a Top 10 ranking. A point here and there will be all that it takes to achieve it. #NextGenATP German Alexander Zverev is currently No. 10, winning 52 per cent of his points in 2017 – the same as Carreno Busta.

The near future looks bright for the Spaniard as well. He has zero points to defend from last year's grass-court season, so he may get to single digits sooner rather than later.