James Duckworth is on the rise once again, in his comeback from a third foot surgery.

It has been a banner year for the Australian contingent on the ATP Challenger Tour. Never before has the proud tennis nation experienced such an impressive run of domination.

In 2016, five different Aussies lifted trophies. The same happened last year. But, thus far in 2018, they have made a strong statement with a total of 12 different players celebrating titles. From surging teen Alex de Minaur to 30-year-old veteran Matthew Ebden, a dozen players have put their stamp on the Challenger campaign. In fact, 10 of the 11 Aussies in the Top 200 of the ATP Rankings have reigned on the circuit this year.

Many comeback stories have captured imaginations and grabbed headlines, as a bevy of Aussies have returned to the winners' circle in their return from surgeries. The tales of John Millman, Jason Kubler and Thanasi Kokkinakis have been well-documented, but that of James Duckworth has flown under the radar.

Hard work both on and off the court has paid dividends for this comeback quartet and Duckworth is no exception. At the age of 26, the Sydney native knows this all too well.

Not one or two, but five surgeries later, Duckworth is not only on the mend, but thriving once again. A former Top 100 stalwart, he is coming off his first title in two years after prevailing at the Atlantic Tire Championships in Cary, North Carolina on Sunday. 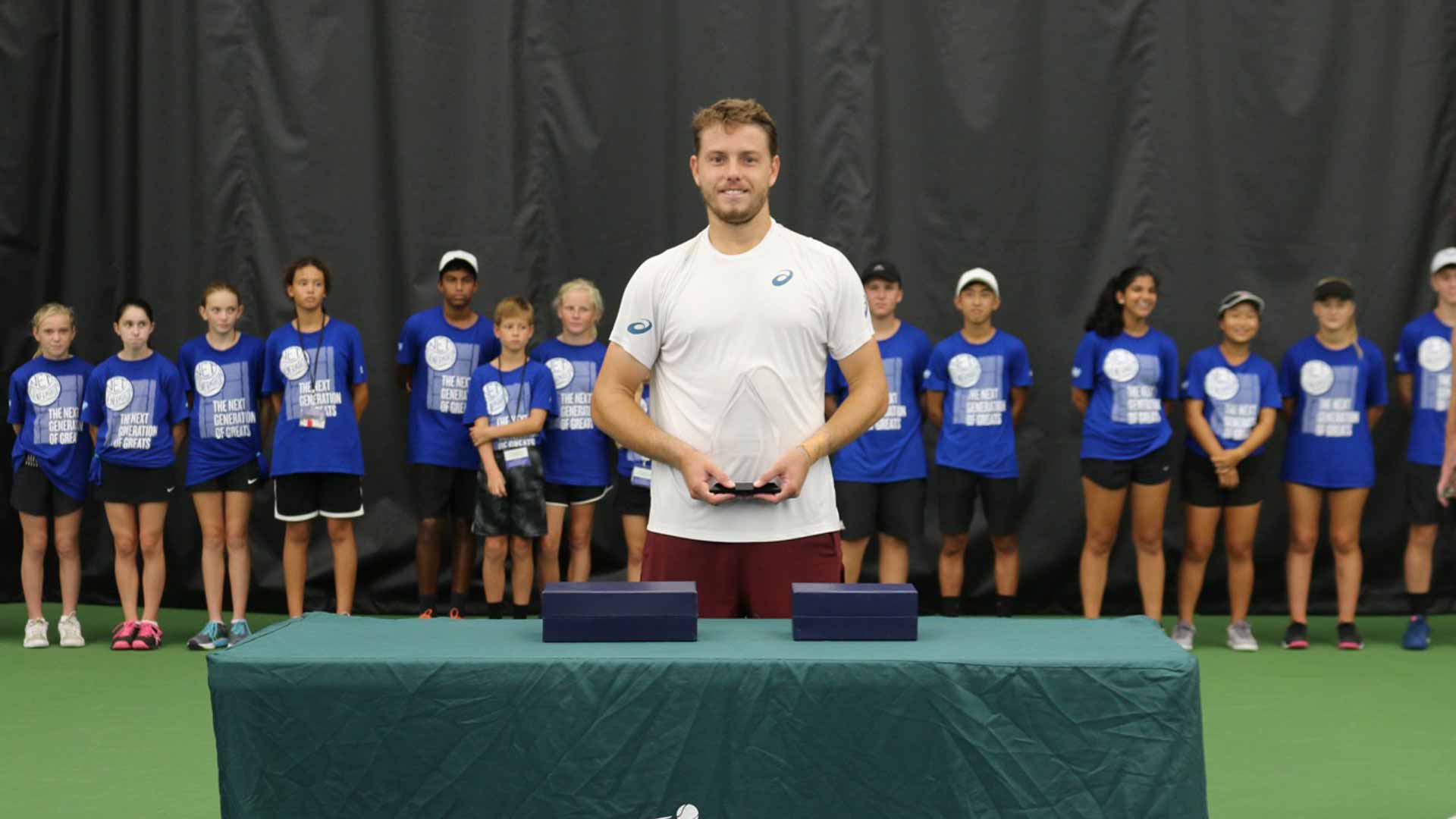 Duckworth's story is truly one of unyielding determination. Where many would acquiesce to defeat after undergoing three foot surgeries, as well as shoulder and elbow operations - all in the span of 13 months - the Aussie refused to stop believing that he could resurrect his career.

What began as a right foot stress fracture in early 2017, resulted in a significant operation to insert two pins in the bone. Duckworth would only play in one tournament that season, suffering a first-round defeat at the Australian Open.

"It took a long time to heal, since there is not a great blood supply to that part of the body," Duckworth told ATPWorldTour.com. "It was a really frustrating process."

As the 2018 season started, Duckworth was still experiencing pain and discomfort while competing in Brisbane and Melbourne. Weeks later, he would go under the knife twice more, to remove bone spurs in both his foot and right elbow.

"In January, my elbow started getting sore after the Aussie summer when I started to play again. I had a scan and they said I was developing some bone spurs, which needed to be taken out. They were impinging me whenever I would extend for a serve or slice backhand.

"And the foot still wasn't right when I played Brisbane and the Aussie Open. I knew it needed to be done after that. I didn't start feeling good physically until two months ago, with no injury worries. Fingers crossed I can maintain my health for an extended period of time." 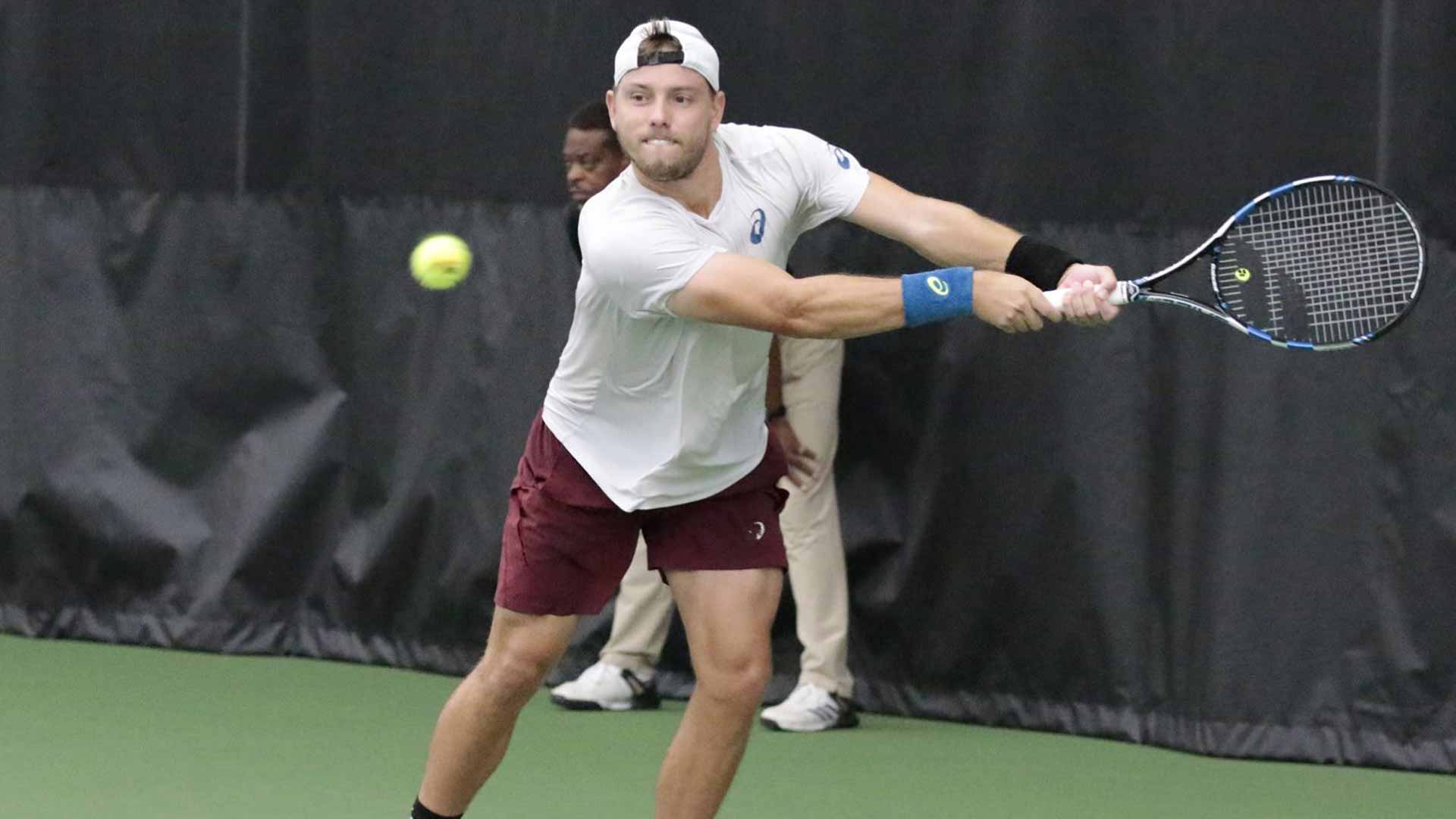 The long and arduous process, which included rigourous rehab, made the 26-year-old question whether he would ever return to the court and compete at his top level again.

"It was my third foot surgery. There were quite a few times that I thought I would never run and jump pain-free again. It's pretty rough to play tennis without doing those two things. There were big doubts, especially after this last one.

"I went through the progression with all my rehab and got through the strength and power, which gave me confidence. Now it's been pretty good. I started to feel pain free six to eight weeks after and I started to trust the movement more in practice, but it wasn't until I played quite a few matches that I wouldn't think about it on court.

"You see guys like Jason [Kubler] and John [Millman] doing well and it's inspiring. I actually speak to an AFL (Australian Football League) player, who plays for the Brisbane Lions. He had the same foot surgery as me. I had a few chats with him and he was really helpful with some ideas. Just setting little goals was important, to get you through it."

Pumped to have come away with a win at the end of a long week atlantictirechampionships. Thank you everyone for all the messages of support! @ Cary Tennis Park https://t.co/FVWcuQyBK4

Duckworth not only survived eight matches as a qualifier in Cary, but overcame torrential rain and rapidly changing conditions thanks to Hurricane Florence.

The devastating hurricane was responsible for widespread flooding, power outages and more than 40 deaths in the Carolinas. The threat of the storm was enough to force a rare mid-tournament schedule change at the Cary Tennis Park, which saw play cancelled on Friday and the quarter-finals played the day before. Play was then moved indoors for the weekend.

"The hurricane didn't really affect us," Duckworth added. "We were a few hours inland in Cary. It was raining constantly but that's about it. It was more on the coast where people were impacted. I started hearing about the hurricane on Monday, during my last round of qualies. I didn't really think about it too much, but then people started talking about it more. It ended up being six matches in a row before I had that day off. I was just playing decent tennis and was able to get through it in the end."

After entering the tournament with seven wins to his name this year, Duckworth more than doubled that in one week. He would rally from a set down in both the final round of qualifying and the first round of the main draw, before reeling off 10 sets in a row to lift the trophy. A convincing 7-6(4), 6-3 victory over big-serving #NextGenATP American Reilly Opelka secured the title.

"It was really nice. It was actually the first Challenger I played since November 2016. To come through qualies and win eight matches was pretty big for me. I don't think I've ever won eight matches in a week before. It was a really good feeling and I'm happy to have won. I got some important ATP Ranking points, so hopefully I don't have to play too many more Challenger qualies.

"I served really well. The conditions, both outdoors and indoors, were good serving conditions. I was able to hold serve pretty confidently. I think that was the key, especially in the final against Riley. If you get broken, the set is pretty much over against him."

Foot surgery can always be tricky to recover from, both physically and mentally. Tennis players rely on their footwork and movement as much as any athlete. But for Duckworth, it did not take long to find his agility. He says that everything came together during the U.S. hard-court summer, starting with a third-round appearance at the Citi Open and culminating with a gritty four-set defeat to Andy Murray at the US Open.

"I lost a close three-set match to Ryan Harrison in Atlanta and then I had the great result in Washington. I was even more comfortable at the US Open. I played a four-set match with Murray and it was nearly 4.5 hours. Against a quality player, that one gave me confidence. It was a pretty good match and I'm happy with how I went out there and competed. How I was able to last physically after such a long time away. And then of course winning quite a few matches last week in Cary was big. It all snowballed a bit and the combination of those things definitely helped."

Now, up to No. 289 in the ATP Rankings thanks to his sixth ATP Challenger Tour title, Duckworth is surging towards a Top 100 return. Having resided outside the Top 1000 just four months ago, every win is progress.

"I have no goals, other than to stay healthy. If that happens, I know the results will take care of itself. I know what I'm capable of."