Christian Ruud helped his son, Casper Ruud, crack the Top 100 of the ATP Rankings in 2019.

Jonathon Braden
This article contains:
#NextGenATP Norwegian looking to make his debut in Milan this November

Editor's Note: ATPTour.com is resurfacing features to bring fans closer to their favourite players during the current suspension in tournament play. This story was originally published on 14 May 2019.

Like father like son has become much more than an adage of late for Casper Ruud, Norway's Next Gen ATP Finals hopeful. It's become a way of playing on the ATP Tour.

The 20-year-old #NextGenATP player reached the Top 100 of the ATP Rankings in March, becoming the first Norwegian to do so since his father, Christian Ruud, in December 1994.

Casper, however, is showing signs that he might do more than just match his father's accomplishments. On Monday, the Norwegian qualifier beat Brit Daniel Evans at the Internazionali BNL d'Italia in Rome for his first ATP Masters 1000 win (1-3).

"This year is kind of the first year where I felt like I've been really steady throughout many tournaments and many weeks in a row," Casper told ATPTour.com. "I just won my first Masters 1000 match, so of course I'm really happy, but I'm also greedy and trying to go for more." 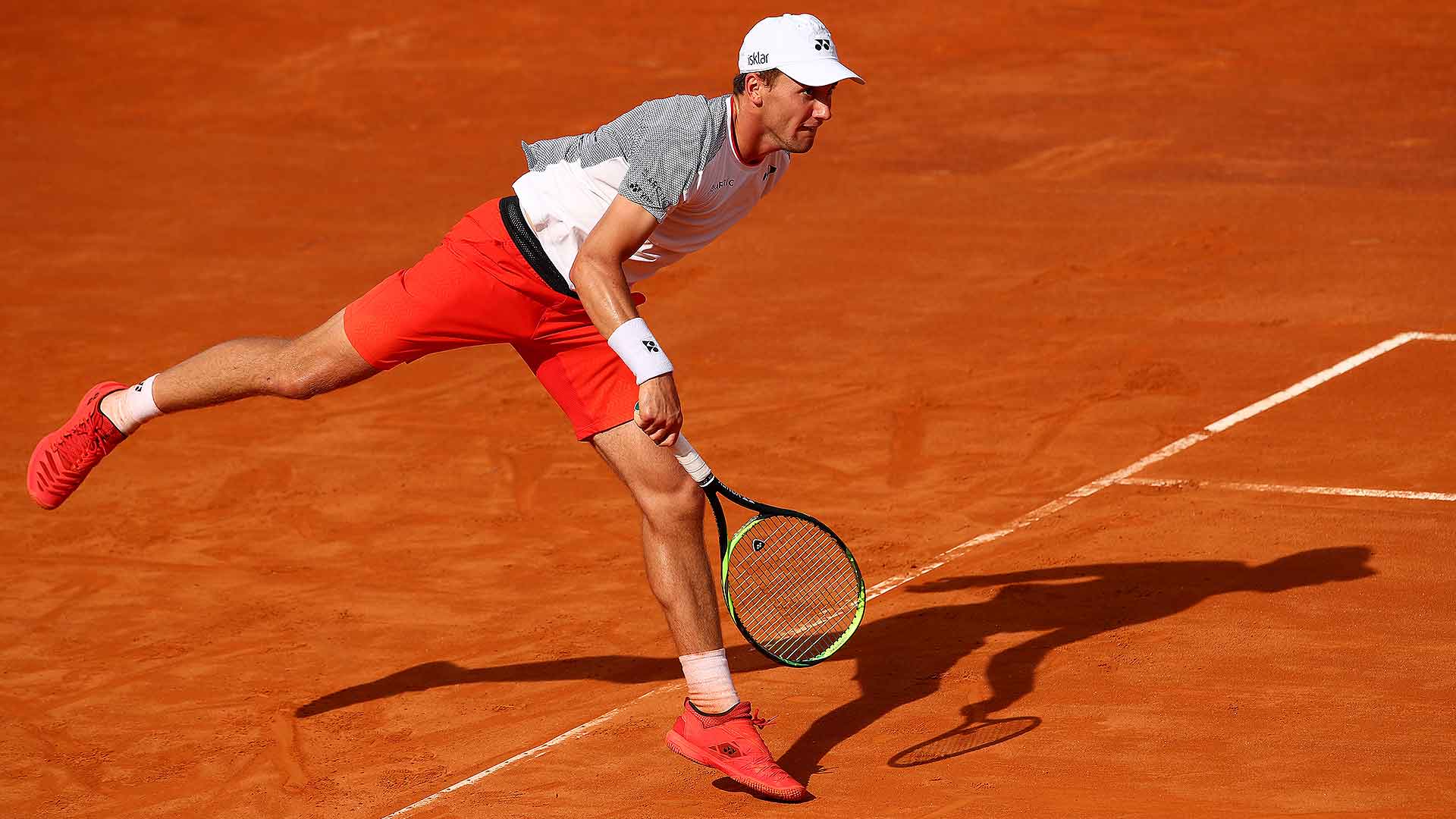 Greed on the court has served Casper well thus far, but the father-son rivalry has hardly been an intense competition. The two have accomplished the goals together, as Dad has coached Casper for most of his life.

“I know that he cares about me and he wants everything in the best way for me. So, of course, he's been a really big part of my success and my team, ever since I was little,” Casper said.

“I'm from a small tennis country, and I don't have too many people to look up to in my home country, except for him. He's the only one who knows how it's been and how the life on the Tour is. I think it's been a huge advantage, even though I'm from Norway, to have my father so close to me and helping me with my tennis.”

The two form a rare sight on the ATP Tour – a former ATP player working with his player relative on a regular basis. Family members have coached players: Uncle Toni Nadal served as his Rafael Nadal's main coach until 2018, and Tessa Shapovalova still coaches her son, #NextGenATP Canadian Denis Shapovalov.

But few former players coach their relatives on Tour for a number of reasons, including the fact that many children of pro tennis players go on to pursue other interests or sports.

Christian introduced Casper to football, hockey, golf and, of course, tennis. He placed a racquet in Casper's hands when he was only one year old and the bucket of balls was taller than him. The two would walk out to the family's court in their tennis garden, where Casper learned how to play. Eventually, though, Casper narrowed his sporting interests to only tennis.

“He was the one that decided at age 11, 'OK, this is what I want to do. I'm more into individual sports than team sports.' Since then it's just been about the tennis,” Christian said.

The family realised Casper might have a future in the sport and worked on a ever-evolving plan to take Casper to highest levels of the ATP Tour. He played Tennis Europe events, but also spent time at home, practising forehands and backhands and working on his fitness in Oslo.

His father, seeing how the game was changing from the '90s, when it favoured more all-around players, to the modern game, which favours players with weapons, especially worked on developing Casper's forehand.

By the time he was 17, Casper was the No. 1 junior in the world. The next year, Casper, 18, was into his first ATP Tour semi-final at the Rio Open presented by Claro, an ATP 500 event. He was just 33 spots from cracking the Top 100 of the ATP Rankings, a milestone achievement for every player.

More On Ruud
Read Flashback: Carreno Busta Rallies Past #NextGenATP Rudd In Rio
Why Greed Is Good For Ruud

But Casper got stuck. For two years, he bounced around Nos. 108 to 205, never breaking into the double digits.

“It's tough to stay focused and stay hungry every single week, especially in my case. I feel like I've been not stuck, but I've been ranked from 110 to 140 for about two years now. And you're just pushing, pushing, pushing to get to that Top 100,” Casper said.

The family made his home training base the Rafa Nadal Academy in Mallorca last August, and Casper, frustrated by not being able to break into the Top 100, confided in his Spanish colleagues – 22-year-old Jaume Munar, who reached the Next Gen ATP Finals semi-finals last year, and veterans Albert Ramos-Vinolas and Pablo Carreno Busta – about how they handled reaching the Top 100. Their advice: It's almost tougher to break into the Top 100 than to stay there, the milestone is that significant.

“You have to keep a high level throughout the year to stay in the Top 100, but the [ATP Challenger Tour] level has been really, really tough the last couple of years. You feel like you can win every week you play, but you also feel like you can lose second or third round or first round,” Casper said. “Everybody on the Challenger Tour wants to make it, and they're really, really hungry and fighting as crazy guys.”

In February, however, Casper made the quarter-finals in Rio and the semi-finals at the Brasil Open in Sao Paulo, and on Monday 4 March 2019, his ATP Ranking was No. 94. “It just feels really good to finally get there,” Casper said.

He is No. 76 this week, and he is projected to rise to at least No. 67, which would be a new career-high, by qualifying and making the second round in Rome. Casper should keep climbing as well as he has only 166 points to defend until October, and he'll spend the next month on clay, his favourite surface and where he's made his best runs.

“I think it just fits my game a bit better... I feel like I can do a lot with my forehand and play heavy spin forehands and this kind of stuff that is more effective on clay than on hard court,” Casper said.

The current #NextGenATP class, led by Greek Stefanos Tsitsipas, Denis Shapovalov of Canada and American Frances Tiafoe, features big hitters throughout the group. But Casper sees an opening for someone like him. “I think the NextGen group needs a bit of a clay-court player so maybe I can be that one,” he said.

He is currently in sixth place in the ATP Race To Milan, which will determine seven of the eight players who compete in Milan from 5-9 November, with the final spot reserved for a wild card.

“I think it's a fun concept and a great chance for new young players to show their level and compete against each other. I think we're all good friends among the NextGen players. Of course, we're competitors, but we're also getting along,” Casper said. “It's a great atmosphere... So I would really, really enjoy playing there.”

The 2019 Next Gen ATP Finals could be the next big achievement in Casper's constantly-evolving tennis journey.