Norway's Casper Ruud has learned plenty about life on the ATP World Tour since his breakout run last year at the Rio Open presented by Claro.

Why Greed Is Good For Casper Ruud

Jonathon Braden
This article contains:
#NextGenATP Norwegian is in 10th place in the ATP Race To Milan

Norway's Casper Ruud, who beat Spanish legend David Ferrer on Thursday to reach the SkiStar Swedish Open quarter-finals, has learned a lot in the past 17 months, since he made his first ATP World Tour semi-final at the Rio Open presented by Claro in February 2017.

He's learned how to train like Rafael Nadal, how to better take care of his body and how to push himself every week. But more than anything, Ruud has learned that he needs to bring a different mindset to his tennis. He needs to be more greedy.

Last year, Ruud, in just his third tour-level event, sprinted to the Rio semi-finals, winning his first three ATP World Tour matches at the 500-level event. He became the youngest semi-finalist on the ATP World Tour since Borna Coric in Basel 2014 and the lowest-ranked player to make a 500-level semi-final since Alexander Zverev (No. 285) in Hamburg in 2014.

But then Ruud relaxed. Instead of building on the best week of his young career, for the rest of 2017, he won only four more tour-level matches.

You May Also Like: Ruud Tops Ferrer In Båstad; Fognini Denies Ymer

“I was really proud of myself, which you should be, but I was maybe a bit too happy with playing good that week... I wasn't maybe greedy enough to go for many good weeks in a row,” Ruud told ATPWorldTour.com.

“Of course you can be happy and proud over some good wins, but there's always another match, and usually the day after, if you win. You always have to be ready and greedy to get that win.”

Ruud will try to practise that approach on Friday when he looks to return to an ATP World Tour semi-final for the first time since his deep run in Brazil. The 19-year-old Ruud will face fourth seed Richard Gasquet, who beat Austrian Gerald Melzer 1-6, 6-3, 6-1.

Ruud's win on Thursday, besides placing him into his second ATP World Tour quarter-final, was also extra special because of who it came against. Ferrer, a three-time Bastad champion (2007, 2012, 2017), is one of a handful of players Ruud tries to emulate on court. Ruud's former coach Pedro Rico suggested that Ruud try to model Ferrer and Rafael Nadal's effort. 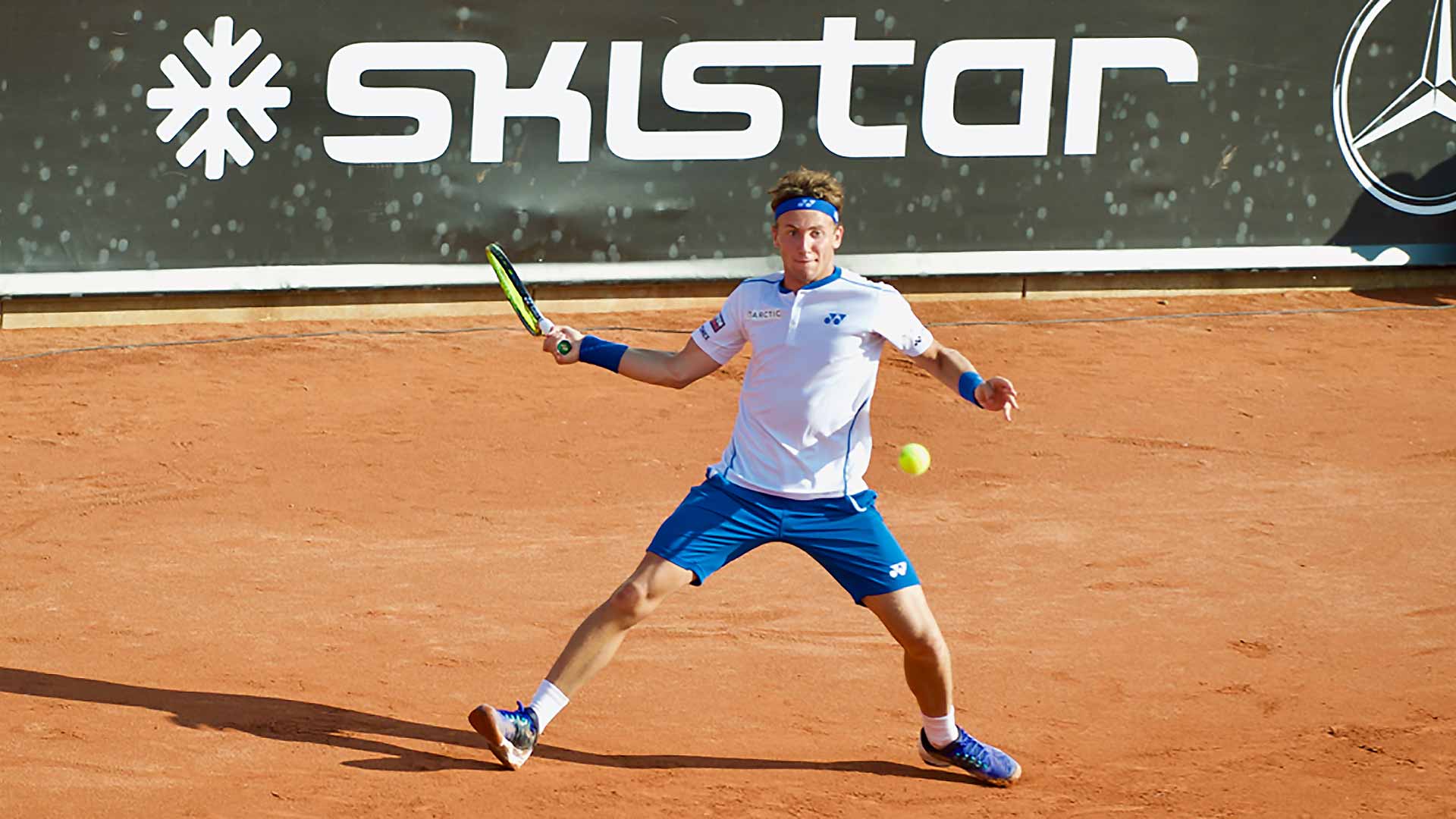 “I really look up to his attitude and enjoy watching him play,” Ruud said of Ferrer. “He's always serious... He's one of the greatest fighters who's ever played.”

Ruud hasn't faced Nadal yet, but he's trained with the No. 1 player in the ATP Rankings. In April 2017, Ruud worked with Rafa in Mallorca for a week.

“The first two days were really tough, I was really tired,” Ruud admitted.

He also realised what the rest of the ATP World Tour has known for the past 15 years. “It was not easy to keep up with Rafa on clay and not get so tired,” he said.

Ruud and his former coach Rico have stopped working together, and Ruud now works with and travels with his father, Christian Ruud, a former Top 40 player in the ATP Rankings who retired in 2001.

Read More: First of Many? #NextGenATP Rublev Battles Past Felix In Umag

In Bastad, Casper Ruud will try to emulate Ferrer and his father. Dad reached the 1995 Bastad final, and if Casper Ruud can win two more matches and match Dad's achievement, he'll play for his first ATP World Tour title and climb further up the ATP Race To Milan.

The top seven players in the Race will qualify automatically for the Next Gen ATP Finals, to be held 6-10 November in Milan, while the eighth spot will be reserved for the winner of an all-Italian qualifier tournament to be held just prior to the prestigious 21-and-under event.

Ruud had to watch the inaugural Next Gen ATP Finals on TV last year. He's currently in 10th place in the Race, three spots away from making his debut at the Fiera Milano.

“[The Race] is something that I think all the under-21 guys are following,” Ruud said. “It would be a huge thing and a huge achievement to get there this year because there are so many good players under 21 these days.”