Italian Marco Cecchinato lost in the final round of qualifying in straight sets at the Gazprom Hungarian Open. Yet seven days later, the World No. 92 will leave Hungary as a first-time ATP World Tour champion.

After gaining entry to the main draw in Budapest as a lucky loser, Cecchinato never looked back. And even though he had never reached a tour-level semi-final prior to this week, the Italian defeated Aussie John Millman, another first-time finalist, 7-5, 6-4 on Sunday to claim his maiden trophy.

"I lost Sunday and now I won the tournament. It's amazing for me," Cecchinato said. "Maybe it's a dream, I don't know." 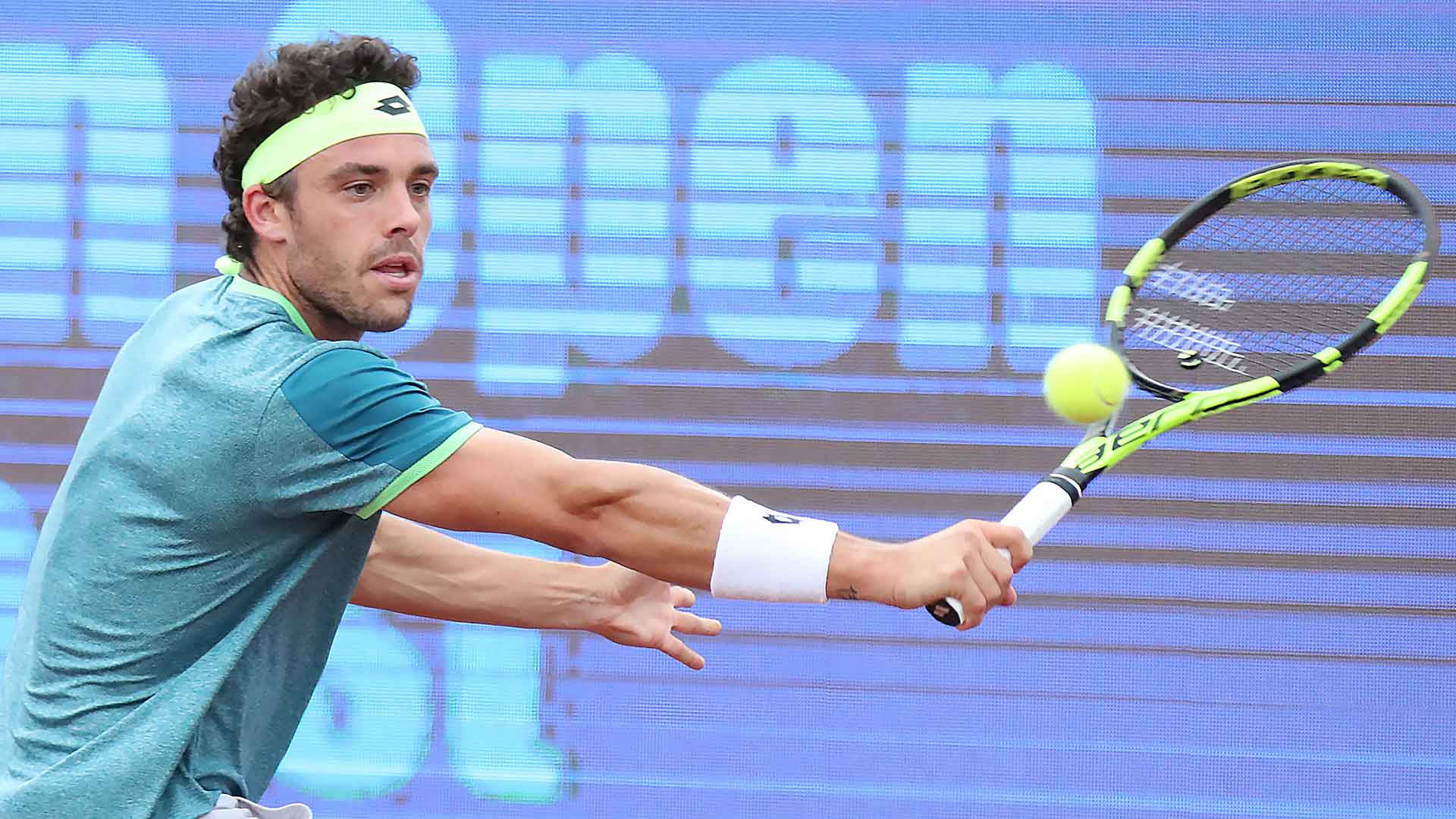 Cecchinato is the first lucky loser to triumph since Leonardo Mayer won in Hamburg last July. The 25-year-old previously owned just five tour-level wins in his career, but he has doubled that count in Hungary. Cecchinato defeated three of the tournament's eight seeds, including his second victory in as many weeks against World No. 31 Damir Dzumhur.

Having also lifted his fifth ATP Challenger Tour trophy in Santiago, Chile, in March, Cecchinato is the second to prevail on both circuits this year. He joins recent Marrakech champion Pablo Andujar as players to achieve the feat.

The 250 ATP Rankings points that Cecchinato adds to his total will help him to a projected career-best inside the Top 60 on Monday. The Italian, who also earns €89,345, had previously climbed as high as World No. 82.

"Today is a special day because I won the first title of my career," Cecchinato said. "I'm very happy."

And while the result was a straight-sets victory, the match could have gone either way. The Italian, who had led 4-2 after breaking Millman in his second service game, saved a set point on his serve while trailing 5-4, hitting a gutsy curling overhead smash from behind the baseline that the Aussie was barely able to get his racquet on. Then, with the momentum back in his corner, Cecchinato closed out the set by rocketing a forehand down the line from well off the court.

In the second set, Millman dug in and was able to gain a 4-1 lead. Despite doing a large majority of the defending in the match, the 28-year-old's efforts began to show cracks in the Italian's aggression. But the attacking Cecchinato found his range, winning the final five games of the match and falling to the court on his back in celebration after his final forehand dribbled over the net cord.

Despite the loss, it was a strong week for Millman, who advanced to the final earlier Sunday by winning the final set of a 2-6, 7-6(3), 7-6(5) triumph against 2017 runner-up Aljaz Bedene, after the match was suspended due to darkness Saturday evening. For his first tour-level final, the Aussie captures 150 ATP Rankings points and €47,105.

You May Also Like: Time In The Gym Proving Critical For Millman In Comeback

Millman, projected to climb from World No. 94 inside the Top 70, has shown good form in recent months after dealing with injury at the beginning of 2017. He won an ATP Challenger Tour title in Hua Hin, Thailand, last November and another in Kyoto, Japan earlier this year.

Did You Know?
Marco Cecchinato arrived in Budapest with one tour-level victory, which came at last week's Rolex Monte-Carlo Masters against Damir Dzumhur. He then defeated the second-seeded Dzumhur again in the first round in Budapest, and then went on to win four more matches to claim the title. He is now 6-6 at tour-level this season.