Daniil Medvedev, No. 1 In The ATP Rankings

Dare To Dream: Daniil’s No. 1 Destiny Now A Reality

Daniil Medvedev always had big dreams for his tennis career, starting when he first picked up a racquet at the age of six. As he rose through the juniors to become one of the giants of the ATP Tour, his grand visions gradually became achievable ambitions.

Already a US Open champion, a Nitto ATP Finals champ and a four-time ATP Masters 1000 winner, the 26-year-old Russian can now add World No. 1 to the list of childhood fantasies turned reality.

“When you are young, you think that it’s impossible, so that’s why you dream about it,” Medvedev said following his first-round win in Acapulco, where his semi-final run saw him overtake Novak Djokovic atop the ATP Rankings.

“When it becomes closer to you, you dream less about it and do more to achieve it… It’s not even a dream anymore, it’s a goal.”

Medvedev is the first player outside the ‘Big Four’ of Djokovic, Roger Federer, Rafael Nadal and Andy Murray to hold the top spot in 18 years, three weeks and six days, since Andy Roddick on 1 February 2004.

It was in that summer of 2019 when he truly seized his place among the game’s elite. As the ATP Tour entered the hard-court season, Medvedev reached an untouchable level over the course of 10 weeks, winning three titles and amassing a 29-3 record as he reached a new career-high of World No. 4.

Even in the midst of that run, Medvedev’s rapid improvement continued. One week after losing a one-sided final to Nadal at the National Bank Open in Montreal, he defeated Djokovic on the way to his first Masters 1000 title in Cincinnati.

"When it becomes closer to you, you dream less about it and do more to achieve it."

His coming-out party continued at the US Open, where both his game and his personality shone. After getting himself in hot water with the New York crowd, Medvedev slowly won them over and nearly capped his journey from villain to hero with the title.

While he could not complete a five-set comeback attempt against Nadal, he further endeared himself during the trophy ceremony.

Videographers are spoiled for their choice of Medvedev moments now.

Medvedev had been ensconced at the No. 2 spot in the ATP Rankings uninterrupted since May of 2021. Now, 11 months after first reaching the second position, Medvedev has broken through to the pinnacle of the men’s game.

It’s a historic achievement not just for Medvedev personally, but in the larger scope of the ATP Tour as he ends the reign of the 'Big Four.' Of those four legends, Federer is the only one against whom Medvedev has not recorded a win, though their most recent meeting came in early 2019.

“Everyone’s been sort of waiting for the younger generation to start winning more of the major events and occupy the top spots in the rankings,” Murray recently told ATP Media. “Daniil definitely deserves it.” 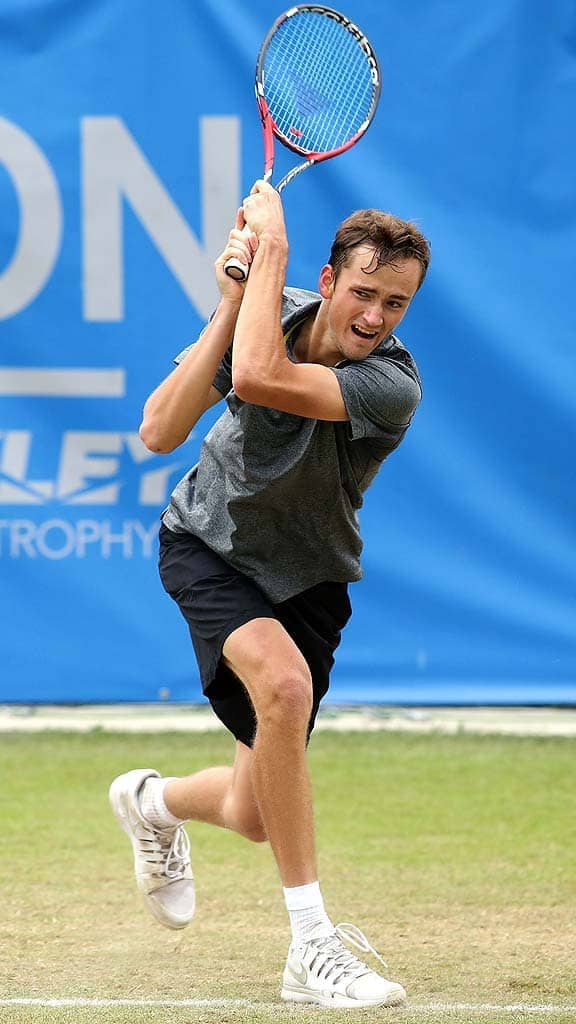 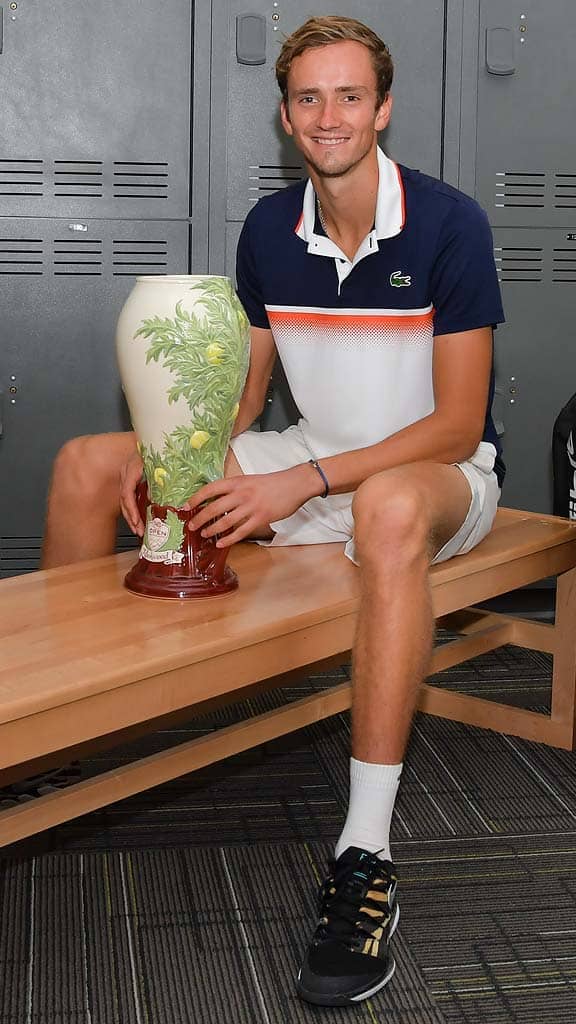 "Everyone’s been sort of waiting for the younger generation to start winning more of the major events and occupy the top spots... Daniil definitely deserves it.” - Andy Murray

A student of the game who makes a habit of keeping up with the tennis’ latest press, Medvedev is well-aware of the significance of his achievement in the broader context.

It’s fitting that Djokovic is the man who Medvedev replaces at the top. He revealed the depth of his respect for the Serb in a pair of on-court comments at the US Open and Australian Open.

After he notched a straight-sets victory to deny Djokovic a calendar-year Grand Slam in New York, Medvedev gave his opinion on the GOAT debate: “I’ve never said this to anybody, but I’ll say it now,” he told his opponent. “For me, you’re the greatest tennis player in history.”

In January, Medvedev gave an insightful answer when asked how he turned around his Aussie Open quarter-final against Felix Auger-Aliassime after falling behind two sets to love:

“I told myself, ‘What would Novak do?’ He’s one of the greatest champions, like Roger and Rafa, because they won so many matches like this.”

More recently, Djokovic volleyed back that admiration as Medvedev closed in on the No. 1 spot he owned for 79 weeks straight, and 361 weeks total throughout his career.

"He deserves it more than anybody else."

“It’s just a matter of time when he grabs the top position,” the Serb told ATP Media prior to last week’s events, with Medvedev holding his rankings fate in his own hands. “He deserves it more than anybody else, really… I’ll be the first one to congratulate him.”

Added Nadal: “Daniil is a very solid player, he’s having an amazing career. He deserves to be fighting for No. 1 without a doubt. I wish him all the best.”

While Medvedev has been the heir apparent to the top spot for some time, he has avoided getting caught up in the hype — though he welcomes the conversation.

“Even if there are these talks [of being No. 1], it’s only positive. It means that I was doing a great job for the last 365 days,” he explained in his typical matter-of-fact delivery.

Medvedev does not mince words when it comes to his standing in the game, further evidenced by his self-assessment ahead of his 2021 US Open title run.

“Definitely a lot more expectations than before… Now I have two [major] finals. I need to win to make a better result at a Slam,” he said bluntly.

Not only did Medvedev win in the face of those expectations, he produced one of the dominant Grand Slam fortnights in recent history, dropping just one set and an average of fewer than three games per set on the way to his maiden major crown.

On his run to No. 1, Medvedev has bewildered opponents with a unique playing style that combines immense firepower with equally elite skill as a retriever. He gracefully moves his 6-foot-6 frame from sideline to sideline with an elegance rarely seen from men of that stature, and is just as content being the proverbial wall as he is blasting through it.

Medvedev’s blink-and-you-missed it service holds are reminiscent of a prime Federer, while his back-to-the-wall return tactic brings thoughts of Nadal. It’s not hard to find traces of Djokovic or Murray in his agility and his variety from all over the court.

The 'Big Four' will be a tough act to follow as Medvedev begins his reign as World No. 1. But Medvedev is just the man to put his own unique stamp on the most coveted role in men’s tennis. 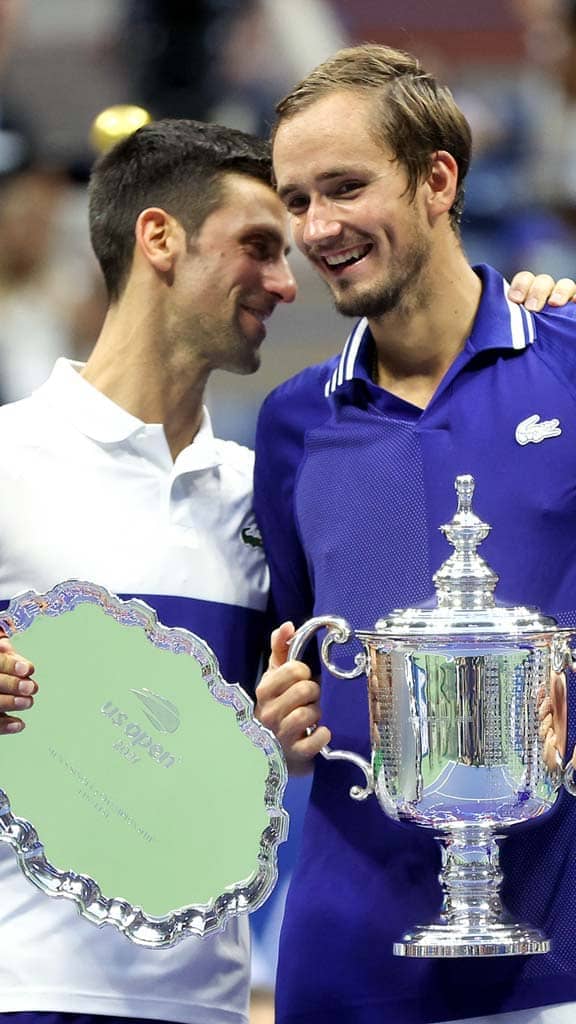 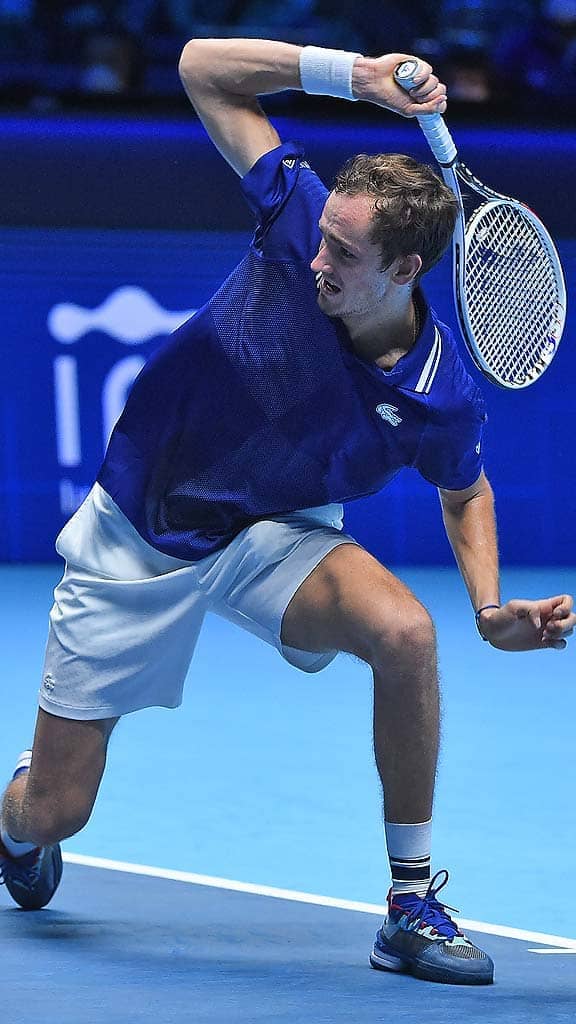 A pair of ATP 250 titles in the first half of 2021 got Medvedev’s charge towards No. 1 rolling. The Russian upset Frenchman Pierre-Hugues Herbert 6-4, 6-7(4), 6-4 to win the Open 13 Provence in Marseille in March, which was made even sweeter the following day when he moved up to No. 2 in the ATP Rankings for the first time. Perhaps an even more significant breakthrough came in June at the Mallorca Championships, Medvedev sending out a signal that he was now a threat on all surfaces as he beat former Wimbledon semi-finalist Sam Querrey to seal his first grass-court title under the Balearic sun.

On Top In Toronto

Medvedev’s bid for top spot continued to build significant momentum in 2021 during an amazing mid-year hard-court run. His world-class returning passed the ultimate test in Toronto as he nullified the giant serving of Hubert Hurkacz, John Isner, and then Reilly Opelka in the final to capture his fourth ATP Masters 1000 crown at the National Bank Open presented by Rogers. The Russian looked to be well on the way to a dream American summer as he also cruised into the semi-finals of the Western & Southern Open in Cincinnati for the loss of just 12 games, before his momentum was halted by a semi-final defeat to compatriot Andrey Rublev.

A milestone moment on Medvedev’s journey to No. 1, his maiden Grand Slam crown was sealed at the US Open after a clinical two weeks in New York in September. The Russian dropped just one set on his way to the title in Flushing Meadows, capping his fortnight with a stunning 6-4, 6-4, 6-4 win over World No. 1 Novak Djokovic that denied the Serb a historic Grand Slam of all four major titles in a calendar year.

An opportunity for Medvedev to make a further dent in Djokovic’s ranking points lead was narrowly missed at the Rolex Paris Masters in November, the Serb coming through a 4-6, 6-3, 6-3 winner in a tense final in front of a raucous crowd. Despite the defeat, the run in Paris represented another strong week from the Russian, the highlight a dominant 6-2, 6-2 victory over World No. 4 Alexander Zverev in the semi-finals.

Medvedev battled hard to claim another 1000 ATP Ranking points at the Nitto ATP Finals in Turin in November. The Russian needed deciding sets to win round-robin matches against Hubert Hurkacz, Alexander Zverev and Jannik Sinner before a more comfortable semi-final as he brushed aside World No. 8 Casper Ruud. Year-end World No. 2 Medvedev couldn’t quite put the cherry on top of a fantastic 2021 season in a rematch against Zverev in the championship match, the German running out a 6-4, 6-4 winner to deny Medvedev a second season-ending finals crown.

So Close, So Far In Melbourne

Medvedev looked to become the first man in the Open Era to earn his second major crown at the Slam following his first at the Australian Open in Melbourne in January. He was on track to complete the feat after taking the first two sets of the final against Rafael Nadal, before the legendary Spaniard rallied to make history of his own, completing a five-set victory to secure a historic 21st Grand Slam and slow the Russian’s charge towards World No. 1.

The Russian arrived in Acapulco with control of the battle for World No. 1 in his hands. If Medvedev won the Abierto Mexicano Telcel presentado por HSBC title, he would become the first new World No. 1 since Andy Murray in 2016. The 26-year-old ultimately did not have to get that far to achieve the feat. When Jiri Vesely stunned Djokovic in the Dubai quarter-finals, Medvedev's place in history was sealed. The Russian lost in the Acapulco semi-finals against Nadal, but on Monday he earned the ultimate prize: World No. 1.