It has been an Argentine assault on the ATP Challenger Tour in 2021. The South American nation celebrated its 10th title on the circuit this year, as Francisco Cerundolo lifted the trophy on the clay of Cordenons, Italy.

Cerundolo dominated the final on Sunday, routing in-form countryman Tomas Martin Etcheverry 6-1, 6-2 in one hour and 33 minutes. The 22-year-old, who was coming off his Olympic debut in Tokyo, played inspired tennis in his return to the ATP Challenger Tour. It was the Argentine's fourth Challenger crown in total and first of the year.

Cerundolo's convincing victory was even more impressive considering Etcheverry's stunning run of form in recent weeks, having claimed a pair of titles on Italian soil while amassing a 17-2 record. Cerundolo saved all six break points faced to oust his close friend and longtime rival, edging ahead 3-2 in their head-to-head series.

"It was a special match," said Cerundolo. "Playing against a friend and winning always gives me great emotions. Etcheverry just won the title in Trieste and is having an incredible run in the Italian Challengers, so it was never going to be easy. We are very good friends for many years. It's special to play a final against each other and hopefully we can have more matches like these in the future."

With the victory, the Buenos Aires native and his brother Juan Manuel Cerundolo joined an exclusive list of siblings to triumph on the ATP Challenger Tour in the same season. One of the breakthrough #NextGenATP stars of 2021, Juan Manuel had captured his maiden title earlier in the year in Rome.

The Cerundolos are the sixth set of brothers to lift Challenger trophies in the same season, joining the Griekspoors, Melzers, Rochuses, Lapenttis and Simpsons in achieving the special feat. In fact, it has happened three times in the last five years, with Tallon Griekspoor and Scott Griekspoor both capturing crowns in 2018, just one year after Jurgen Melzer and Gerald Melzer celebrated titles.

Francisco is now on the brink of cracking the Top 100 in the FedEx ATP Rankings, rising to a career-high No. 111 on Monday. He will be one of the more feared competitors in New York, when US Open qualifying gets underway in two weeks.

In other action... Alex Molcan was a ruthless force in claiming his maiden ATP Challenger Tour on Sunday in Liberec, Czech Republic. The Slovak dropped a combined 17 games throughout the week at the Svijany Open, culminating in a 6-1, 6-0 semi-final win over Malek Jaziri and a 6-0, 6-1 domination of Tomas Machac for the championship. 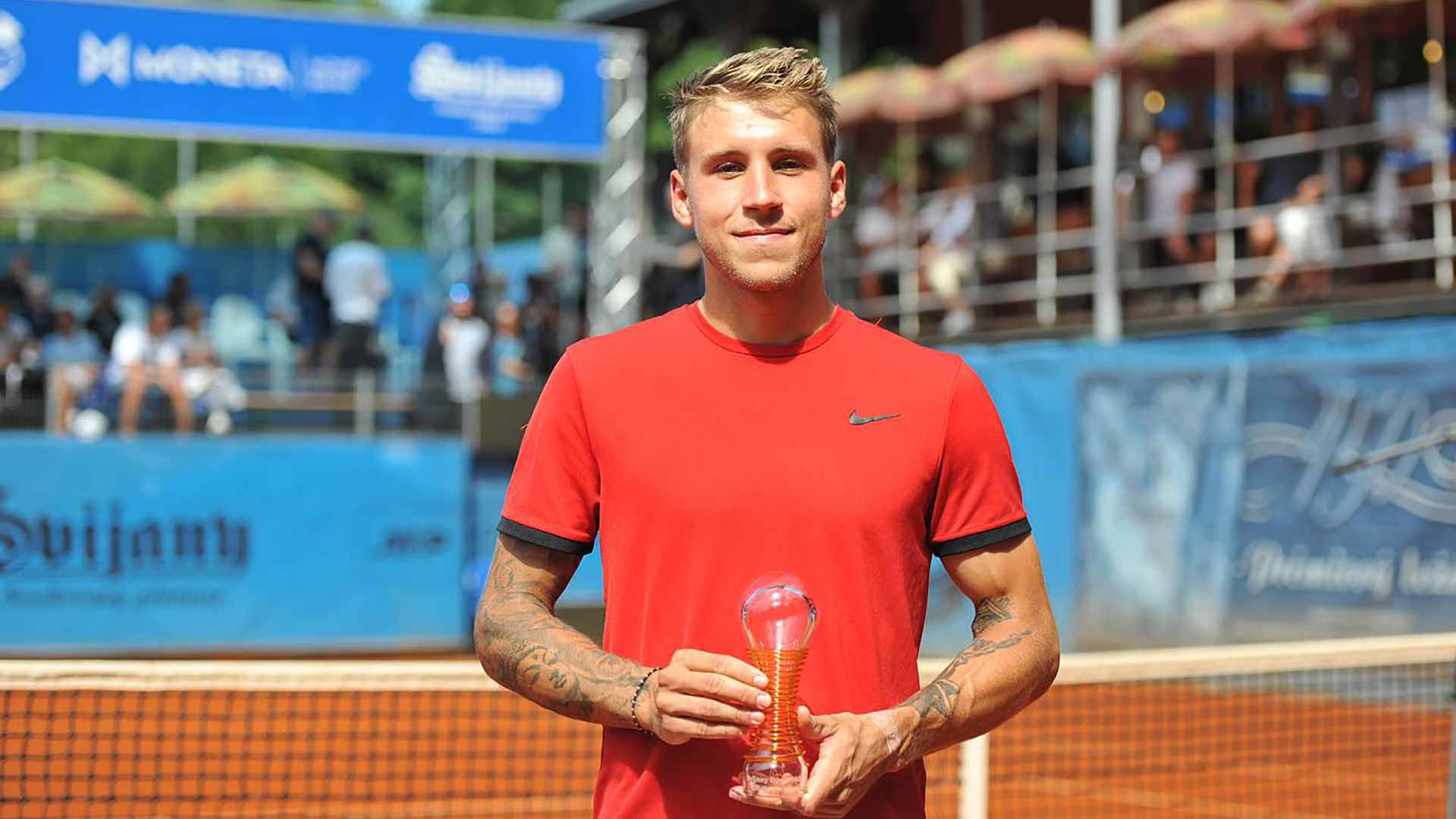 Molcan was hungry to lift his first trophy, following a pair of Challenger final defeats in Sevilla in 2018 and in Prostejov earlier this year. He also played for the title at the ATP 250 stop in Belgrade in May, falling to World No. 1 Novak Djokovic.

"I'm really happy that I finally managed to break my bad luck in finals and win the tournament," said Molcan. "I played really well in all the matches in Liberec. The positive thing for me is that I was able to keep the level of my game high throughout the week."

The 23-year-old is Slovakia's first Challenger champion since 2019. He rises 17 spots to a career-high No. 136 in the FedEx ATP Rankings.