Ricardas Berankis, Taylor Fritz, Jannik Sinner and Alexander Bublik have been among standout performers in the first quarter of 2019 on the ATP Challenger Tour.

Nine Challenger Storylines So Far In 2019

With 37 tournaments in the books, the 2019 ATP Challenger Tour season is already off to a flying start. Storylines abound on the circuit, as fresh faces and established stars jockey for position in the ATP Rankings, while many players target a successful transition to the ATP Tour.

A current Top 50 star made his debut as tournament director in his hometown, and a bevy of new events made impressive debuts. The first quarter also featured a comeback for the ages, multiple teens bursting onto the scene and a staggering 12 first-time titlists. And of course, there were Hot Shots. Your jaws might still be on the floor.

In case you missed a moment or just need a refresher, here are the nine biggest storylines from the first quarter of the 2019 season on the ATP Challenger Tour...

The Youth Movement Continues
In 2018, it was Felix Auger-Aliassime, Ugo Humbert, Hubert Hurkacz, Jaume Munar and Reilly Opelka leading the #NextGenATP Challenger charge. And already in 2019, a handful of players have made their own statements in the ATP Race To Milan.

Humbert picked up where he left off last year, adding a fourth Challenger crown on home soil in Cherbourg. The 20-year-old Frenchman is up to seventh place in his quest to punch his ticket to Milan, having also reached his first ATP Tour semi-final in Marseille. Less than a year after making his big breakthrough on the circuit, it's safe to say his Challenger days are already behind him.

Humbert is one of five #NextGenATP winners thus far in 2019, and while he has established himself in the Top 100, the remaining quartet are still in search of that big breakthrough. The youth movement in France is well underway, with Humbert's countryman Corentin Moutet up to No. 129 after claiming the crown in Chennai, India. The 19-year-old became the first teenager to win titles in three straight seasons since Evgeny Korolev in 2005-07.

Other titlists include Mikael Ymer, who notched his maiden crown in the island paradise of Noumea, as well as fellow 20-year-old Jeffrey John Wolf, champion in Columbus. Wolf put together a dream week to prevail at his home campus of Ohio State University. 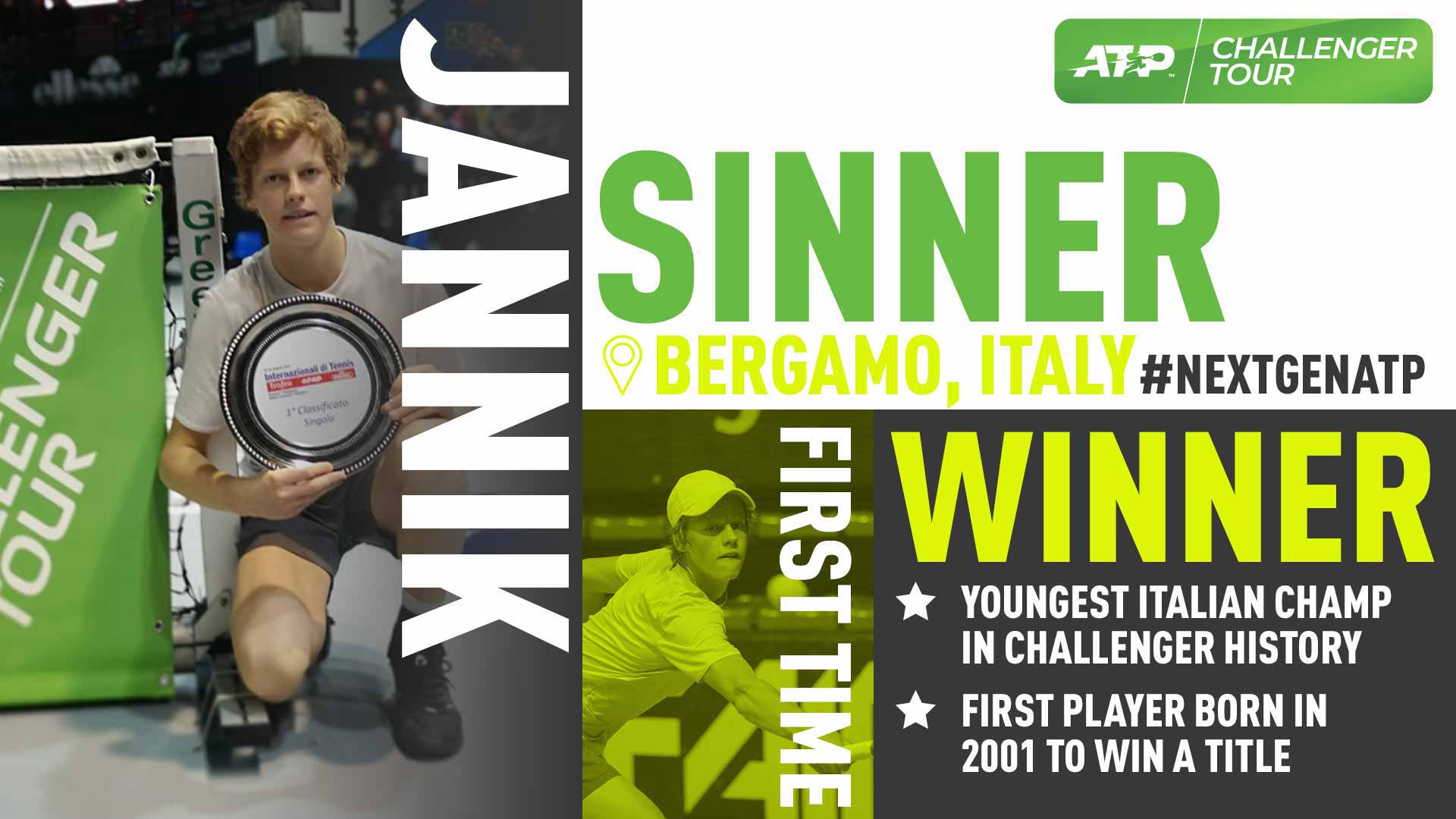 The Killer 'B's Lead The Charge
Barrere and Bublik blast off. Just rolls off the tongue, doesn't it? Thus far in 2019, no players have had more success on the ATP Challenger Tour than Gregoire Barrere and Alexander Bublik.

Barrere leads the circuit with 18 match wins, posting an 18-5 record. The majority of his success has come on home soil, lifting trophies on the indoor hard courts of Quimper and Lille and reaching the semis in Pau. Having also secured his first match win on the ATP Tour in Marseille, the Frenchman is making great strides in the ATP Rankings as well, soaring to a career-high No. 117.

Bublik, meanwhile, owns a tour-leading three titles. Champion on the hard courts of Budapest, Pau and Monterrey, the 21-year-old improved to 6-0 in finals in his young career with the trio of triumphs. It has been a long road back for the Kazakh, after suffering a fractured ankle at the BNP Paribas Open in Indian Wells last year. But the hard work is already paying off, having returned to the Top 100 of the ATP Rankings on Monday.

You Always Remember Your First
A grand total of 12 players have celebrated their maiden titles this year. To put that in perspective, there were only three first-time winners after the first quarter of the 2018 season and the 12th maiden titlist didn't come until June.

Graduating To The ATP Tour
Few players enjoyed greater success in 2018 than Auger-Aliassime, Humbert, Opelka, Juan Ignacio Londero and Christian Garin. A combined 13 Challenger titles saw them surge into the spotlight and eventually crack the Top 100. And as the calendar flipped to 2019, all five emerging stars have made seamless transitions on the ATP Tour.

Auger-Aliassime blasted to a career-high No. 33 in the ATP Rankings after reaching his first final in Rio de Janeiro and enjoying a ATP Masters 1000 breakthrough in Miami, advancing to the semis. Humbert scored his first Top 20 win over Borna Coric, en route to the Marseille semi-finals, while Garin reached his first final in Sao Paulo. In addition, Londero and Opelka both tasted victory for the first time, earning their maiden ATP Tour trophies in Cordoba and New York, respectively.

You May Also Like: Moving On Up: Challenger Stars Make Seamless Transition

Going Back-To-Back
Only two repeat champions featured on the ATP Challenger Tour in 2018, but the 2019 season has already included three back-to-back winners. A jet-lagged Taylor Fritz flew straight from Australia to Southern California and retained his crown in Newport Beach, prevailing in front of friends and family. Two months later, it was Barrere who triumphed for a second straight year at the Play In Challenger in Lille.

But no title defence was as dramatic as Pablo Andujar's victory in Alicante. One year ago, the Spaniard kicked off his comeback from three elbow surgeries with a title at the Ferrero Challenger Open. And on Sunday, he not only lifted his sixth trophy in 12 months, but solidified himself inside the Top 100 with the repeat crown on home soil.

Comeback of the Year (so far)
The Andujar storylines were not limited to his triumph in Alicante. One week earlier, the 33-year-old registered an early candidate for 'comeback of the year' with his title run at the nearby Casino Admiral Trophy in Marbella.

Trailing by a set and a break to Benoit Paire in the final, he would mount a stunning comeback. Andujar rallied from a 4-6, 2-5 deficit, saving one match point to take the title. The match was a microcosm of the guile, grit and determination that Andujar has displayed throughout his year-long comeback. 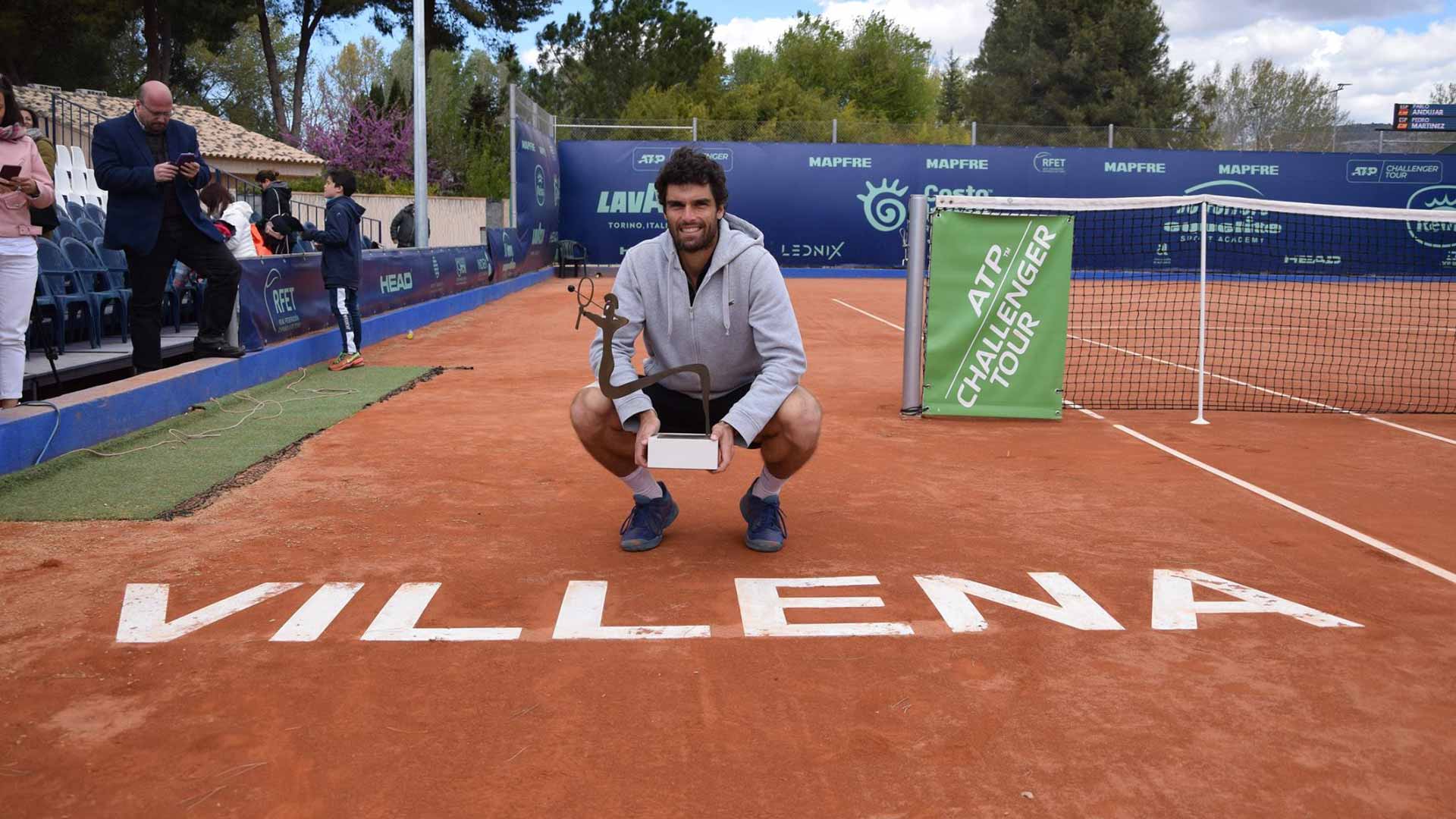 Upset of the Year (so far)
It's not often that a Top 30 star descends on the ATP Challenger Tour, but that's exactly what happened at the inaugural Arizona Tennis Classic in Phoenix. Looking for match play and confidence, World No. 21 David Goffin entered the tournament in search of his first trophy since 2017. Just two weeks prior, 27th-ranked Kyle Edmund claimed the title at the Oracle Challenger Series - Indian Wells, and Goffin was targeting a piece of silverware as well.

But Salvatore Caruso had other ideas. In one of the biggest upsets in Challenger history, the 26-year-old Italian, ranked No. 168, stunned Goffin 2-6, 6-3, 6-2. It was the first Top 50 win in Caruso's career, as he completed a magical semi-final run at the Challenger 125 event.

Phoenix, Cleveland, Pau, Da Nang debut
While the Challenger in Cherbourg, France celebrated its 26th edition and the RBC Tennis Championships of Dallas welcomed players and fans for the 21st time, four new events entered the fray in the first quarter of 2019.

One of the most important tournaments of the year is in Phoenix, which is held during the second week of the BNP Paribas Open in nearby Indian Wells. The affluent Phoenix Country Club staged the inaugural edition of the Arizona Tennis Classic, with world-class facilities greeting a world-class field of Top 100 players.

Professional tennis also returned to Cleveland, Ohio for the first time in 34 years, while ATP veteran Jeremy Chardy served as tournament director at his hometown event in Pau, France, one month later. And in Da Nang, Vietnam, the Asian nation welcomed Challenger tennis back after a one-year hiatus.

Hot Shots Galore
From Maxime Janvier's over-the-shoulder pass in Pau to Jurgen Zopp's behind-the-back half-volley in Drummondville and Akira Santillan's dive in Zhangjiagang, it was a highly entertaining first quarter on the ATP Challenger Tour.