Noumea welcomes 2019 with the 16th edition of the BNP Paribas Nouvelle Caledonie.

Welcome to 2019! The new year is upon us and that means a fresh season on the ATP Challenger Tour has arrived.

Today's stars on the ATP Tour aren't the only ones seeking to make a winning start to 2019, with those competing on the Challenger circuit also looking to make an immediate impact. We unwrap the season with a trio of tournaments across the globe, as players hit the hard courts of Noumea, Orlando and Playford.

The ATP Challenger Tour visits many scenic locations throughout the year and the island paradise of Noumea is among the most stunning. For the 16th consecutive year, the French territory of New Caledonia kicks off the season, with its capital city of Noumea hosting a Challenger 90 event.

Also featuring on the schedule is the City of Playford Tennis International (Challenger 90), the first of four events in Australia. And the inaugural Orlando Open (Challenger 80) is held in Florida, as the United States joins the opening-week party.

Note that tournaments are now divided into five categories - Challenger 80, 90, 100, 110 and 125 - providing the tour with a clear and defined structure. The change is part of a sweeping overhaul to the player pathway and prize money, signaling the beginning of a new era in the landscape of professional tennis. Learn More

You May Also Like: Challenger Season In Review: Storylines Abound In 2018

The first edition of the Orlando Open is held at the sprawling USTA National Campus in central Florida. The $60 million, 64-acre facility includes 100 tennis courts. Darian King is the top seed, with Mitchell Krueger leading the American charge.

Player to watch in Orlando: Ulises Blanch scored his maiden Challenger title in 2018 as a lucky loser, turning in an inspiring run through the draw to lift the trophy. The champion in Perugia, Italy, the 20-year-old American remains in search of an ATP Rankings breakthrough as he pushes towards the Top 200. He faces Dutchman Gijs Brouwer in the third round, following an upset victory over third seed Thiemo de Bakker on Wednesday. 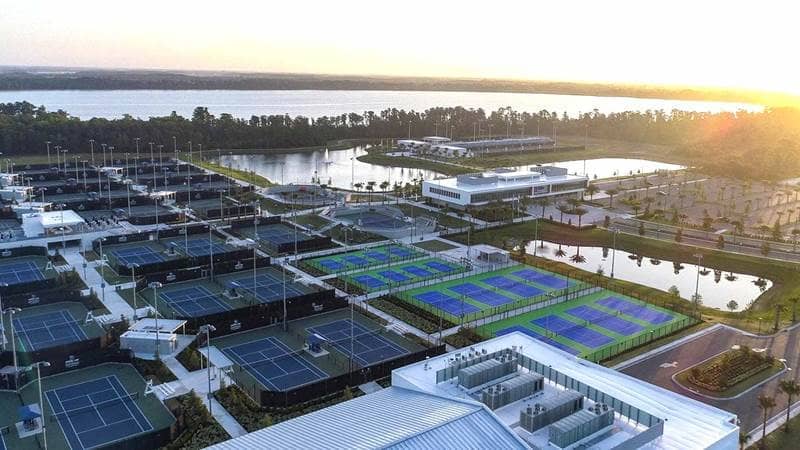 Player to watch in Noumea: At 19, Jurij Rodionov is the youngest player in the field. The Austrian teen will be looking to make a significant push as he seeks to build on his current standing of No. 217 in the ATP Rankings. Rodionov won his maiden Challenger crown a year ago in Almaty, Kazakhstan.

Player to watch in Playford: Finally healthy, Tommy Paul is plotting his ascent as his 2019 campaign kicks off Down Under. The 21-year-old American lifted his first Challenger trophy just two months ago in Charlottesville. After struggling with a knee injury for the majority of 2018, Paul is on the precipice of a Top 200 return, sitting at No. 202.