Winning my first challenger title is an unbelievable feeling. It was more about how I won, not dropping a set against some great players. It hasn't sunk in yet. I've put in a lot of hard work within the last two years and haven't gotten the results, but a lot of friends and family stuck with me. So this win isn't for me. It's for everyone that has supported me. 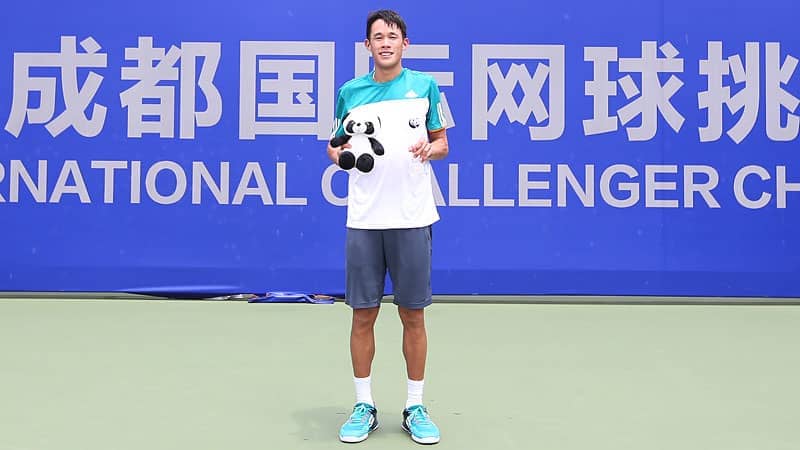 I want to share a bit of my journey as a kid to the professional level.

Ever since I can remember playing tennis, I always dreamed of being a professional player. Dreams of holding the US Open trophy. That dream was alive until the end of my junior year at the University of Michigan. I realised that tennis after college was not for me anymore. I wanted to explore a life without tennis.

After graduating, I took a job at an oil company back in my hometown of Torrance, California. A lot of my friends and family were surprised I took the job. They all thought I would be playing professional tennis. I must say working at a desk was a bit foreign to me. I wasn’t used to sitting for long hours. But at the end of summer I was unexpectedly laid off. So much for exploring a different route. I guess you can say I’ve experienced a layoff in my lifetime. So three months after graduation I was back to square one and had no idea what was next.

My friend suggested I play a big money tournament in Seattle. I had not picked up a tennis racquet since I finished at Michigan. But I went there and tuned everyone up. I surprised myself. After that tournament I decided I would make a run at the professional circuit.

That tournament win came so easily that I thought coming onto the scene wouldn’t be that hard. I was wrong. My first pro tournament was in India. After qualifying for the main draw in consecutive weeks I was unable to win my first point in the Emirates ATP Rankings. What I did get was a really bad fever that cut my trip short. A month later I traveled to China. Again after qualifying in consecutive weeks I was unable to win a point. It wasn’t the start I had hoped for. Luckily by my fifth tournament, in Mexico, I was able to come through.

This journey of mine has not been smooth, but it has taught me a lot about myself and helped me mature as an adult. Starting out, I did not get any wild cards or opportunities to help me move up faster. I had to do it the blue collar way. I didn’t really have anyone guiding me along the way, telling me about good scheduling (where to play tournaments), or a structured practice schedule. It’s different in college when you have two coaches that work around the clock to help you on and off the tennis court.  I had to learn the hard way, by making mistakes. Every year on tour I learned from the last and improved. But since my resources were limited, my growth as a tennis player took twice as long as the players who did.

Do I wish my growth could have been faster? Yes! I think all players would like that. But I wouldn’t trade my journey for anyone else’s. I’ve met amazing people along the way and made existing relationships stronger because I’ve been able to visit friends in countries where I wouldn’t have if I was at the desk. I’ve had to take care of all my finances and my scheduling and basically be my own manager, trainer and coach. Doing all these things on my own has helped me grow up a lot. And for that I am forever grateful to tennis. I am also very fortunate to have had two coaches along the way that really dedicated their time and effort to me and didn’t expect anything in return, as well as many friends and family who have always cheered me along the way. I still feel like I’m learning and growing and I’m excited for what’s next!