Robert Davis
This article contains:
Veteran tennis writer Robert Davis provides an inside look at the ATP Challenger Tour through his series of dispatches. This week, he is in Lisbon, Portugal.

What do you get when you mix a crazy Croatian coach, Lovro Zovko, and a skeptical Russian tennis player, Evgeny Karlovskiy? A spontaneous combustion of fuel and fire that will either propel Karlovskiy forward or blow him to bits. This is the razor’s edge of developmental coaching on the ATP Challenger Tour that Zovko has been tasked with.

“Just a normal day at the office,” Zovko says with a shrug of the shoulders. “Who is easy to coach? Roger (Federer) was a hothead when he was young, Marat (Safin), and Goran (Ivanisevic) never stopped being hotheads. Each player has his own unique personality and we coaches need to be wise how we handle the younger players. Or else we can do more damage than development. But yes, Russians can sometimes be too smart for their own good.”

Zovko is a former ATP player and has been Croatia’s Davis Cup doubles coach for the last few years. Working with Ivan Dodig, Nikola Mektic, Franko Skugor and Mate Pavic has prepared him well for the intelligent Karlovskiy. When the pair began working together five years ago, Karlovskiy was barely on the ATP radar. Now, he is at No. 222 in the ATP Rankings and climbing.

This week we are at the Club International de Football in Lisbon, Portugal. The CIF is a family membership driven multisport club where good food and fellowship reigns. The clubhouse is surrounded by tall majestic pines, centurion cork oaks and a prosperous garden behind the caretaker’s house. The stadium court is sunk down below the restaurant and on windy days the players swear they can smell what is cooking in the kitchen.

This week we have a couple of legend coaches from the ATP Tour: Antonio ‘Toni’ Martinez and Larry Passos. Together they coached Juan Carlos Ferrero and Gustavo Kuerten respectively. Today, Toni is managing Spain’s Pedro Martinez, while Larry is coaching Portugal’s Joao Domingues. There are a few Grand Slam trophies between Toni and Larry and no doubt their players will benefit from the years of experience at the top of the tour.

There is something special about a tennis player who gets out there for fitness training, driving his body to the maximum without anyone pushing him. This week it would be Marc Polmans and Sandro Ehrat. Both players would go to the track for daily sprint work. Polmans was doing a dozen of 100 sprints before his on-court training sessions, while Ehrat ran the old school gut busting 400 metres at the end of each day.

Before coming here, we were in France for the Bordeaux and Aix-en-Provence Challengers. One of the interesting things about traveling the ATP Challenger Tour is observing the different customs. In France, the men say hello by kissing each other on the cheeks. Here in Portugal, the men say hello with a shout and a slap on the back. In France they call the cooking ‘haute cuisine’, which seems to mean that it looks pretty, comes in small portions and will cost a man more than he cares to pay. Not so in Portugal. Here you get a platter of salted cod and fried potatoes, a bowl of grilled squid swimming in olive oil, a plate of spinach and a wad of baked bread that is rough around the edges. But the best part is the table wine, vinho douro, as the locals call it. A type of farmer’s red wine comes with the meal and is free of charge. 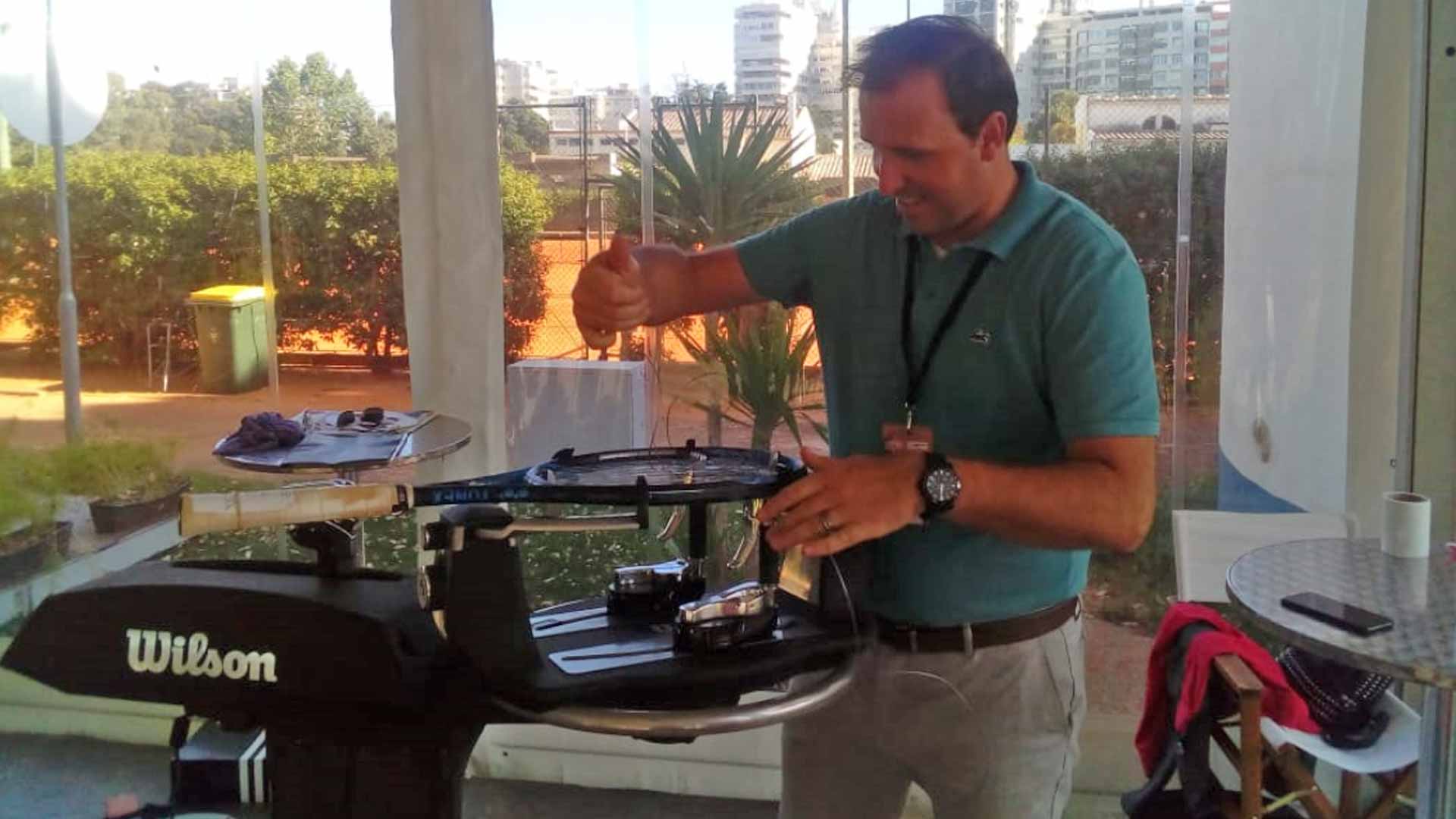 Usually, when the ATP Tour Manager comes walking up to your court there is trouble brewing. However, that was not the case this week as Denis Zivkovic passed a racquet to Zhang “Flaming Dragon” Ze during his match. Overwhelmed with racquets to be strung and with anxious players waiting, Zivkovic jumped in and not only strung racquets but delivered them to the court himself. Those are the little things that can often go unnoticed but at the end of the day make a tournament run smooth. The ATP Supervisor this week is Portugal’s Rogelio Santos. Players and coaches alike respect Santos for his calm demeanor. Santos is one of those men who always listens twice as much as he speaks and never overreacts, neither does he underreact. I suppose the best compliment you can give a supervisor is that he is fair to all players regardless of rank.

The best place to find a coach at the end of the day is at the bar. He might be having a coffee or a beer, but one thing is for sure he will be talking about his player. The subject of coach player communication after a loss is a sensitive one. Some players like to get shot in the head with one big blast of facts and truth. Others want the truth sugar coated and in small doses. Coaches and players tend to view losses through two lenses; a microscope or a telescope. One coach once told me that a mirror might be the better choice.

At its heart, tour coaching is about selling hope to the player. That these tough times are not as bad as they feel. That results will get better with hard work and perseverance. That is unless they are coached by veteran ATP Tour coach Boris Sobkin. Boris is fond of the old Russian quote, “The pessimist says, ‘things cannot get any worse. And the optimist says, ‘oh yes they can.’”