What a year it's been for Aussie tennis on the ATP Challenger Tour. Not only does the nation have a tour-leading 11 titles, including nine different winners on the circuit, but Australia has also seen a stunning surge among its #NextGenATP contingent.

In February, Marc Polmans captured his maiden title on home soil in Launceston. Then, in June, 19-year-old Alex de Minaur notched his first crown on the grass of Nottingham. And on Sunday, the country welcomed its youngest winner since 2013 (Kyrgios) when Alexei Popyrin lifted the trophy in Jinan, China.

Popyrin, who turned 19 less than two weeks ago, was the marathon man all week in the Chinese city. He stormed through qualifying to reach the main draw, where he reeled off four three-set wins in a row to lift the trophy. He would rally past British veteran James Ward 3-6, 6-1, 7-5 in the championship.

The Sydney native's success does not come out of nowhere, having claimed the junior title at Roland Garros last year. He also qualified for his first ATP World Tour event to kick off the 2018 season at the Sydney International, stunning Nicolas Mahut from a set down to reach the main draw.

Alexei, congrats on winning your first Challenger title. Talk about how it feels.
It feels great. I finally got over that step. I've been putting in the hard work over the past few months. And to come through qualies and win a few more matches, hopefully it's a sign of better things to come.

To come through qualifying and win a title is never easy. How did you stay mentally focused all week?
Just keeping the same routine, playing my matches and then cooling down. I stayed in the hotel and didn't exert too much energy on unnecessary things. I was focused throughout the matches and finished them pretty quickly in qualies.

Your last four wins went the distance. How did you stay so clutch in the big moments?
I would just say it was a pretty good week for me. I have a good record in three sets, and it's when I play in the third set that I step my game up and my serve too. I try to physically outlast my opponent and raise my intensity.

You have been competing in Challengers for less than a year. Did you expect success to come so quickly?
I was hoping for success to come this quickly and I was expecting it. I know I have the game to compete with all players on the Challenger circuit and hopefully the ATP level too. I am pretty confident I can go the distance here. And I hope next year the ATP World Tour follows.

What are the biggest things you've learned so far on the ATP Challenger Tour?
The competition is really tough. I would say that some of the Challenger players are very underrated. They are very good and anybody can beat anybody on a good day. But I've just learned to play my game, stay confident and stay focused during the match. Hopefully good things come.

How inspired are you by the success of Alex de Minaur? You are a similar age. Does his success push you to do better?
I've known Alex since I was a junior, around 12 years old. That was the first time we've met. Since then, we've been pushing each other to do bigger and better things. He's been pushing me and hopefully I'm pushing him. He's been a good friend off the court and we get along really well. Hopefully I can follow in his footsteps next year. 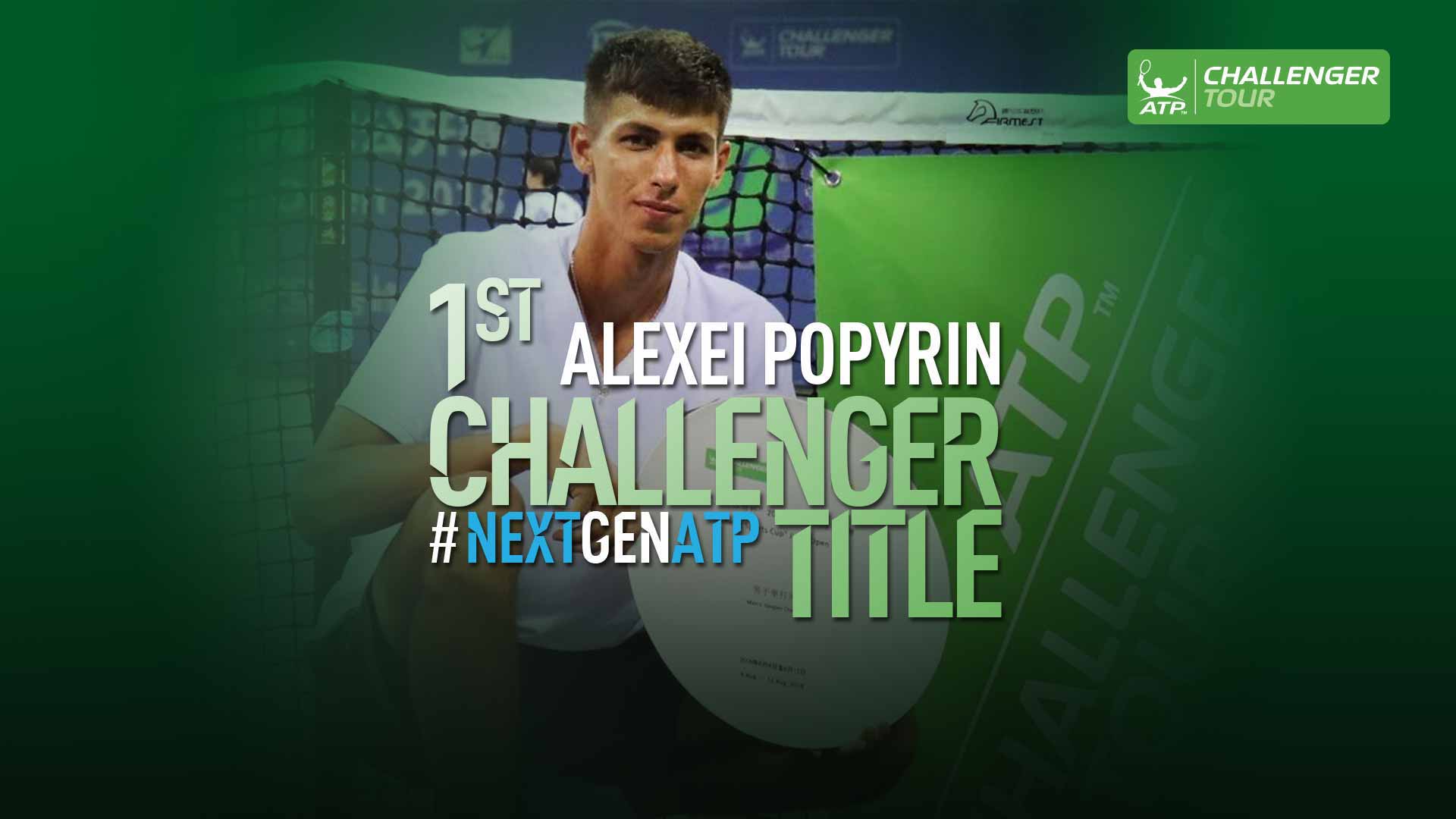 Is there anyone you'd like to thank for getting you to this milestone in your career? And which players do you look up to?
I'd like to thank Patrick Mouratoglou and the Mouratoglou Tennis Academy. They've helped me so much over the past two years. They've formed 'Team M' with Stefanos Tsitsipas, Thanasi Kokkinakis and me, and it's been a great addition to my career.

As for players, I try to base my game around Juan Martin del Potro. Big forehand and big serve. But I try to be special on court and have my own way of playing.

From outside the Top 600 to start the year, you are now up to No. 211. Did you set any goals at the start of the year and what are they now?
At the start of the year, my goal was to be in qualies of the US Open. Unfortunately, I was one week too late in winning the Challenger. But, I'd say I've completed my goal for the year and my goal for the rest of the season is to make the Top 150 and push towards the Top 100.

For those of us who don't know much about you, tell us something. What do you enjoy doing off the court? Do you have any passions outside of tennis?
I love any sport in general, but mostly soccer and basketball. Whenever I get the chance, I'll watch the English Premier League. The season just started. And I like to play PlayStation and hang out with friends. Just the normal teenager stuff.