If Jurij Rodionov has been flying under the radar over the past year, he will be a household name soon enough. Dominic Thiem is undoubtedly the face of Austrian tennis, but the World No. 7 could have some company at the pinnacle of the game in the near future.

At the age of 19 years and one month, Rodionov claimed a slice of history for the European nation on Saturday, becoming just the fourth Austrian teenager to win an ATP Challenger Tour title. He is the youngest to do so since 1986, when both an 18-year-old Thomas Muster and a 17-year-old Horst Skoff achieved the feat.

Rodionov lifted his first trophy on Saturday in Almaty, Kazakhstan, ousting Pedja Krstin 7-5, 6-2 to cap an impressive week at the clay-court tournament. He is just the second teenager to win a Challenger title this year, joining Rudolf Molleker (Heilbronn).

Rodionov's victory in Almaty is as improbable as it is impressive. The teen was appearing in only his fifth Challenger main draw, all of which have resulted in quarter-final finishes or better. When given the opportunity to compete against the best, he has taken full advantage.

Last year, Rodionov made his first big splash at the $125,000 event in Ningbo, China, registering arguably the comeback and upset of the year, after rallying from 3-6, 1-5 down to stun Jordan Thompson for his first Top 100 win. He was ranked No. 691 at the time and now the 19-year-old is projected to ascend to a career-high No. 292 in the ATP Rankings on Monday.

You May Also Like: Austrian Teen Claims Challenger Comeback, Upset Of The Year

Born in Nuremberg, Germany, to Belarusian parents, Rodionov decided to play under the Austrian flag in 2015 after his father moved the family there for work. He admits that football was his first love, but wasn't allowed to play until age six, so he decided to pick up a racquet.

Eight wins in eight days as a qualifier. pic.twitter.com/TU4NWaybWj

Rodionov spoke to ATPWorldTour.com following his victory in Almaty...

Jurij, congrats on winning your first Challenger title. Talk about how it feels.
Now it feels amazing, but during the match I was feeling all the pressure. My serve wasn't working very well, but after match point it was a big relief for me. Now it's a really good feeling.

You are just the fourth Austrian teenager to win a Challenger title. What are your thoughts when you hear that?
Wow, I didn't know that. It's a great achievement and I'm very proud of myself and my great team who supported me throughout this long week. All these hours in the gym finally paid off.

You beat some strong players during the week. What went right for you?
Pretty much everything. I talked with my coach about tactics every day and it worked on the court. I'm just happy I could play like I did this week.

To come through qualifying and win a title is never easy. How did you stay mentally focused all week?
That's a good question and I don't know, to be honest. A lot of players and coaches ask me that. I don't know. Somehow it just works and I've stayed focused. It's been a long week. I'm proud of that. 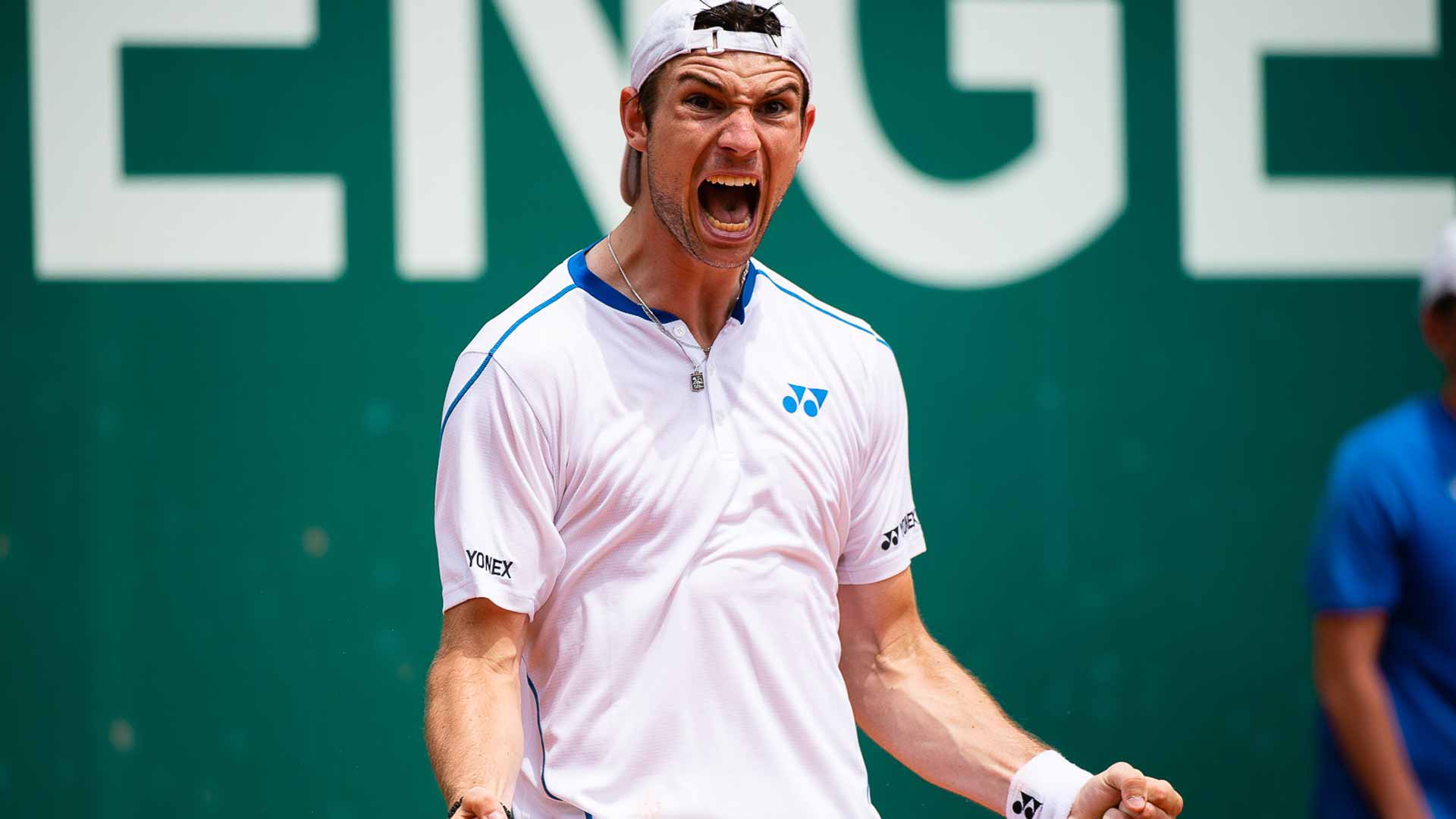 You got one of your biggest wins over Yannick Hanfmann in the semis. Do you now believe that you can compete with these top players?
Well, last year I already beat Jordan Thompson. He was Top 100. I knew I could compete against the best, but I lacked a bit of consistency. I was working on that throughout the year in 2017. Now I believe even more that I can compete with these players.

For those of us who don't know much about you, tell us something. What do you enjoy doing off the court? Do you have any passions outside of tennis?
I'm a big football fan. I support Arsenal FC. Other than that, I just enjoy time with my friends. Going out, eating out with them. The casual stuff.

You are also up more than 30 spots in the Race to Milan. What are your thoughts on the Next Gen ATP Finals?
Of course it would be nice to get there, but hopefully next year. It's a bit too soon for this year. I'm focused on getting better at the Challenger level and improving my game. Maybe next year it will be my goal.