This is what the ATP Challenger Tour is all about. On Sunday, in front of thousands of passionate fans at the Real Club de Tenis Betis, native son Alejandro Davidovich Fokina celebrated his maiden title in Sevilla.

The local Sevillanos filled the club, with a capacity crowd on hand to watch the 20-year-old battle countryman Jaume Munar. And with 400 more on line outside, in search of a coveted seat inside the historic venue, the atmosphere was electric and the drama palpable.

The oldest tournament in Spain celebrated its 29th edition, welcoming a third #NextGenATP champion in the past four years. Casper Ruud (2016) and Felix Auger-Aliassime (2017) would go on to crack the Top 100 and beyond, a milestone that is now well within reach for Davidovich Fokina. The Malaga native is up to a career-high No. 108 in the ATP Rankings and moves to 12th in the ATP Race To Milan.

Davidovich Fokina has been on fire in September, halting a 1-6 mid-summer stretch with an impressive 12-2 run that also included a semi-final finish in Mallorca and final run in Genova. The 20-year-old continues to build off his breakthrough moment from earlier in the year, when he stormed to the semi-finals at the ATP Tour stop in Estoril as a qualifier. There, he upset World No. 18 Gael Monfils to reach the last four. 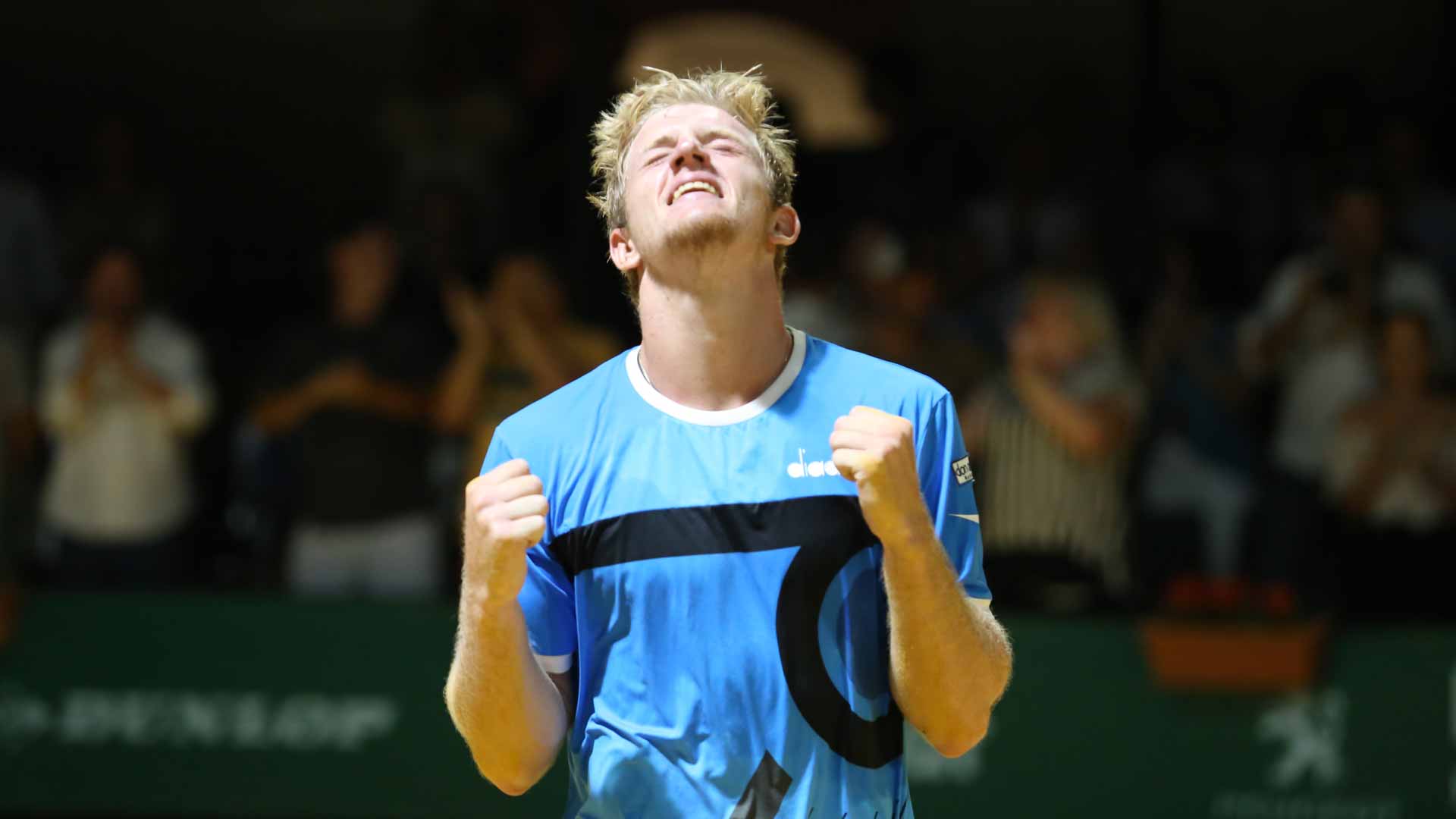 The Spaniard spoke to ATPChallengerTour.com following his maiden triumph in Sevilla...

Alejandro, congrats on winning your first Challenger title. How does it feel to lift the trophy?
I have been supported all this week by my family, by the team and by my friends. I am very happy to raise this title in front of them. I think it is well deserved, since last week I lost in the final, but this time I could get it.

The final against Munar was very close. Did you feel nervous today?
Yes, with Jaume there are always those nerves because I know he is a very consistent player. He doesn't miss any shots. I started a little more nervous, but in the second set I was more explosive and aggressive. I have relied much more on myself and I also wanted to not lose a fourth final.

Winning your first Challenger title is not easy. What do you think were the keys during the week?
I have been for three weeks at a very good level. I looked to win the tournament from the beginning. In every game, at every point I went to the maximum. In addition, the confidence I brought from the previous matches carried into the final.

As you say, you had three finals in which you didn't get the trophy. What did you learn from those experiences?
There were many emotions and I had a lot of pressure. But I prepared for this match very well with my coach Jorge [Aguirre] and I think I solved it very well. We knew there would be a lot of emotion, because we played in Andalusia, very close to home in Sevilla. And also the public would be on my side, which was very important.

You defeated two strong players - Salvatore Caruso and Jaume Munar - in the semis and final. How much confidence do those victories and this trophy give you?
First of all, I'd say not to lose your mind with these victories, because on Wednesday I will start competing in another Challenger. So I'm going to celebrate with my family, I'm going to enjoy my first victory and tomorrow it's time to go back to work.

To win your first #ATPChallenger title is a big deal.

This is how much it means to @alexdavidovich1, champion in Sevilla. 👇👇👇 pic.twitter.com/xijUOYNbU3

It has not been an easy summer for you. How did you prepare yourself to put aside those struggles and have such a successful month?
After Estoril, I did not have it very easy. There were matches that I should not have lost, where I was playing very poorly. In tennis there are always streaks and I know there will be ups and downs. The goal was to move on, never give up.

What have you enjoyed most of your time in Sevilla? It is such a historic tournament and very close to home for you.
Of course not the heat! (Laughs). The people here supported me a lot and the atmosphere is spectacular. Being able to play in Andalusia gives my whole family and my friends the opportunity to come. It is a plus to play in front of them all.

For those of us who don't know much about you, what do you enjoy doing off the court?
I am a very hyperactive guy, who likes to do many things away from the court. I am very simple, very sociable. In the end, I am from Malaga. I grew up there and I my attitude is like the people there. I just like to have fun with friends and enjoy life.