Surbiton, Nottingham and Ilkley highlight the 2019 grass season on the ATP Challenger Tour.

Josh Meiseles
This article contains:
Swing weaves through Surbiton, Nottingham and Ilkley in the U.K.

The dirt is still flying at Roland Garros, but the lawns are already alive on the ATP Challenger Tour. That's right, it's time for the grass season.

With freshly-painted lines and the smell of crisp blades of grass filling the air, the freshly manicured lawns of the Surbiton Racket & Fitness Club greet players and fans this week. High-octane tennis returns to the London suburb for a fifth straight year and 16th overall.

It is the first stop on the three-week grass-court swing, weaving from Surbiton to the northern U.K. city of Nottingham and the sleepy, picturesque town of Ilkley. In addition to being elite Challenger 125 tournaments, they feature some of the oldest venues on the circuit.

In fact, the Surbiton Racket & Fitness Club and the Ilkley Lawn Tennis & Squash Club are the two oldest clubs on the ATP Challenger Tour. Founded in 1881, the facility in Surbiton hosted the prestigious Surrey Grass Court Championships for 70 editions. It was also the site of both Roger Federer and Lleyton Hewitt's first professional grass-court tournaments. Federer reached the semi-finals in his grass debut exactly 20 years ago.

Founded one year earlier, in 1880, the facility in Ilkley is nestled in the shadow of the iconic Cow and Calf Rocks. The Yorkshire region of England hosts the Ilkley Trophy for a fifth time this year. The champion is traditionally awarded a Wimbledon wild card, with Sergiy Stakhovsky reigning in 2018.

And while the site in Nottingham is not as historic, the fabled home of Robin Hood also hosts one of the more prestigious tournaments of the year. The Nottingham Tennis Centre previously held an ATP 250 event and now welcomes players for a combined ATP Challenger/WTA Tour event. #NextGenATP star Alex de Minaur lifted his first trophy at the Nature Valley Open a year ago.

This week, the Surbiton Trophy features a loaded draw once again. Eight players feature in the Top 100 of the ATP Rankings, led by World No. 61 and #NextGenATP star Ugo Humbert, who is appearing in his first grass-court tournament as a professional. Matthew Ebden, a semi-finalist last year, is seeded second, while Jordan Thompson is third. Daniel Evans, also a 2018 semi-finalist, is the top British player in the field and seeded fourth.

Also descending on Surbiton is the big-hitting Ivo Karlovic and fellow veteran Feliciano Lopez. #NextGenATP Brits Jay Clarke and Paul Jubb are unseeded, as are Dustin Brown, James Duckworth and Tommy Paul. Jubb is one week removed from clinching the NCAA singles title for the University of South Carolina. 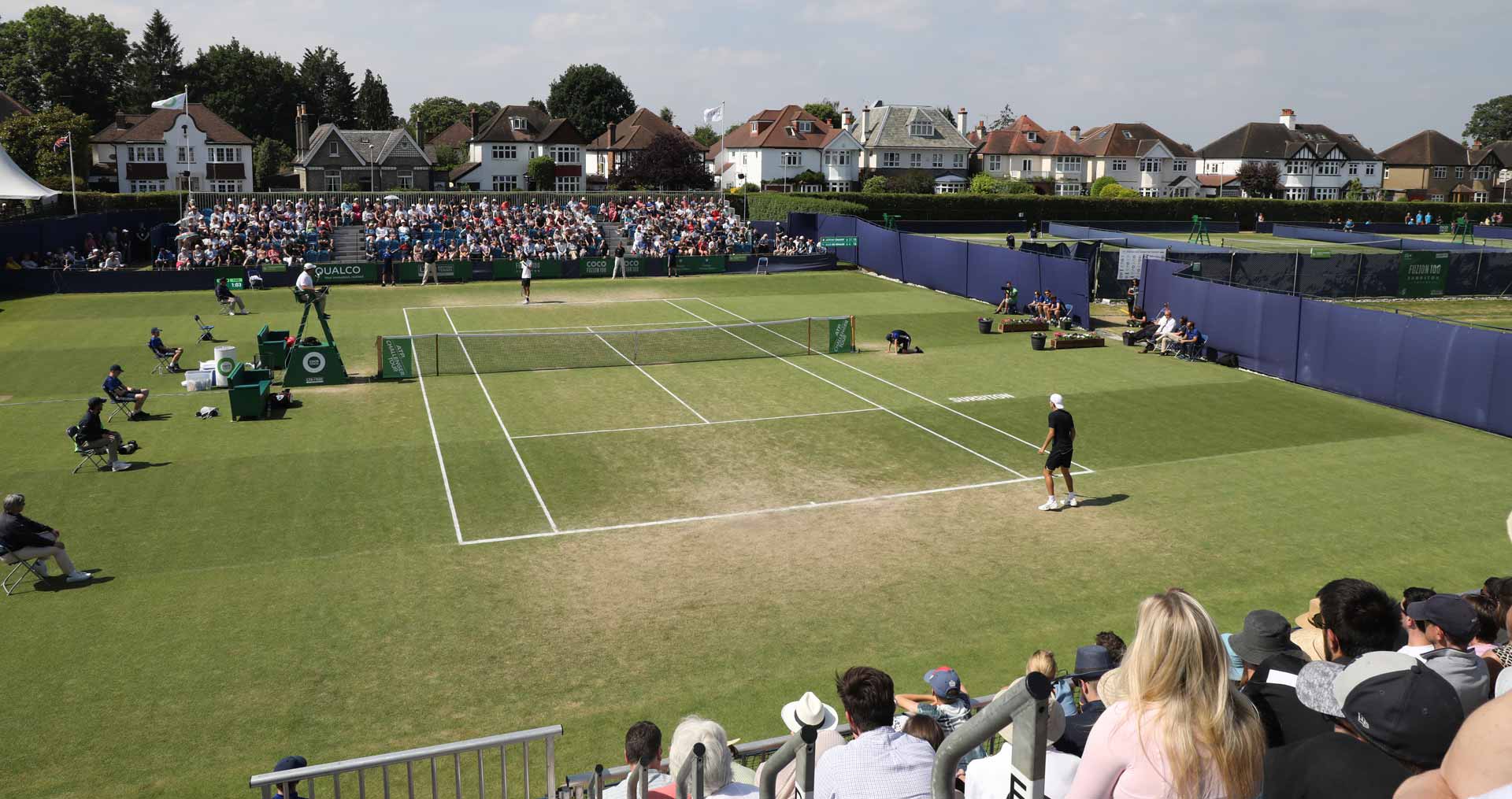 The doubles draw in Surbiton is equally as impressive, led by Marcel Granollers and Ben McLachlan. Reigning champion Luke Bambridge (w/O'Mara) is teaming with Marcus Daniell this week. Unseeded Aussie duos include Hewitt and Thompson, along with Nick Kyrgios and Thanasi Kokkinakis. Last year's singles finalist De Minaur is teaming with Matt Reid.