When Jurij Rodionov entered the RBC Tennis Championships of Dallas, he had no expectations. In fact, the Austrian was merely hoping to win just one or two matches as he sought to rebound from a disappointing 2019 season.

Rodionov never imagined he would be lifting the trophy at the end of the tournament, but that's exactly where he found himself on Championship Sunday. The 20-year-old became the first #NextGenATP titlist of 2020, claiming six wins in seven days to triumph at the T Bar M Racquet Club.

It was an impressive display all week from Rodionov, who upset second seed Andreas Seppi, as well as an in-form Michael Mmoh, Joao Menezes and Dominik Koepfer to reach the final. There, he won a thrilling encounter against fifth seed Denis Kudla, 7-5, 7-6(10). The 22-point tie-break was as epic as they come.

Rodionov is two years removed from his maiden ATP Challenger Tour title on the clay of Almaty, Kazakhstan. At the time, the 20-year-old was first embarking on his professional journey and one of just a handful of teens to triumph in the 2018 season. But 2019 proved to be a reality check for the young Austrian, reaching just one semi-final and going from inside the Top 200 to No. 362 entering Dallas. His latest victory has him soaring 130 spots to No. 232 in the FedEx ATP Rankings.

When the net is your best friend and your worst enemy in a matter of minutes.

Sometimes you just have to hug it out. pic.twitter.com/YJ0aEKEIol

Rodionov posted the following on his Facebook page after lifting the trophy:

Unbelievable, I have done it! I really cannot describe my feeling after the fourth match point. The win is a reward for the hard times I and especially my team had. This is for you!
The match was high level and epic till the end, but finally I managed to defeat Denis Kudla (USA / ATP 106) with the score 7:5 and 7:6(10). I have played like I have done the whole week so far, so simple that might sound. Being patient, aggressive if appropriate and sticking to the match plan were and are the keys for me.
This is the beginning for me and I will continue the hard work with this intensity. 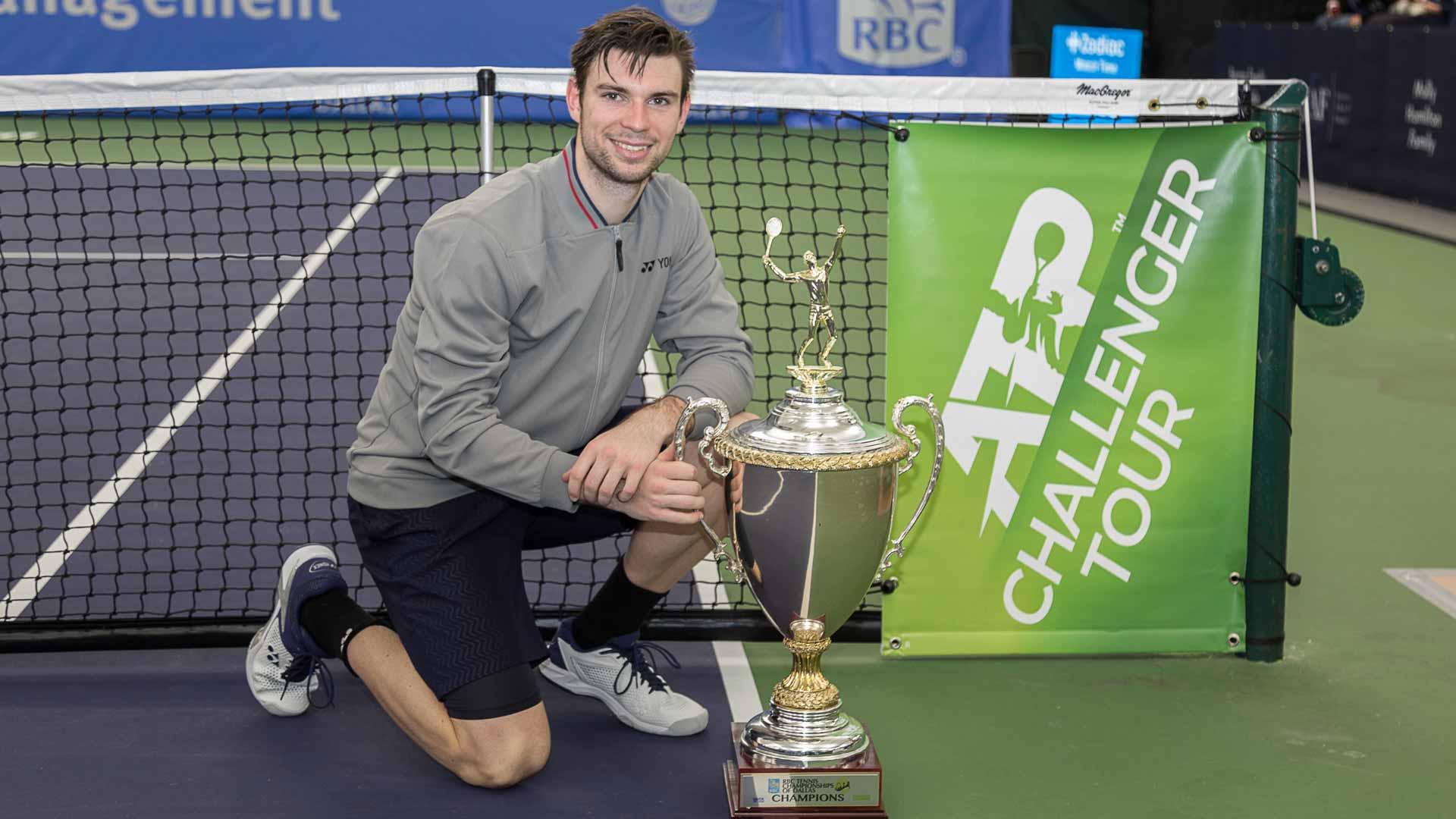 Now, with a renewed attitude and approach, Rodionov is hoping his latest victory is a harbinger of what's to come for the rest of 2020. He spoke to broadcaster Mike Cation after prevailing in Dallas...

You won six matches in seven days. That's a lot of tennis. You have to be super pleased with the result and you only dropped one set in those matches.
First of all, it's a great tournament and I really enjoyed playing here. The courts are very good, the whole facility and the food too. The organization made it easy to play here. I really enjoyed it. It was very comfortable and that's why I could play my tennis. From round to round it got better and better.

Jurij, you have such a unique style of play. It felt like there were times where you were moving side-to-side, then luring your opponents in and then attacking and taking rips. Where did all that come from?
Honestly I don't know. I basically created my own style. In the beginning of my career, I was a player like Dustin Brown. A trickster playing a lot of drop shots. I was playing for fun, because I liked it. But later, when I became a professional and started playing Challengers, that style didn't work. I had to be more consistent and win from the baseline. So it all came together and I had to use different game styles. I don't play just one way. This week, I played my best tennis and it worked.

Earlier this week, Jurij Rodionov admitted he was lost in 2019. What a difference a new season can make.

Refreshed and refocused, the 20-year-old 🇦🇹 found his way back to the winners' circle in Dallas. The champion @TennisChampsDTX, needing four MP to survive Kudla 75 76(10). pic.twitter.com/9CbohyxpSG

Your game style doesn't seem to play well on a fast hard court. How did you think you incorporated it this week?
It's tough to explain, because at the start of the tournament, if someone told me I'd make the quarters, I would have been completely happy with that. Now I'm sitting here after a big win. I just played match to match and I knew what I can do. I know what my strengths are and how to overshadow my weaknesses. With those strengths, I stayed very consistent and made the life of my opponents very hard.

You obviously had a tough 2019, suffering a big ranking loss. What were the expectations going into the week?
This is the first week coached by Javier Frana. He's an ex-Top 30 player. I was really looking forward to it. He knows what he's doing and while I didn't expect a lot, I just wanted to get confidence back and maybe win some matches. Javier told me after I reached the quarter-finals, that I should be happy. He said to play match to match and just enjoy it. He told me not to make it complicated. If I lose, there's always another tournament next week. He explained to me that tennis doesn't have to be that hard. You just have to give 100 per cent and work on the right things. The results will come.

How do you celebrate? You go right to Cleveland from here, but how do you make sure you enjoy such a monumental moment?
After I finish all these autographs and selfies, I'll probably go to my room and call my mom, my brother, my coaches and my friends. It's always nice to see their reactions. It's just a joy for me. Maybe in the evening I'll have a Diet Coke. Keep it low key.