A LOOK BACK
Peugeot Slovak Open (Bratislava, Slovakia): Alexander Bublik will be the first to admit that his 2018 campaign has not gone according to plan. A surging #NextGenATP star who kicked off his season just outside the Top 100 of the ATP Rankings, Bublik was on the verge of a big breakthrough. But after a broken ankle suffered at the BNP Paribas Open stopped him in his tracks, the Kazakh was reeling, falling as low as No. 253.

The 21-year-old entered his final tournament of the year in Bratislava, searching for confidence heading into the offseason. Safe to say he found that and then some. Bublik won eight matches in nine days as a qualifier, clinching his first ATP Challenger Tour title in 15 months. He capped the resurgent week with 10 sets won in a row, culminating in a 6-4, 6-4 win over Lukas Rosol in Sunday's final.

"I'm happy I managed to win today," said Bublik. "It's my first tournament victory since last August. Overall, in my entire career it's the first tournament I've ever won as a qualifier. I have a great feeling to end the season with this title. I like Bratislava and I believe I will come back next year."

Bublik improved to 3-0 in Challenger finals, adding to victories in Morelos, Mexico and Aptos, USA last year. He rises 83 spots to No. 170 in the ATP Rankings. 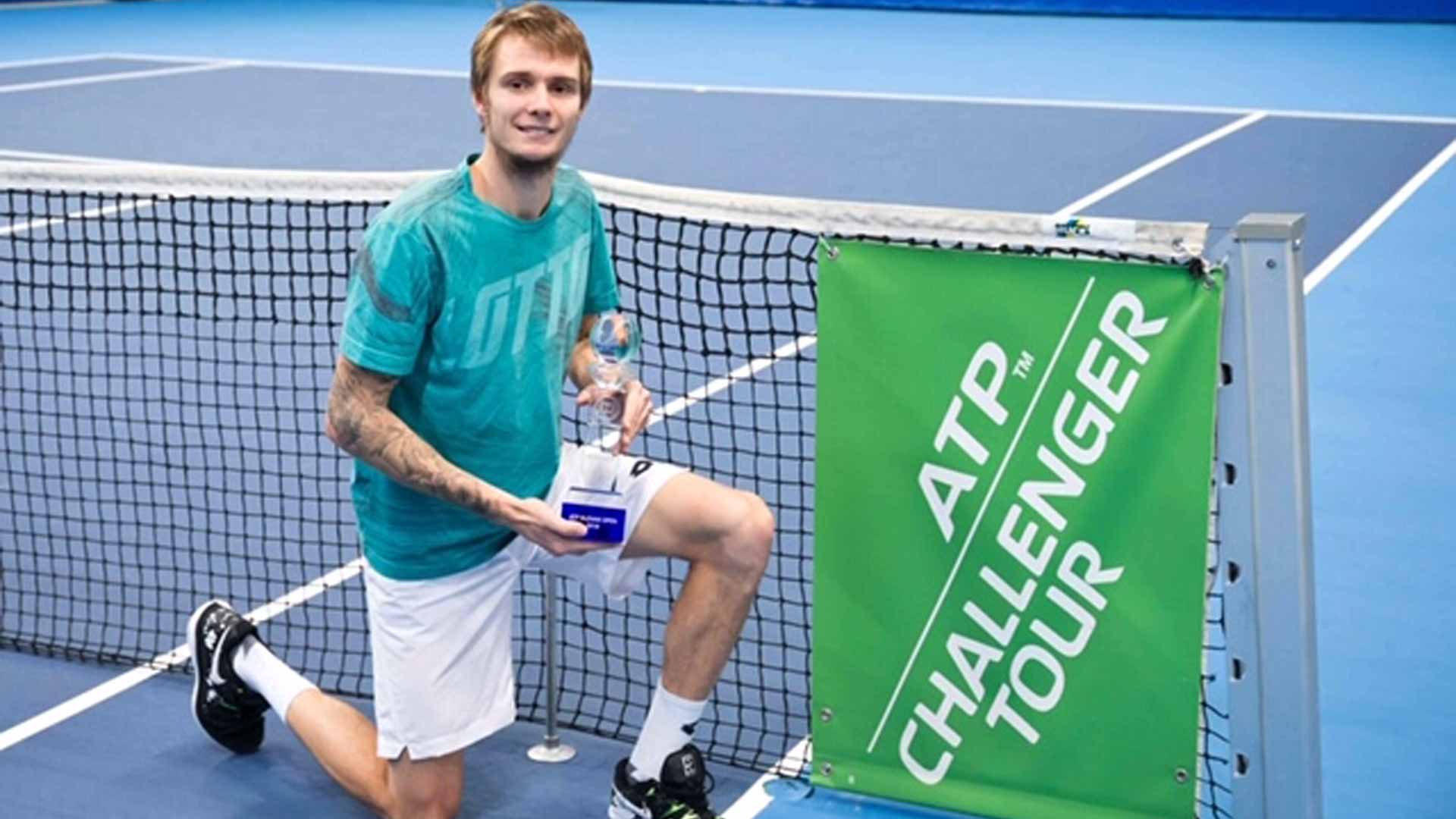 Internationaux de Tennis de Vendee (Mouilleron-le-Captif, France): Elias Ymer successfully defended his title on the indoor hard courts of Mouilleron-le-Captif, ousting Yannick Maden 6-3, 7-6(5) on Sunday. It was déjà vu for tennis fans in the French city, as Ymer defeated Maden in the final for the second straight year.

Ymer became the second repeat champion on the ATP Challenger Tour in 2018, joining Felix Auger-Aliassime, who retained the title in Lyon, France in June. Not only is it his second straight victory at the prestigious €85,000 event, but he improved to 5-0 in Challenger finals. It marks the fourth straight year in which the 22-year-old Swede has lifted a trophy on the circuit.

"It feels very good. It's the first time in my career that I've defended a title," said Ymer. "It means a lot to me because I've never done it before. I like the surface here and he beat me the last time in Rennes, so I knew that if you don't play your best tennis he is going to beat you. I was very strong today, especially in the tie-break when I won five points in a row. I was very aggressive and it paid off."

Ymer has been plotting his Top 100 breakthrough since rising to No. 105 in June. Currently at No. 132 in the ATP Rankings, he will enter the final two weeks of the season - in Bangalore and Pune - looking to surpass that career-high mark. 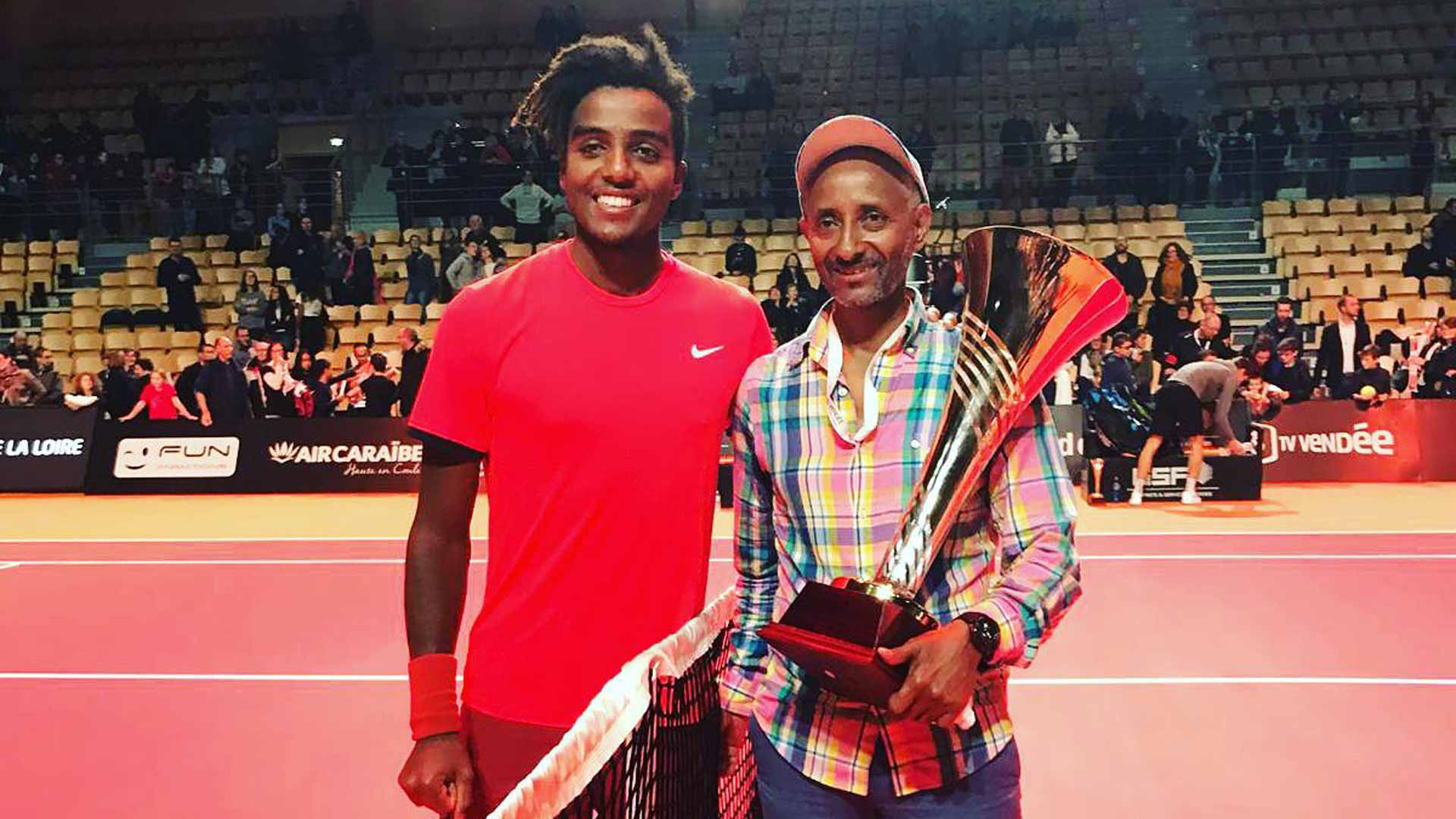 Elias Ymer celebrates his successful title defence in Mouilleron-le-Captif with his father Wondwosen.

Knoxville Challenger (Knoxville, Tennessee, USA): Reilly Opelka is quietly making a significant charge towards a Top 100 debut. The 21-year-old American entered the US Open at No. 173 in the ATP Rankings, and he is now projected to rise to a career-high No. 116 following his latest title in Knoxville.

Opelka was a machine all week on the campus of the University of Tennessee, not dropping a set en route to the final. There, he overcame a stern test from countryman Bjorn Fratangelo, eventually prevailing in a deciding tie-break 7-5, 4-6, 7-6(2). He fired 26 aces in one hour and 59 minutes.

In five tournaments since the US Open, he has reached a pair of finals in Chicago and Cary and claimed a championship in Knoxville. It has been a career-year for the rising Michigan native, who also added a clay-court crown in Bordeaux, France, in May. He is the sixth player to win on both clay and hard in 2018 and the 15th American champion in total.

The 🇺🇸 captures his second #ATPChallenger title of the year, becoming the sixth player to win on both clay and hard in 2018. 👏 pic.twitter.com/OuhWN9YQ9n

Uruguay Open (Montevideo, Uruguay): Persistent rain washed out semi-final action on Saturday, forcing the remaining players to win a pair of matches on Sunday to lift the trophy. That's exactly what Guido Pella did. The 2015 champion added a second title on the clay of Montevideo, rallying from a set down to defeat Pedro Sousa before overcoming countryman Carlos Berlocq 6-3, 3-6, 6-1 for the championship.

Pella enters his home tournament in Buenos Aires with a surge of momentum as he seeks a return to the Top 50 of the ATP Rankings. The Argentine improved to a dominant 13-2 in Challenger finals. Moreover, it marks the second straight year in which he has lifted a trophy on the ATP Challenger Tour and reached an ATP World Tour title match. He finished runner-up to Marco Cecchinato on the clay of Umag in July.

A LOOK AHEAD
After nearly 11 months, we have arrived at the penultimate week of the season. Five tournaments will be held on three continents, with a pair of American events in Houston and Champaign, the final clay-court event in Buenos Aires, as well as a $150,000 event in Bangalore, India, and a $50,000 event in Kobe, Japan.

At the inaugural Oracle Challenger Series Houston, Tennys Sandgren is the top seed and is joined by Bradley Klahn and Ivo Karlovic. On the indoor hard courts of Champaign, two-time champion Henri Laaksonen (2015-16) is seeded fifth, while Opelka bids for a second victory in as many weeks.

In Buenos Aires, top seed Guido Andreozzi eyes a fifth title of the year, while fellow home hopes Renzo Olivo (2016) and Carlos Berlocq (2011) enter as the only former champions in the field.