A LOOK BACK
The Hague Open (Scheveningen, Netherlands): Thiemo de Bakker has waited years for this moment. In 2010, the Dutchman rose to a career-high No. 40 in the ATP Rankings, but a series of setbacks including chronic back and shoulder issues would derail De Bakker's ascent.

That is, until now. The 29-year-old claimed his 11th ATP Challenger Tour title and first since 2015, lifting the trophy on home soil in Scheveningen. After starting the year outside the Top 400, the 29-year-old has climbed to No. 238 in the ATP Rankings.

It was a well deserved victory for De Bakker, as he continues to plot his comeback on the Challenger circuit. He dominated the latter stages of the tournament, dropping a combined eight games in the semi-finals and final, capped by a 6-2, 6-1 rout of top seed Yannick Maden. Earlier in the week, he rallied from a set down on two occasions, upsetting second seed Adam Pavlasek and denying Italy's Alessandro Giannessi.

The local hero, who was born in The Hague, is the 10th Dutchman to triumph on home soil.

It's Thiemo's time!@Thiemodebakker is the champion in Scheveningen, taking the title 62 61 over top seed Yannick Maden

President's Cup (Astana, Kazakhstan): Competing in his 30th ATP Challenger Tour main draw, Austria's Sebastian Ofner finally made his big breakthrough. The 22-year-old lifted his first trophy at the $125,000 event in Astana, ousting Daniel Brands 7-6(5), 6-3 in Sunday's final. Ofner, who dropped just one set all week, rises to No. 151 in the ATP Rankings.

World No. 8 Dominic Thiem has carried the flag for Austria in recent years, and the European nation has much to look forward to with Ofner and #NextGenATP star Jurij Rodionov. Both Ofner and Rodionov have lifted their first Challenger crowns this year, with both coming in Kazakhstan. 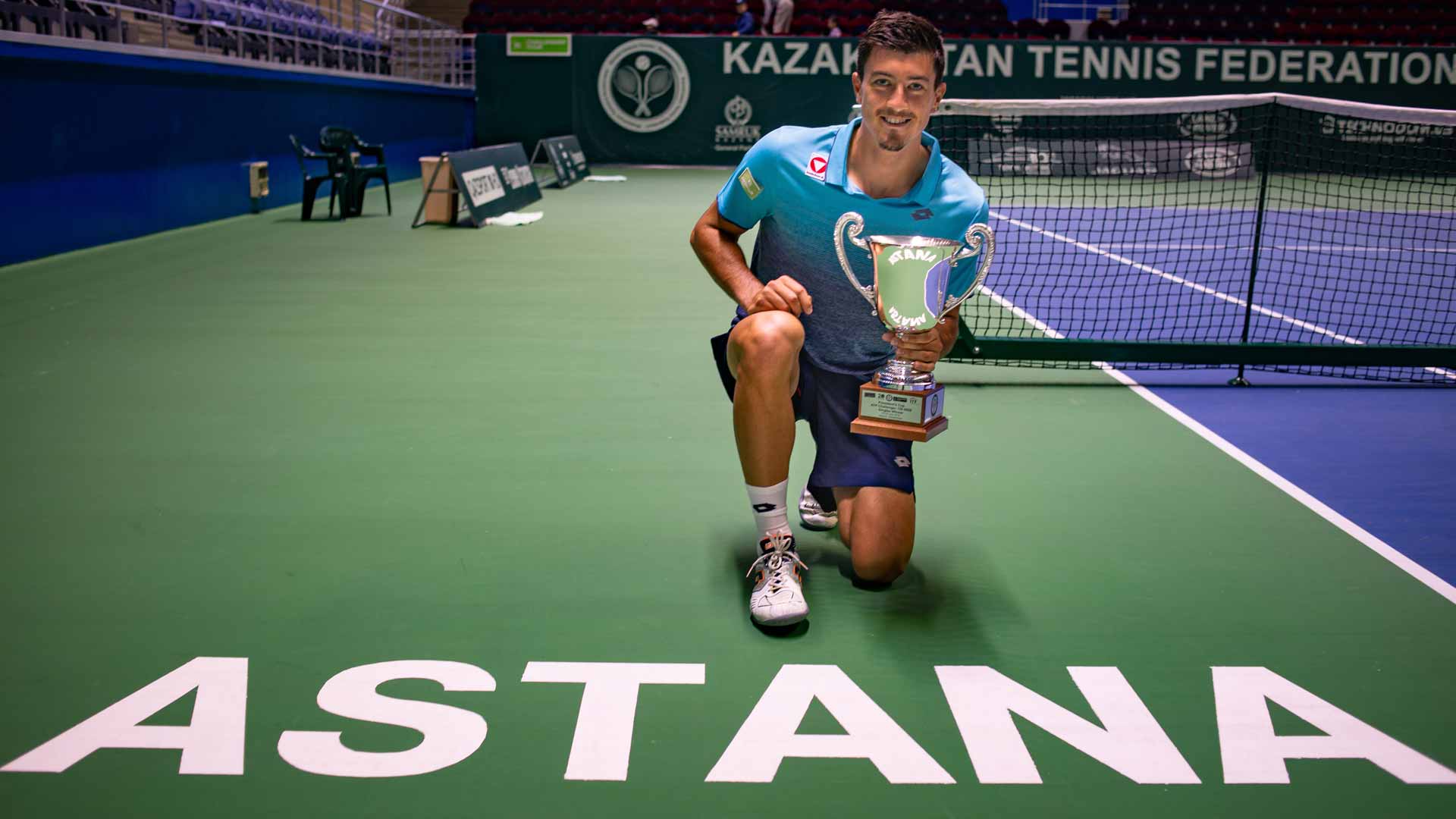 Challenger Banque Nationale de Gatineau (Gatineau, Canada): The $75,000 event in Gatineau crowned its third champion on Sunday, with American Bradley Klahn celebrating a return to the winners' circle. The former World No. 63 is on a tear in recent months as he looks to return to the Top 100 following years of injury problems.

Klahn lifted his first trophy in four years with a 6-3, 7-6(5) win over 20-year-old Frenchman Ugo Humbert. It was his seventh Challenger title in total.

The California native, who sat on the sidelines for 21 months in 2015-16 after undergoing back surgery, is returning to his top form this year. Also a finalist in Newport Beach, he most recently reached the second round at Wimbledon as a qualifier. Klahn is now up to No. 122 in the ATP Rankings.

San Benedetto Tennis Cup (San Benedetto del Tronto, Italy): Ofner wasn't the only first-time winner of the week. Colombia's Daniel Elahi Galan also notched his maiden ATP Challenger Tour title on Sunday, triumphing on the clay of San Benedetto, Italy. He defeated Sergio Gutierrez-Ferrol 6-2, 3-6, 6-2 on Sunday. Galan, age 22, is the first titlist from the South American nation since 2016. The highest-ranked Colombian is up to a career-high No. 166 in the ATP Rankings.

A LOOK AHEAD
There are five tournaments this week in Europe and North America. At the $100,000 event in Granby, Canada, Pierre-Hugues Herbert is the top seed, while Jordan Thompson leads the pack in Binghamton, USA.

Meanwhile, on the clay of Europe, the longest-running Challenger celebrates its 37th edition in Tampere, Finland. Hugo Dellien is the top seed, with Scheveningen champion Thiemo de Bakker opening against #NextGenATP star Nicola Kuhn. In Prague, Yannick Maden leads the pack, while Gerald Melzer is the top seed at the inaugural tournament in Padua, Italy.