Josh Meiseles
This article contains:
Revisit the week that was on the ATP Challenger Tour, as we applaud the achievements of those on the rise and look ahead to who’s in action in the week to come

A LOOK BACK
Internazionali d'Abruzzo (Francavilla al Mare, Italy): Welcome to the winners' circle, Gianluigi Quinzi! Five years after ascending to junior No. 1, the Italian celebrated a breakthrough at the pro level, claiming his maiden ATP Challenger Tour title on Sunday. Quinzi defeated Casper Ruud 6-4, 6-1 in just 71 minutes on home soil in Francavilla al Mare to lift the trophy.

The win comes six months after Quinzi earned a coveted spot at the Next Gen ATP Finals in Milan, having won a qualifying competition for the eighth and final berth. The 22-year-old has carried the momentum into 2018, also notching a pair of Futures titles early in the year. He will jump 82 spots to No. 265 in the ATP Rankings on Monday.

Torneo Challenger Leon (Leon, Mexico): From one first-time winner to another. As Christopher Eubanks blasted a service winner on his first championship point, the elated American fell to the court at the Club Campestre de Leon. The celebration was on.

One week after finishing runner-up in his first Challenger final  in Guadalajara, Eubanks went one step further in Leon. The former Georgia Tech University star edged John-Patrick Smith 6-4, 3-6, 7-6(4) in two hours and seven minutes for his maiden crown on Sunday. Eubanks, who turns 22 in one week, kicked off his pro career in November and is already inside the Top 200, rising to a career-high No. 184 with the title. 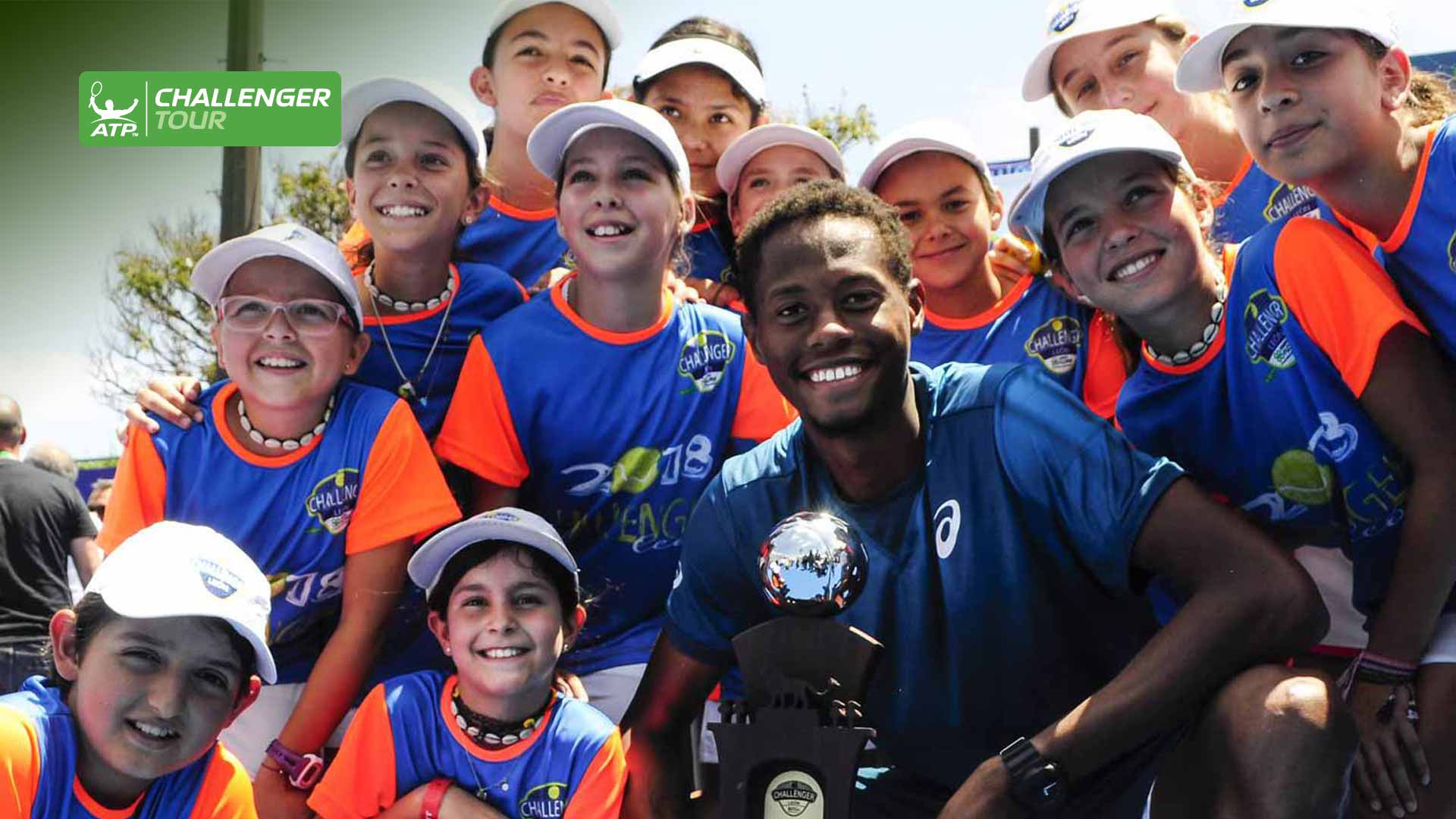 Kunming Open (Anning, China): If two first-time winners aren't enough, India's Prajnesh Gunneswaran is here to join the party. The 28-year-old rallied past Mohamed Safwat 5-7, 6-3, 6-1 for his maiden ATP Challenger Tour crown on the clay of Anning. Gunneswaran, who is also pursuing a degree in business in Germany, was all business in beating Safwat, converting seven of 13 break points for the title.

Safwat, meanwhile, was bidding to become the first Egyptian to win a Challenger title since Tamer El Sawy in 1996.

What a week for Prajnesh Gunneswaran in Anning, taking his maiden #ATPChallenger 🏆

The 🇮🇳 completes a 57 63 61 comeback over Mohamed Safwat for the title pic.twitter.com/wxRx0VPFme

Tallahassee Tennis Challenger (Tallahassee, Florida, USA): In one of the more thrilling finals on the ATP Challenger Tour, Noah Rubin survived a stern test from #NextGenATP Aussie Marc Polmans on Saturday afternoon in Tallahassee. Rubin prevailed 6-2, 3-6, 6-4 to take the fourth title of his young career and first on clay.

You May Also Like: Rubin Celebrates First Clay Crown In Tallahassee

The New York native joins Marcelo Arevalo and Quentin Halys as players to win on both clay and hard this year. With the win, he also celebrates a return to the Top 200 of the ATP Rankings. Read more about Noah's victory.

In Ostrava, Czech Republic, Ruben Bemelmans and Sergiy Stakhovsky lead the pack, while a pair of tournaments celebrate their inaugural editions in Glasgow, UK and Puerto Vallarta, Mexico. Lukas Lacko is the top seed at the Glasgow Trophy, while Christopher Eubanks looks to continue the momentum on Mexican soil in the resort town of Puerto Vallarta.

The ☀ sets on the eve of main draw play in Puerto Vallarta. Mariachi music and 🎾.