A LOOK BACK
Calgary National Bank Challenger (Calgary, Canada): Ivo Karlovic is seeking a late-career resurgence as the former World No. 14 makes one last push to return to the Top 100 of the ATP Rankings. On Sunday, the 'ace king' took a big step towards achieving that goal, reigning at the $75,000 event in Calgary, Canada.

At 39 years and seven months, Karlovic etched his name in the record books in the process, becoming the oldest winner in ATP Challenger Tour history. Dick Norman previously held the honour for nearly a decade, having prevailed in Mexico City in 2009 at the age of 38 years and one month.

Karlovic defeated Jordan Thompson 7-6(3), 6-3 to clinch the 16th title of his career (ATP World Tour & ATP Challenger Tour combined). He fired a total of 126 aces on the indoor hard courts of Calgary. The Croatian, who also reached the final two weeks ago in Monterrey, Mexico, is up 13 spots to No. 108 in the ATP Rankings.

"It was a very difficult match," said Karlovic. "He was serving very well. Not as hard, but a good placement. But at the end of the match, I was able to control it. It has been an excellent week. I enjoyed it a lot here and had a great experience. This tennis centre is unbelievable."

Yinzhou International Men's Tennis (Ningbo, China): In 2018, a total of 12 tournaments are held in China. This week, the final swing of the year commenced at the star-studded $150,000 event in Ningbo. Third seed Thomas Fabbiano lifted the trophy on Sunday, defeating Prajnesh Gunneswaran 7-6(4), 4-6, 6-3 in two hours and 55 minutes. Persistent rain showers forced the final to be moved indoors. It was the Italian's sixth Challenger title and first of the year.

While Fabbiano emerged with the trophy, a slew of budding #NextGenATP stars captured the headlines during the week. Fifth seed Miomir Kecmanovic reached the semis, while Norway's Viktor Durasovic stunned fellow 21-year-old Hubert Hurkacz to advance to his first Challenger quarter-final. And 20-year-old Korean Yunseoung Chung saved two match points in a first-round win and one more to book a quarter-final berth. 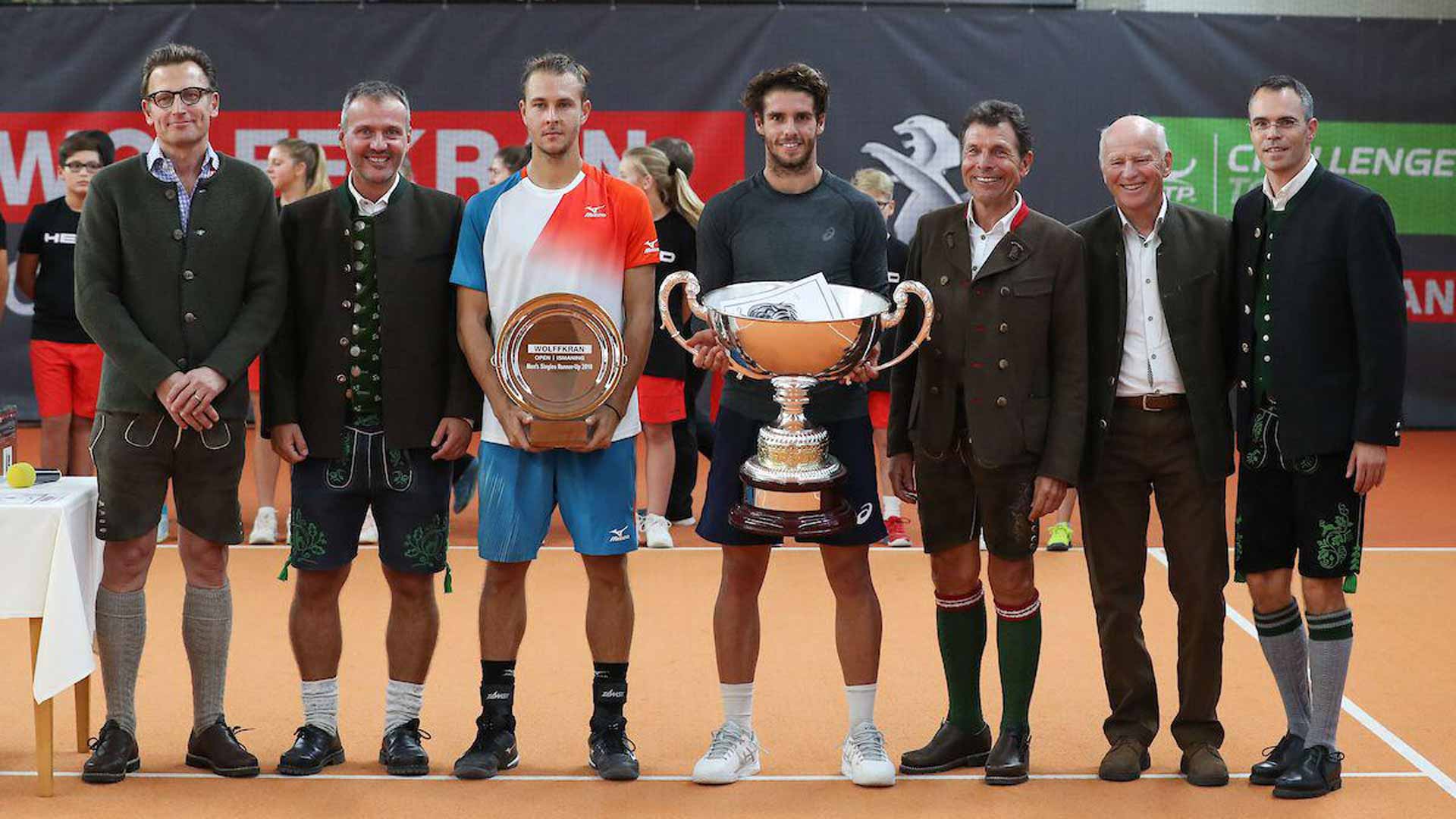 A LOOK AHEAD
It's the first of two weeks with five tournaments on five continents: North America, South America, Europe, Asia and Australia.

The final week in the ATP Race To Milan is upon us and three contenders are in action in Brest, France. Jaume Munar, Ugo Humbert and Michael Mmoh are Nos. 8-10 in their quests to qualify for the Next Gen ATP Finals. All are seeded in Brest.

You May Also Like: Get To Know 2018 Newcomer Nominees

Meanwhile, the first of a four-week U.S. swing begins in Las Vegas. Defending champion Stefan Kozlov is in action, along with top seed and fellow #NextGenATP Lloyd Harris.

On the clay of Lima, Peru, the South American clay-court swing begins. Gerald Melzer looks to repeat as champion, while Pablo Cuevas leads the field. From Lima, the swing moves to Ecuador, Uruguay and Argentina.

And in Traralgon, Australia, the summer of Aussie tennis kicks off with the traditional two-week October swing. One year ago, Jason Kubler launched his incredible rise to the Top 100 of the ATP Rankings with the title on home soil. This year, the Comeback Player of the Year nominee is the top seed in his quest to retain the crown.

And finally, in Liuzhou, Fabbiano looks to go back-to-back on Chinese soil. He is joined by Radu Albot, Ramkumar Ramanathan and 19-year-old Miomir Kecmanovic, who won his maiden title exactly one year ago in nearby Suzhou.