David Ferrer claims the title at the ATP Challenger Tour event in Monterrey.

A LOOK BACK
Abierto GNP Seguros (Monterrey, Mexico): Next year, David Ferrer will write the final chapter of his storied career, as the former World No. 3 hangs up his racquet after 18 illustrious seasons. On Sunday, the Spaniard made a statement in his last tournament of 2018, lifting the trophy at the ATP Challenger Tour event in Monterrey.

In what was the oldest final in Challenger history, the 36-year-old Ferrer ousted 39-year-old Ivo Karlovic 6-3, 6-4, not facing a break point throughout the 69 minute encounter. It was the sixth meeting between the two veterans (Ferrer leads 5-1) and first outside of the ATP World Tour.

You May Also Like: A Game Of Inches: Ivo Meets His Match In Monterrey

Ferrer, who improved to 6-0 in finals on the Challenger circuit, has now lifted a combined 33 trophies between the ATP World Tour and ATP Challenger Tour. He was a force all week long at the Club Sonoma, dropping just one set and earning the appreciation of the Monterrey faithful with his tenacity and relentless aggression.

Karlovic, meanwhile, is hoping to give one last push to return to the Top 100 of the ATP Rankings. He rises to No. 118 after becoming the oldest player to reach a Challenger final at 39 years, 7 months. He smashed the record by nearly a year, with Ruben Ramirez Hidalgo previously reaching the 2016 Qingdao final at the age of 38 years, 8 months.

In his final tournament of 2018, @DavidFerrer87 walks off the court a champion.

The 🇪🇸 reigns in Monterrey, ousting Ivo Karlovic 63 64 for the @Abierto_GNP title. pic.twitter.com/iEWrOxrxoO

Campeonato Internacional de Tenis (Campinas, Brazil): Chile's Christian Garin streaked to his second ATP Challenger Tour title in convincing fashion on Sunday. The 22-year-old was nearly flawless in reeling off 10 sets in a row to lift the trophy in front of a sold-out crowd in Campinas.

The second-highest ranked Chilean, Garin rises to a career-high No. 121 in the ATP Rankings. His return to the winners' circle was worth the wait, as he earned his first victory in nearly two years (Lima 2016).

Brazil's lone tournament on the circuit was a party from start to finish, as fans flooded the Sociedade Hipica de Campinas all week to catch the future of men's tennis. Top seed Pablo Cuevas was stunned by 20-year-old Ulises Blanch in the first round and US Open junior champ Thiago Seyboth Wild continued his transition to the pros, as the Brazilian teen reached his first Challenger quarter-final. 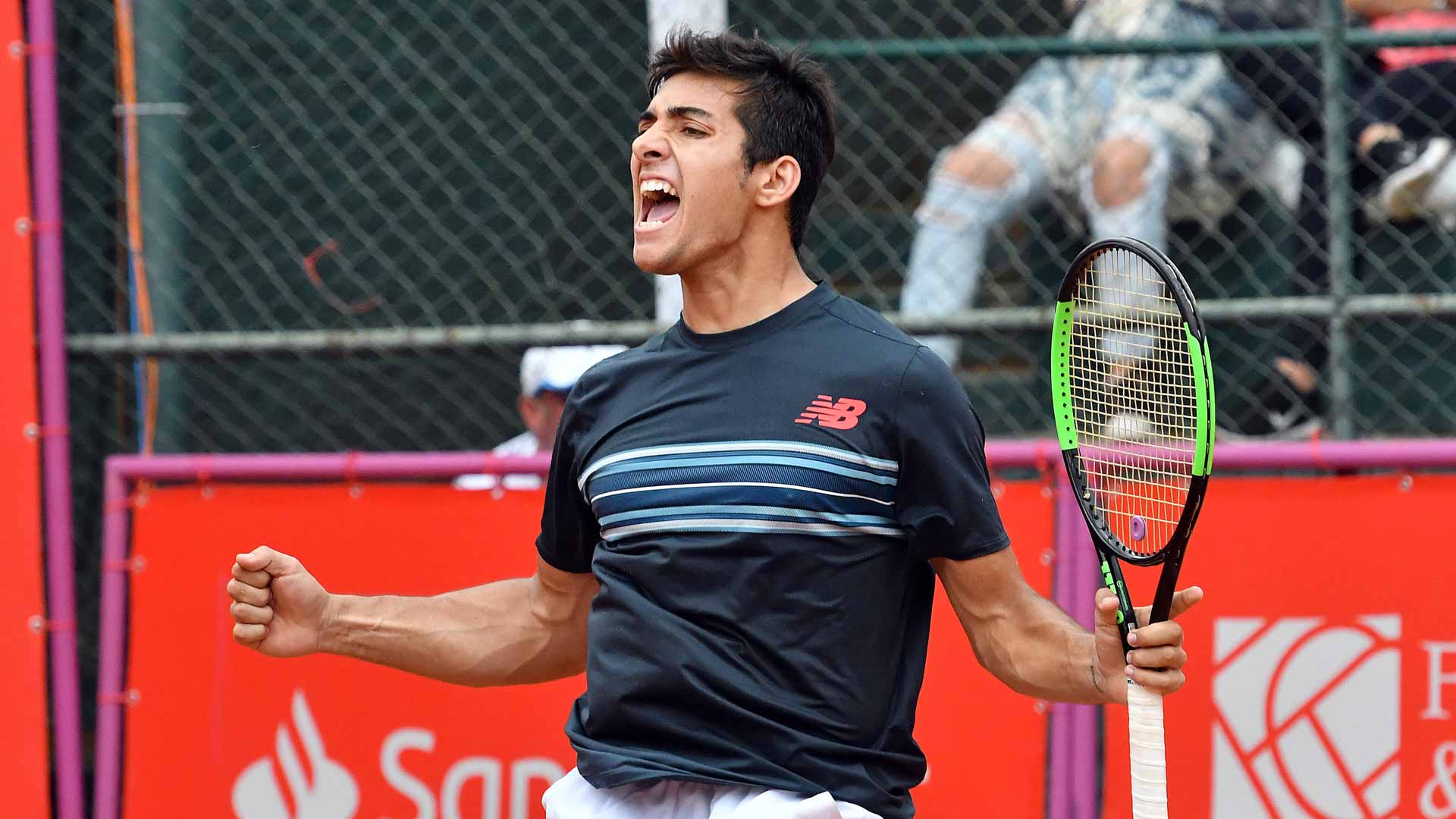 And most importantly, Harris is up to a career-high No. 113 in the ATP Rankings and rises four spots to 10th in the ATP Race to Milan. Having resided in 20th place prior to his triumph in Lexington, he is now firmly in contention to qualify for the Next Gen ATP Finals.

🇿🇦 @lloydharris63 is the champion in Stockton, claiming his second #ATPChallenger title of the year with a 62 62 win over Polmans.

Joins Jaume Munar and Michael Mmoh as #NextGenATP with multiple 🏆 in 2018 pic.twitter.com/YSnqY9k0yl

Firenze Tennis Cup (Florence, Italy): Pablo Andujar has fast become a strong candidate for Comeback Player of the Year in the ATP World Tour Awards presented by Moët & Chandon. Eight months ago, the 32-year-old was sitting outside the Top 1800 as he began his comeback from multiple elbow surgeries.

But now, Andujar is back and looking stronger than ever. On Sunday, the former World No. 32 notched his second ATP Challenger Tour title of the year, beating Marco Trungelliti 7-5, 6-3 at the inaugural tournament in Florence, Italy. In fact, he earned two wins in one day to lift the trophy after rain washed out Saturday's semi-finals. He rises to the precipice of a Top 100 return, soaring to No. 103 in the ATP Rankings. Considering where the Spaniard was at the start of the year, it is truly remarkable what he is achieving.

Almaty II Challenger (Almaty, Kazakhstan): Three players became multiple winners on the ATP Challenger Tour this week, as Denis Istomin joined Harris and Andujar with his second title of 2018. The Uzbek rallied past Nikola Milojevic 6-7(4), 7-6(5), 6-2 in a marathon two hours and 41 minutes to prevail in Almaty.

Istomin added to his victory at the $150,000 event in Chicago, earning consecutive comeback wins to triumph. The 32-year-old returns to the Top 100, rising 16 spots to No. 87 in the ATP Rankings. 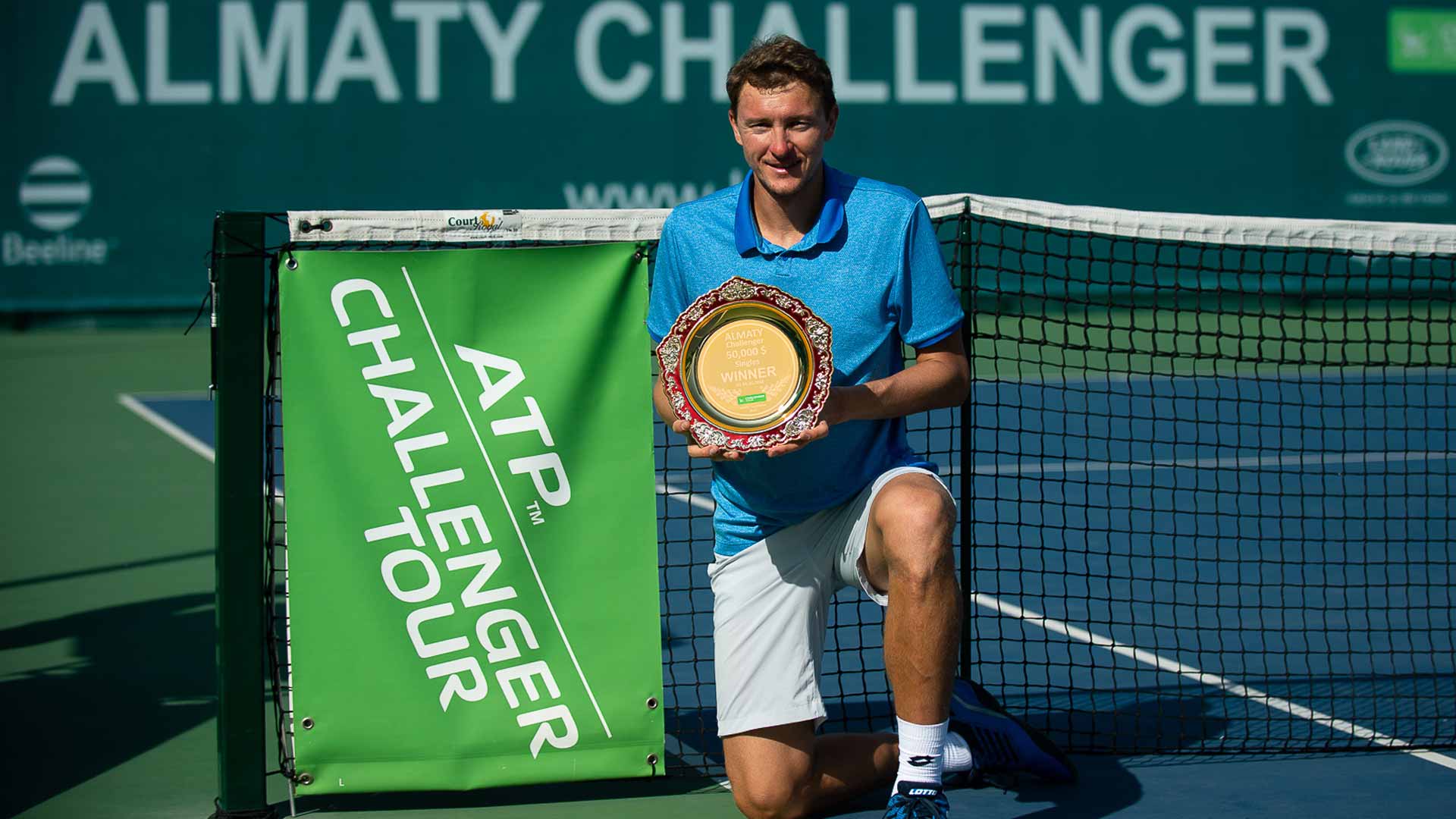 A LOOK AHEAD
There are five tournaments on three continents coming up, with the $125,000 Milex Open in Santo Domingo highlighting the slate. Defending champion Victor Estrella Burgos will face second seed Federico Delbonis in a blockbuster opening round encounter.