Yannick Hanfmann lifts the trophy at the inaugural Challenger in Augsburg, Germany.

A LOOK BACK
Schwaben Open (Augsburg, Germany): It's safe to say that Yannick Hanfmann loves to play at home in Germany. The 27-year-old powered to his fifth ATP Challenger Tour title and fourth on home soil on Sunday, triumphing in Augsburg. Hanfmann prevailed in dramatic fashion, saving three championship points to overcome Finland's Emil Ruusuvuori 2-6, 6-4, 7-5.

It was another memorable week for the former University of Southern California standout. Hanfmann improved to 4-0 in finals in Germany, adding to victories in Ismaning in 2017, Braunschweig last year and Ludwigshafen last month. Most importantly, he rises nearly 50 spots in the ATP Rankings to No. 187. One year after cracking the Top 100, he is on the rise once again following an elbow injury.

“It was really close today,” Hanfmann told Tennis TourTalk. “Emil is a great player with a bright future ahead. I am looking forward to many more matches to come. Maybe I stayed more calm, but the match could have gone either way. I am really happy. I really enjoy playing in front of my home crowd. It can give you some extra boost in the decisive moments."

For Ruusuvuori, it was another impressive week on the Challenger circuit. The 20-year-old is making a splash in his first full season on tour, reaching his second Challenger final. Two months ago, he lifted his first trophy in Fergana, Uzbekistan.

Yokkaichi Challenger (Yokkaichi, Japan): Hanfmann wasn't the only one to benefit from the home crowd support this week. Yuichi Sugita has been a man on a mission this summer and he would once again lift a Challenger trophy. The Japanese celebrated his second title in three weeks, prevailing at the inaugural tournament in Yokkaichi.

Packed crowds proved to be the norm throughout the week in the Japanese city, as the public flocked to the Yokkaichi Tennis Center in droves. They were treated with a trio of home hopes in the semis, with Sugita defeating Aussie James Duckworth in a dramatic 3-6, 6-3, 7-6(1) final.

It's amazing what a little momentum can do for a player's confidence and Sugita has experienced that first-hand in recent weeks. After slipping outside the Top 270 just last month, the former World No. 36 has rediscovered his mojo in a hurry. The champion in Binghamton and runner-up in Chengdu, Sugita would rise to No. 133 in the ATP Rankings with his victory in Yokkaichi. Three finals and two titles in less than a month has the Japanese star soaring once again.

Yuichi Sugita survives James Duckworth in a deciding tie-break to take the crown in Yokkaichi, his second 🏆 in three weeks.#ATPChallenger title No. 11 for the 🇯🇵 pic.twitter.com/UUJDgu7e7B

Nordic Naturals Challenger (Aptos, California, USA): Since reaching his sixth ATP Tour final a year ago in Winston-Salem, Steve Johnson has endured a rough run of form. The American suffered a nine-match losing streak and fell from inside the Top 30 to No. 93 in the ATP Rankings. In search of rhythm and confidence, Johnson returned to the ATP Challenger Tour this week in sunny Aptos. It did not take long for him to find his form.

The California native prevailed in his backyard, streaking to the title without dropping a set all week. He ousted Dominik Koepfer 6-4, 7-6(4) in one hour and 39 minutes on Sunday for his first trophy of the year. It is not uncommon for top players to take a similar path as they look to rediscover their rhythm at the Challenger level. This year alone has seen Johnson, Kyle Edmund and Lucas Pouille all win titles on the circuit. The American will rise to No. 79 in the ATP Rankings and hopes to continue making progress next week in Vancouver.

Internazionali di Tennis Manerbio (Manerbio, Italy): Four tournaments this week, four home-grown champions. Italy's Federico Gaio prevailed in Manerbio on Sunday, clinching the title 6-3, 6-1 over top seed Paolo Lorenzi. Gaio rallied from a set down on three occasions during the week, before lifting his third Challenger crown in efficient fashion. It was his first title since 2016. 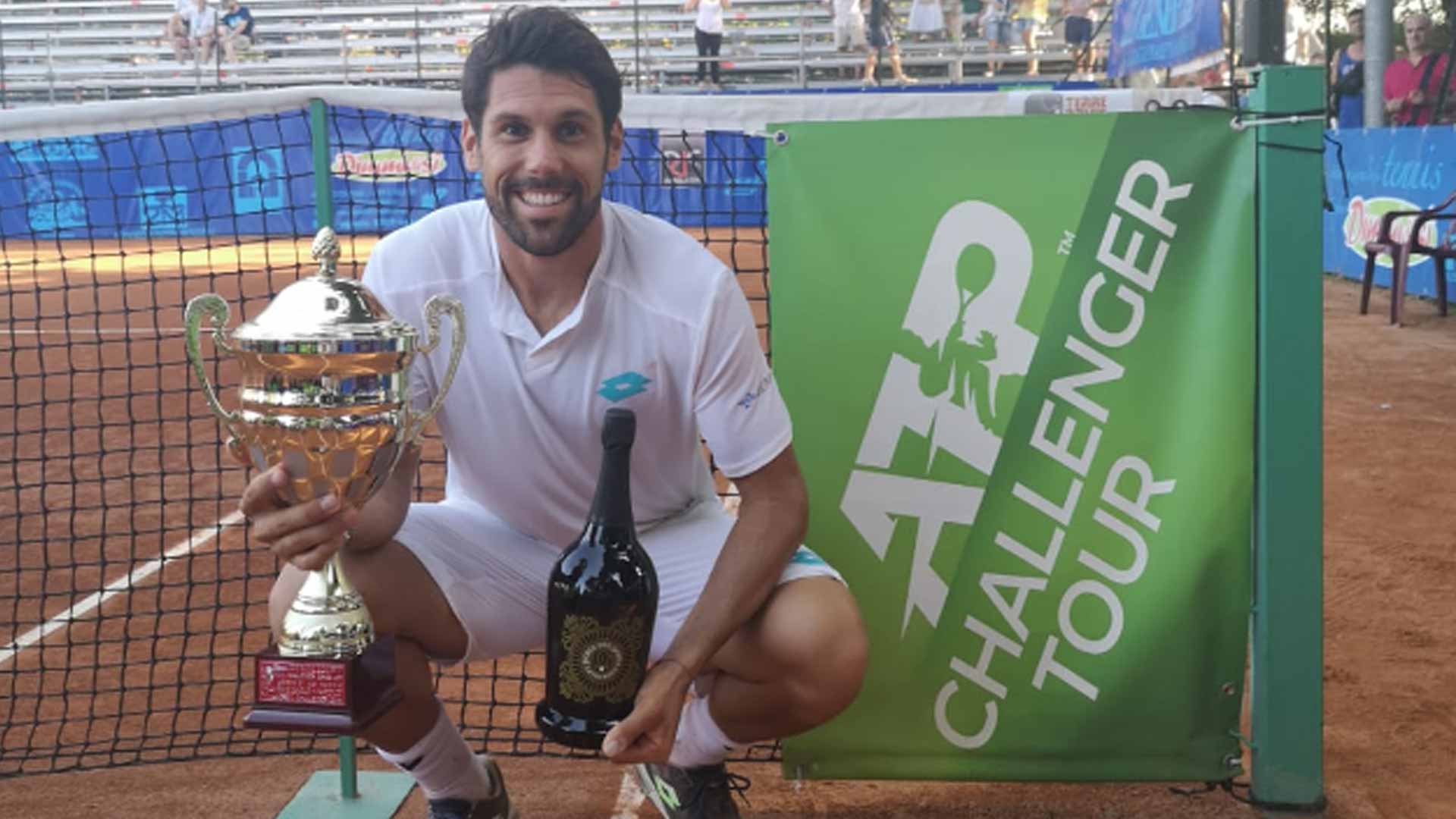 A LOOK AHEAD
The 2018 Tournament of the Year in Vancouver, Canada, is back. The Odlum Brown VanOpen returns for a 14th edition, with Ricardas Berankis as its top seed and Steve Johnson, Brayden Schnur, Thanasi Kokkinakis, Vasek Pospisil and Hyeon Chung also in action. Last year, it joined the NECKARCUP in Heilbronn, Germany and the Puerto Vallarta Open in Puerto Vallarta, Mexico as the three top tournaments on the Challenger circuit, as voted by the players.