Josh Meiseles
This article contains:
Revisit the week that was on the ATP Challenger Tour as we applaud the achievements of those on the rise and look ahead to the week to come...

A LOOK BACK
Cassis Open Provence (Cassis, France): To say Jo-Wilfried Tsonga turned in an efficient week in Cassis would be an understatement. The Frenchman did not drop a set all tournament, culminating in a 6-1, 6-0 rout of Dudi Sela for the title on Sunday. At just 43 minutes, it was the shortest completed final in ATP Challenger Tour history.

At the age of 34, Tsonga is targeting a return to his Top 10 form in his comeback from a knee injury. The World No. 65 has now won two titles on home soil this year, adding a Challenger crown in Cassis to his ATP 250 triumph at the Open Sud de France in Montpellier.

AON Open Challenger (Genova, Italy): Sunday was a day that Lorenzo Sonego will never forget. In fact, neither will anyone who attended the final in Genova. Sonego successfully defended his crown at the prestigious clay-court Challenger, surviving 20-year-old Alejandro Davidovich Fokina 6-2, 4-6, 7-6(6) in two hours and 46 minutes.

But it was the drama of the day that will be talked about for years to come at the Valletta Cambiaso Park. After a five-hour rain delay, the championship finally kicked off just before midnight local time. After a hard-fought, high-octane battle, Sonego would eventually raise his arms in triumph at 1:29am. Not only did he fight off four break points at 3-4 in the third set, but he stormed back from 0/4 down in the deciding tie-break.

"It's a great moment for me, for my career," said Sonego. "To win the same tournament in the same place is not easy. I like being here in Genova and I love this tournament."

World No. 49 Sonego is the first player to retain the Genova title in the 17-year history of the tournament. In going back-to-back, he joins Taylor Fritz (Newport Beach), Gregoire Barrere (Lille) and Pablo Andujar (Alicante) as repeat champions on the Challenger circuit this year.

Paul streaked to his biggest title without dropping a set, capped with a 6-3, 6-3 win over countryman Marcos Giron on Sunday. The 22-year-old American will crack the Top 100 with the victory, his third on the ATP Challenger Tour and second this year. Also the champion on the clay of Sarasota, he rises 22 spots to a career-high No. 92 in the ATP Rankings. 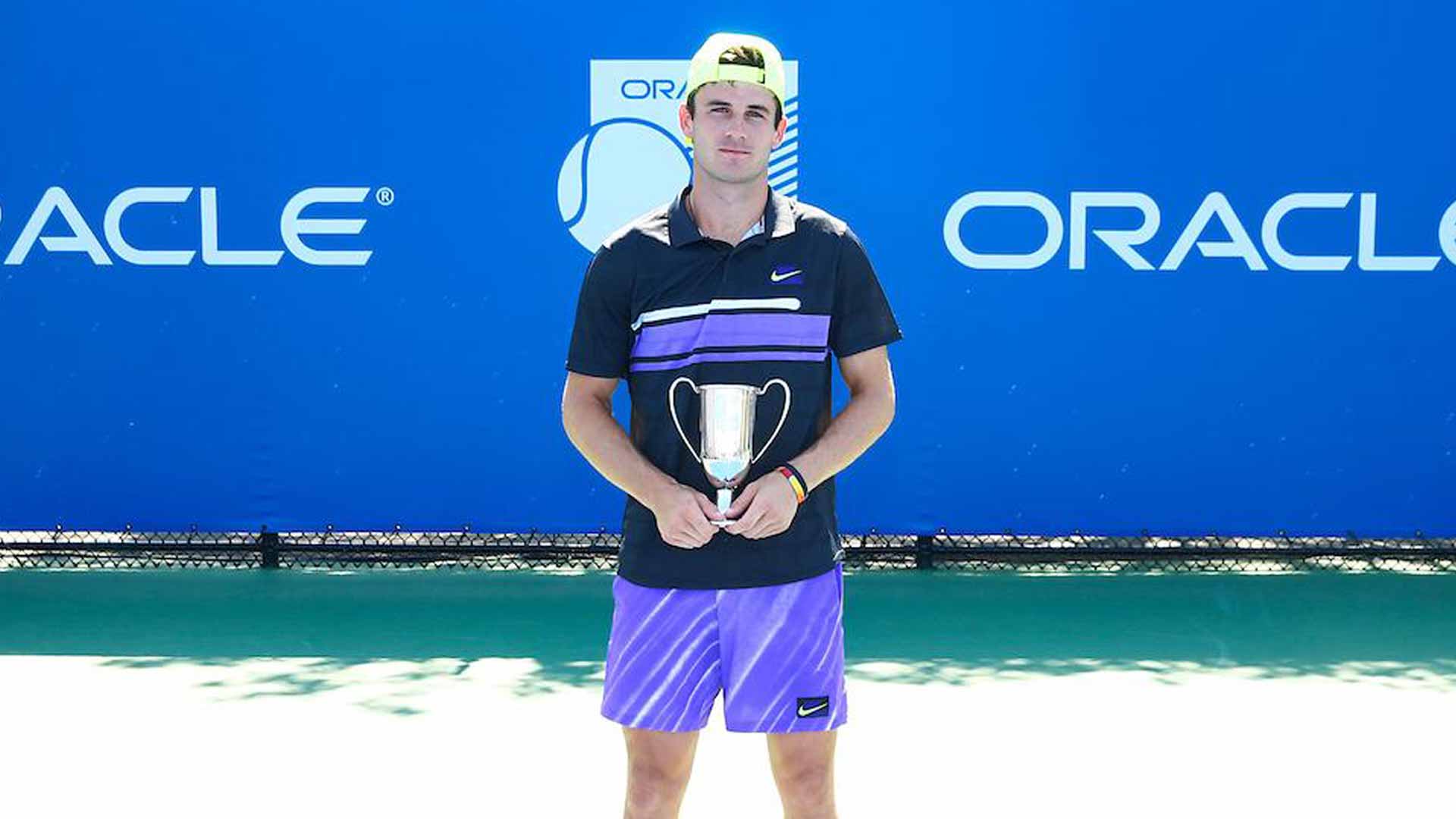 Jinan Open (Jinan, China): China has its newest Challenger champion. His name is Zhang Zhizhen. At the age of 22, the Shanghai native claimed his maiden title on home soil in Jinan. He triumphed 7-5, 2-6, 6-4 over Go Soeda on Sunday, marking the conclusion of a magical week.

Zhang, an unseeded wild card, was sitting at No. 397 in the ATP Rankings when he entered the week in Jinan. He would rise a staggering 170 spots to a career-high No. 227, becoming the fourth Chinese winner in Challenger history. All four have come in the past four years, with Wu Yibing, Zhang Ze and Wu Di the previous champions. 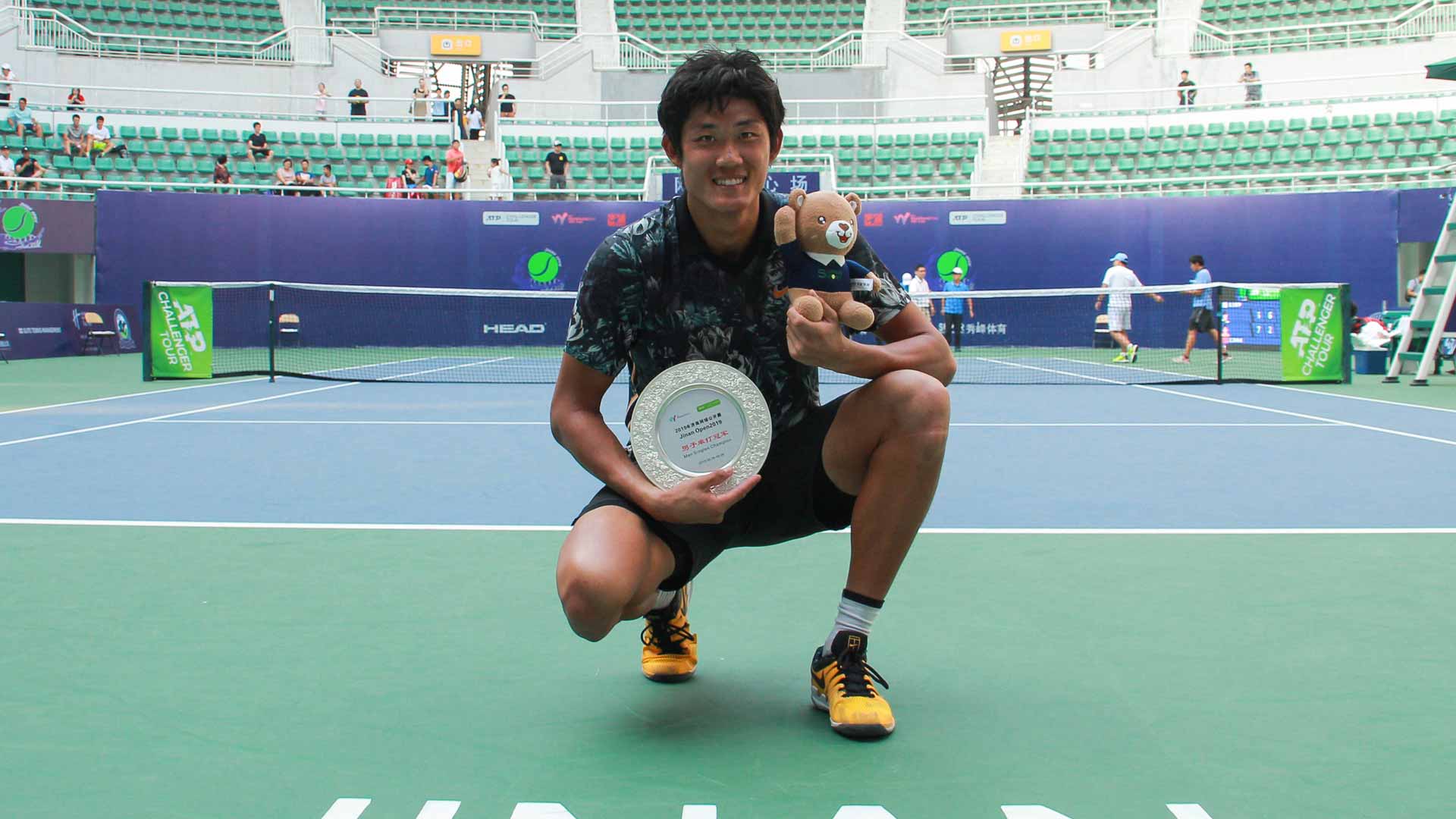 A LOOK AHEAD
A total of six tournaments in three continents highlight this week's slate. Guido Andreozzi is the defending champion at the Pekao Szczecin Open in Szczecin, Poland, with Albert Ramos-Vinolas, Marco Cecchinato and Philipp Kohlschreiber leading the charge.

At the 32nd edition of the Amex-Istanbul Challenger, Ugo Humbert leads the pack along with Marius Copil and Denis Istomin. And at the 29th edition of the Copa Sevilla, reigning titlist Kimmer Coppejans returns alongside top seed Jaume Munar.

In Shanghai, the Chinese swing continues with Prajnesh Gunneswaran leading the charge, while in Cary, North Carolina, Tommy Paul looks to go back-to-back on home soil. Andreas Seppi is the top seed there.

And in Banja Luka, Bosnia & Herzegovina, Robin Haase is the top seed, with Sumit Nagal also in the field. Just two weeks ago, Nagal battled Roger Federer on Arthur Ashe Stadium at the US Open, taking the first set in his Grand Slam debut.