A LOOK BACK
Chennai Open (Chennai, India): If this is a glimpse into the future of French tennis, the proud tennis nation is off and running. On Sunday, 19-year-old Corentin Moutet became the first teenager to win an ATP Challenger Tour title in 2019, prevailing in Chennai, India. He defeated Andrew Harris 6-3, 6-3 for the crown, needing one hour and 14 minutes to secure the silverware.

Moutet and fellow #NextGenATP Ugo Humbert are making significant statements on the Challenger circuit, with both Frenchmen claiming their third titles in recent months. In fact, Moutet has lifted a trophy in three straight seasons, becoming the first teenager to do so since Evgeny Korolev from 2005-07.

While 20-year-old Humbert is up to No. 86 in the ATP Rankings, Moutet is steadily pushing towards his Top 100 debut, rising to No. 131 with the Chennai title. He rallied from a set down in both the quarter-finals and the semi-finals, before ousting Harris in straight sets in the championship.

"I tried to do my best always and that is what I will do," said Moutet. "I have to continue to improve many aspects of my game and the ranking will come next. If I do my best, I will always move ahead."

Hungarian Challenger Open (Budapest, Hungary): Alexander Bublik was a man on a mission in Budapest. The Kazakh extended his perfect record in ATP Challenger Tour finals to 4-0, scoring his first title of the year with an efficient 6-0, 6-3 victory over Roberto Marcora on Sunday.

A former World No. 95, Bublik has clawed his way back to No. 144 in the ATP Rankings after suffering a broken ankle nearly a year ago at the BNP Paribas Open. He has now captured two titles in the past three months, soaring more than 100 spots in that span.

The 21-year-old rallied from a set down in both the second round and quarter-finals, before dropping a combined six games in the semis and final. Bublik is now 14-2 on the ATP Challenger Tour since the start of November. 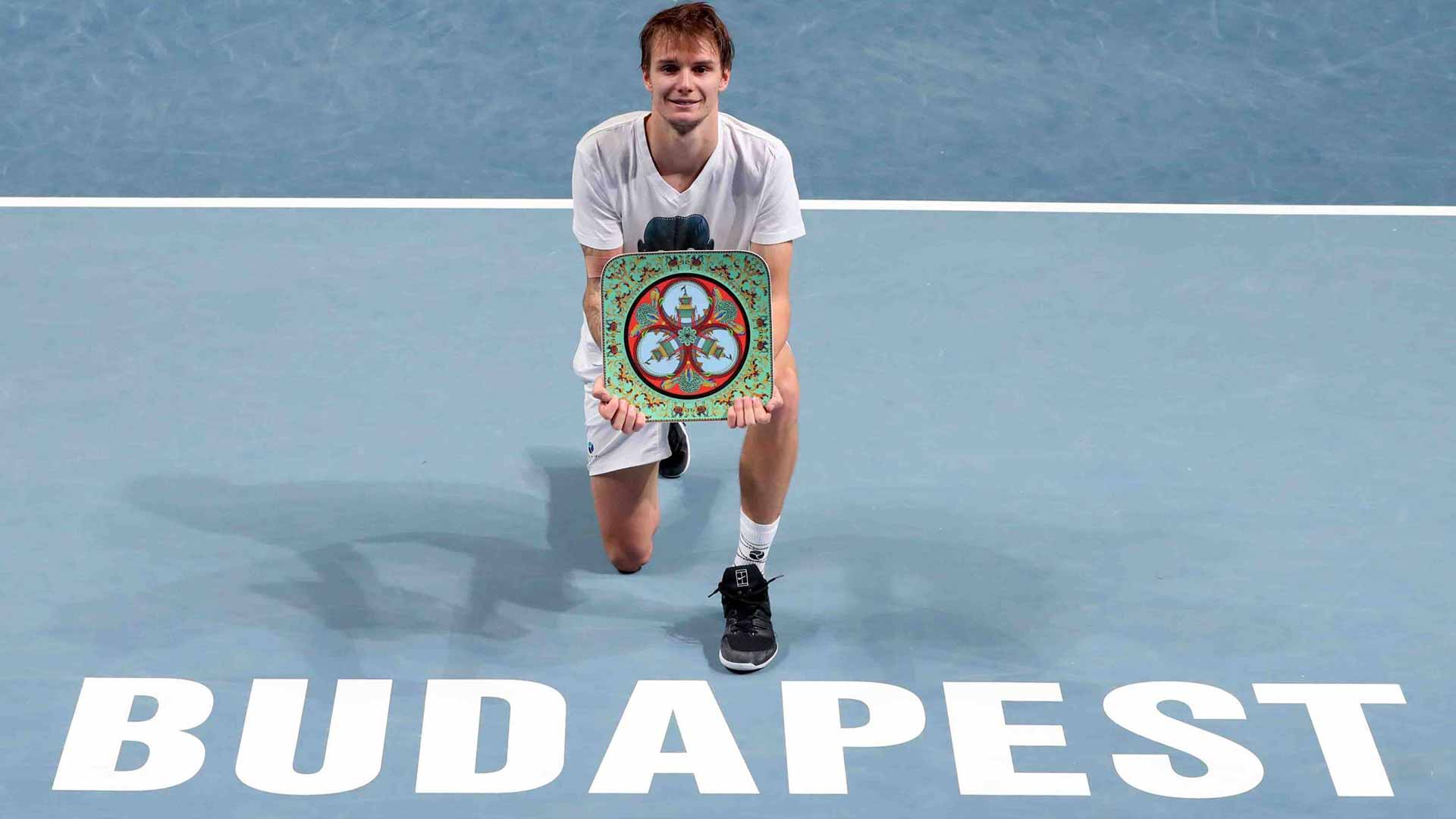 RBC Tennis Championships of Dallas (Dallas, Texas, USA): Mitchell Krueger captured his maiden ATP Challenger Tour title on Sunday at his hometown RBC Tennis Championships of Dallas. In front of his family and friends, the nearby Fort Worth native produced a dramatic display to raise the trophy. He rallied from a set and a break down to outlast Mackenzie McDonald 4-6, 7-6(3), 6-1 after two hours and three minutes.

The victory carried added signficance, considering Krueger was born and raised in the Dallas area and trained at T Bar M Racquet Club since he was nearly 10 years old. Now, the tournament has its first home grown champion in its 21st edition.

You May Also Like: Challenger Q&A: Krueger Claims Maiden Title In Dallas

A LOOK AHEAD
One of the longest-running tournaments on the ATP Challenger Tour, the Challenger La Manche returns to Cherbourg, France for a 26th edition. Home hope Ugo Humbert is the top seed, with 10th seed Alexander Bublik eyeing back-to-back crowns. Mathias Bourgue (2017) is the lone former champion in the field.