Josh Meiseles
This article contains:
Revisit the week that was on the ATP Challenger Tour and look ahead to who's in action in the week to come

A LOOK BACK
Challenger La Manche (Cherbourg, France): He opened the week as the top seed as finished as No. 1. Ugo Humbert blasted to the title on home soil in Cherbourg, rallying from a set down in both the semis and the final to lift the trophy. He overcame Mats Moraing on Saturday before storming back to defeat Steve Darcis 6-7(6), 6-3, 6-3 in the championship. At two hours and 23 minutes, it is the longest final thus far in 2019.

Humbert added a fourth ATP Challenger Tour title in total and first in his native France, adding to 2018 triumphs in Segovia, Ortisei and Andria. The #NextGenATP is the youngest Frenchman to claim a quartet of crowns since Richard Gasquet in 2003. At the age of 20, Humbert has firmly cemented himself in the Top 100, rising to a career-high No. 75 in the ATP Rankings.

Moreover, the Metz native surges five spots to fifth place in the ATP Race To Milan. Last year, he finished just outside the Top 7 automatic qualifiers, but he has made a strong early push to punch his ticket to the Next Gen ATP Finals in 2019.

On the other side of the net, Darcis continued his magical comeback from a debilitating elbow injury. Having missed the entire 2018 season, he is on fire in his return, reaching the semis at the season-opening ATP Tour stop in Pune and the final this week in Cherbourg. It was the first final for the former World No. 38 in nearly two years.

Jobtopgun Bangkok Open (Bangkok, Thailand): Third seed Henri Laaksonen gave Switzerland its first ATP Challenger Tour title in three years, surging to victory in the Bangkok final on Sunday. He ousted Dudi Sela 6-2, 6-4 in just 77 minutes. It was the first crown for the Swiss contingent since Laaksonen's previous victory in Champaign in 2016.

The 26-year-old rises to No. 121 in the ATP Rankings with the title. Considering he was on a 3-13 run entering the tournament, it was a much-needed week for Laaksonen. 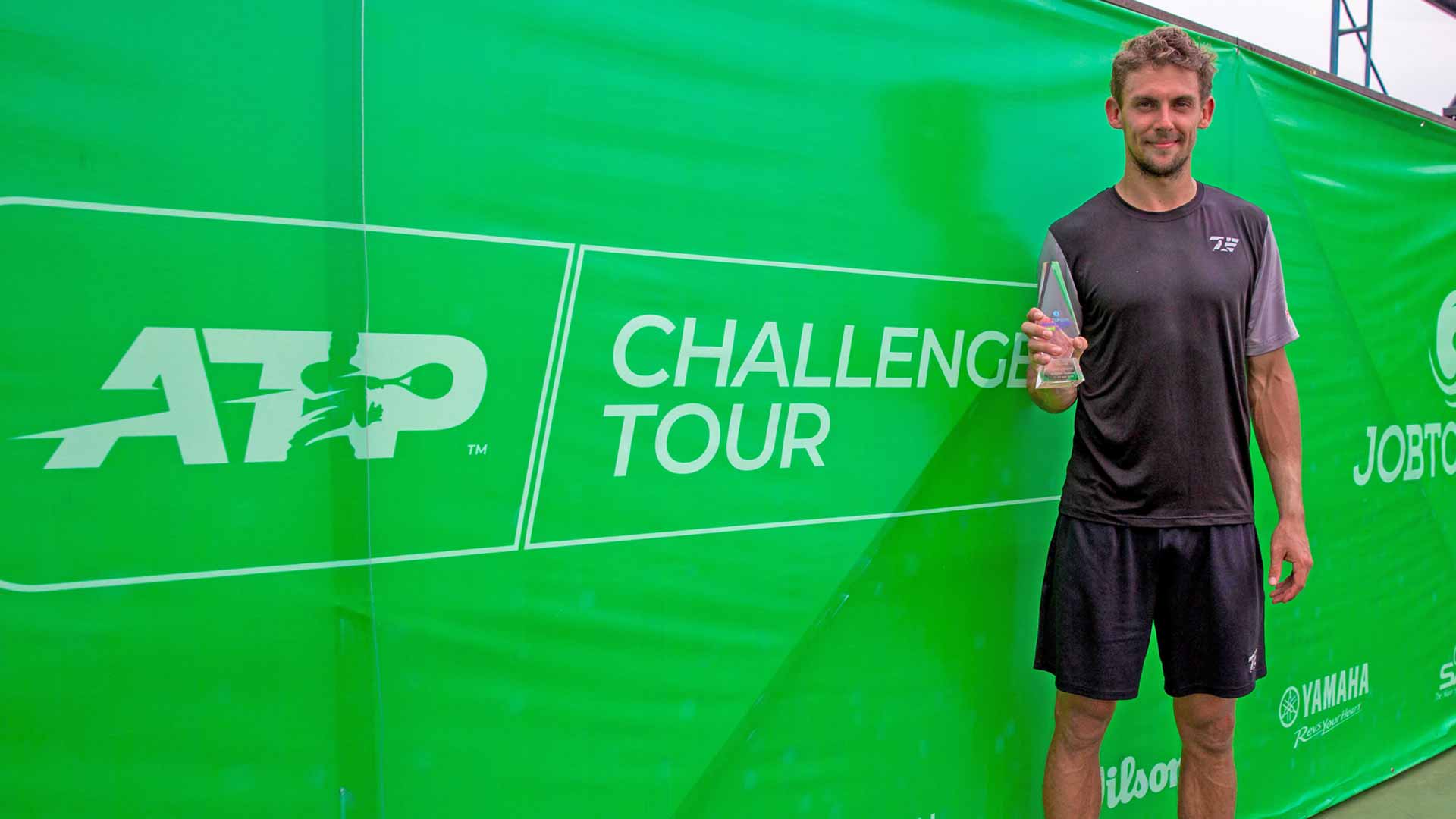 Meanwhile, in Morelos, Mexico, defending champion Dennis Novikov is back and joined by top seed Pedja Krstin and Americans Ernesto Escobedo and Christian Harrison. Victor Estrella Burgos, champ in 2015, is an unseeded threat.

And the Bangkok Challenger II is also on the docket, with Laaksonen looking to go back-to-back. Prajnesh Gunneswaran leads the field with a trio of Japanese players - Tatsuma Ito, Yuichi Sugita and Hiroki Moriya.