Hyeon Chung lifts the trophy in Chengdu, taking the title in his first tournament back from injury.

A LOOK BACK
International Challenger Chengdu (Chengdu, China): Look who's back! Hyeon Chung claimed his first title since the 2017 Next Gen ATP Finals, prevailing on the hard courts of Chengdu. It was the Korean star's first tournament back, following a five-month absence due to a back injury.

Chung made quite the statement to kick off his comeback, rediscovering his rhythm in a hurry, en route to his ninth ATP Challenger Tour title overall. The former World No. 19 is well on his way to a Top 100 return, rising to No. 141 with the victory.

"I'm really happy because I missed the competition and I'm looking forward to playing even more," Chung told ATPChallengerTour.com. "The weather here was really hot and humid and I played three long matches in a row. I was trying to stay calm all the time and fight for every point. It feels great to be back on court and without pain. I practised really hard to get here."

In Sunday's final, Chung defeated Yuichi Sugita, who was coming off a title in Binghamton, New York, the week prior and traveled 7,000 miles to compete in Chengdu.

The Professor Is Back: Chung Returns At Chengdu Challenger

That did not take long.

In his first tournament in five months, @HyeonChung is the CHAMPION in Chengdu. Stunning week for the 🇰🇷 to take the 🏆. pic.twitter.com/tXfxSG4Ekk

Open Castilla Y Leon (Segovia, Spain): Some things are worth the wait. After two years, Nicola Kuhn is a Challenger champion once again. The #NextGenATP star rose 50 spots to a career-high No. 188 in the ATP Rankings after prevailing on home soil in Segovia.

Kuhn did not drop a set all week, culminating in a 6-2, 7-6(4) victory over Pavel Kotov on Sunday. It was the second title of the 19-year-old's fledgling career and first since he lifted the trophy in Braunschweig, Germany, in 2017.

"After every match I was feeling better about my game and with more confidence," said Kuhn. "I thought I played at a very high level, especially today. I am very happy for this great achievement and I know that I'll continue getting better every day. I hope to return to this tournament one day, but not to play. It would be a good sign." 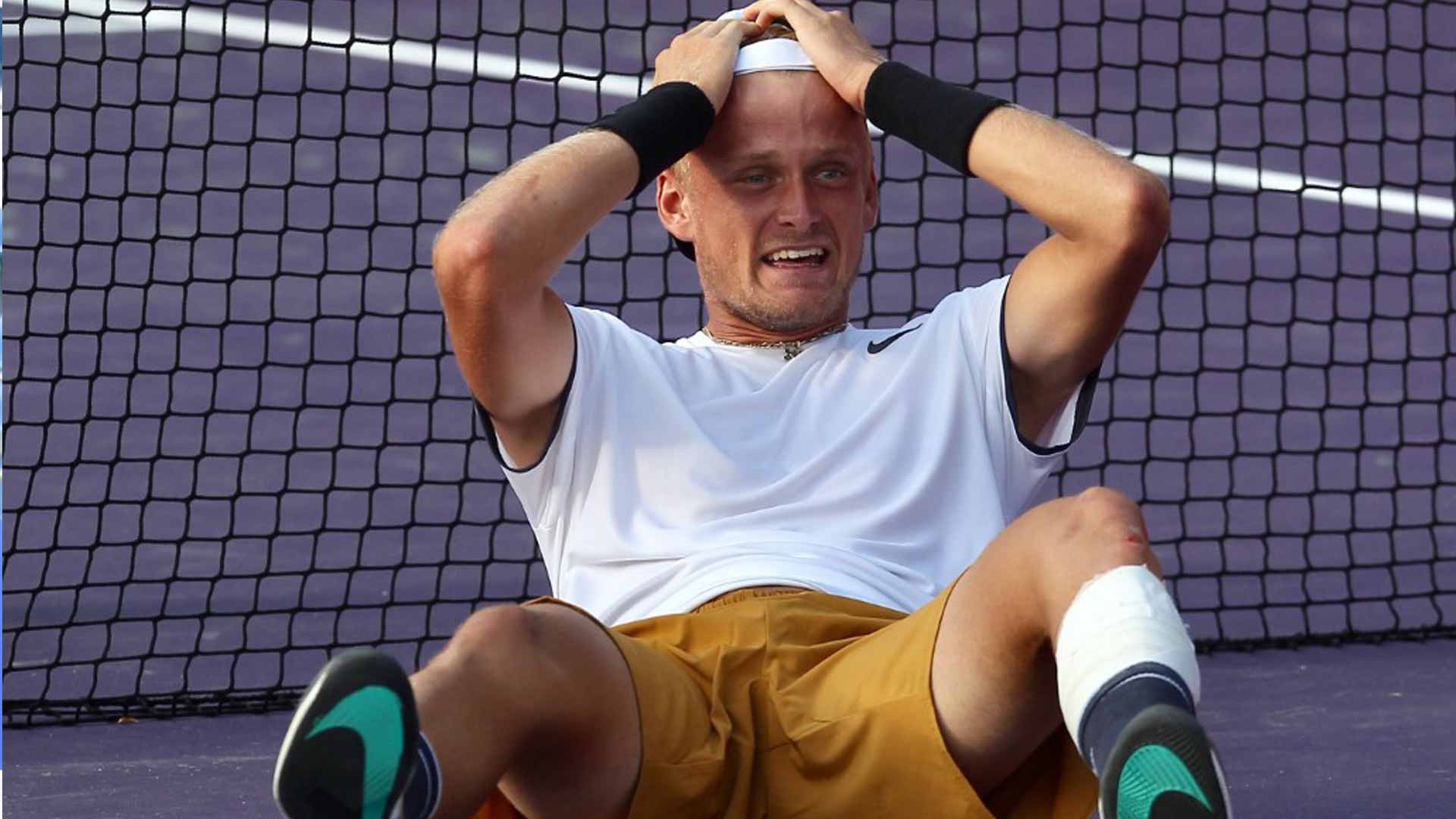 The 17-year-old is making his presence known in 2019 and etching his name in the history books in the process. He became the 11th player aged 17 & under to win multiple titles on the circuit. The Italian teen is also the third do to so in the last five years, joining Taylor Fritz and Felix Auger-Aliassime.

You May Also Like: Challenger Q&A: Sinner, 17, Joins Elite Company With Lexington Title

BNP Paribas Sopot Open (Sopot, Poland): It has been quite the summer for Stefano Travaglia. In June, the 27-year-old cracked the Top 100 of the ATP Rankings, and he would storm to his first ATP Tour quarter-final in Umag a month later.

Now, Travaglia has a piece of silverware to add to his growing trophy case. The Italian stalwart claimed the second edition of the Sopot Open in front of a packed crowd at the Polish resort town. The top seed defeated Filip Horansky 6-4, 2-6, 6-2 in Sunday's championship.

It was his fourth Challenger title in total and second of the year for Travaglia, in addition to his victory on home soil in Francavilla al Mare. He is up to a career-high No. 79 in the ATP Rankings. 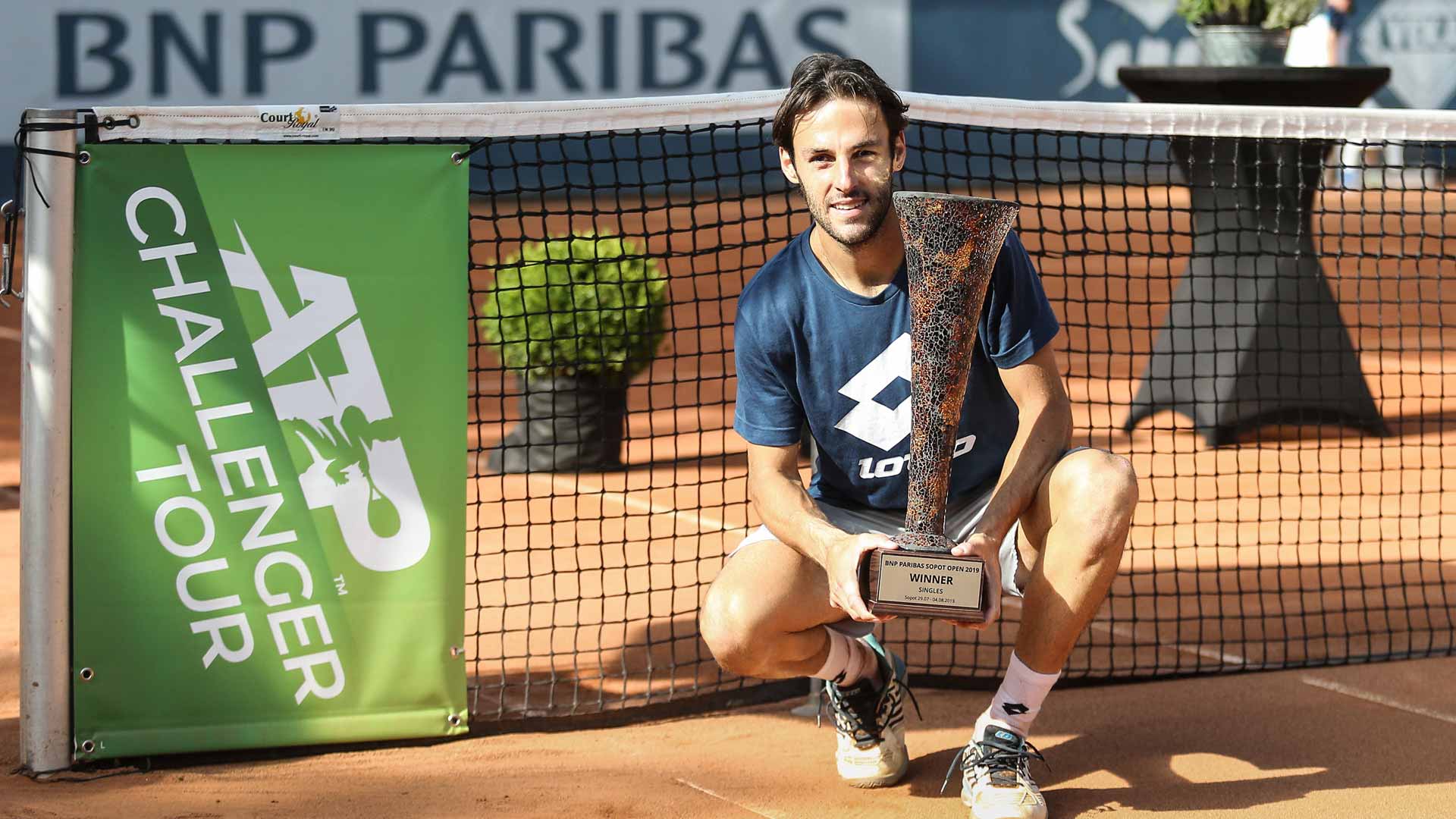 Svijany Open (Liberec, Czech Republic): Nikola Milojevic won his second Challenger crown and first of the year, prevailing on the clay of Liberec. He defeated Rogerio Dutra Silva 6-3, 3-6, 6-4 in the final, marking his fourth deciding-set victory of the week. The Serbian rose 32 spots to No. 148 in the ATP Rankings.

At the inaugural Schwaben Open in Augsburg, Germany, Henri Laaksonen leads the field, while Paolo Lorenzi is the top seed in Manerbio, Italy. And in Asia, the Japanese city of Yokkaichi will host a Challenger for the first time. Seeded fourth, Hyeon Chung looks to go back-to-back.